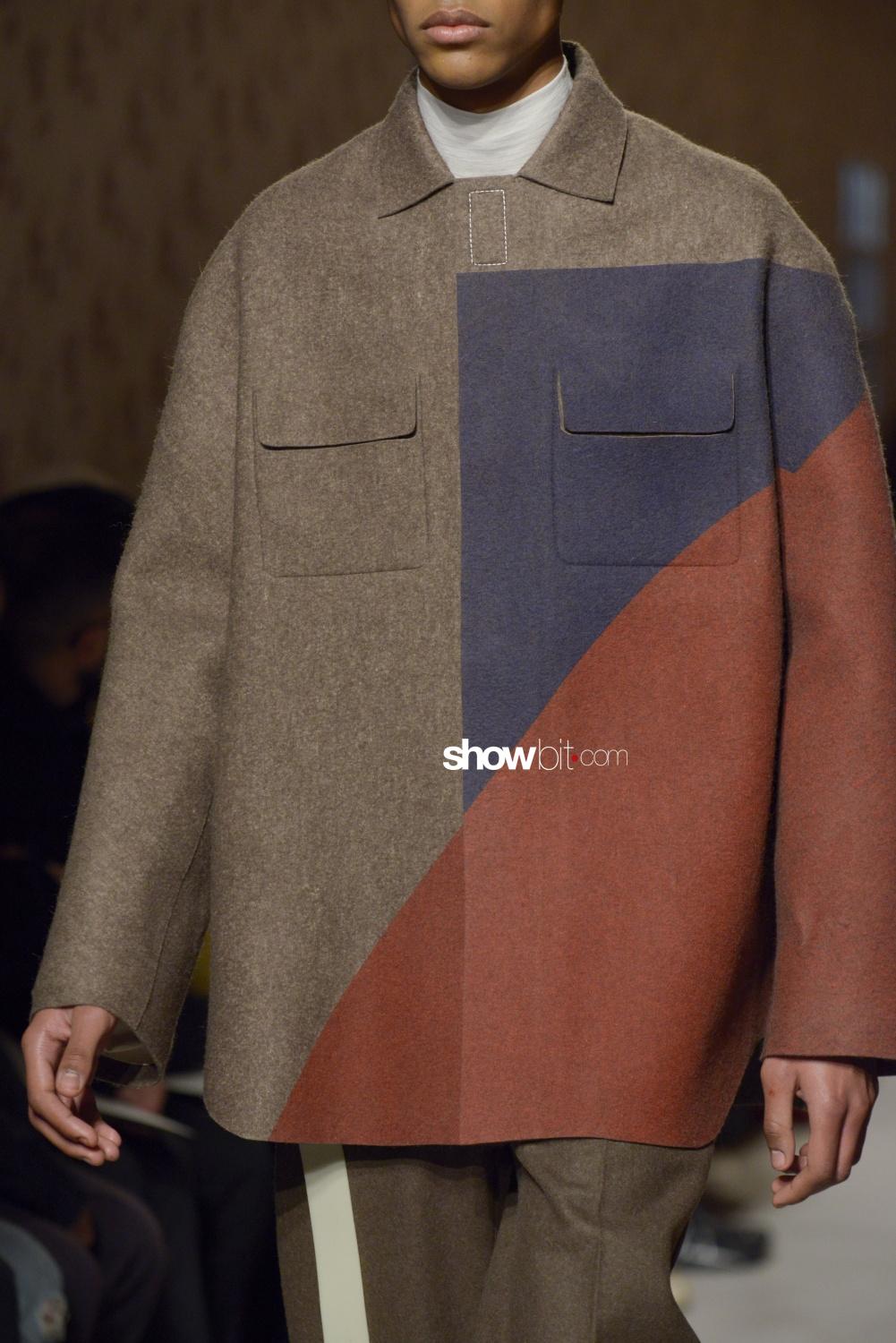 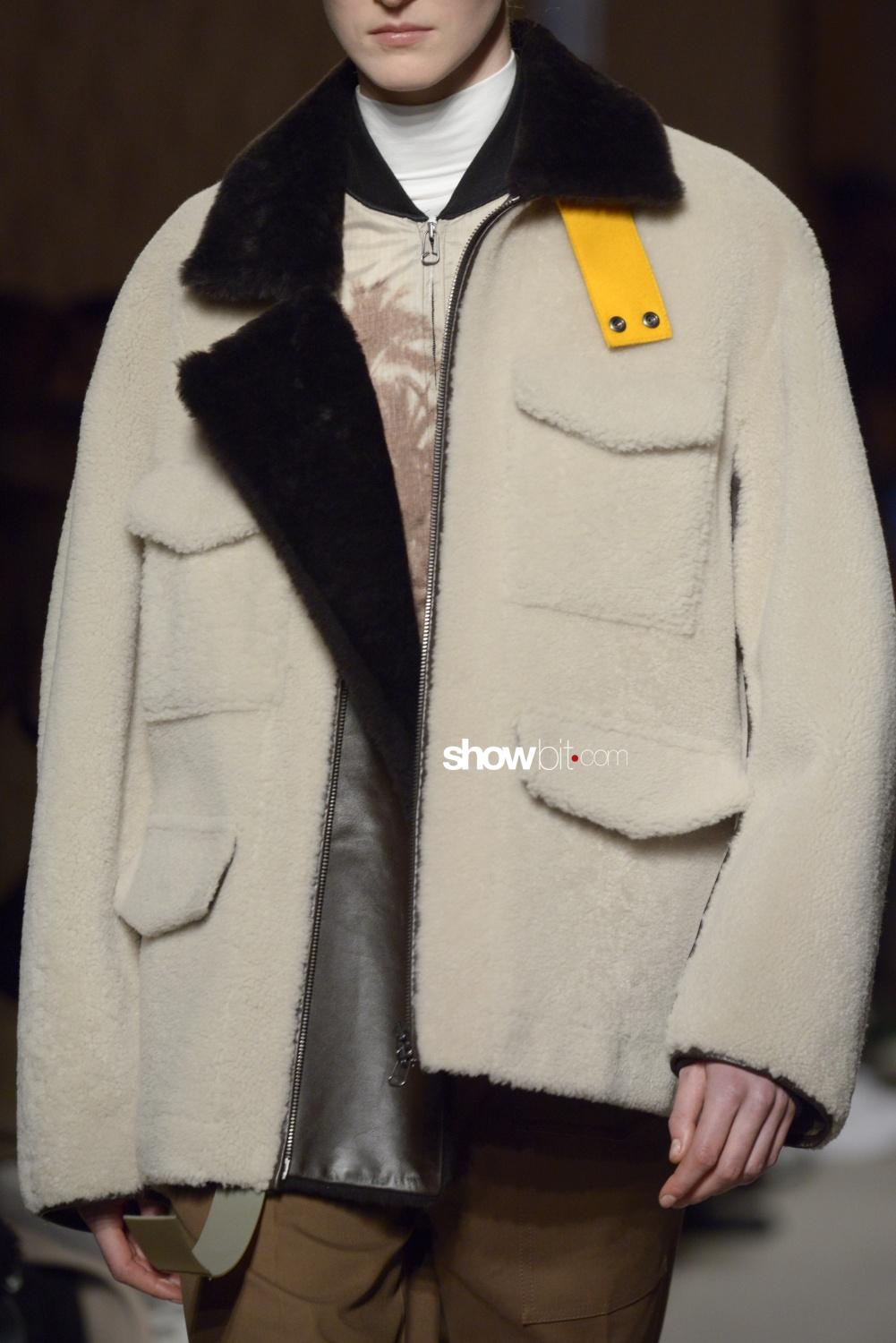 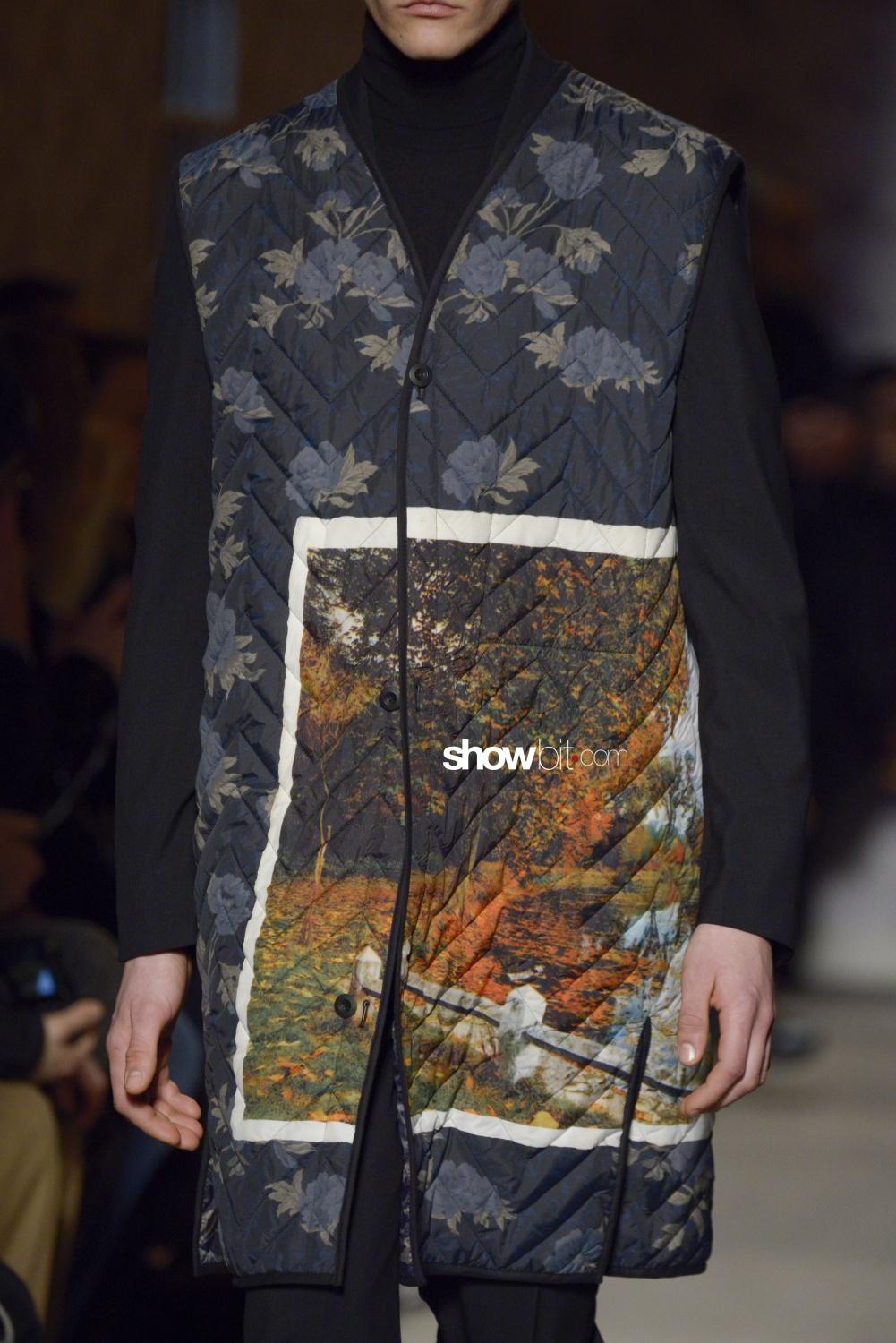 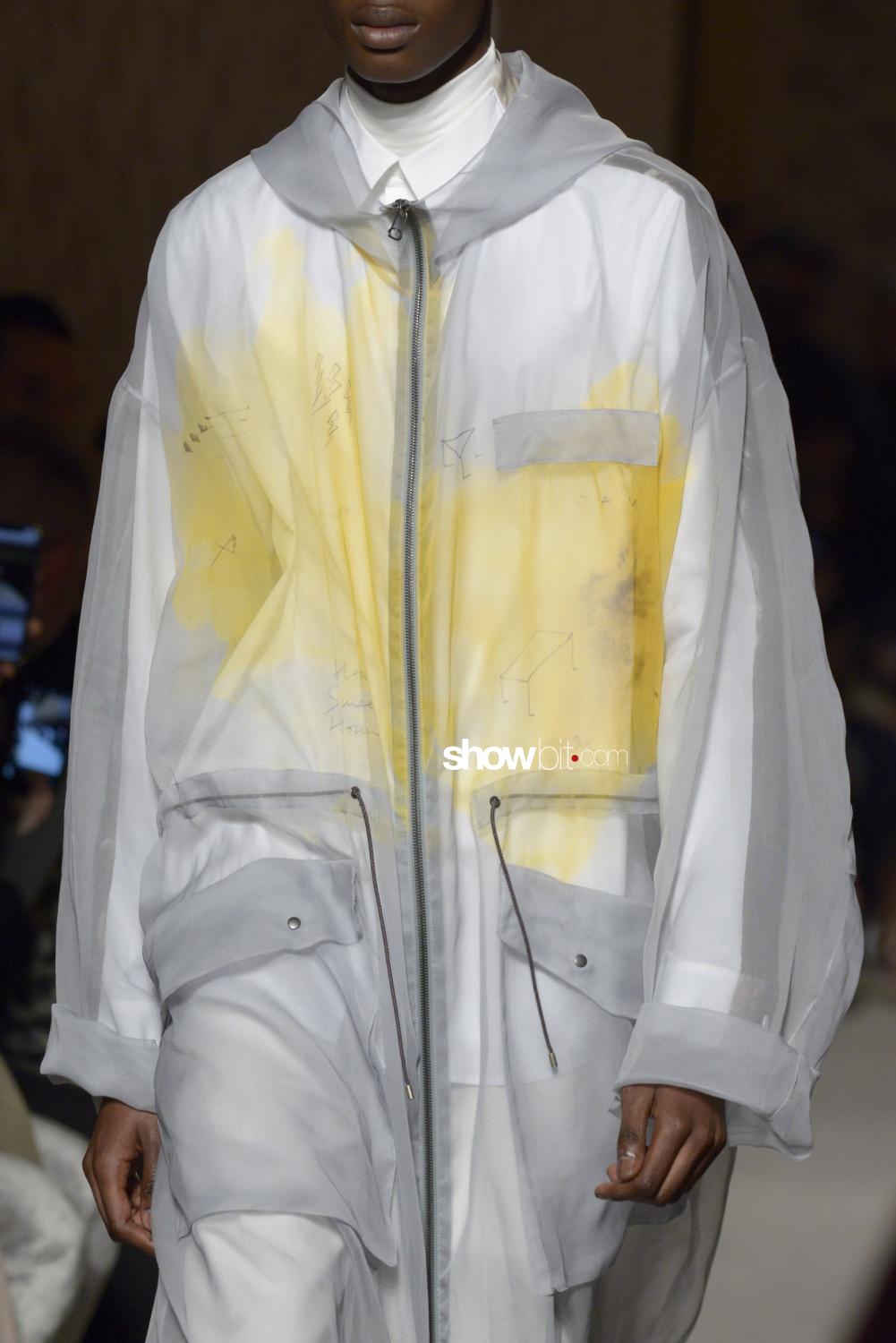 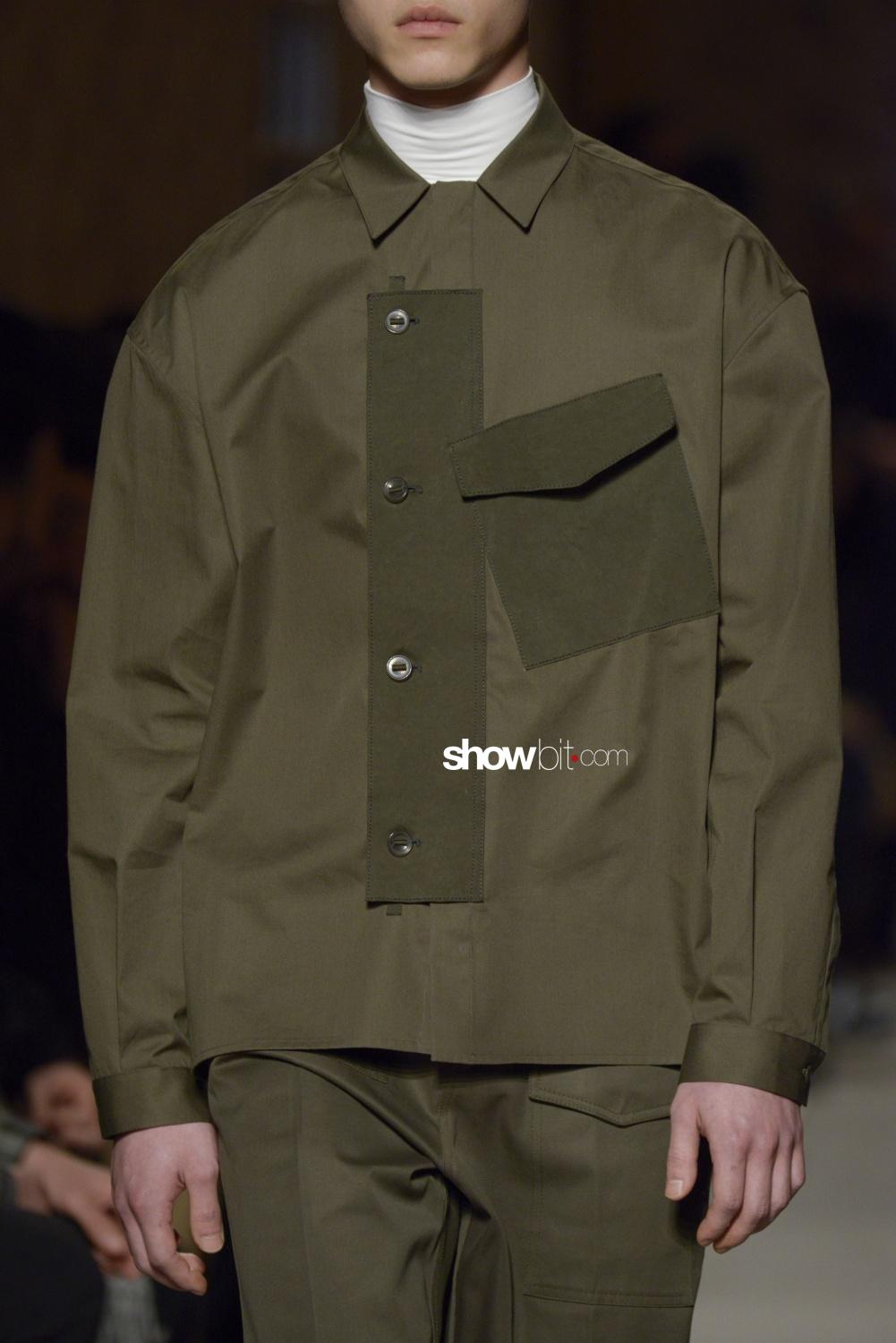 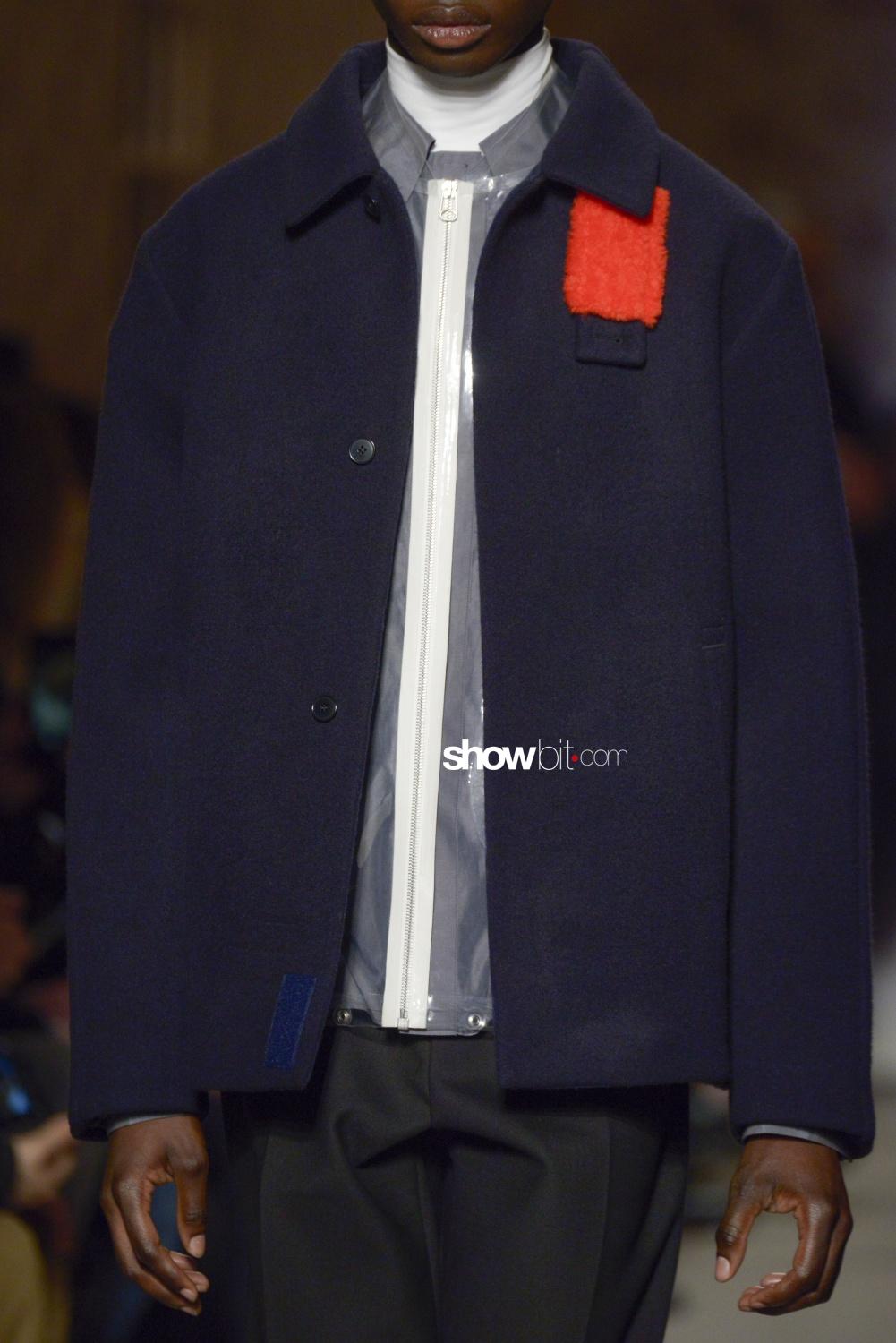 See all the photos of the collection:

A tribute to Beuys and Kelly for FW18 collection

An austere environment was the setting of the latest OAMC‘s fashion show. It’s a generic “home” that is both familiar and far away at the same time; a place that assumes different meanings for each individual.

The creative director Luke Meier focuses on the idea of “Home Sweet Home” that results powerful during war time. His latest show is a military-tailored collection that finds inspiration in two people that came back home from Second World War, id est the artists Joseph Beuys and Ellsworth Kelly.

Beuys was a fighter pilot and was shut down and nursed back to health (according to his own recollection) by being covered in fat and wrapped in felt blankets. This experience, real or not, influenced his artistic career all over the years, converting felt into a recurring material in his art.

In OAMC collection, Meier makes full use of heavy felts creating voluminous and modern tailored topcoats and suiting. They’re cut raw edges and there is the presence of geometric color-blocked printing that refer instead to Ellsworth Kelly’s colourful canvases.

Moreover, the participation to the “Ghost Army” of this last artist was an inspiration to create archetypal army garments made in “ghosted” light silk organza.

Shearling is also used for outerwear pieces, while wallpaper and postcard prints cover the removable quilted linings and technical outerwear.