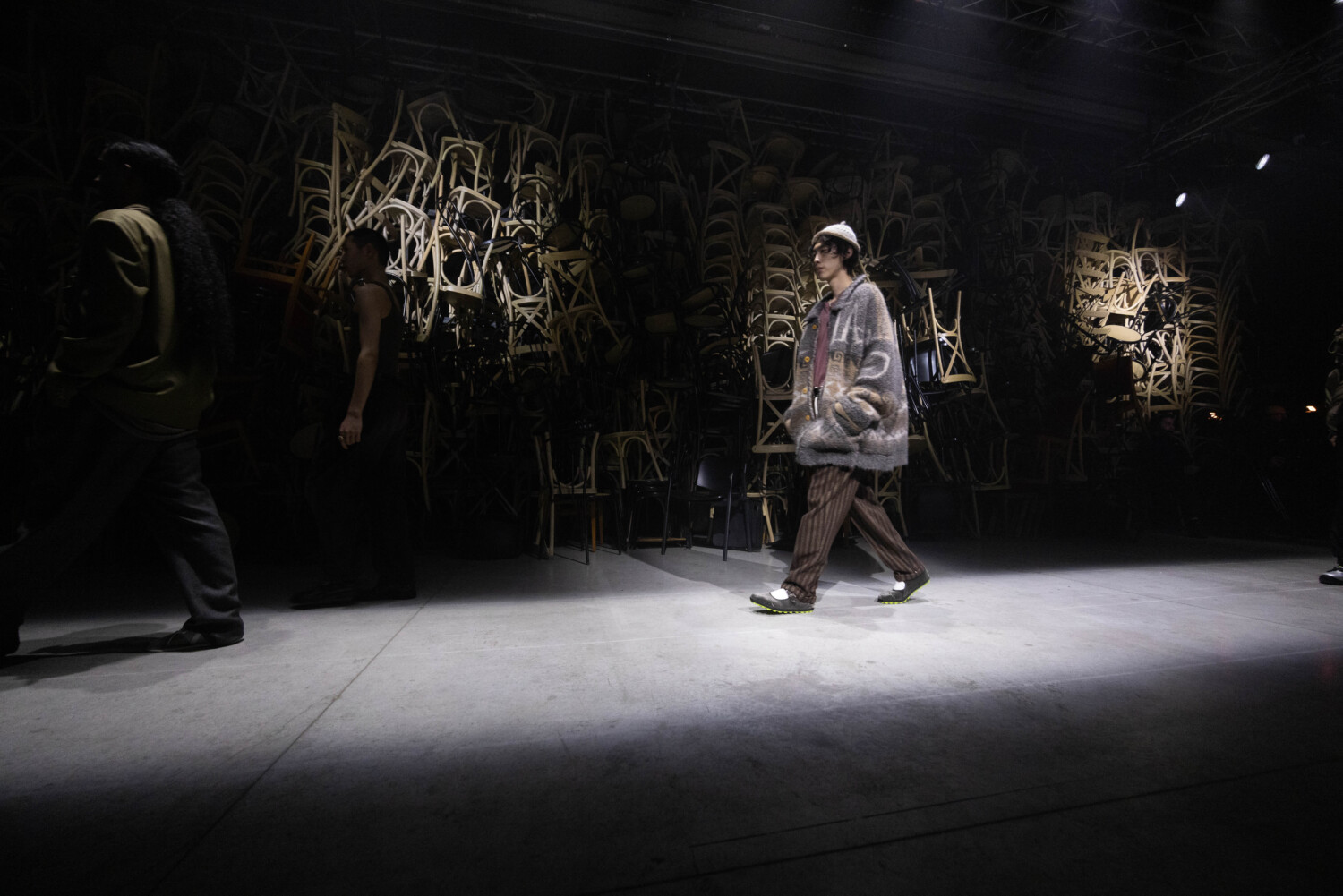 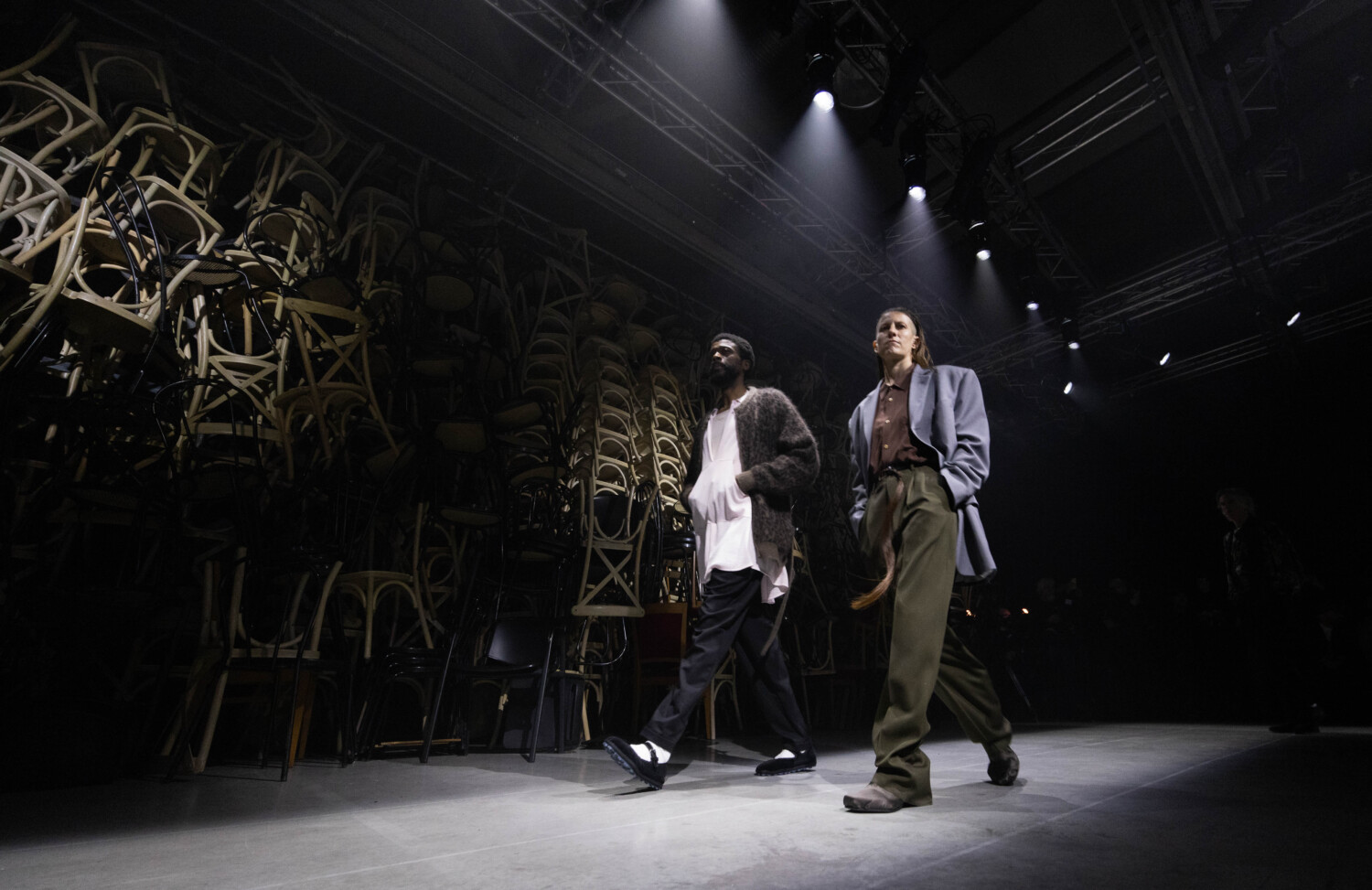 Impermanence & Discomfort both define the Scenery and the Collection

The models walked slo-mo along the catwalk, attentively scrutinizing the audience, one person at a time.
Between suits made of raw cuts and unrefined fabrics, old military blankets turned into dressing gowns and disassembled cashmere sweaters; and again, contorted and knotted fabrics, and dramatic drapings, Magliano’s FW23 collection unveiled before guests’ eyes in what revealed to be a more metaphoric understanding of the way of dressing.

It is about real stories, such as those concerning the working class – a theme Luchino Magliano clearly has at heart; and these stories are told through an expert and emotional use of poor fabrics and special treatments in order to express his signature sense of inconvenience and discomfort.
Disturbing objects contributed to the conveyance of the message – or better said, the sensation: braids of hair dangling as a charm from a belt, or a broken glass bottleneck pinned on a jacket’s lapel as a brooch, as well as a fly resting on a sartorial jacket. They are all metaphors that hark back to the dreadful horizons of reality: “I can’t help keeping on my retina images of what happens in the world. Bombs have been made out of bottles, women’s long hair has been cut. The fly is a memento mori, reminding us of the impermanence of our lives on earth”.

The fashion show’s scenery could not but reflect the same dark mood: conceived by Davide Stucchi, an unstable wall of chairs, within a gloomy space in the underbelly of a school in SouPra – the new Milanese area named “South of Prada”, placed south of Fondazione Prada – was what Magliano’s audience found as a rather ominous background of the show. The same chairs, of different sizes and types, served as seats for the guests, offering them the feeling of watching the show hanging in balance and making them feel uncomfortable.

Dramatic, maybe? Not exactly. We would rather define Magliano as reflective about the inconvenient current situation, and he probably wants us to do the same. “It just comes from an inner place, it looks inward, like this venue, we wanted to represent a luogo interiore, an inner ground”, he affirmed.