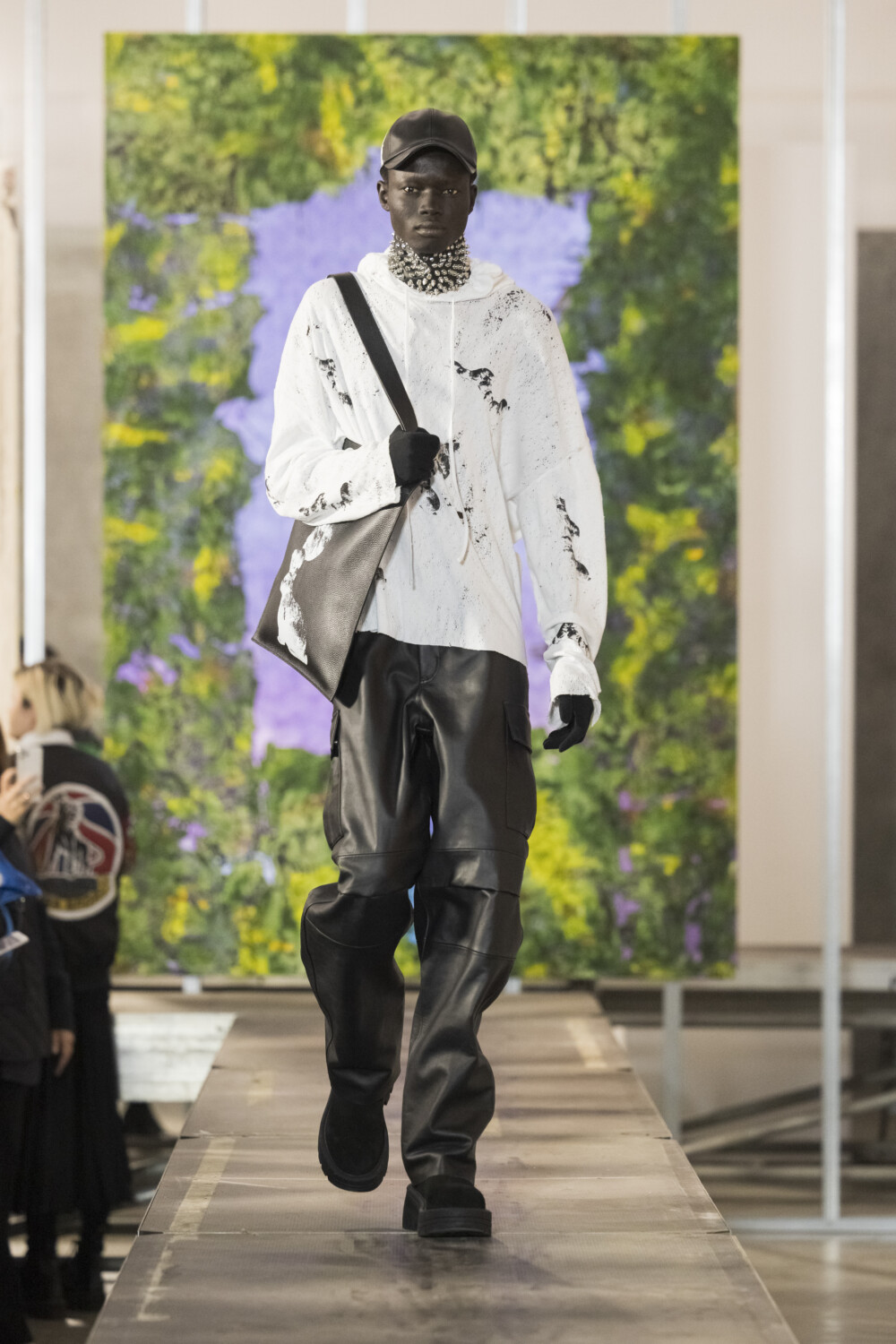 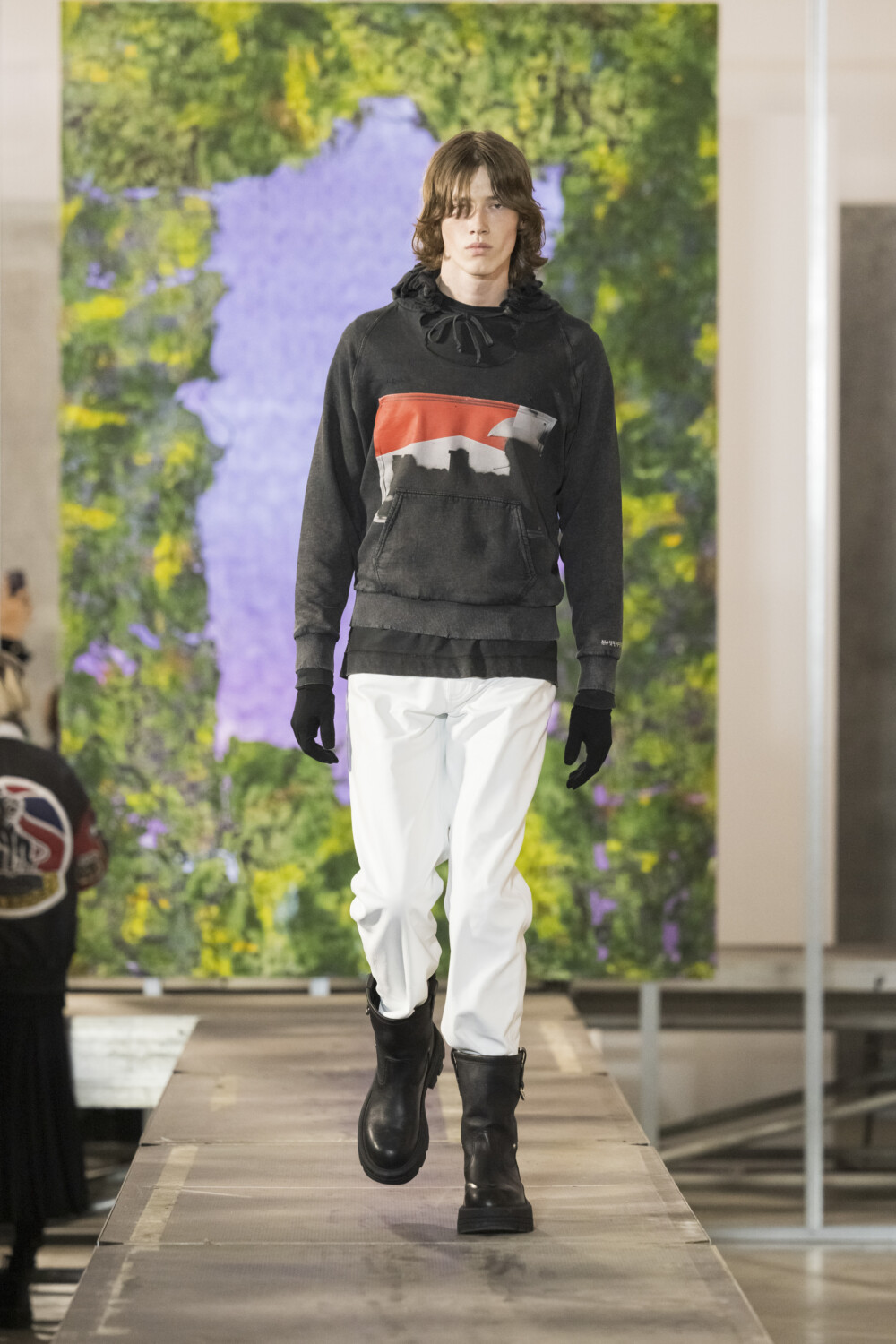 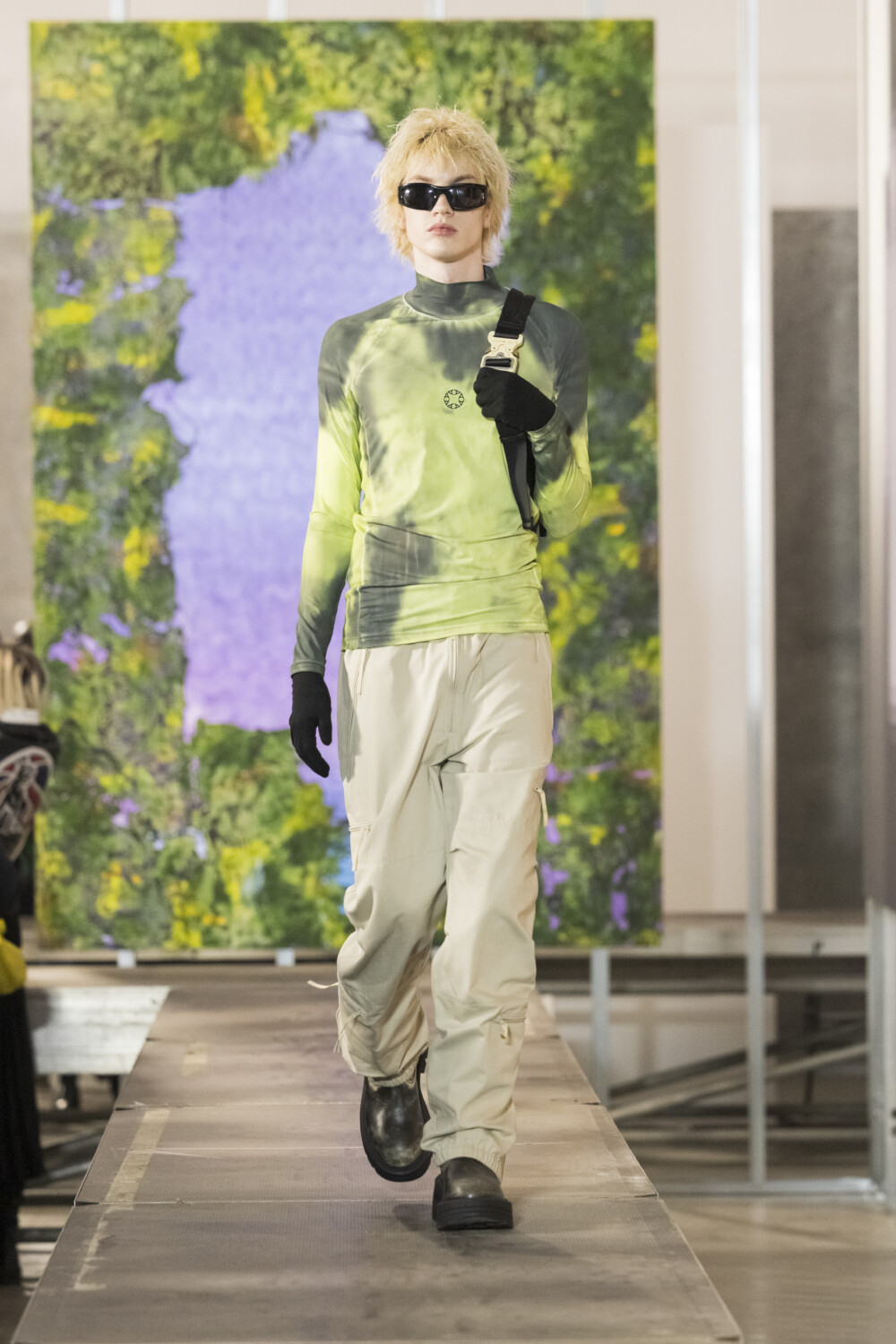 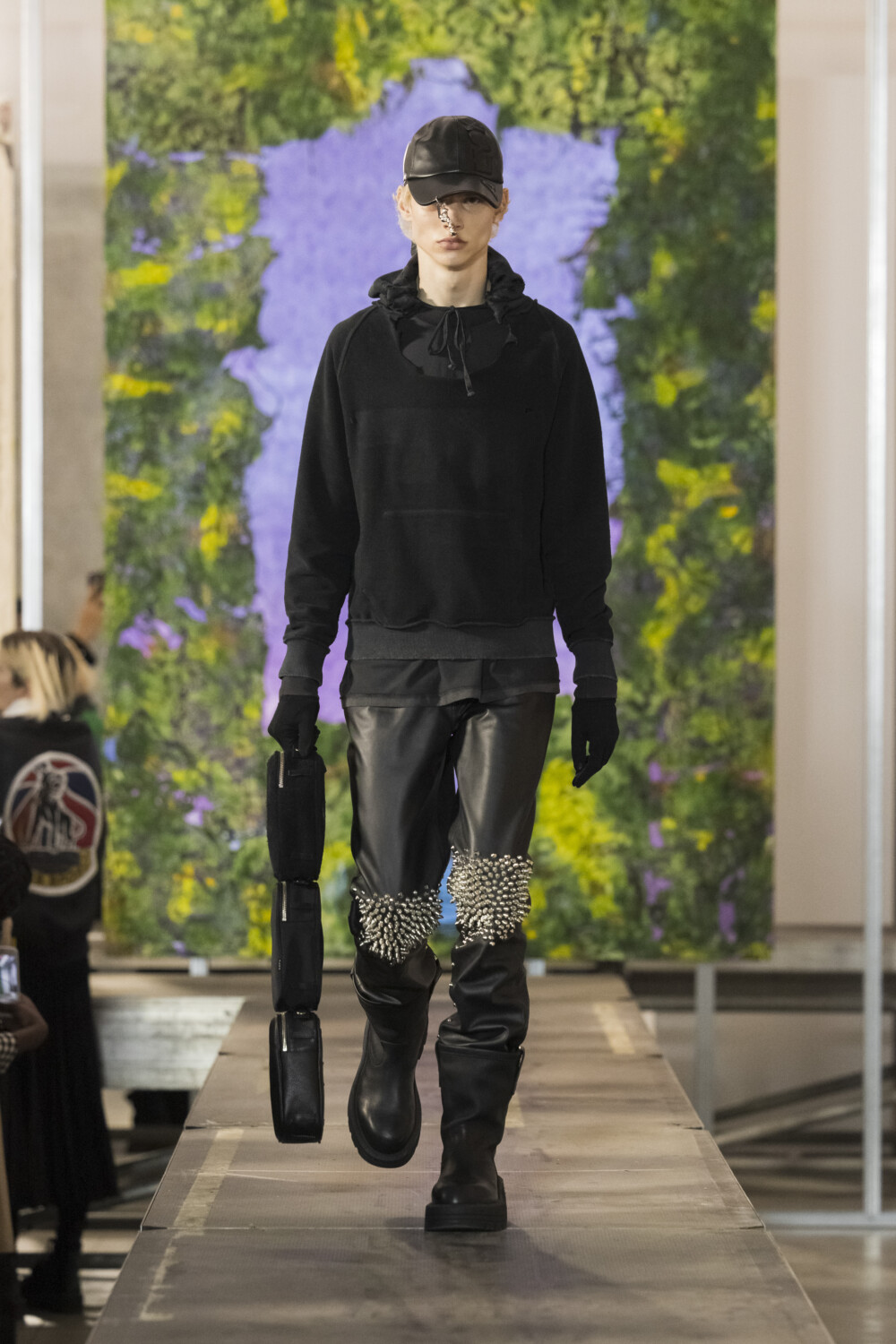 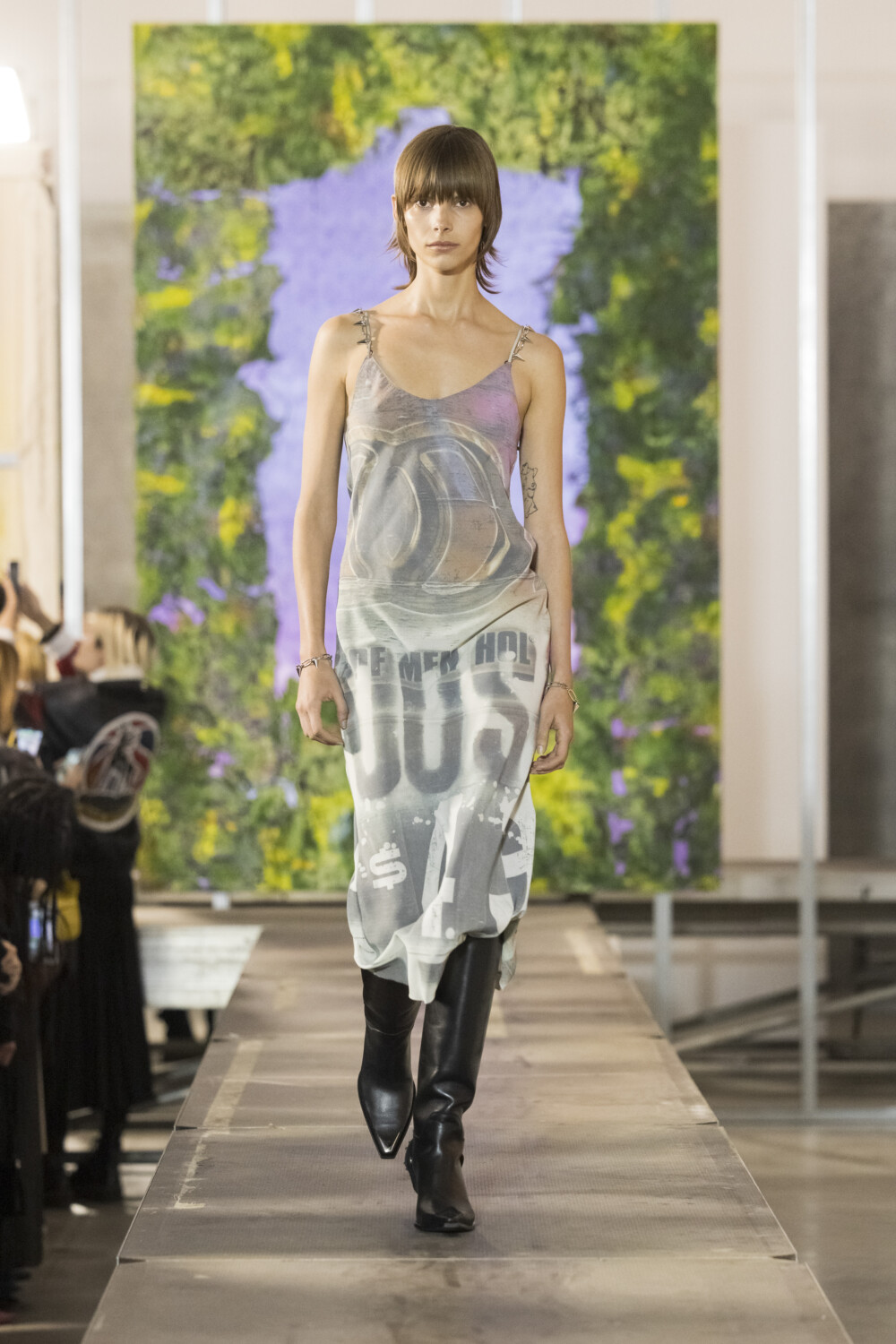 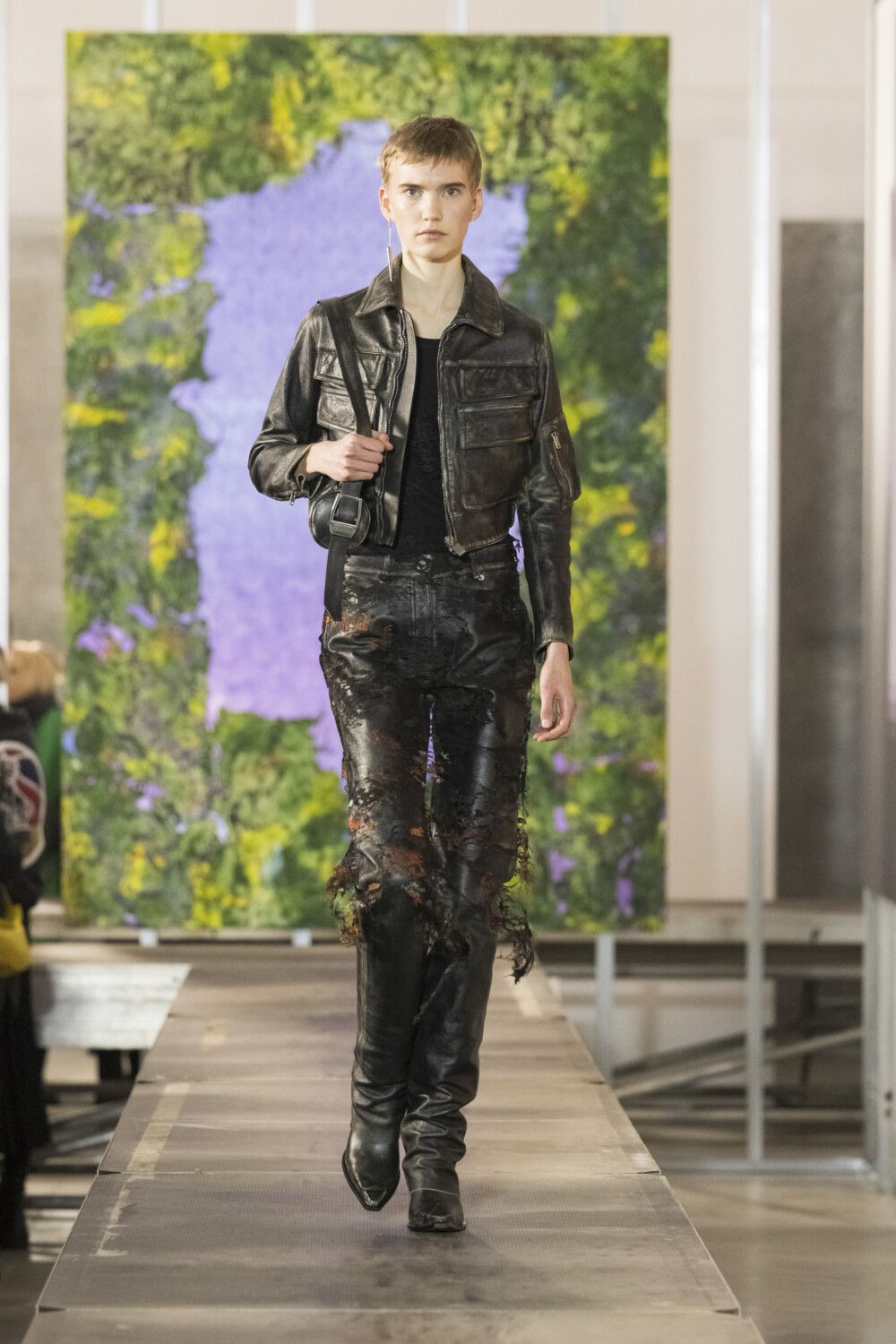 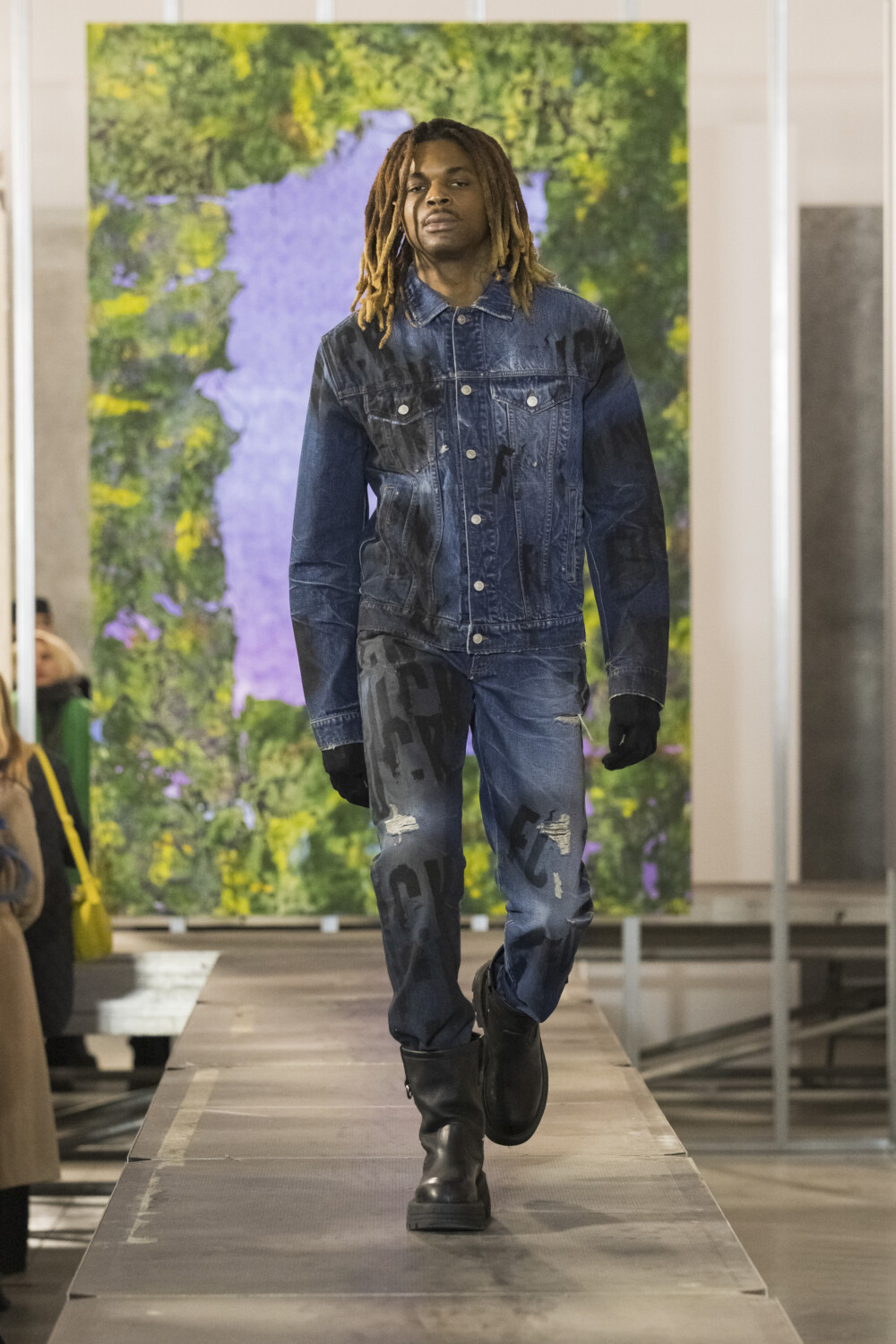 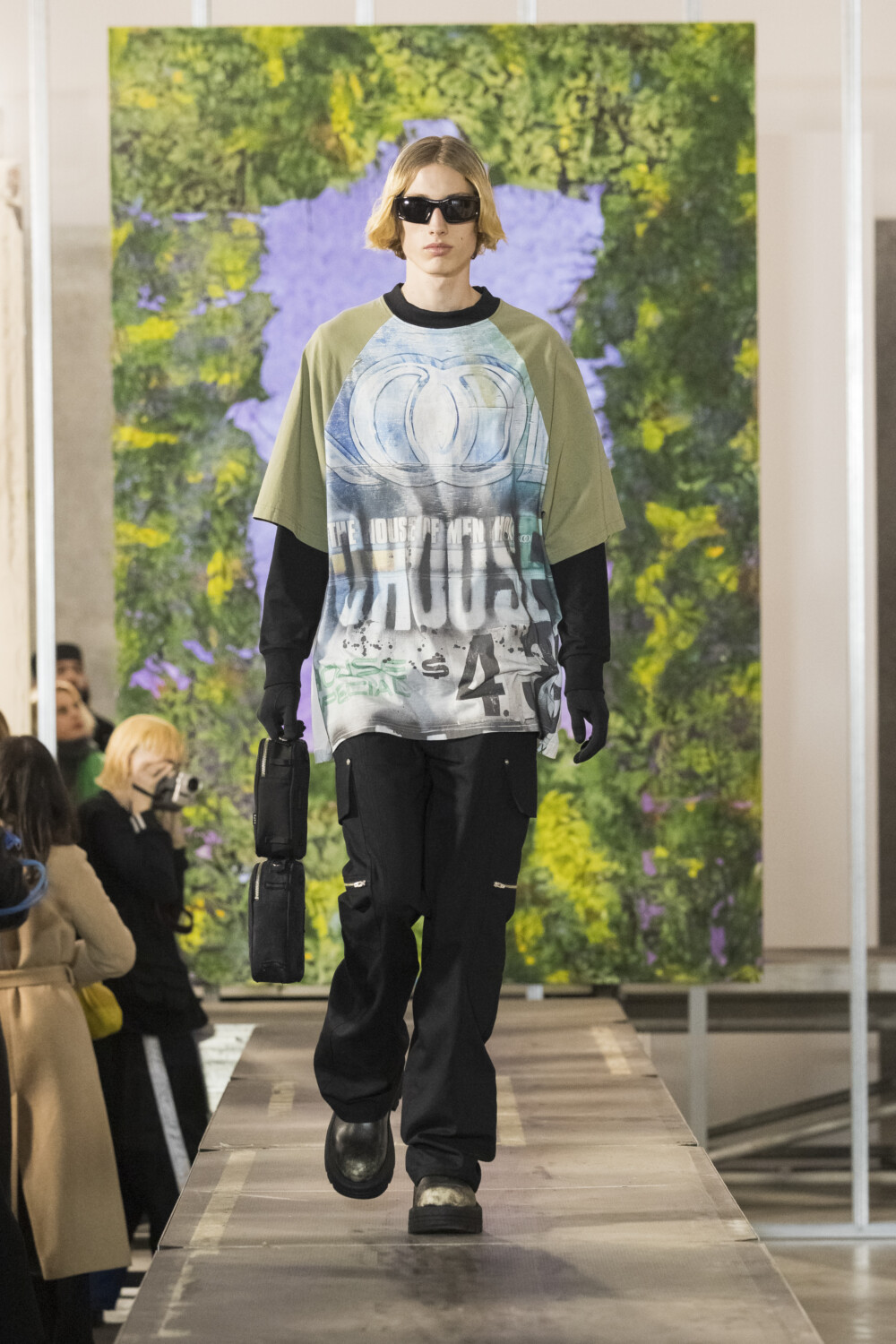 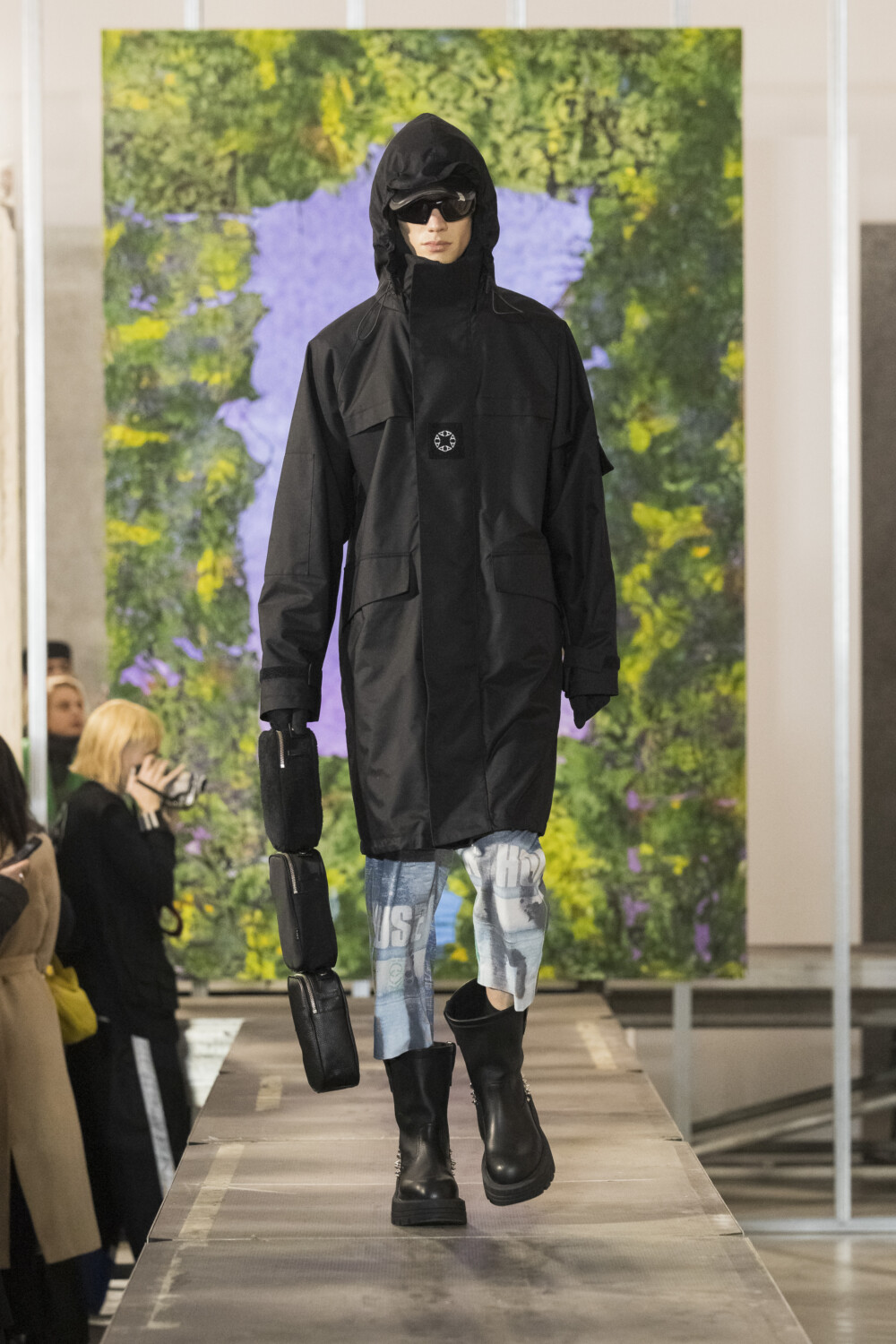 Some outfits from Alyx FW23 collection. See all the photos

Grunge Flair and Punk Controversy speak the language of Art

It is a kind of fashion that evokes grunge-era and punk-ish reminiscences, that of Matthew M Williams. But also a winning commingling of Fashion and Art which makes his streetwear so unique. What’s for Fall-Winter 2023?

In Matthew M Williams clothing pieces, there’s something unpredictable: that’s because hybrid references – mostly from the artistic field – and interpretations of them constantly change, each passing season, always keeping his aficionados guessing about his next work.

For FW23 at 1017 Alyx 9SM, the talented creative director – who is also at the helm of Givenchy – chose to collaborate with American artist Mark Flood, well-known for his punk-informed and socially controversial attitude. (In a nutshell: among his works, often embedded with dark humor, we can see irreverent slogans, memes and distorted images that make fun of American society and traditional art, and plenty more besides).

On the occasion of Milan Fashion Week, they teamed up to conceive an exhibition at Spazio Maiocchi, whose walls were covered in Flood’s latest work, and to co-create the latest collection for 1017 Alyx 9SM, which resulted in a crossroad of references all rooted in a sort of teenage anarchy.

The artist’s propaganda-like prints, the pixelated graphic effects with a ravey feel were disseminated on William’s hoodies, oversized t-shirts and women’s dresses. Black street pieces such as technical shells, puffed bomber jackets and giant leather cargos – paired with huge-soled military boots – with a vaguely dystopic attire, were combined with distressed leather garments, that purposefully wear down with usage, revealing the layers beneath. Hand-burned and psychedelic tie-dyed jerseys were all skilfully handmade by Italian artisans, and studs were applied manually one by one on jeans’ knees, jackets’ elbows and neck collars. Perfectly integrated into the collection, a sportswear offering – made of neon track jackets, tight sports tops and shorts – added versatility to the whole.

The result is a street & sporty collection that loudly expresses a punk-inspired and anarchic attitude totally in sync with Flood’s artistic character, confirming Williams’ ability to safeguard his brand’s hybrid creativity and dynamic relevance to the present times.