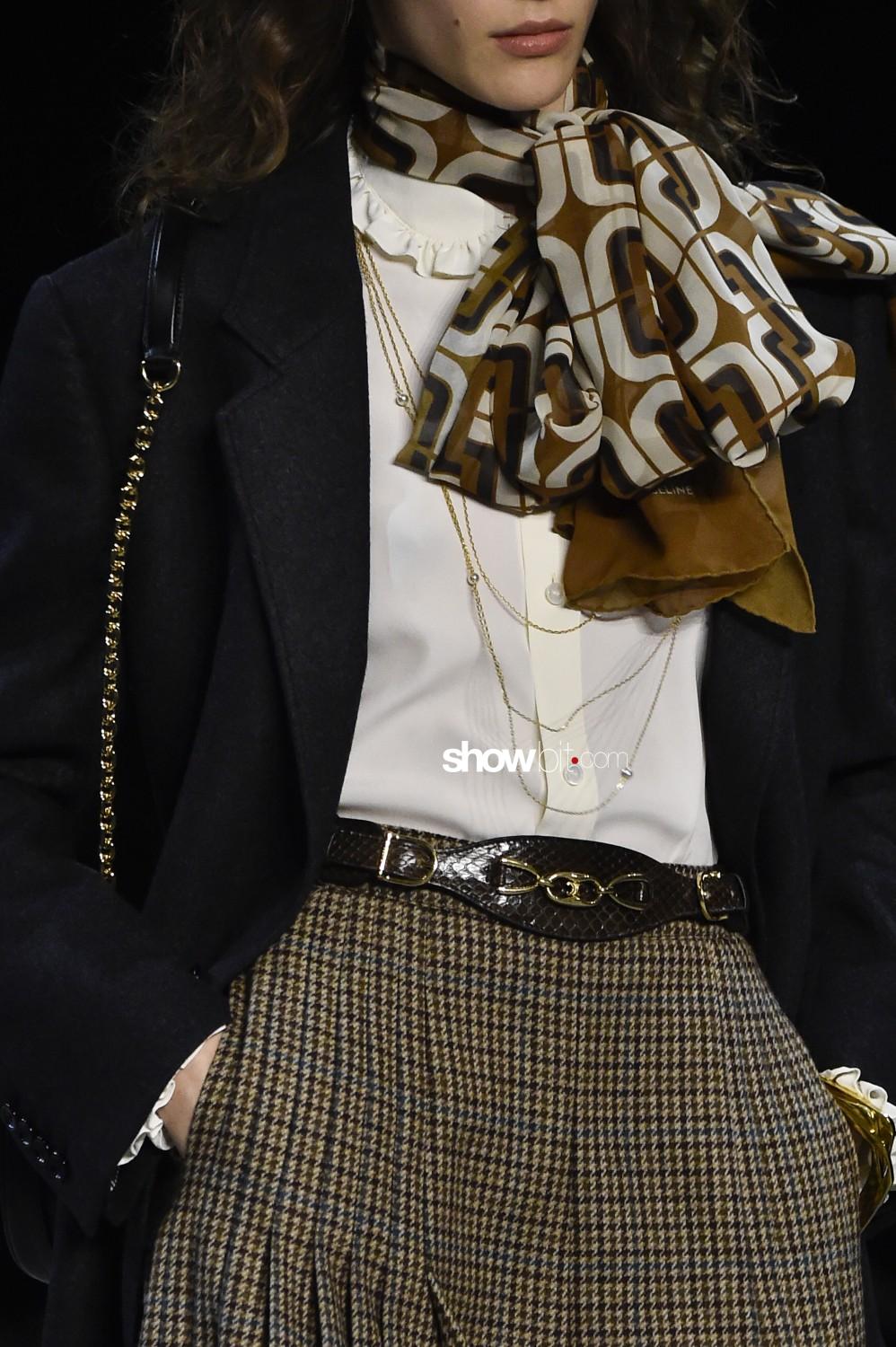 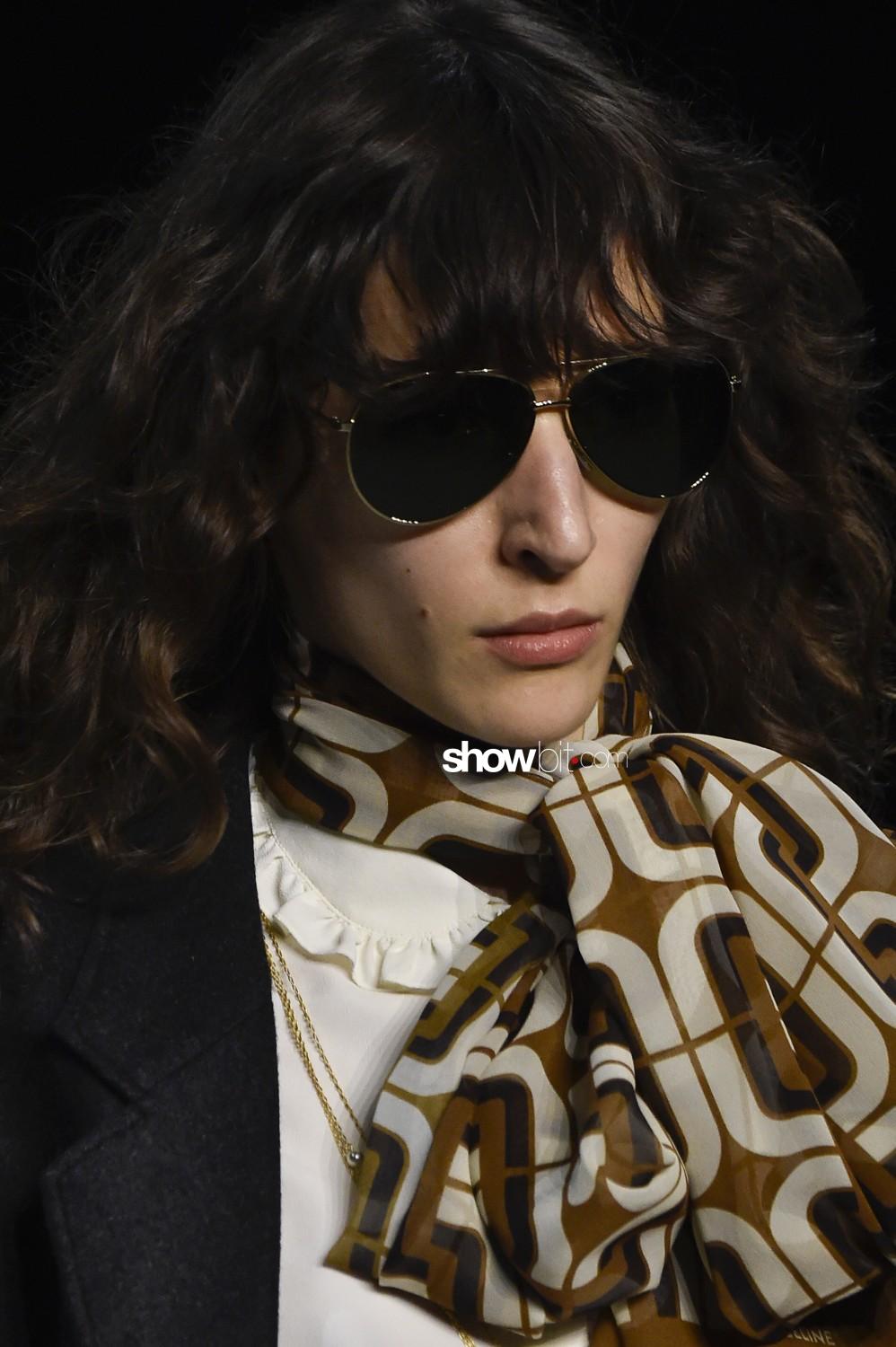 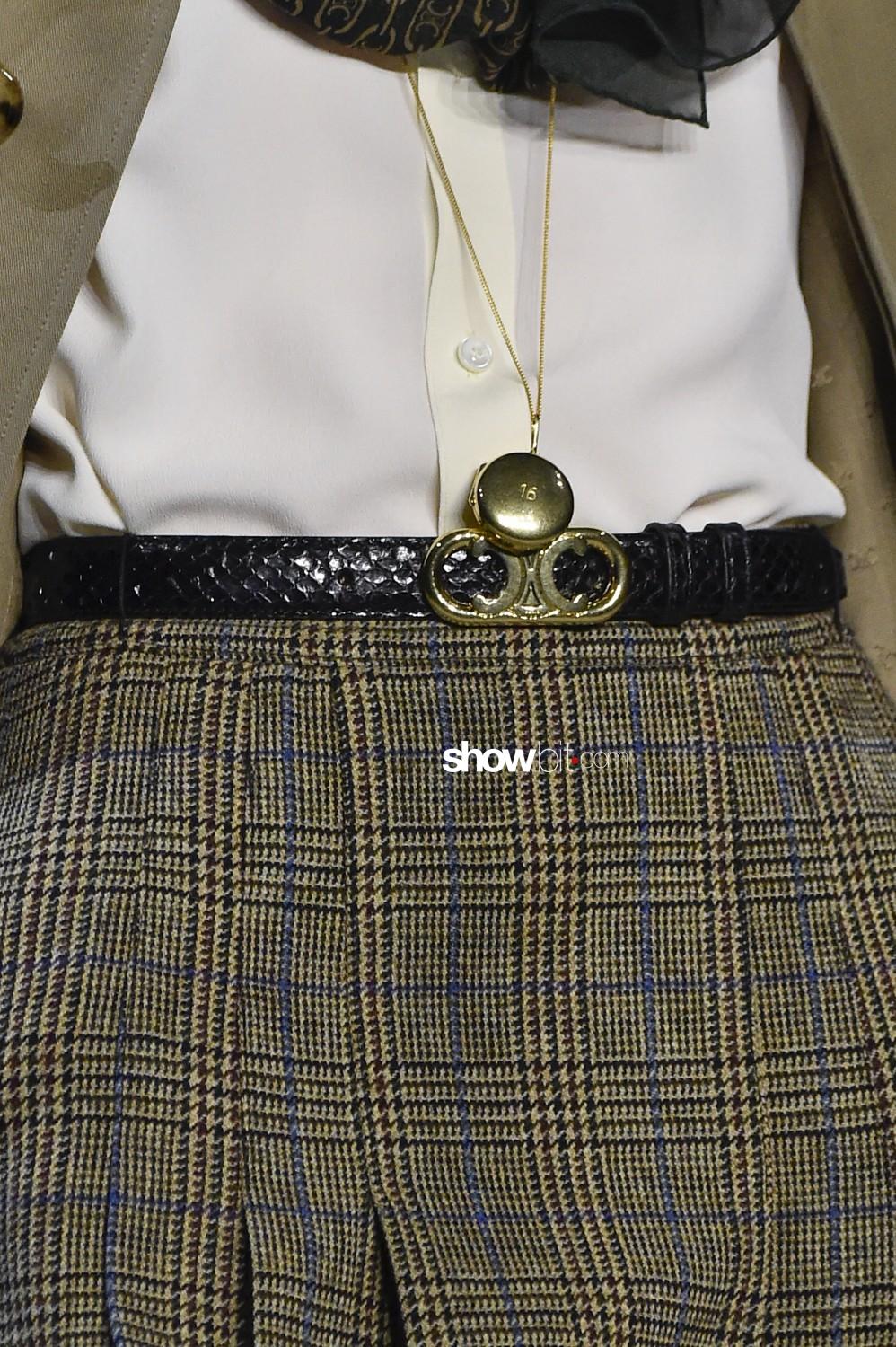 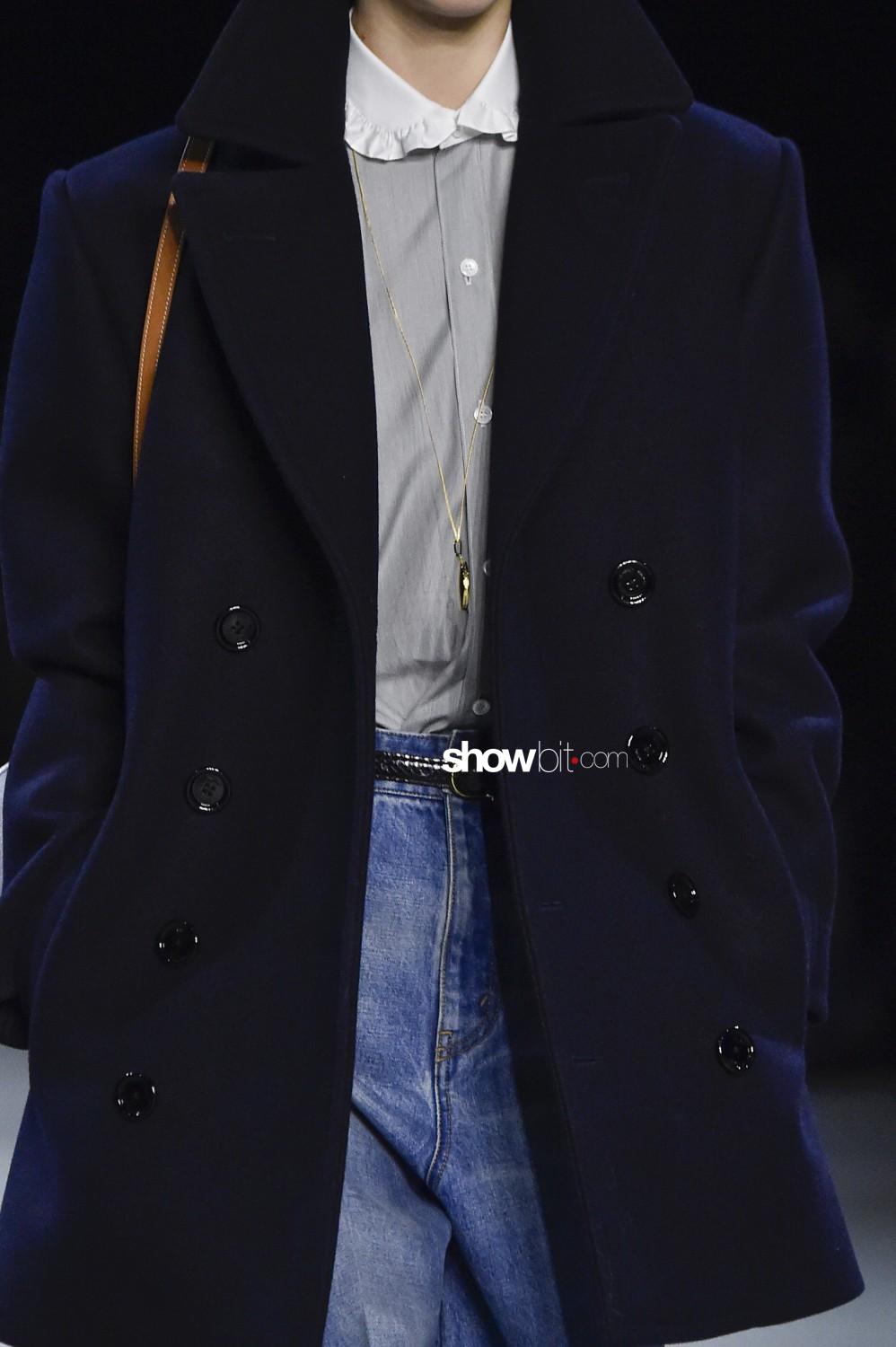 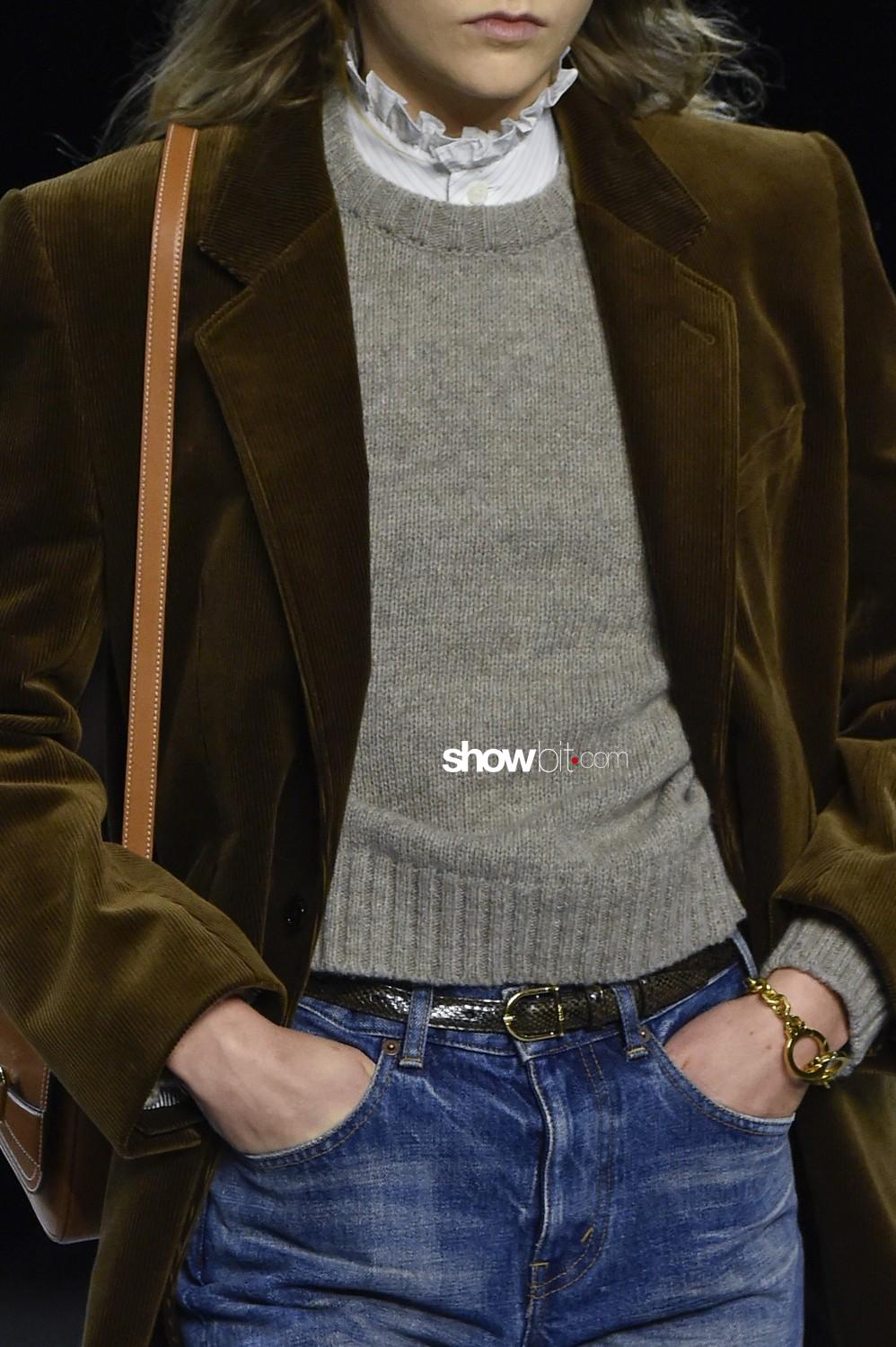 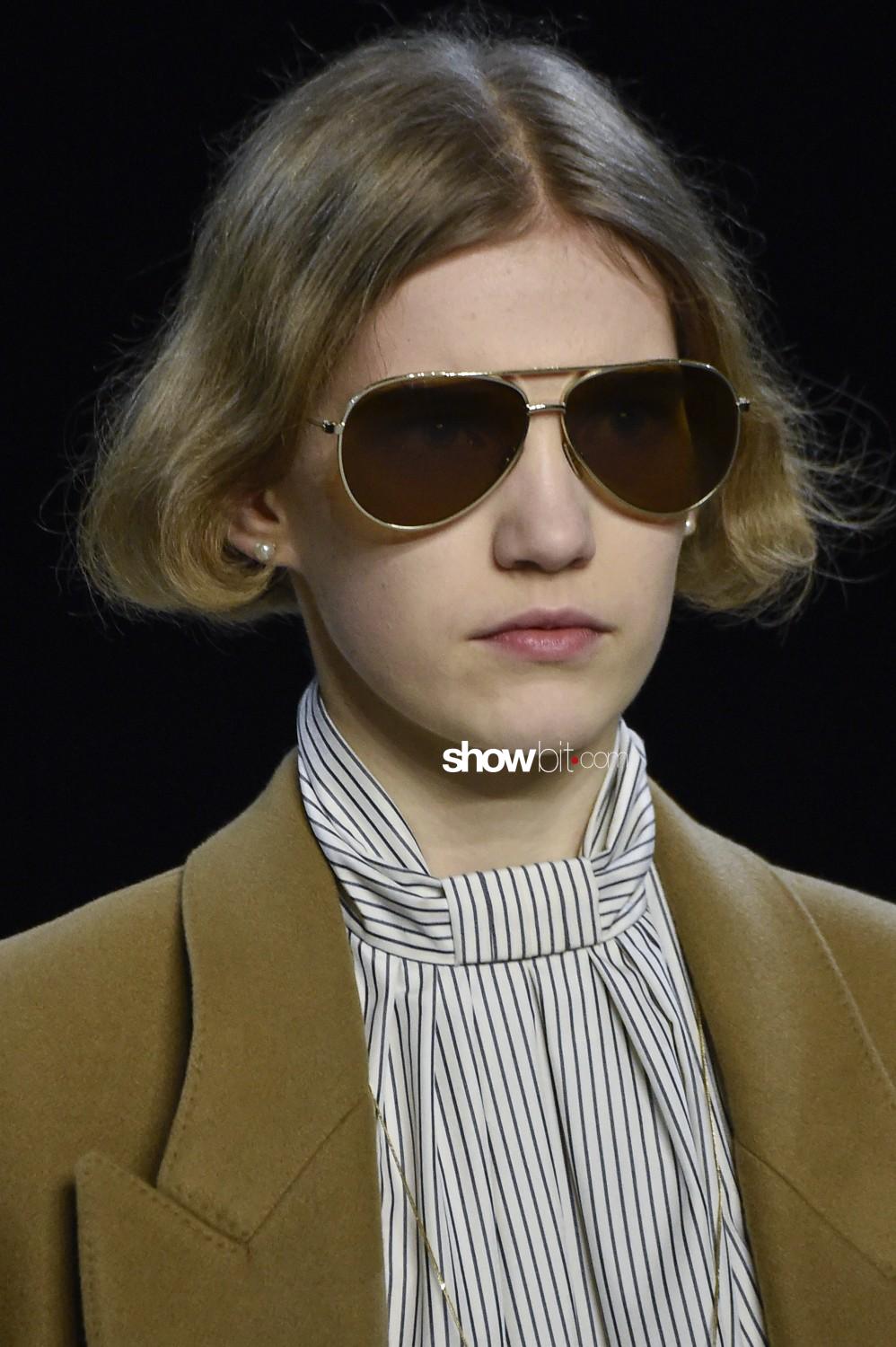 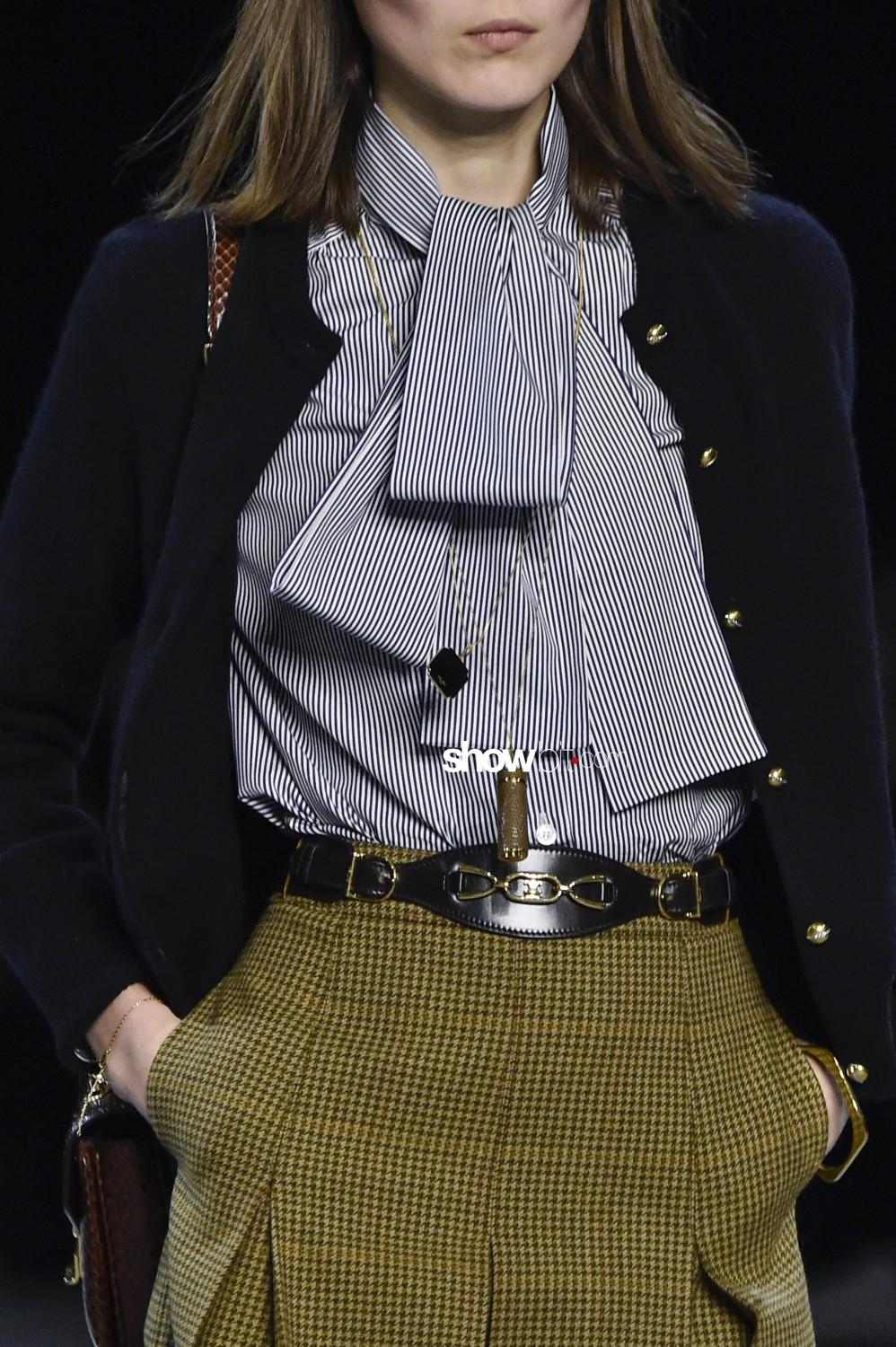 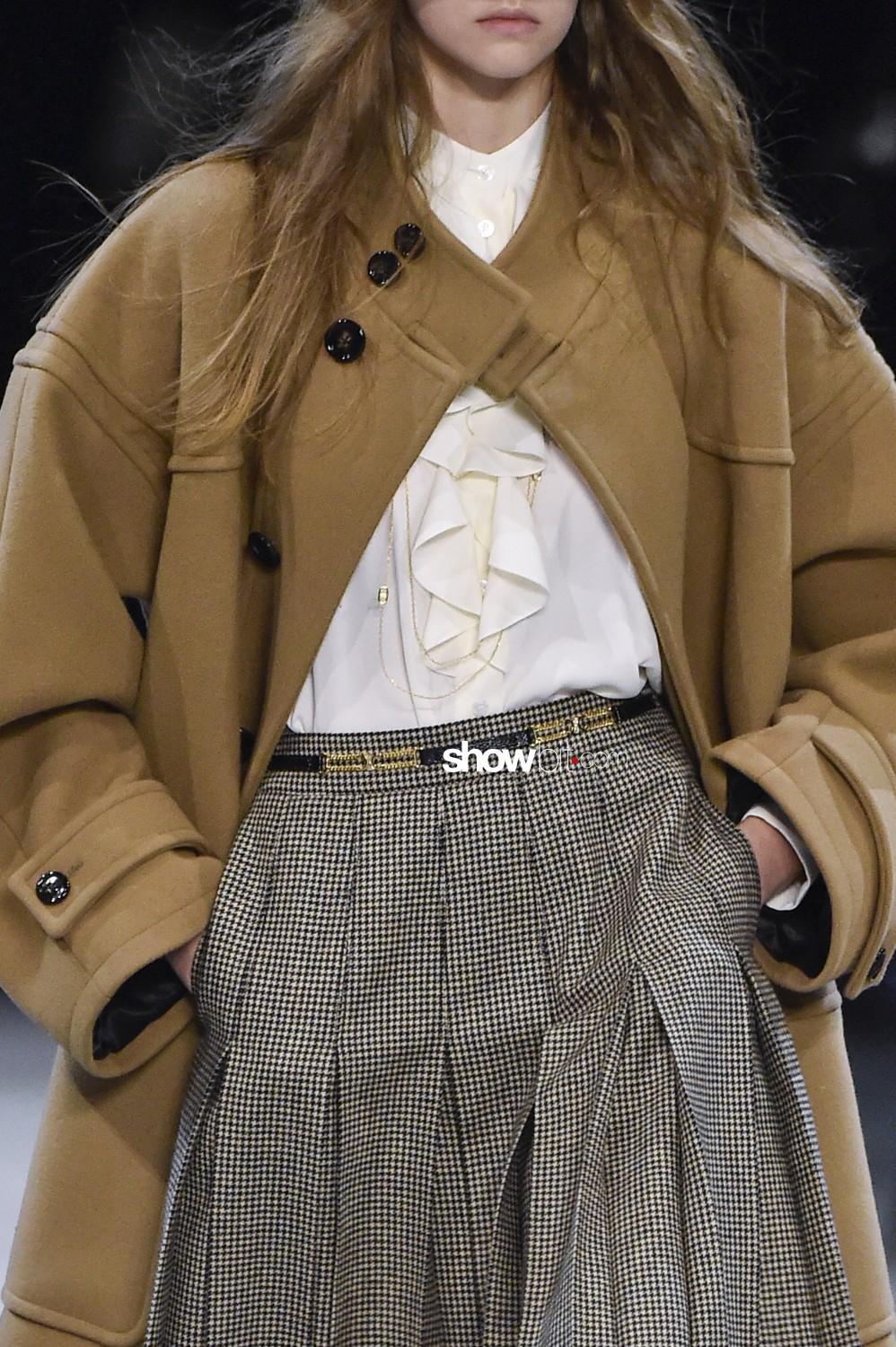 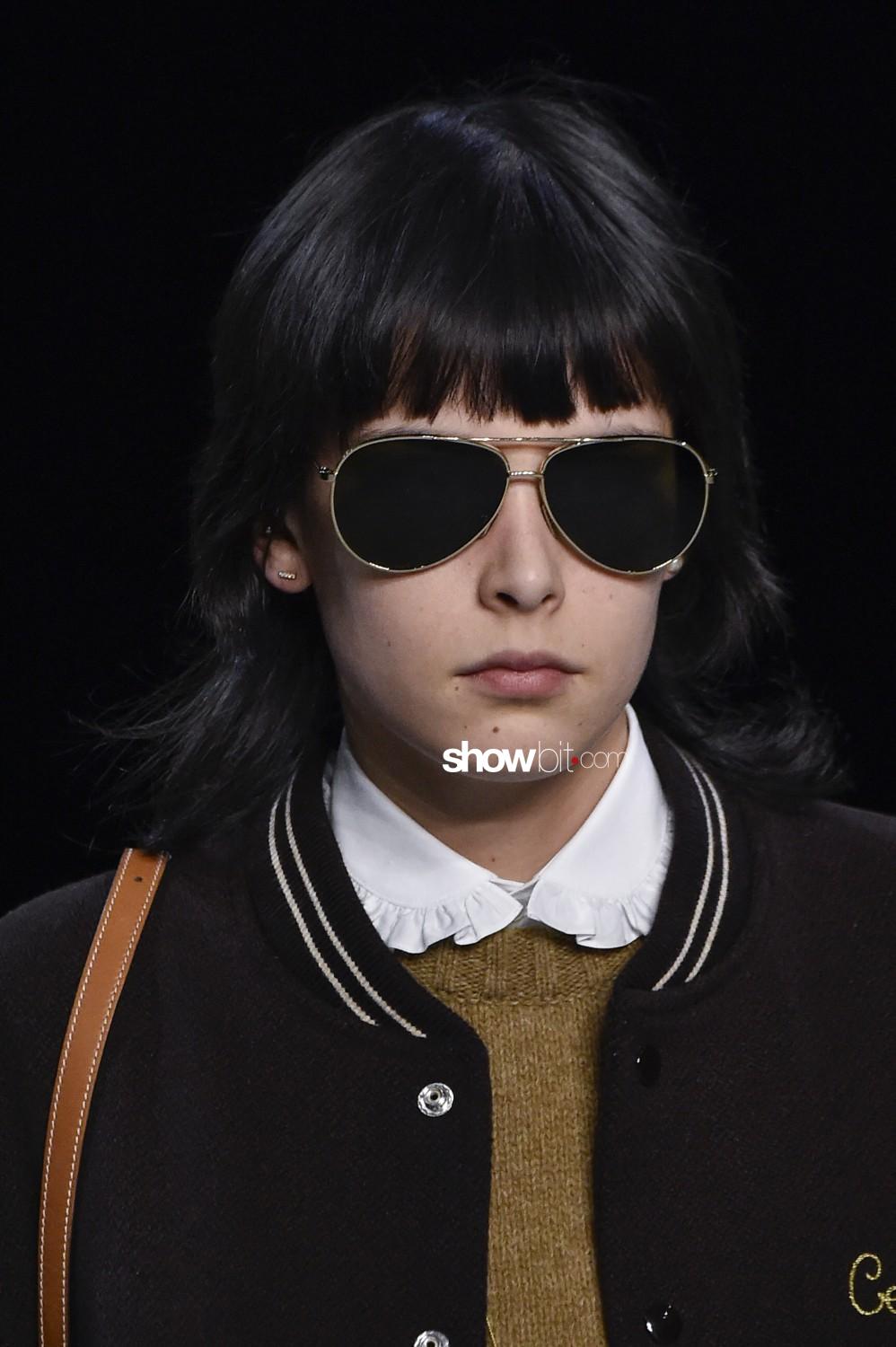 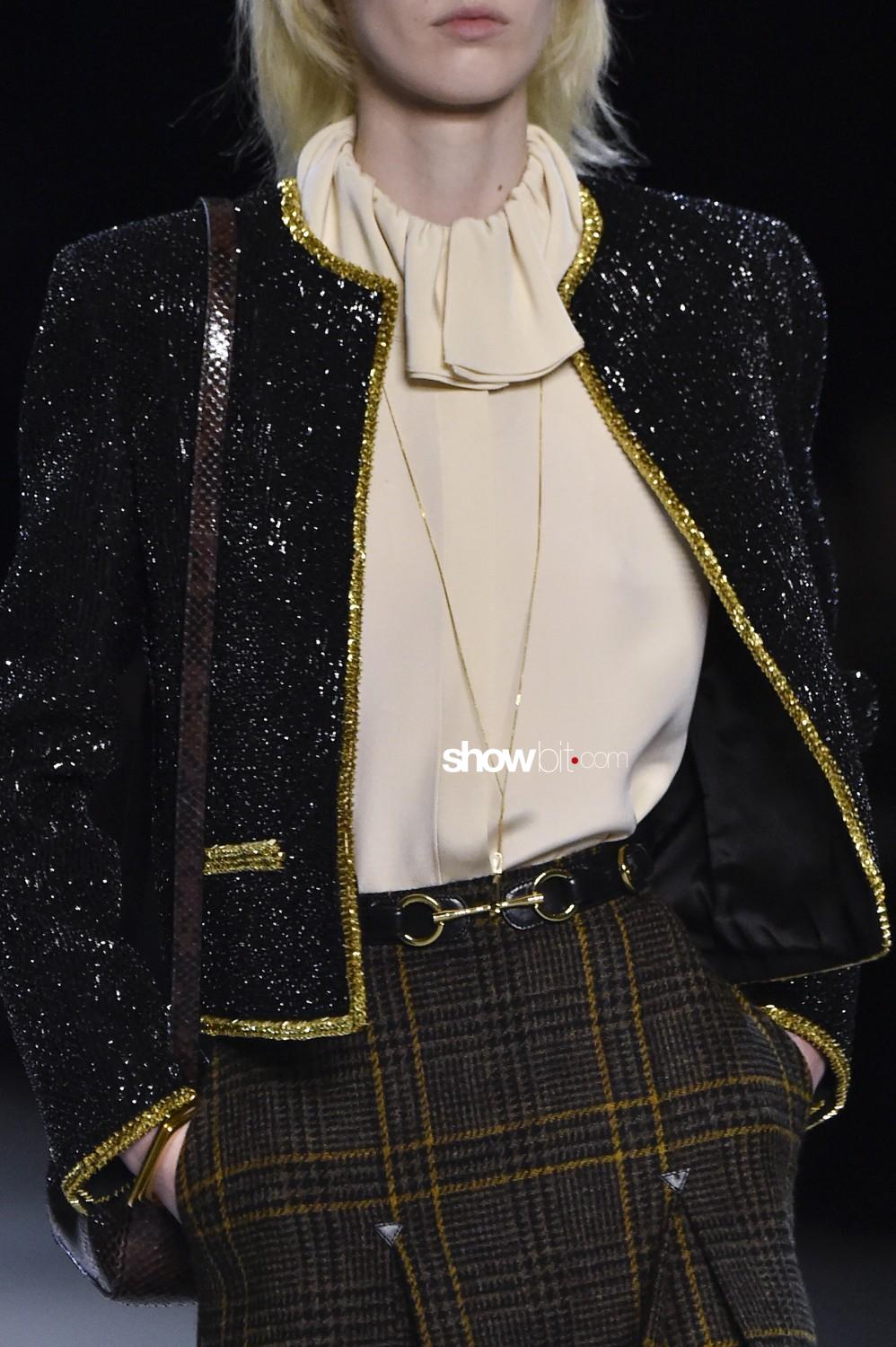 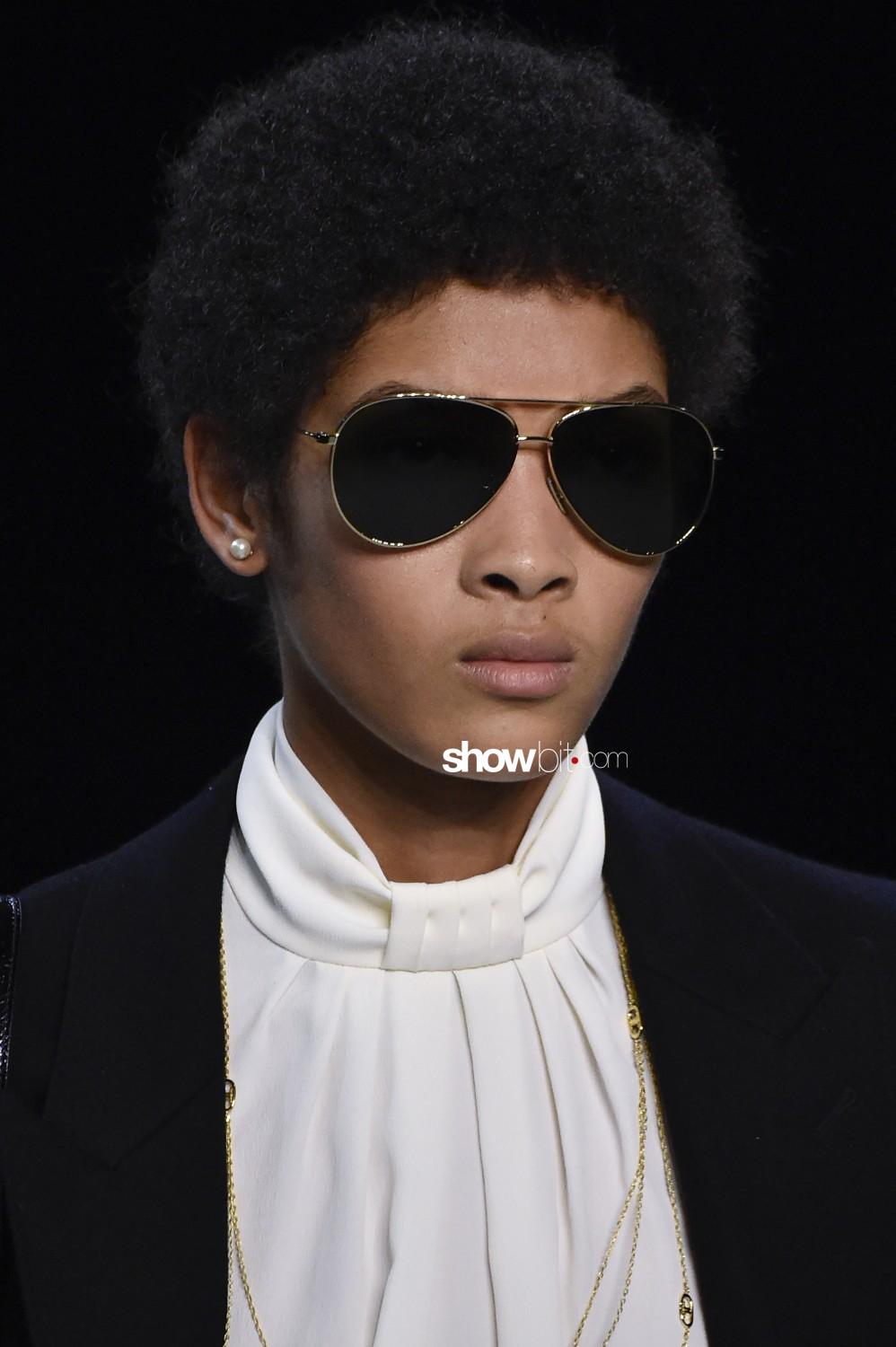 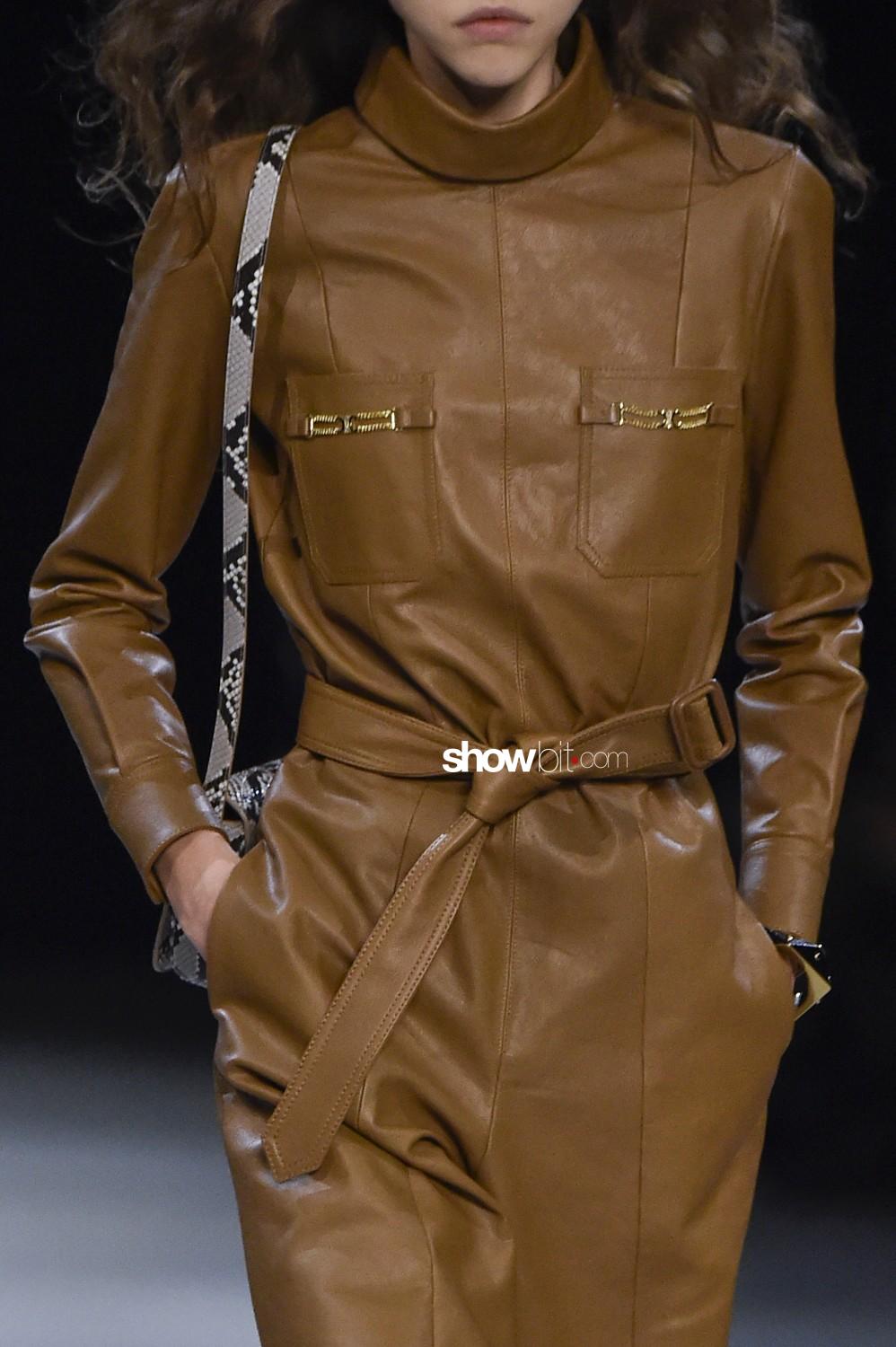 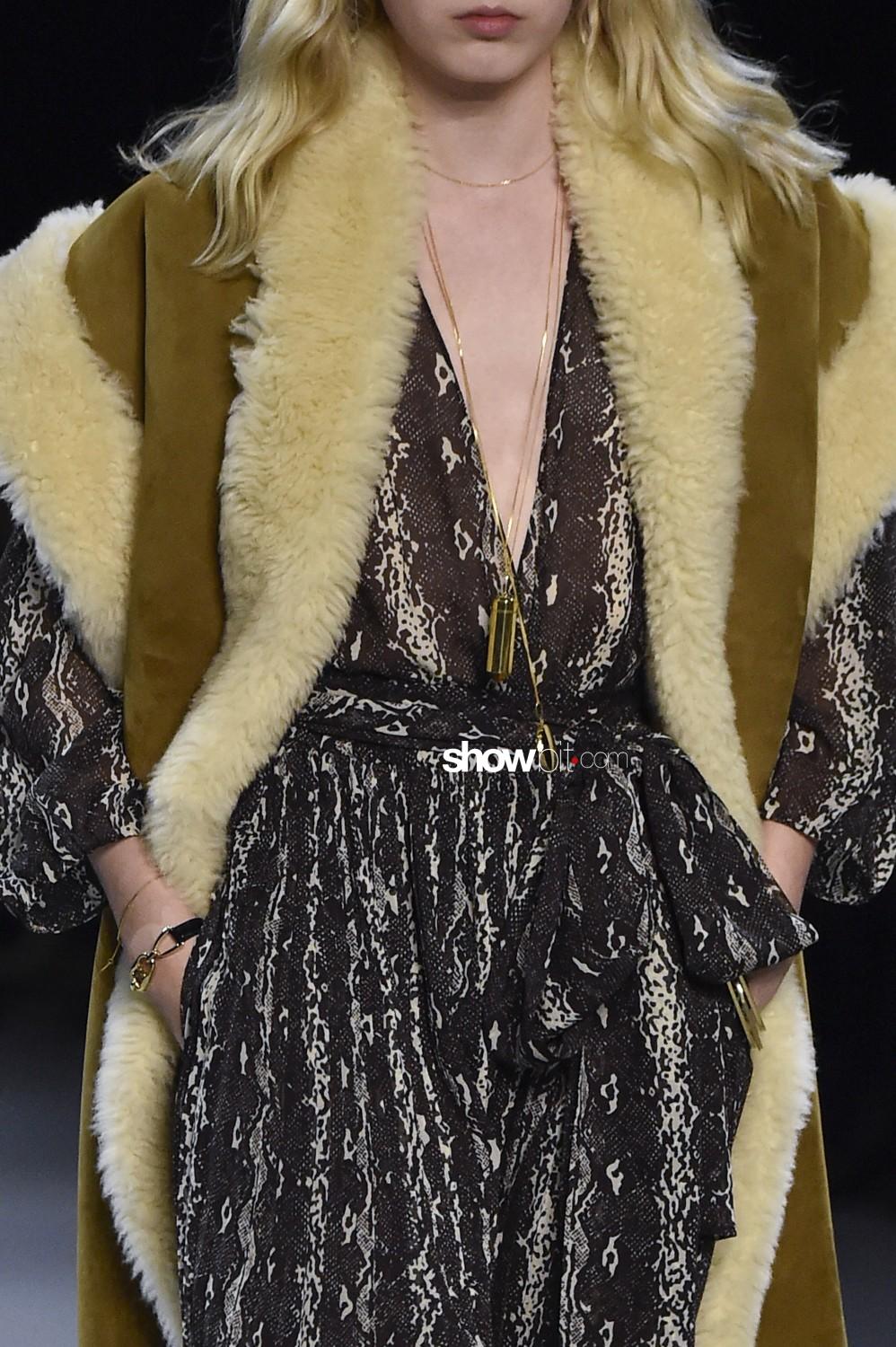 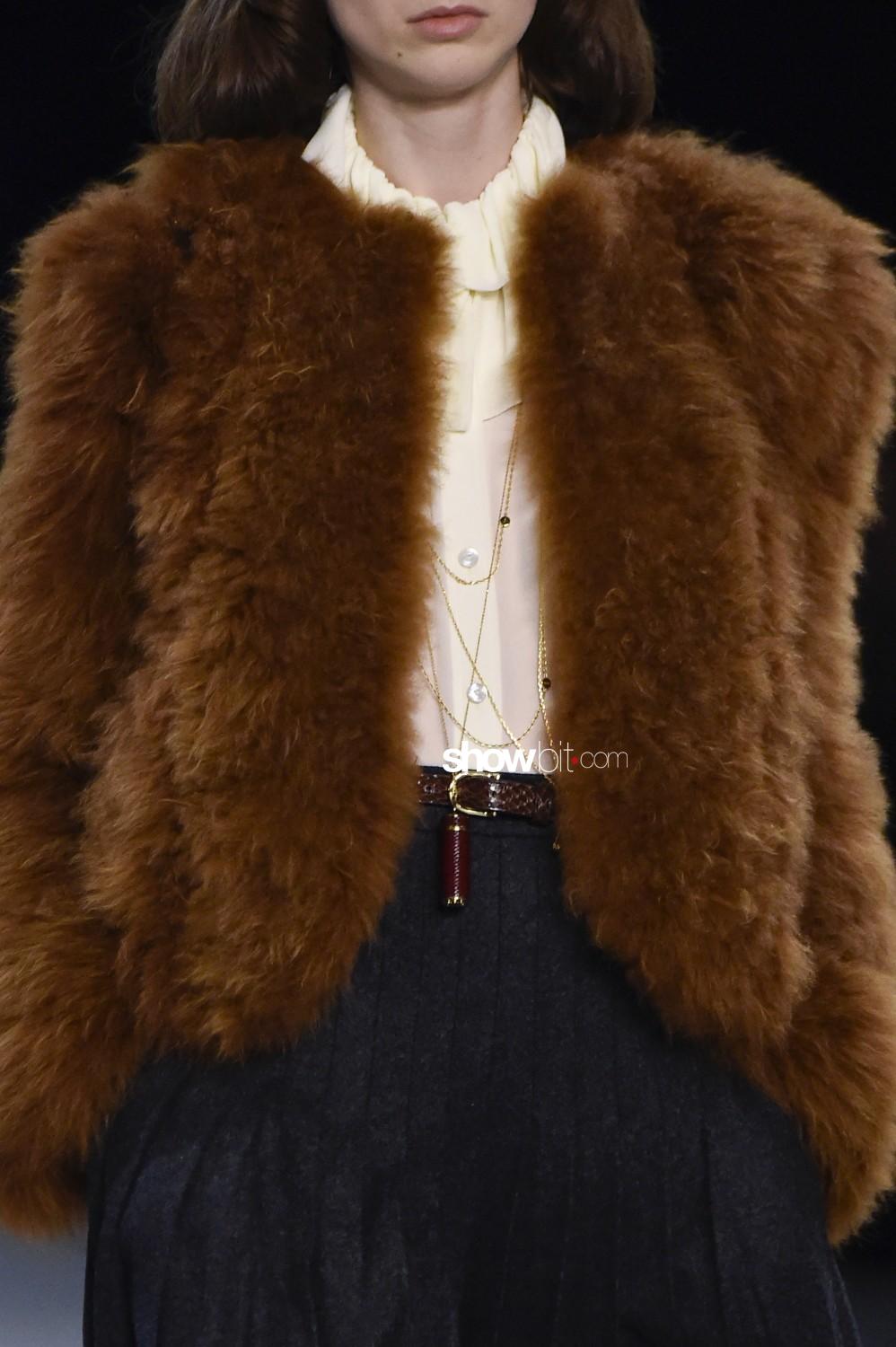 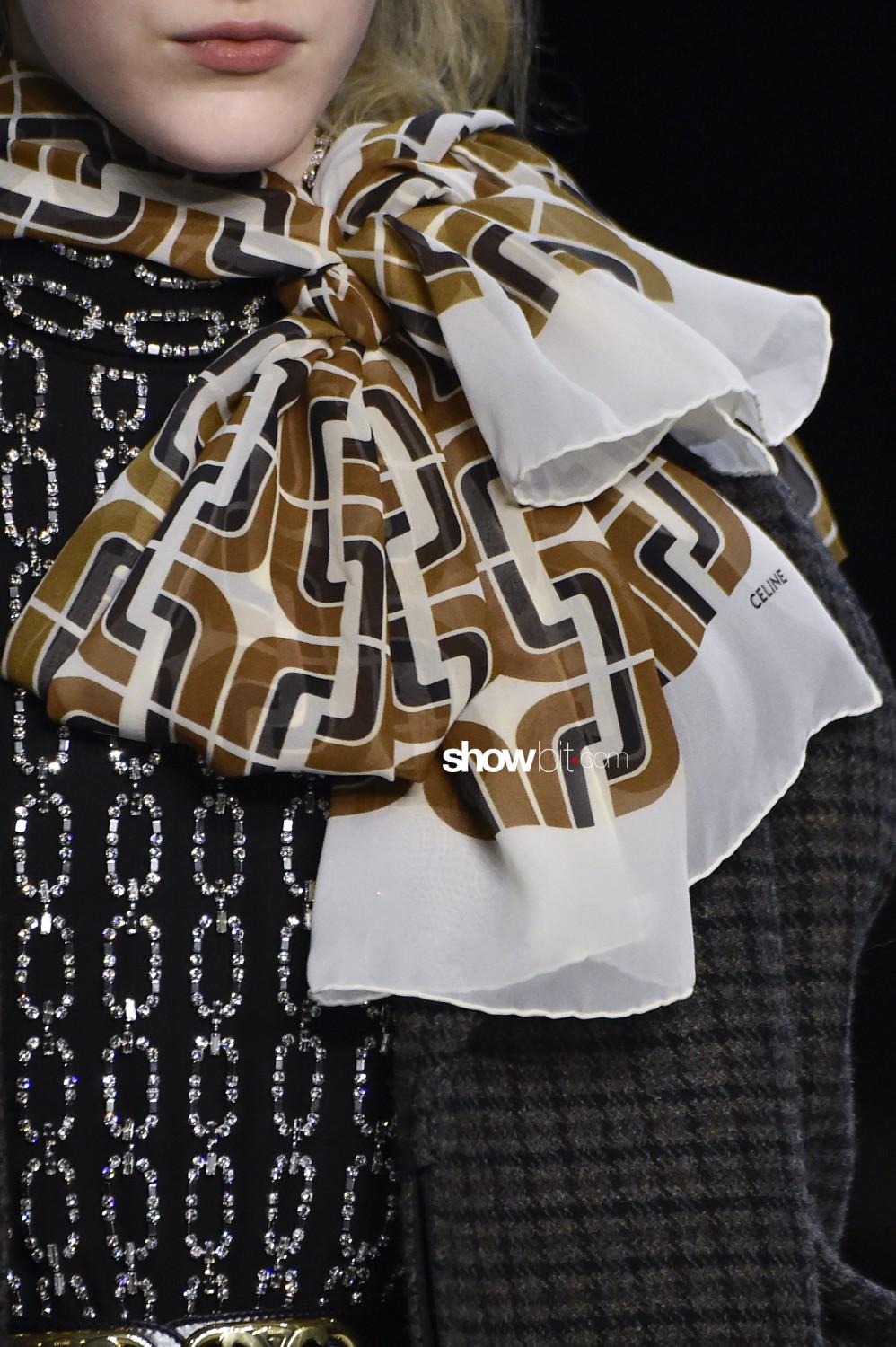 Find all the close-ups: 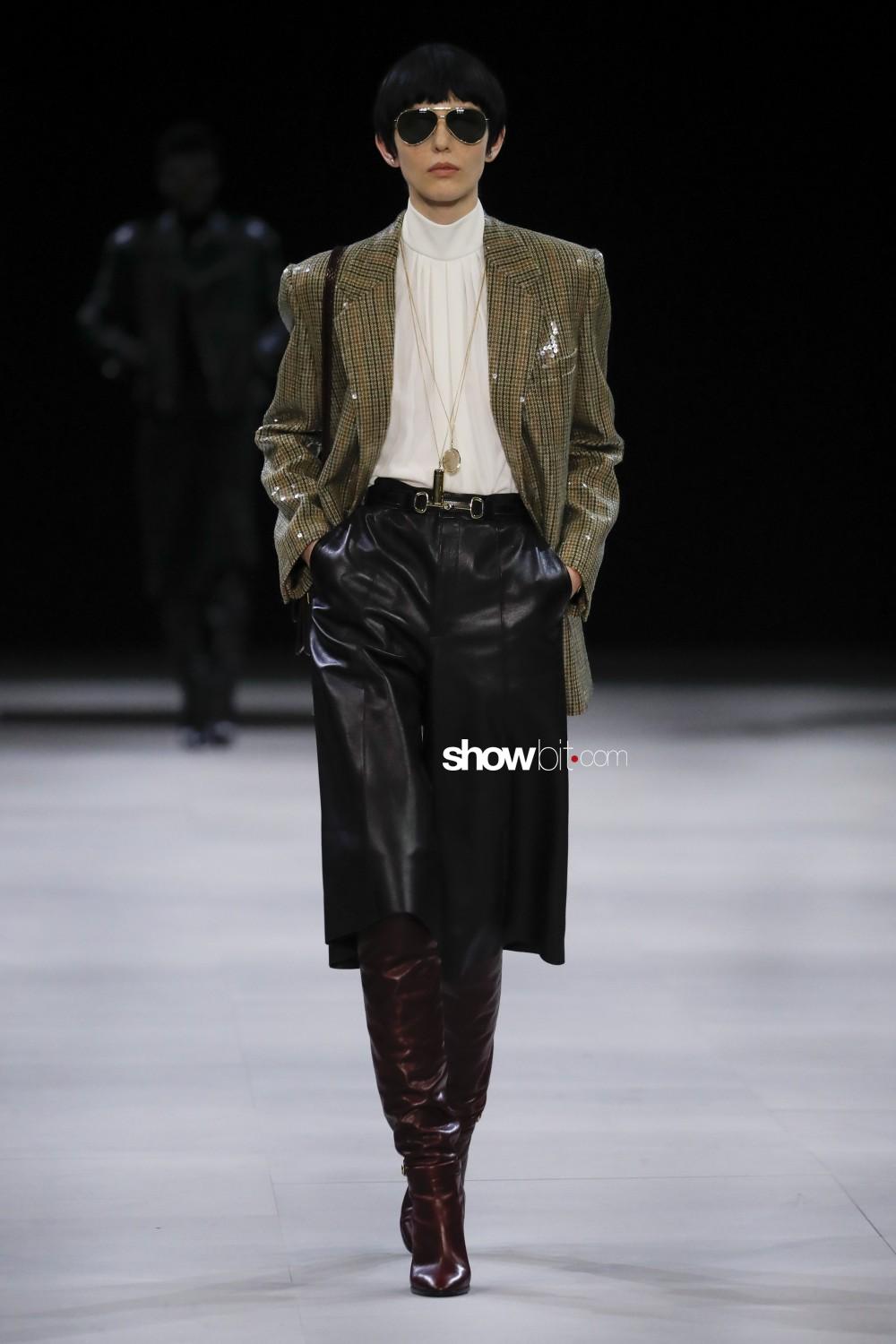 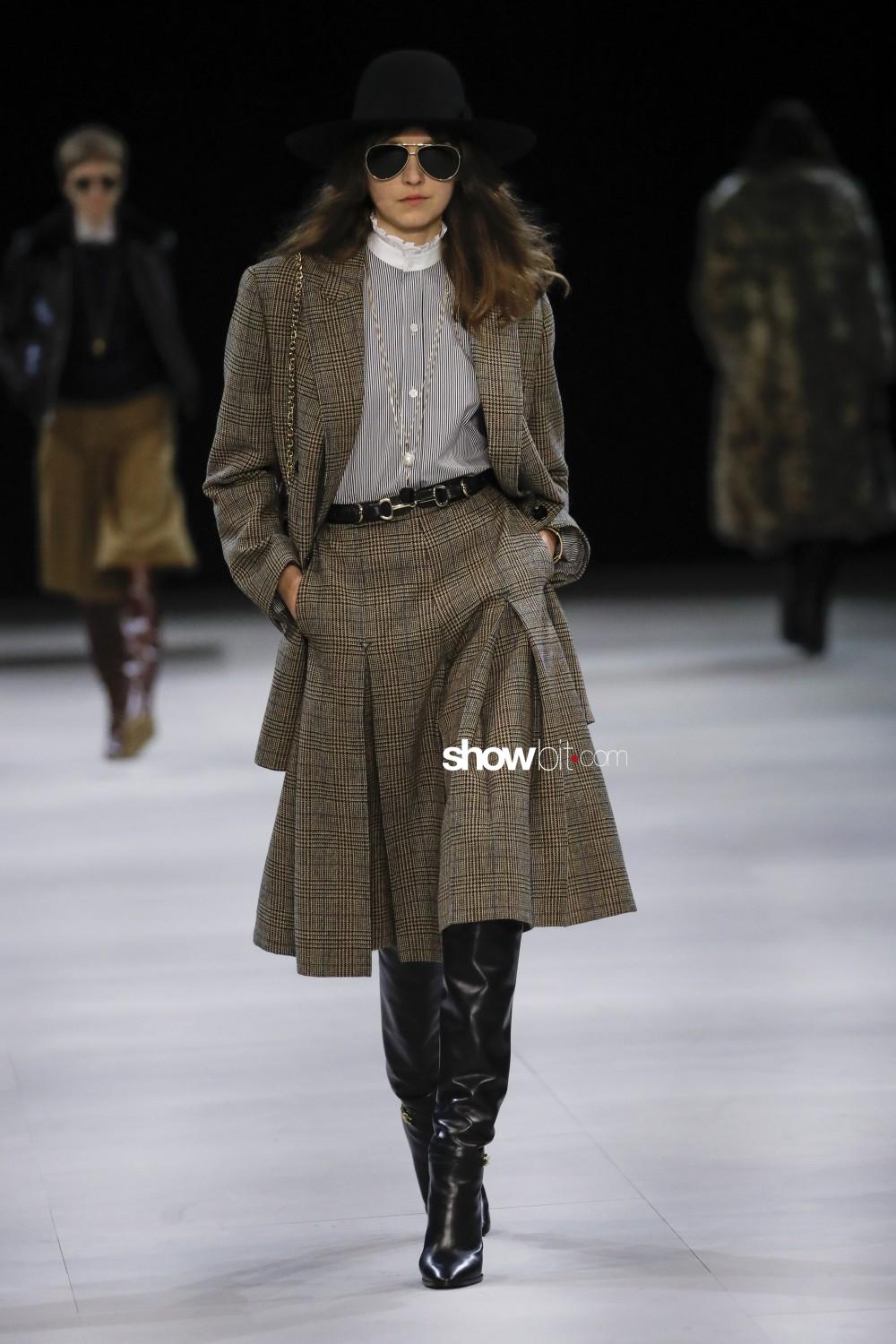 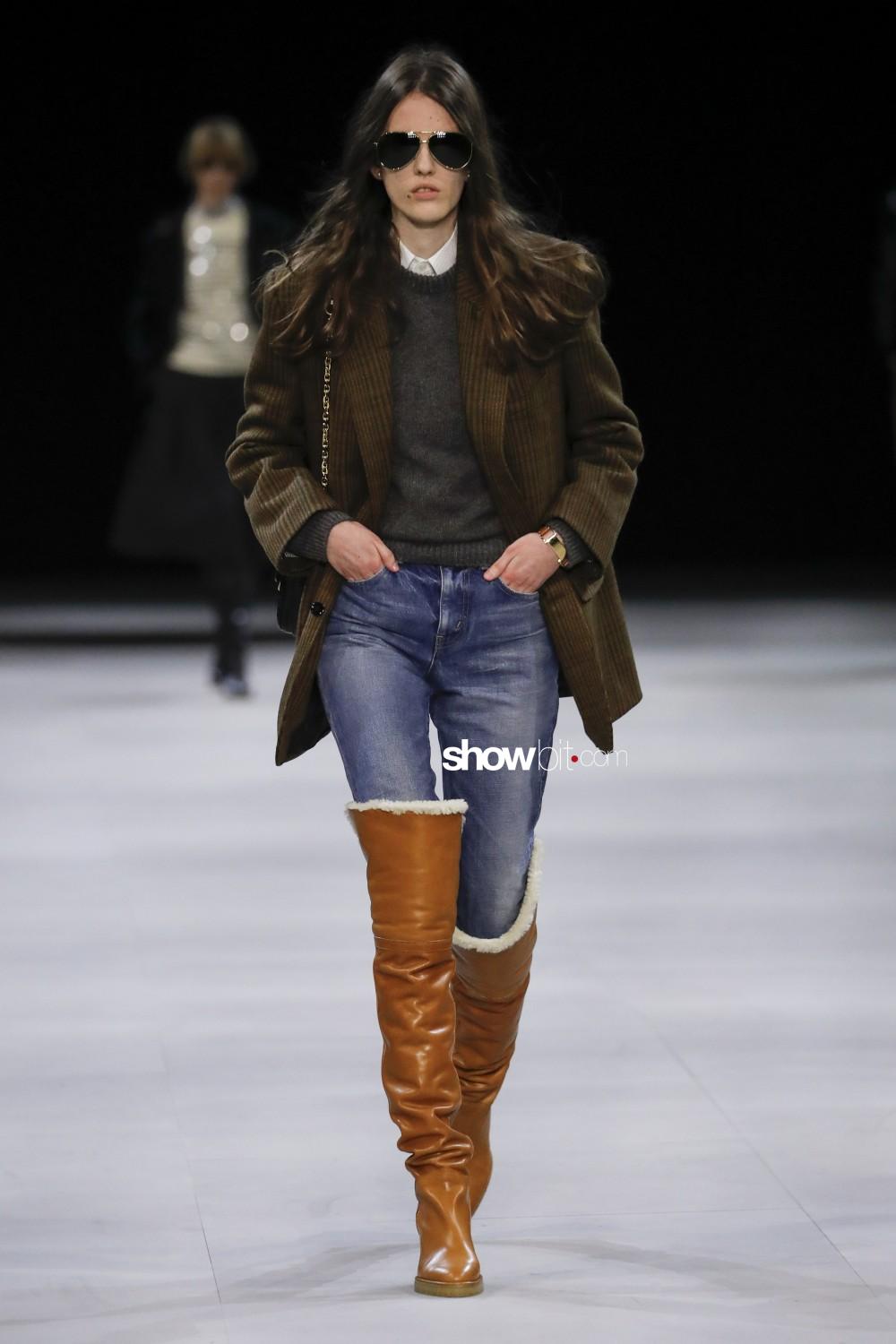 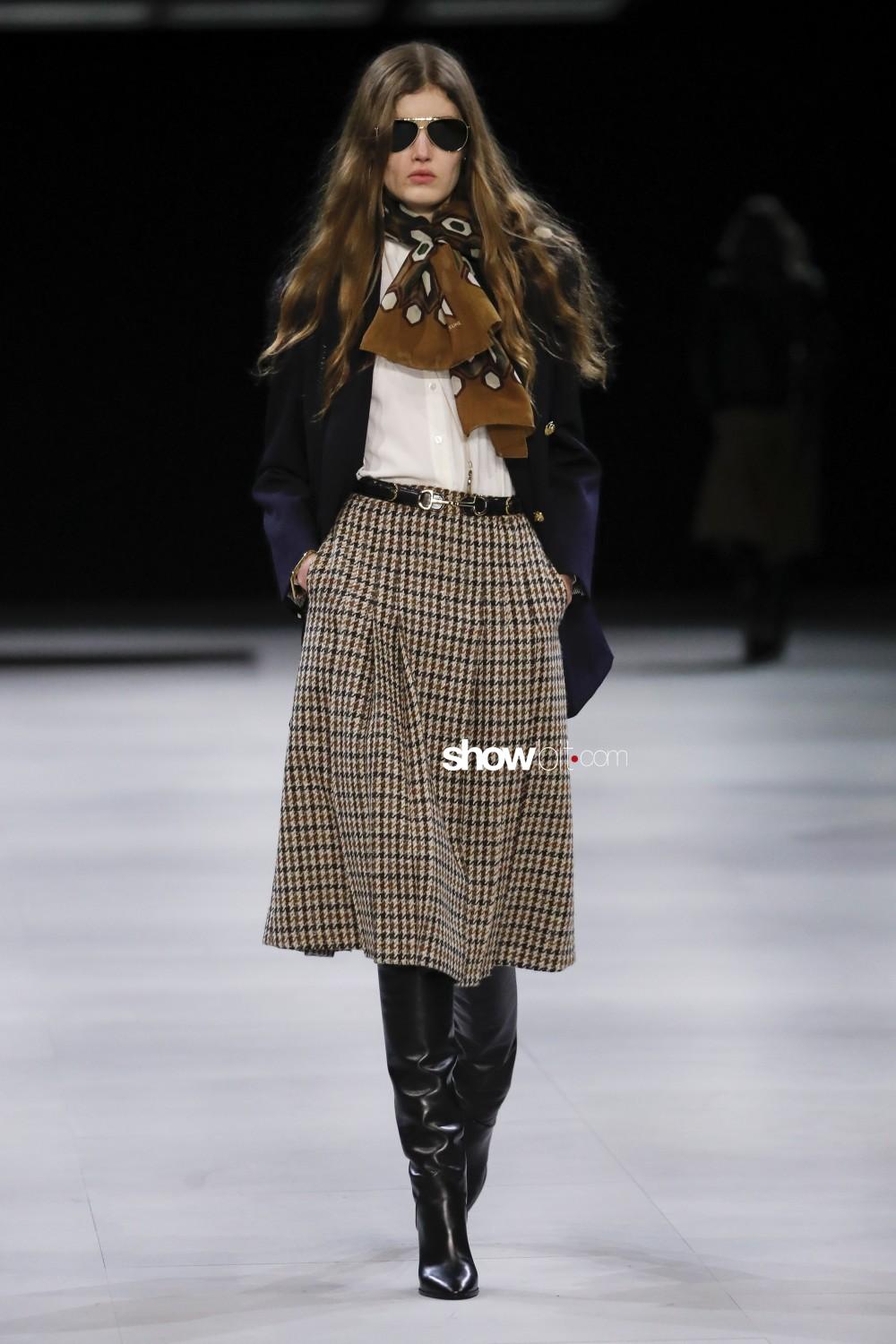 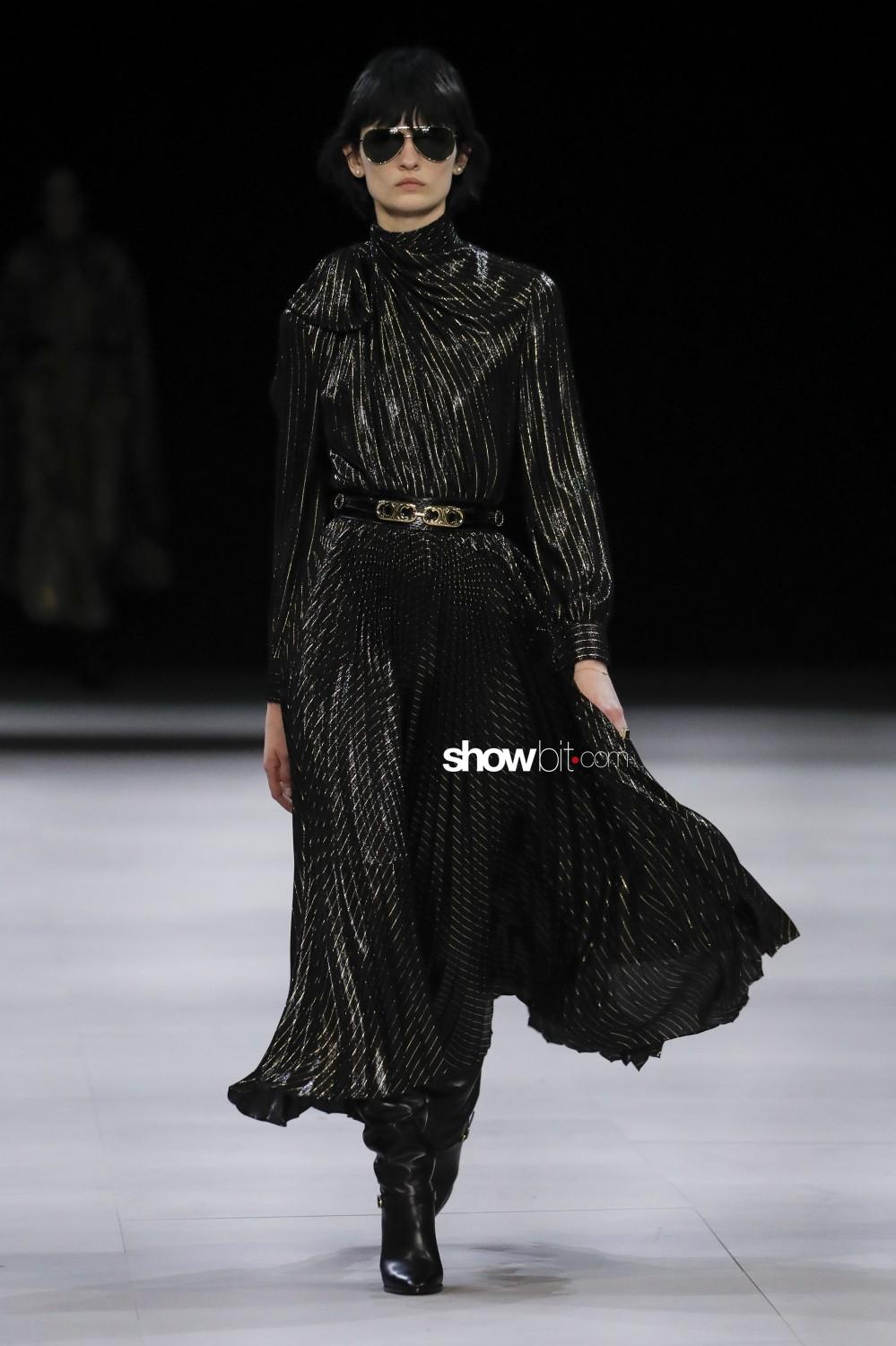 Hedi Slimane has definitely burnt bridges with his Saint Laurent creative past. He got rid of the archetype of a night party teenager, dressed up in tiny black leather dresses, to make room to a new kind of femininity of a more mature consciousness, descendant of a past quintessential elegance.

The aura the Celine woman emanates now feels like a gust of retro glamour rooted in the late 70’s and all over the 80’s: an aesthetic later got lost and reminded with a certain amount of nostalgia, that’s now finding its revival, feeling like dusting off the old wardrobes to find that magic scent of old glory yet filtered through more contemporary lens. Every pieces from the Fall 2019 collection looks much more suitable to the brand’s womanhood than last season’s: Slimane clearly immersed himself in the house archive and made full use of pied-de-poule textures and plaids – often took from the men’s wear clothing -, matching them with vivid prints as the classic Celine chain motif. They’re used to conceive flared pleated midi skirts, also declined in twinsets made even more feminine with a pussy bow at the neckline. Skinny jeans are worn with fur and shearling overcoats, alongside wide culottes and some sequined touches. Femininity then gets tough with several leather pieces and thigh-high boots. Drawing nearer and nearer, a meticulous attention to details can be discovered: bon ton collars have tiny rouches or they’re delightfully constructed as a bow-like silhouette.

This time it was the Celine woman who walked the catwalk, enlivened with a Slimane-ish daring, rock attitude yet often sublimated by a touch of androgyny. It seems Hedi Slimane hit the nail on the head, reaching a final result that’s commercial enough, yet as sophisticated as the original house’s identity wants it to be.