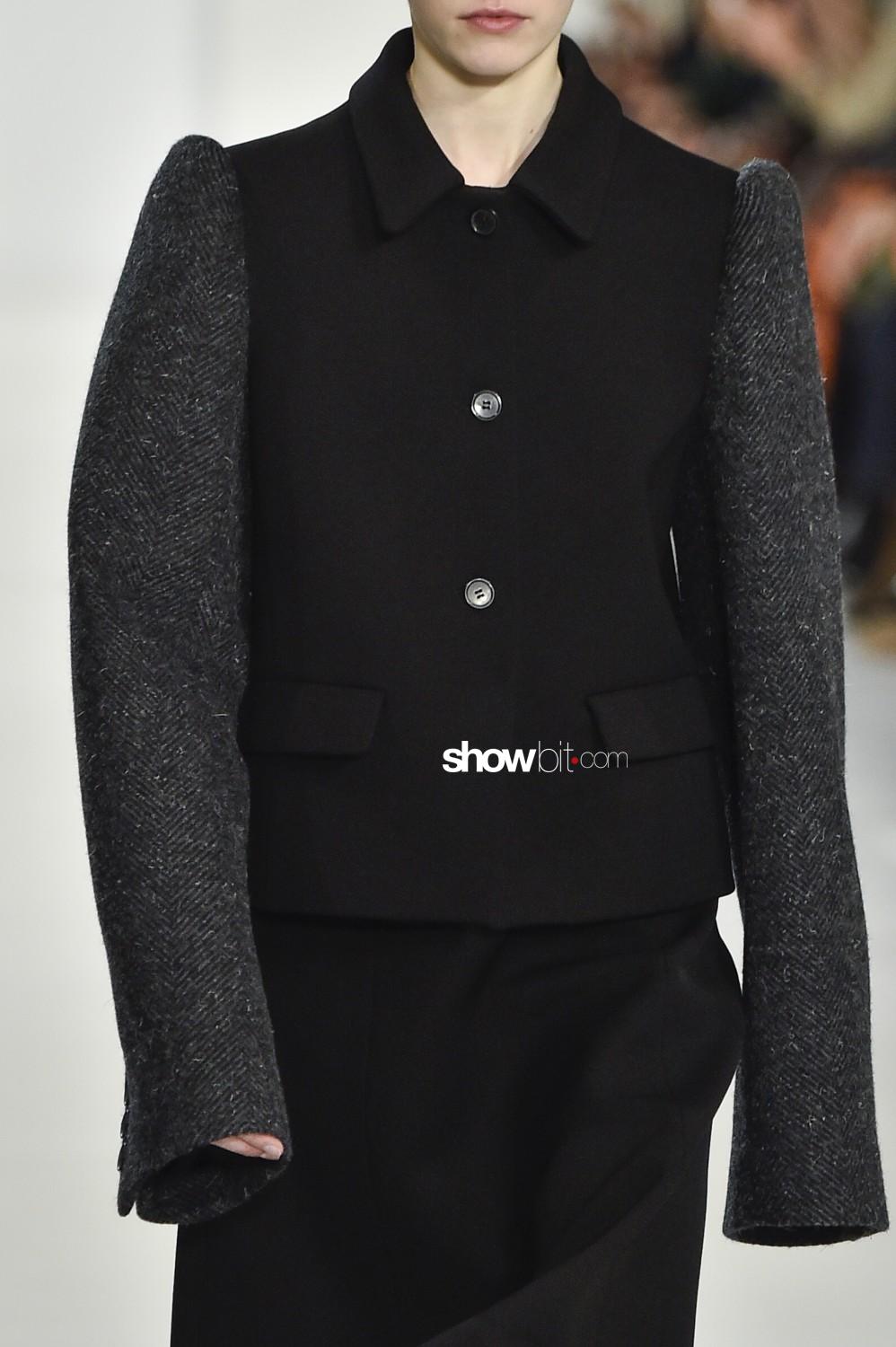 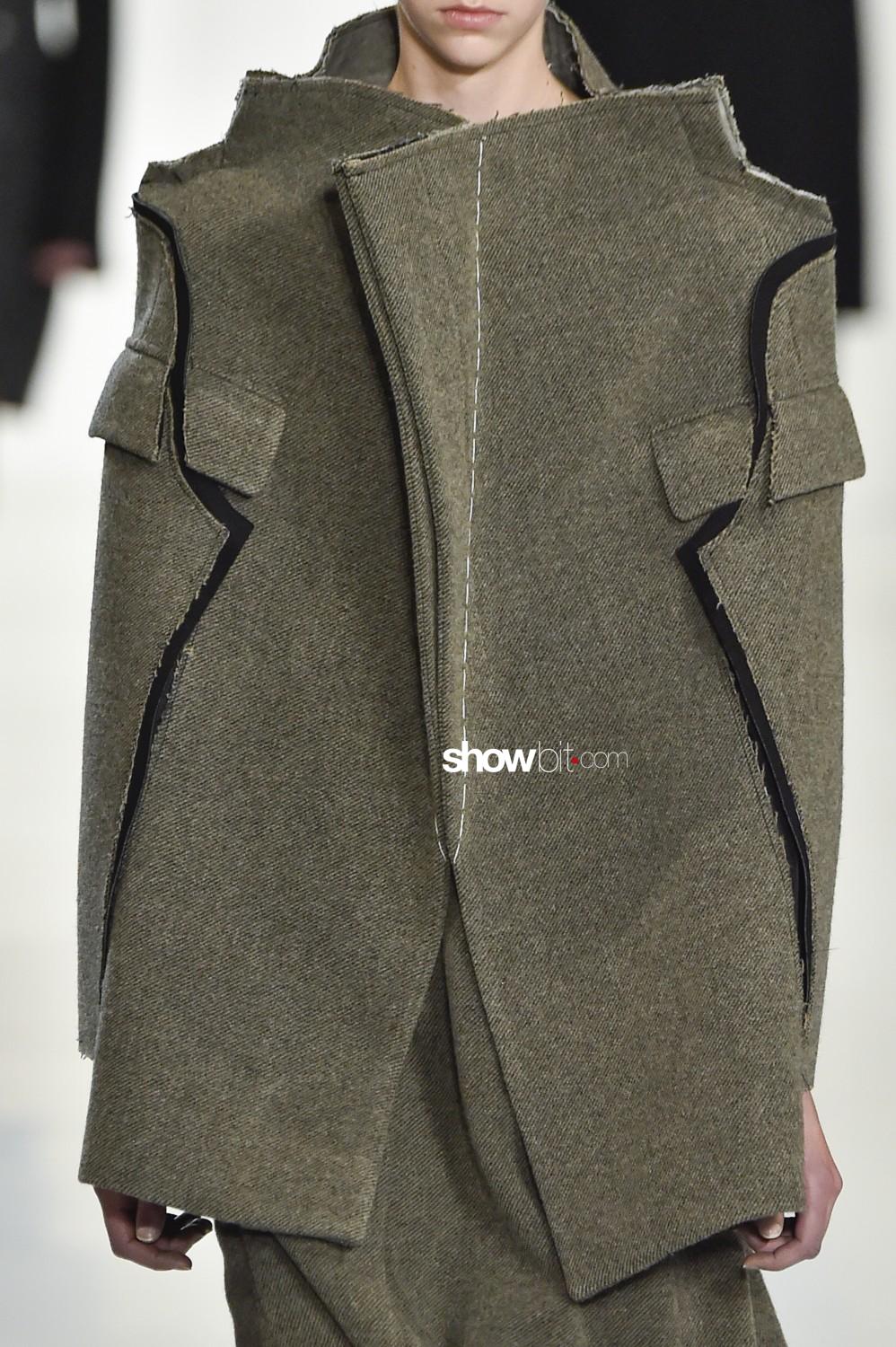 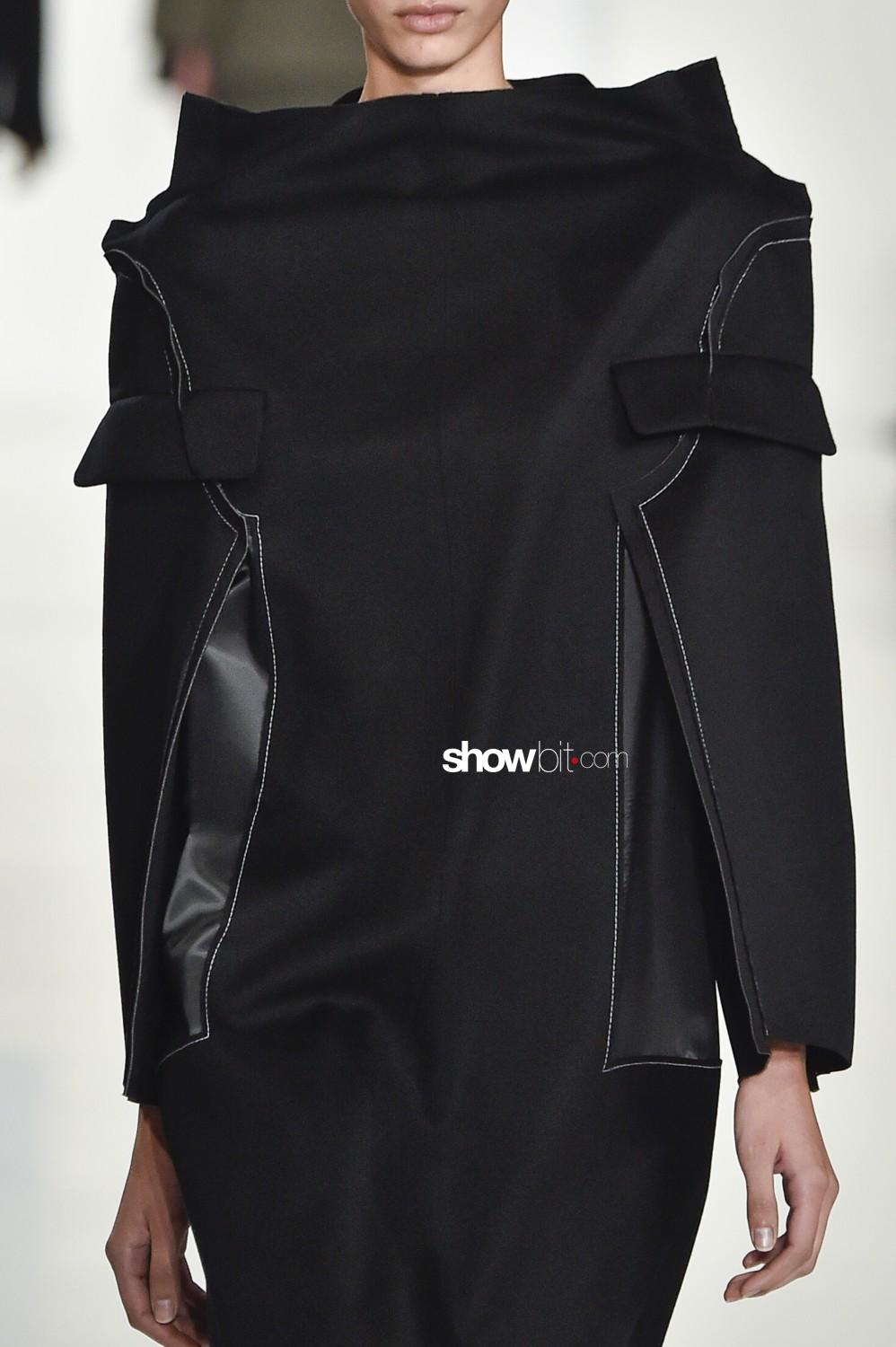 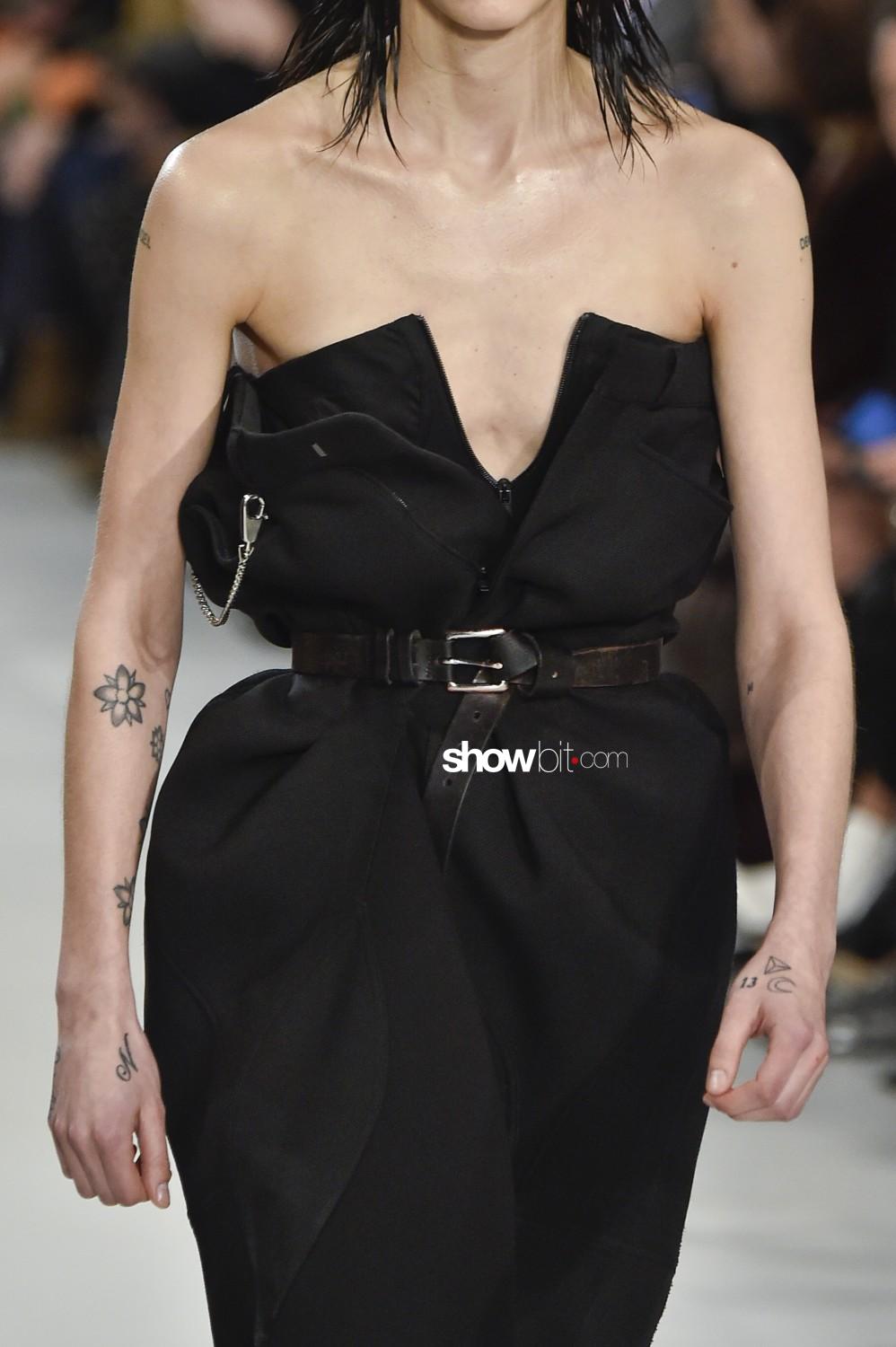 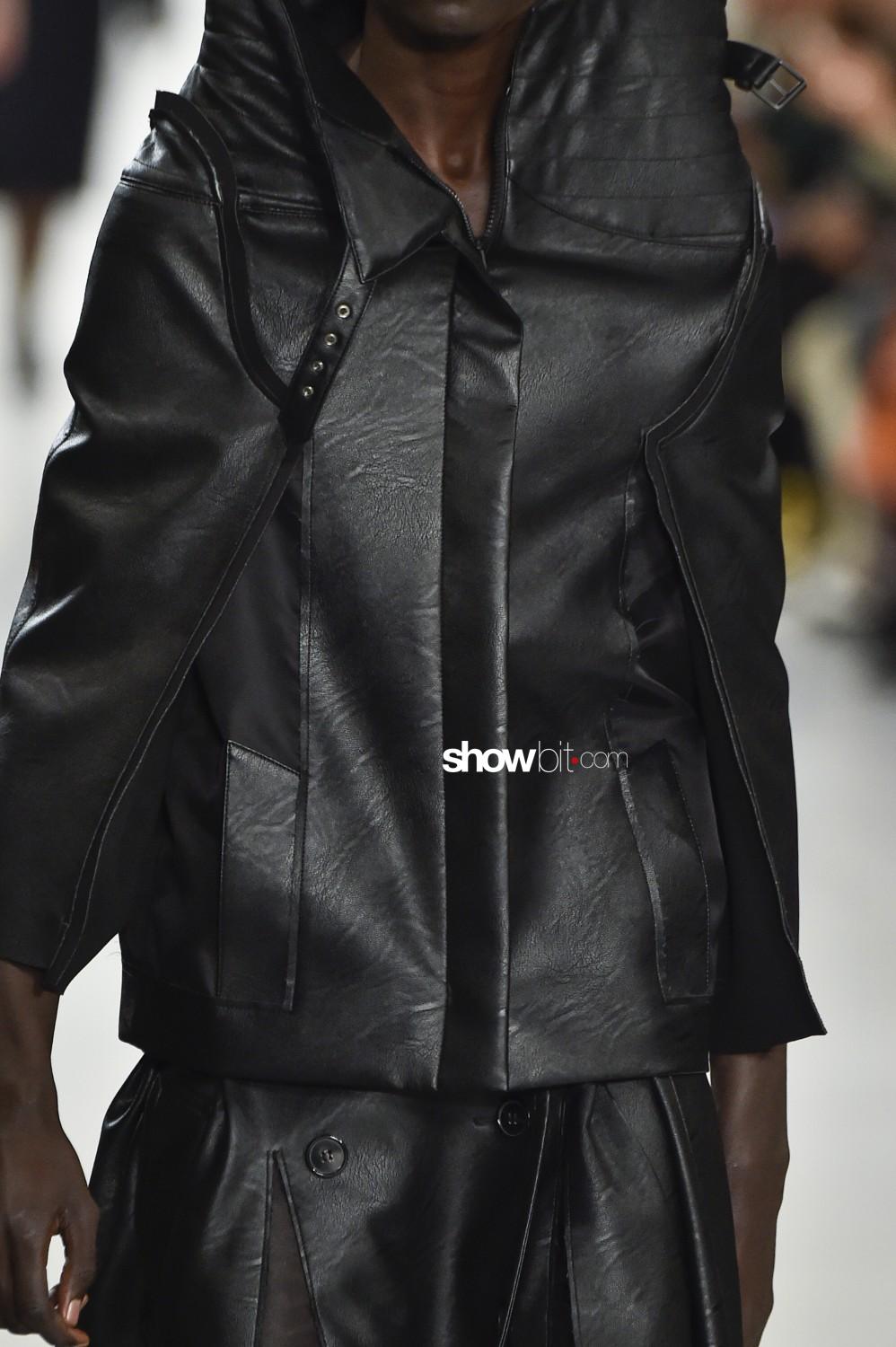 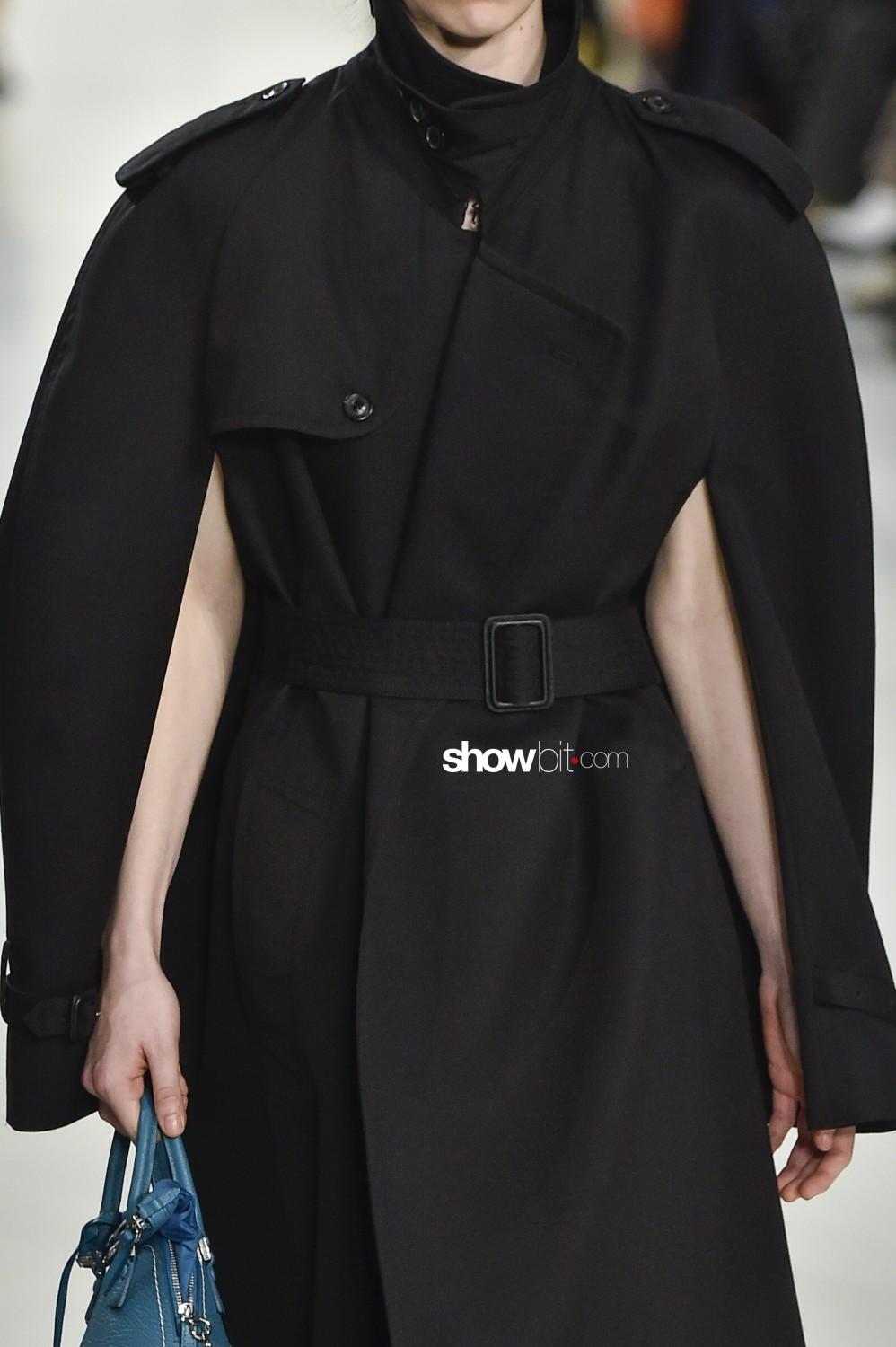 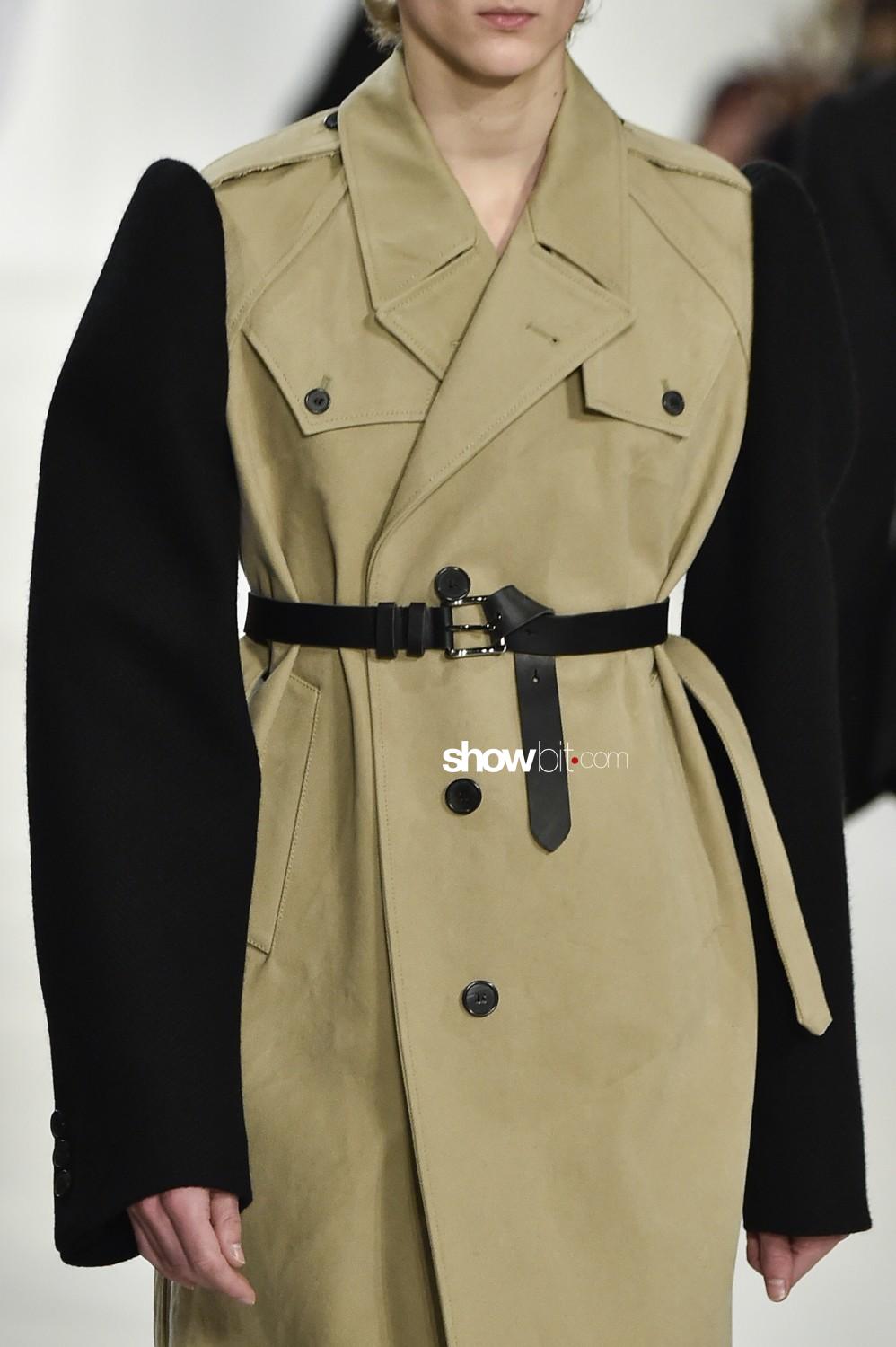 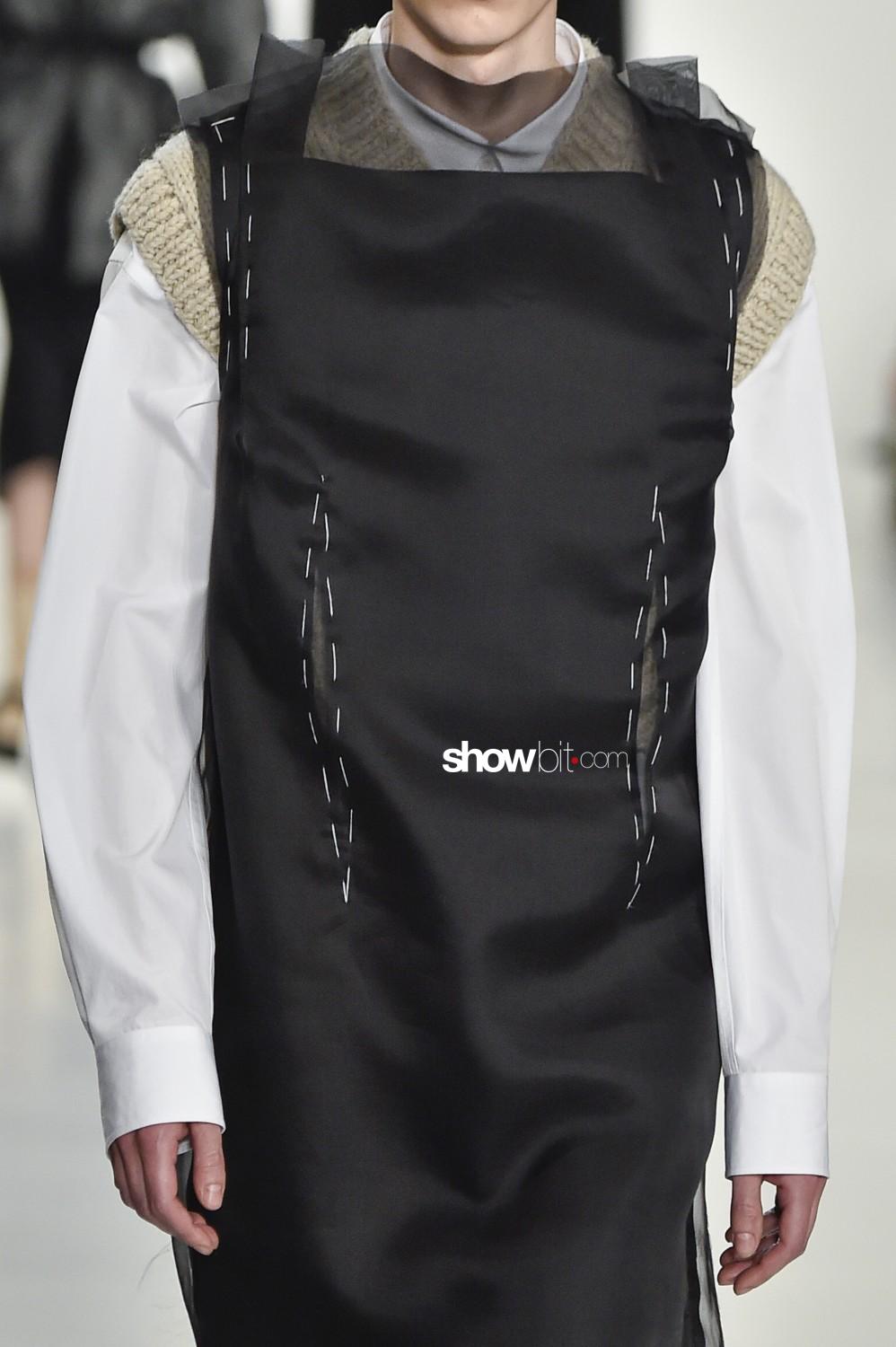 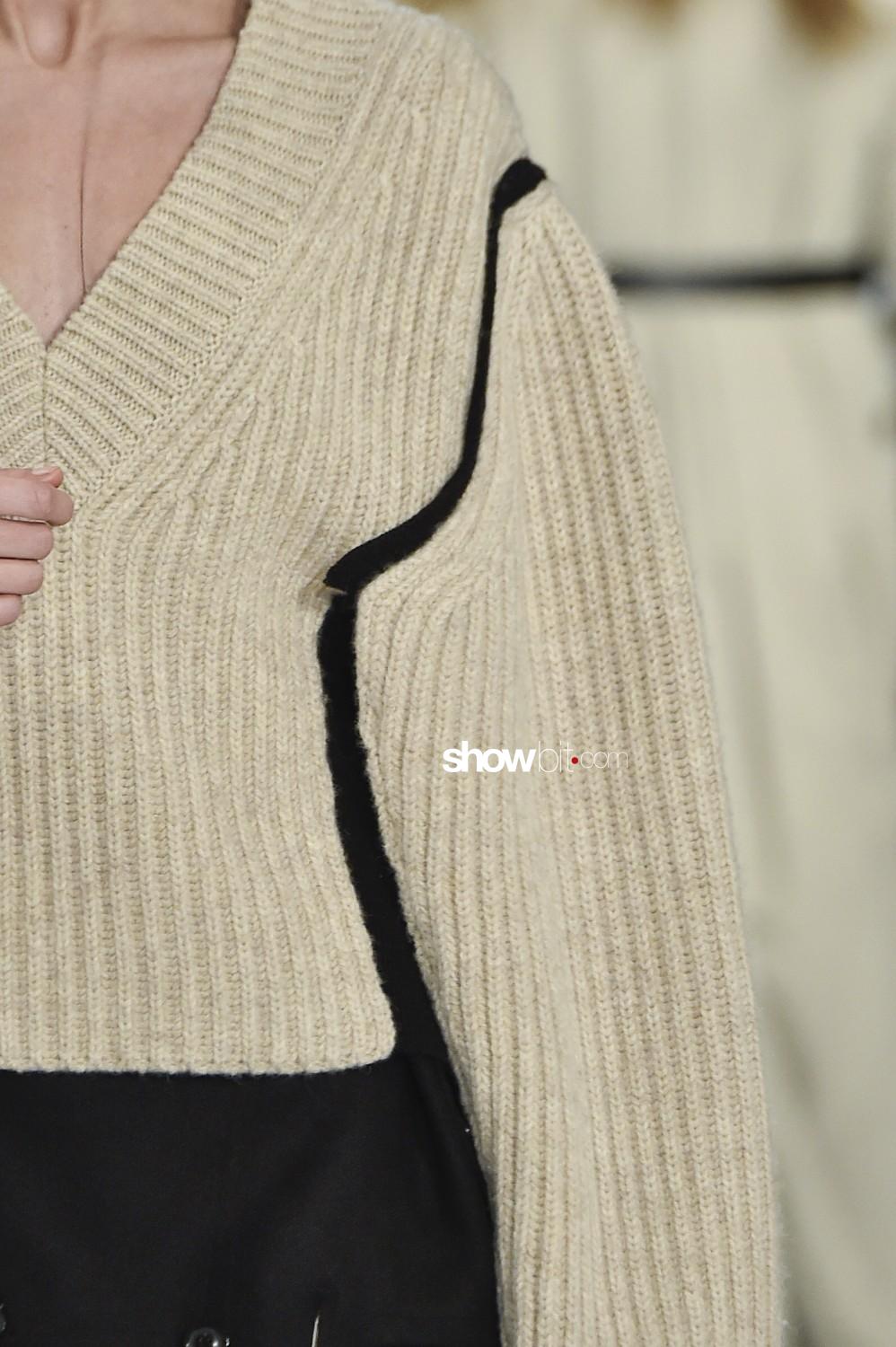 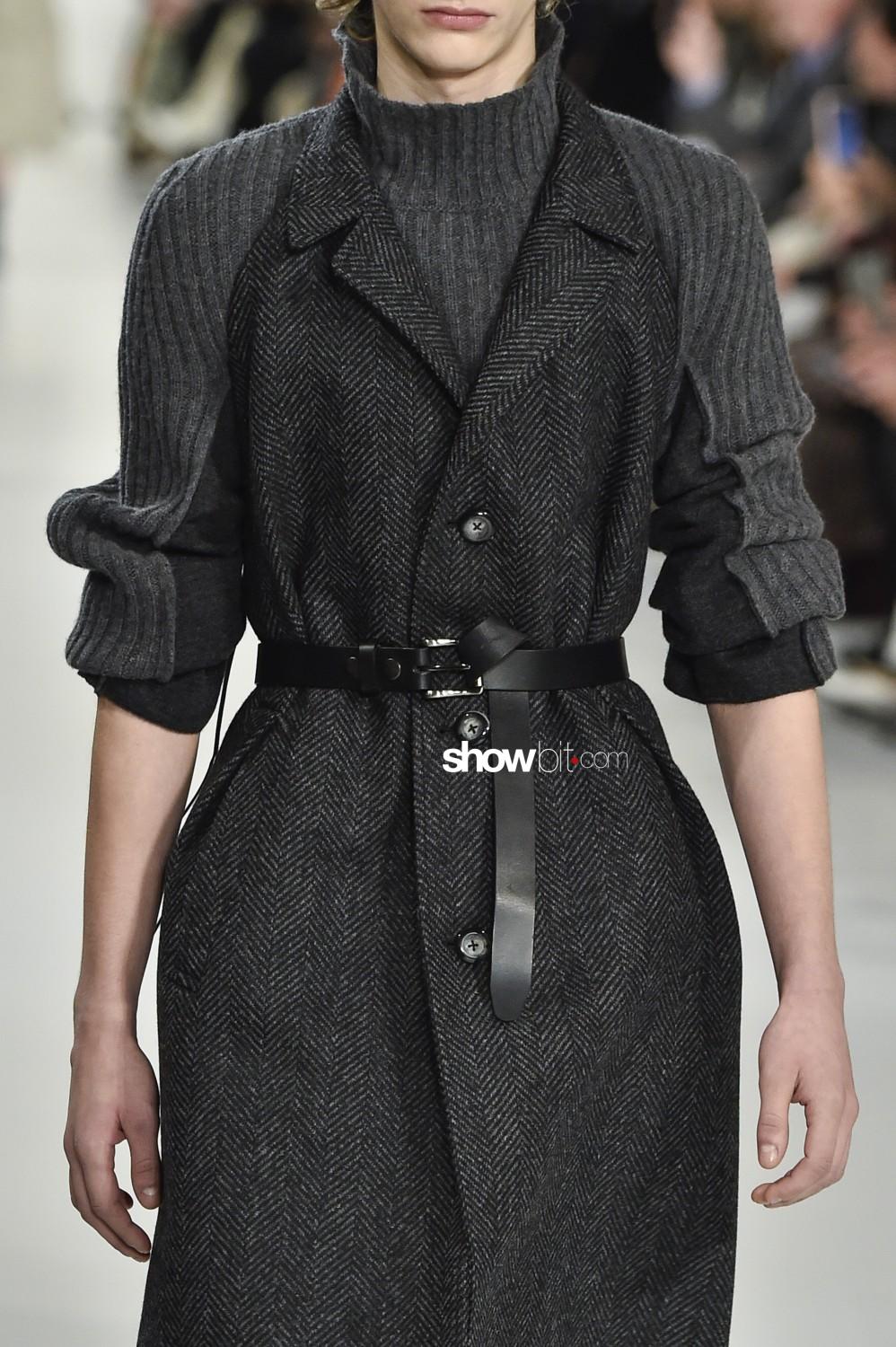 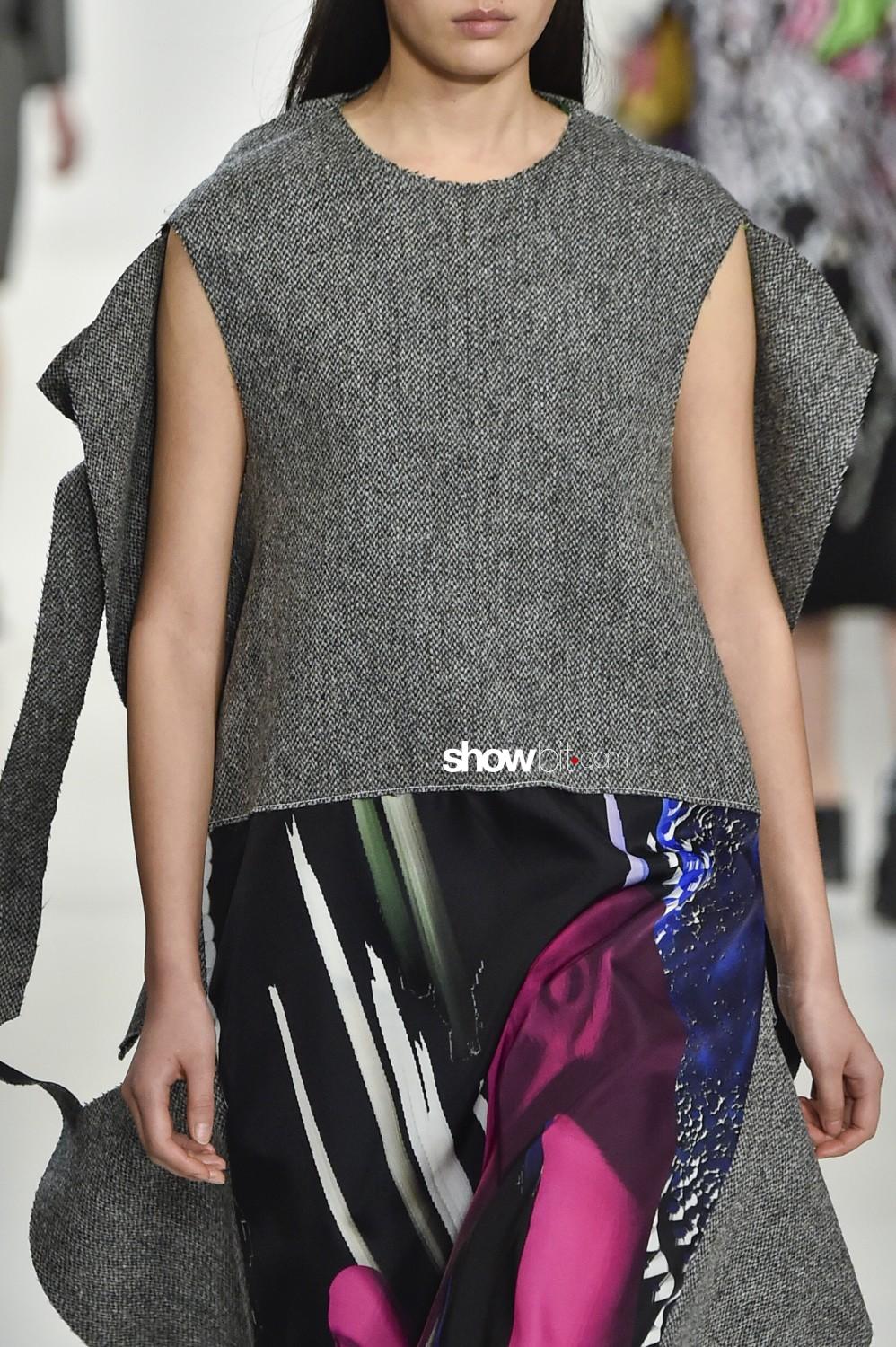 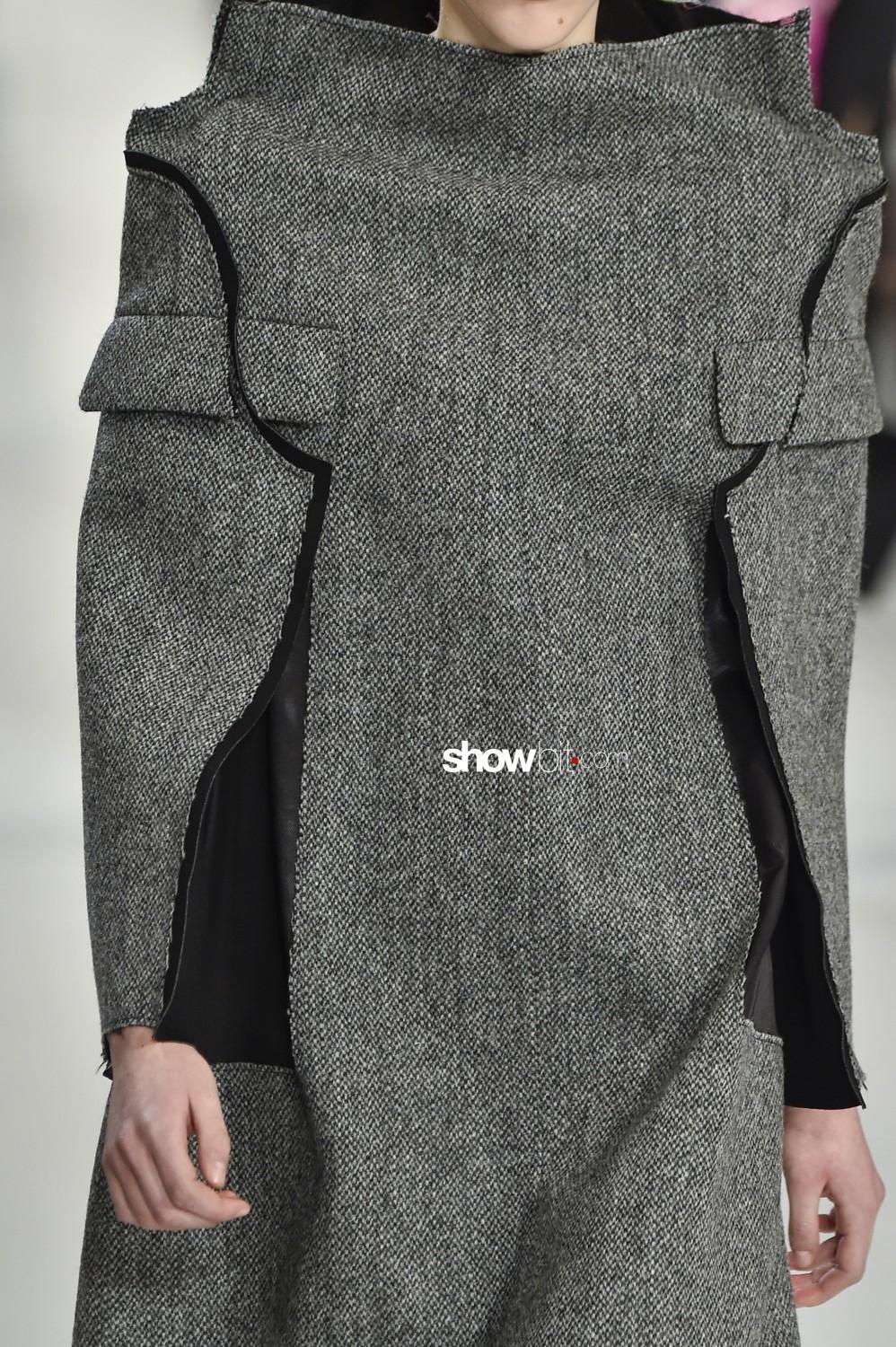 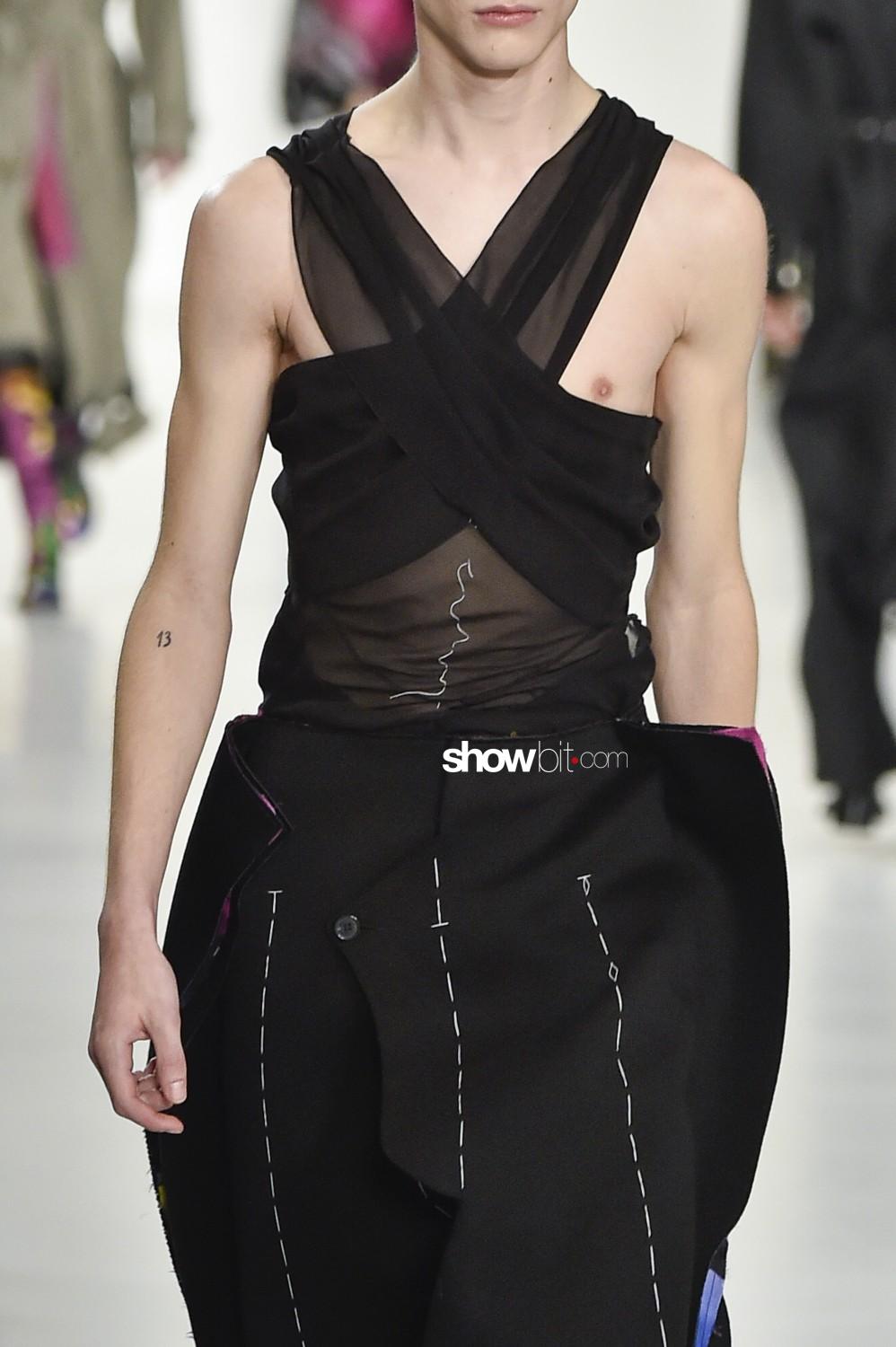 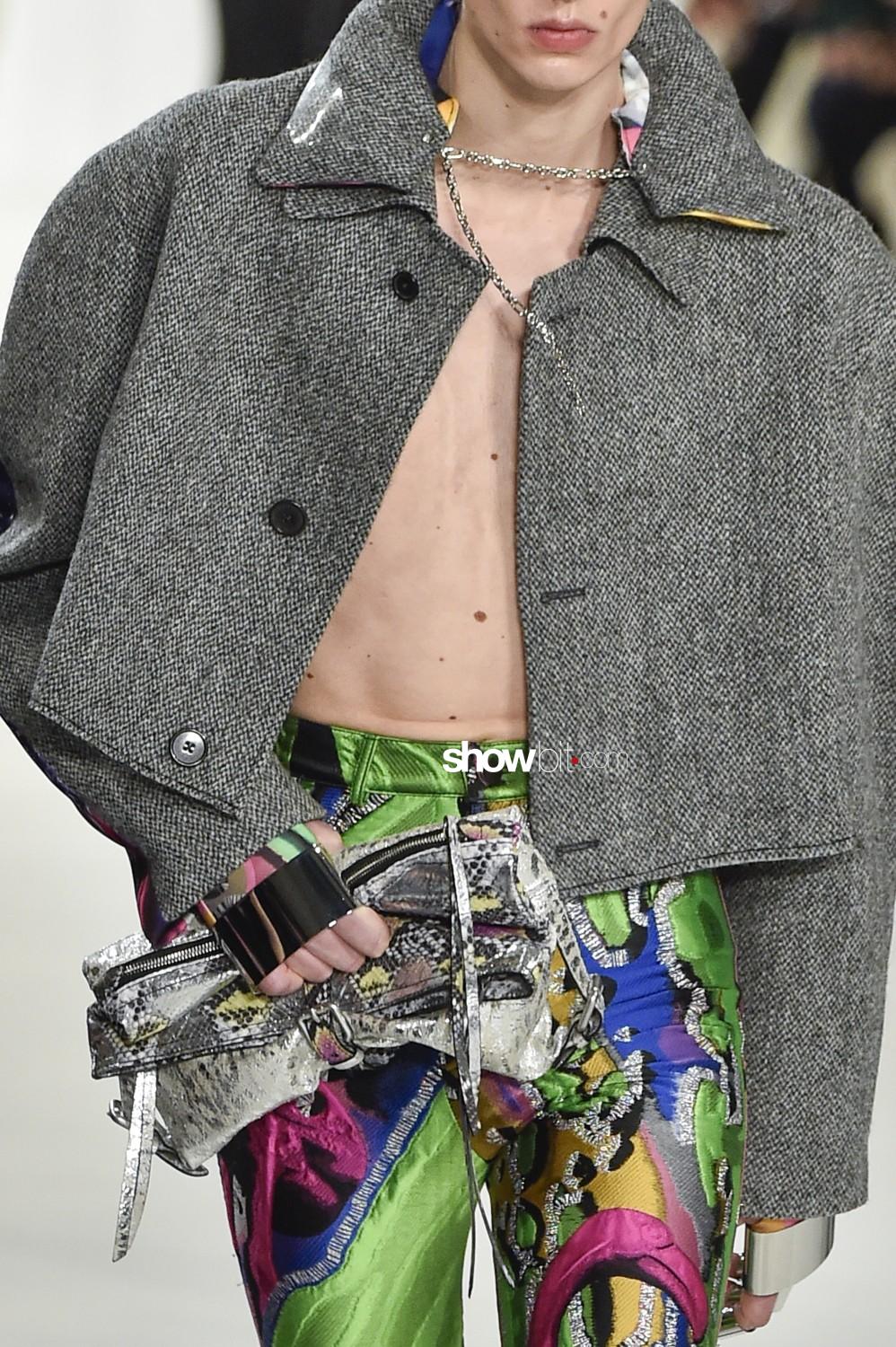 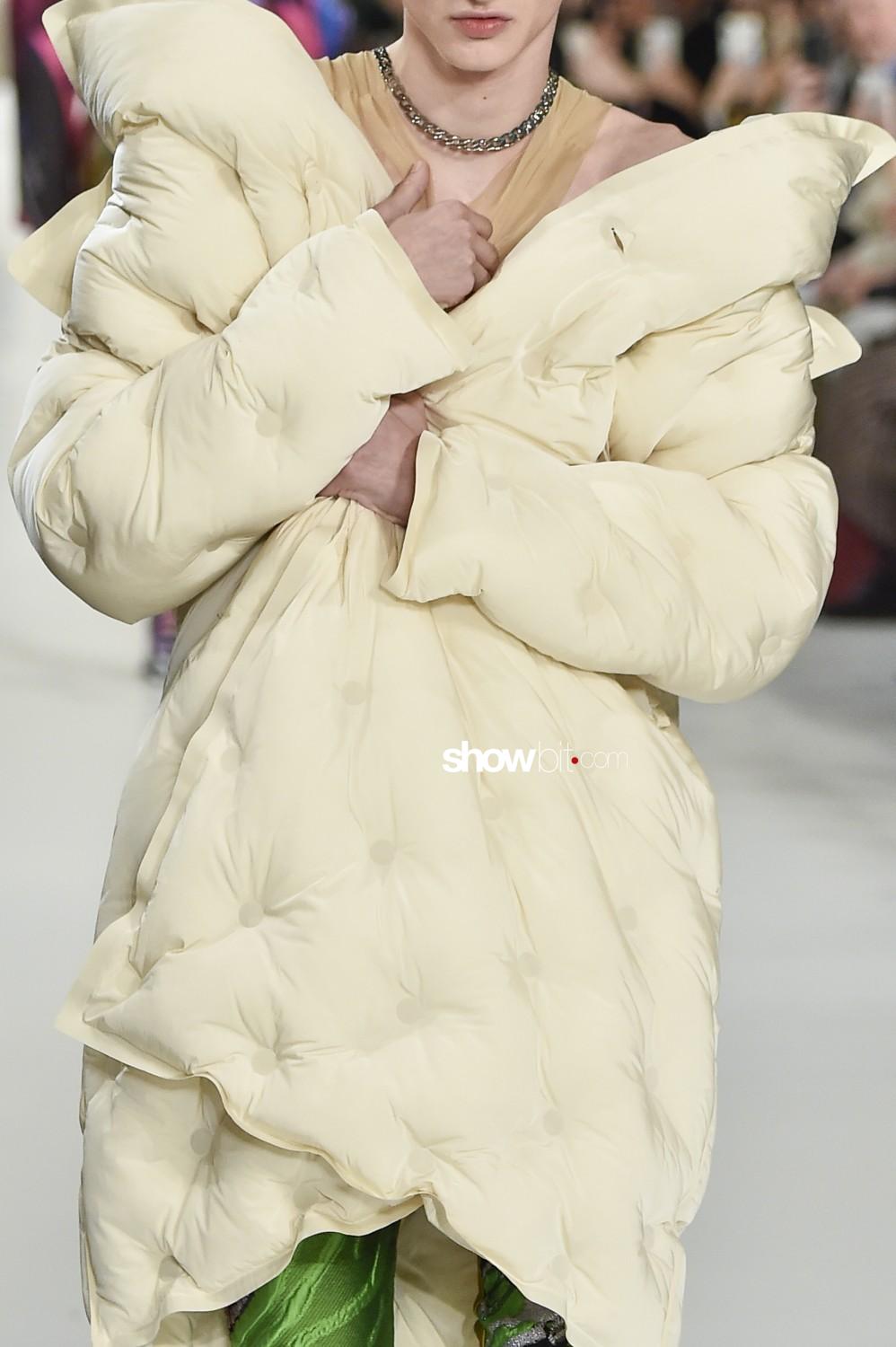 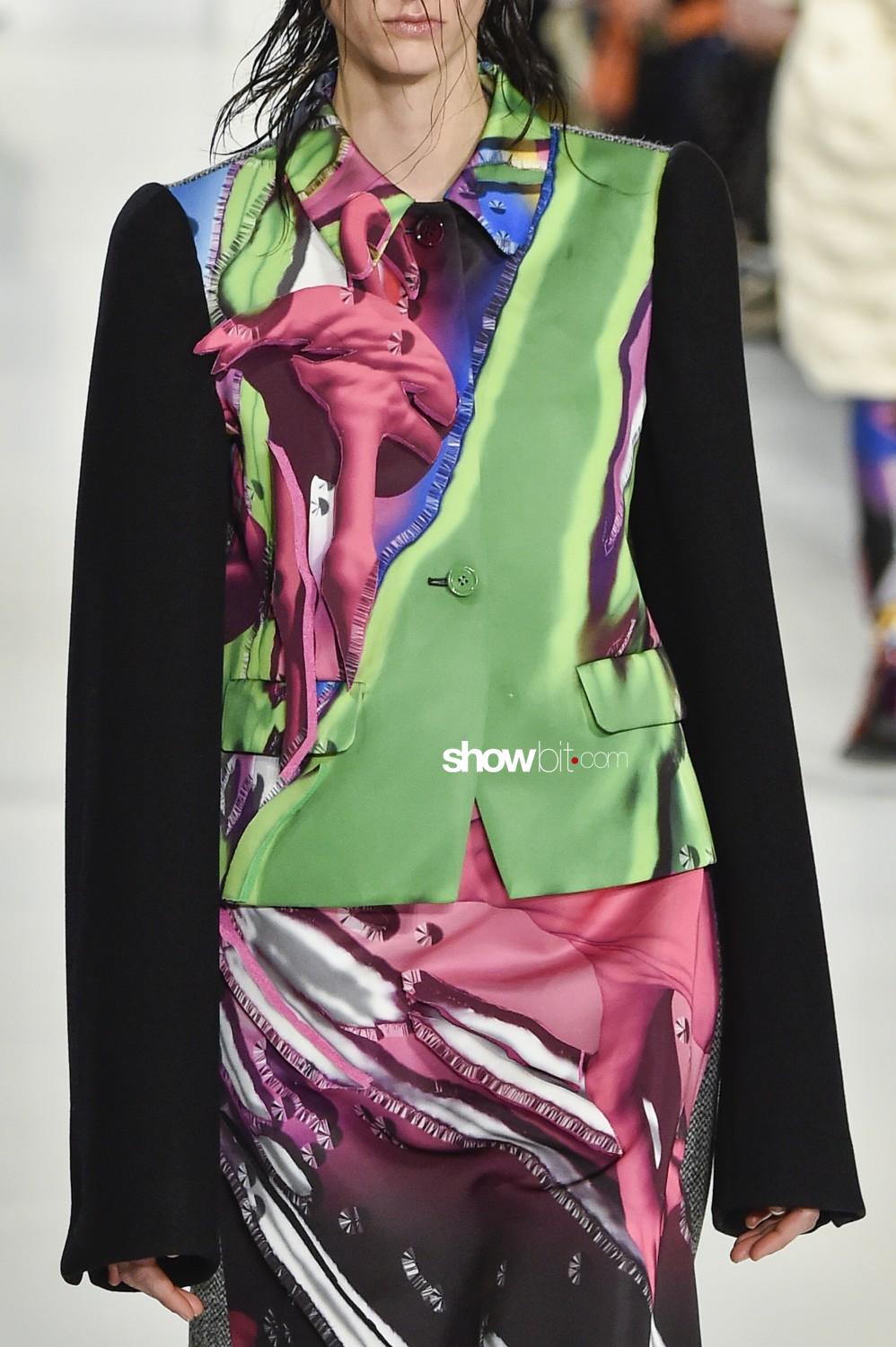 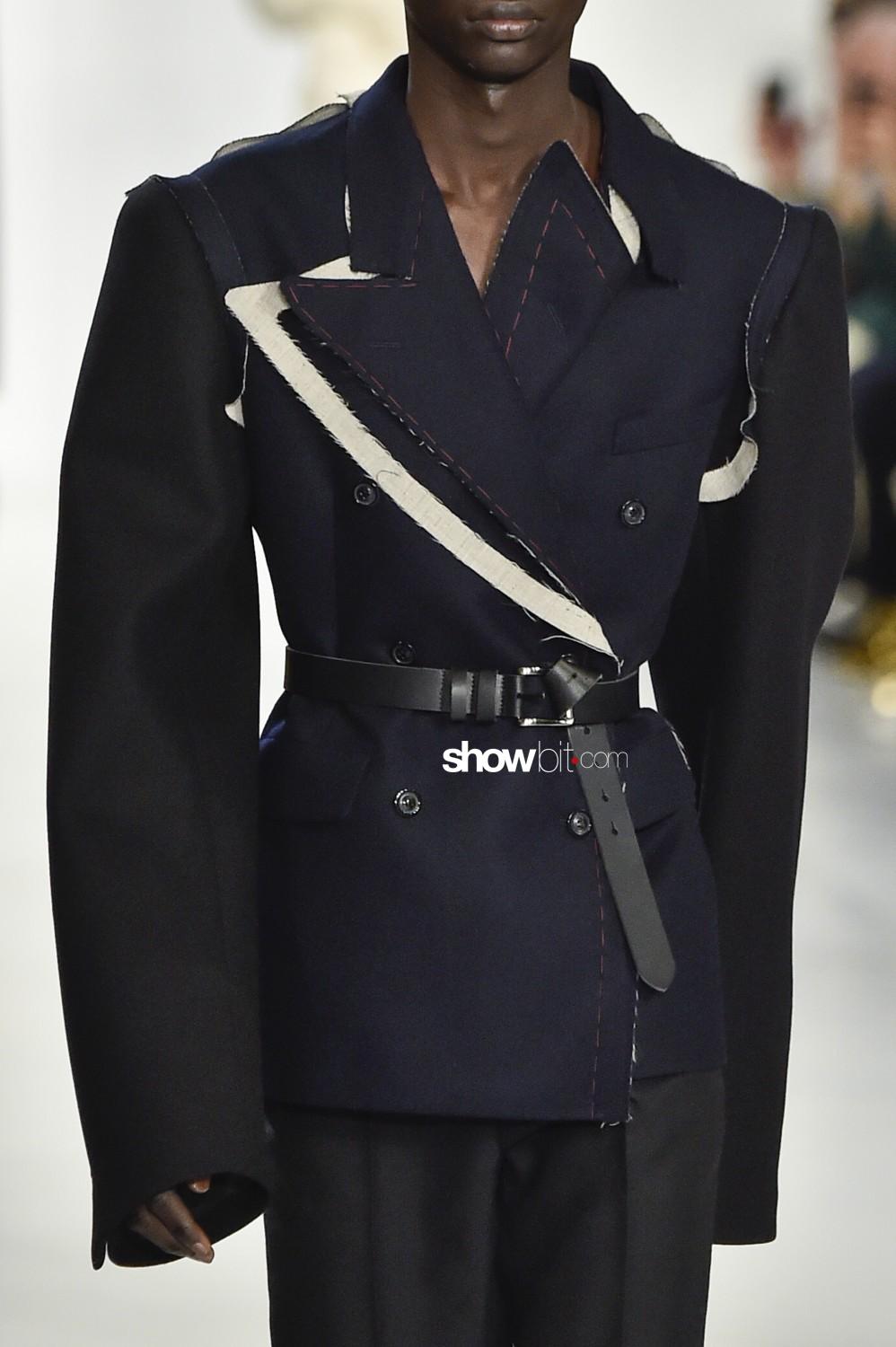 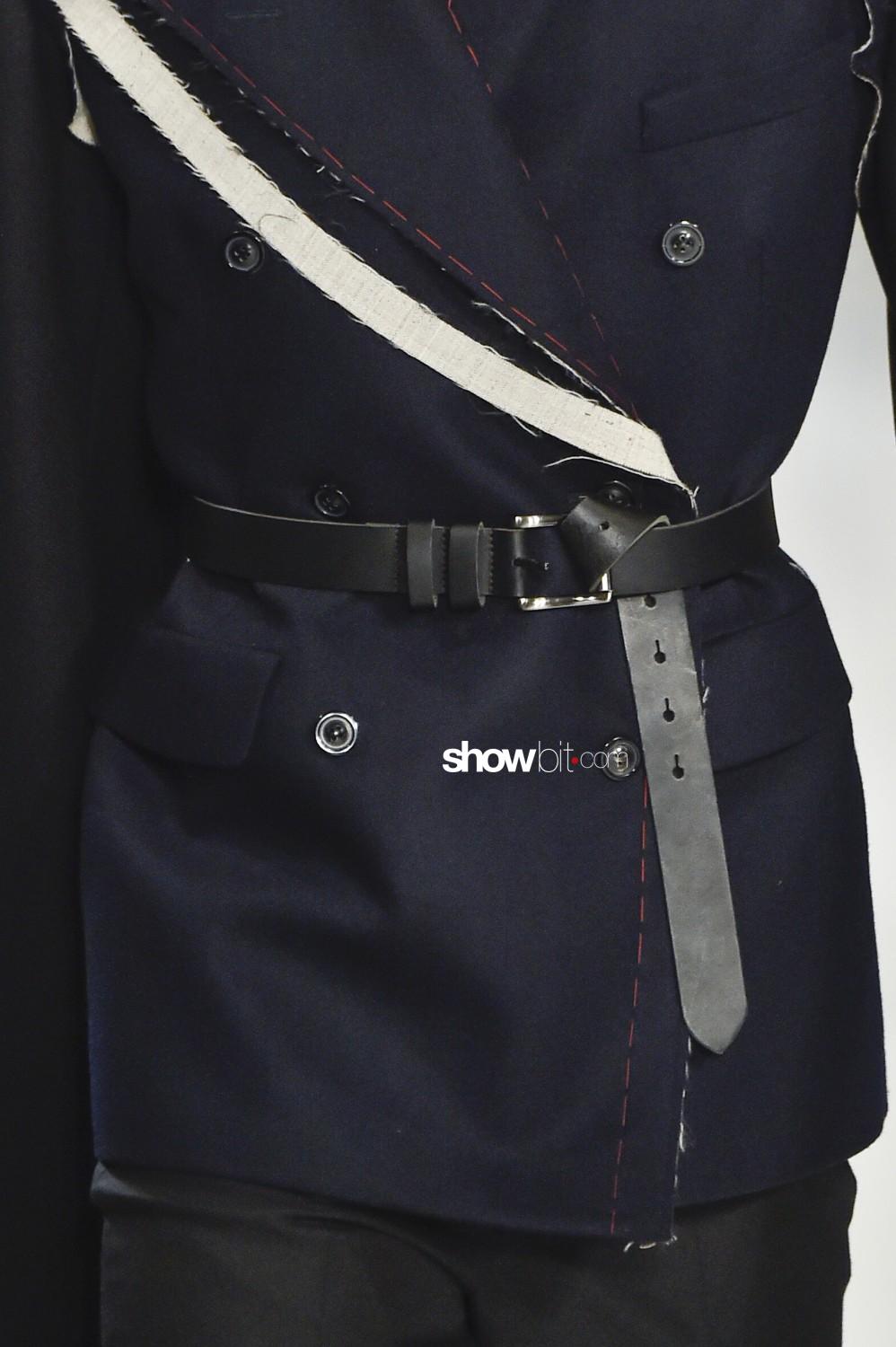 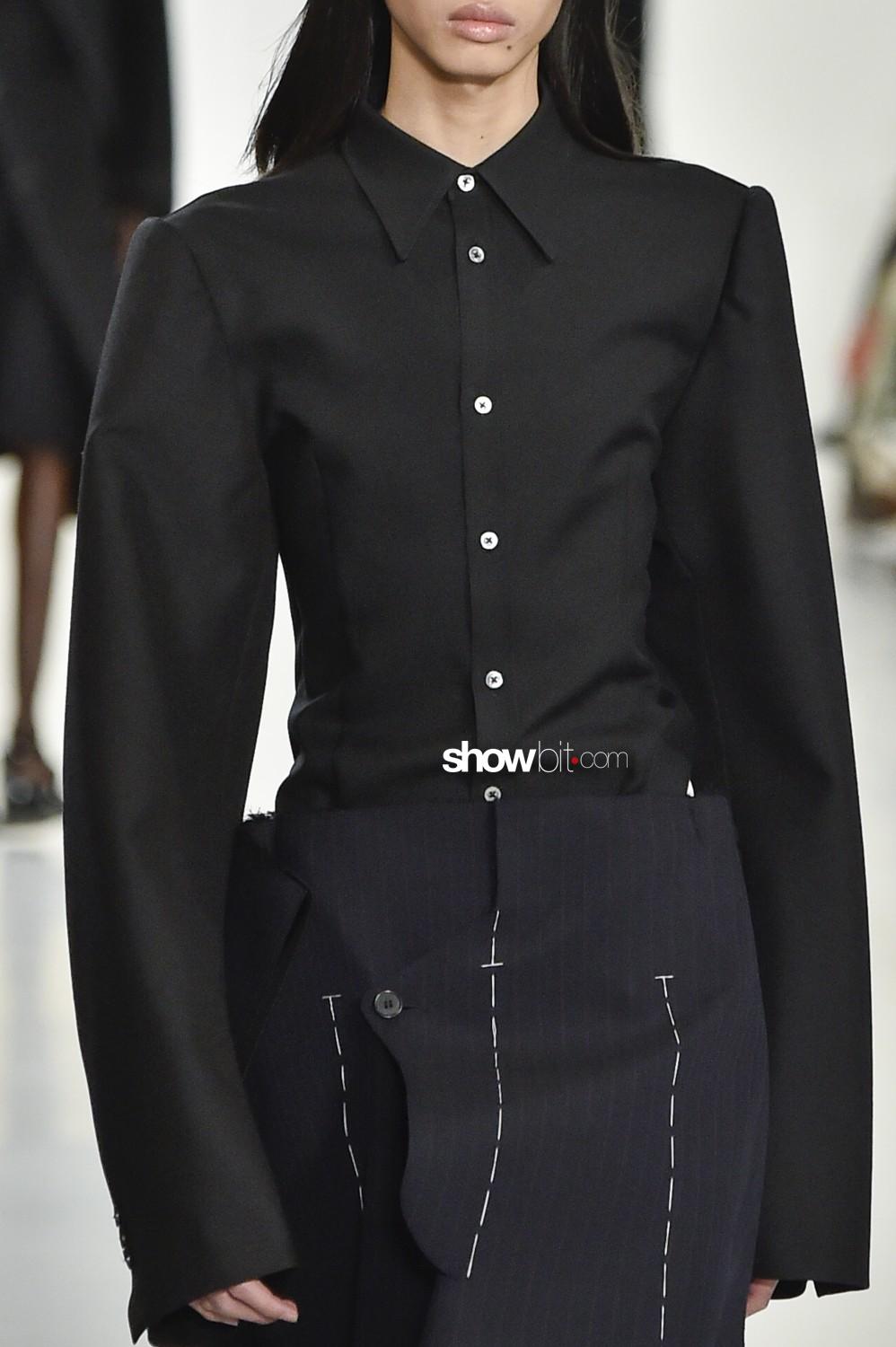 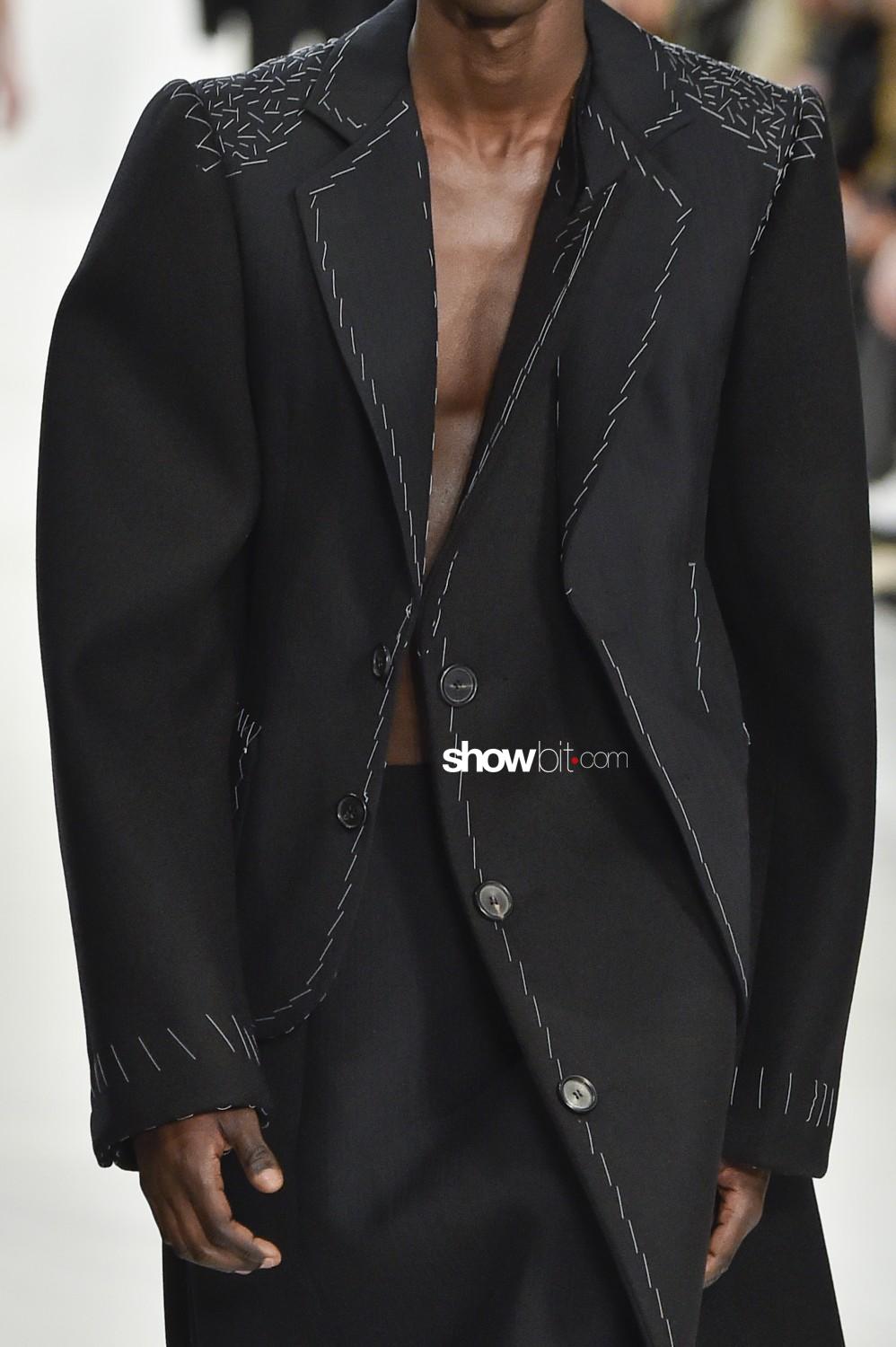 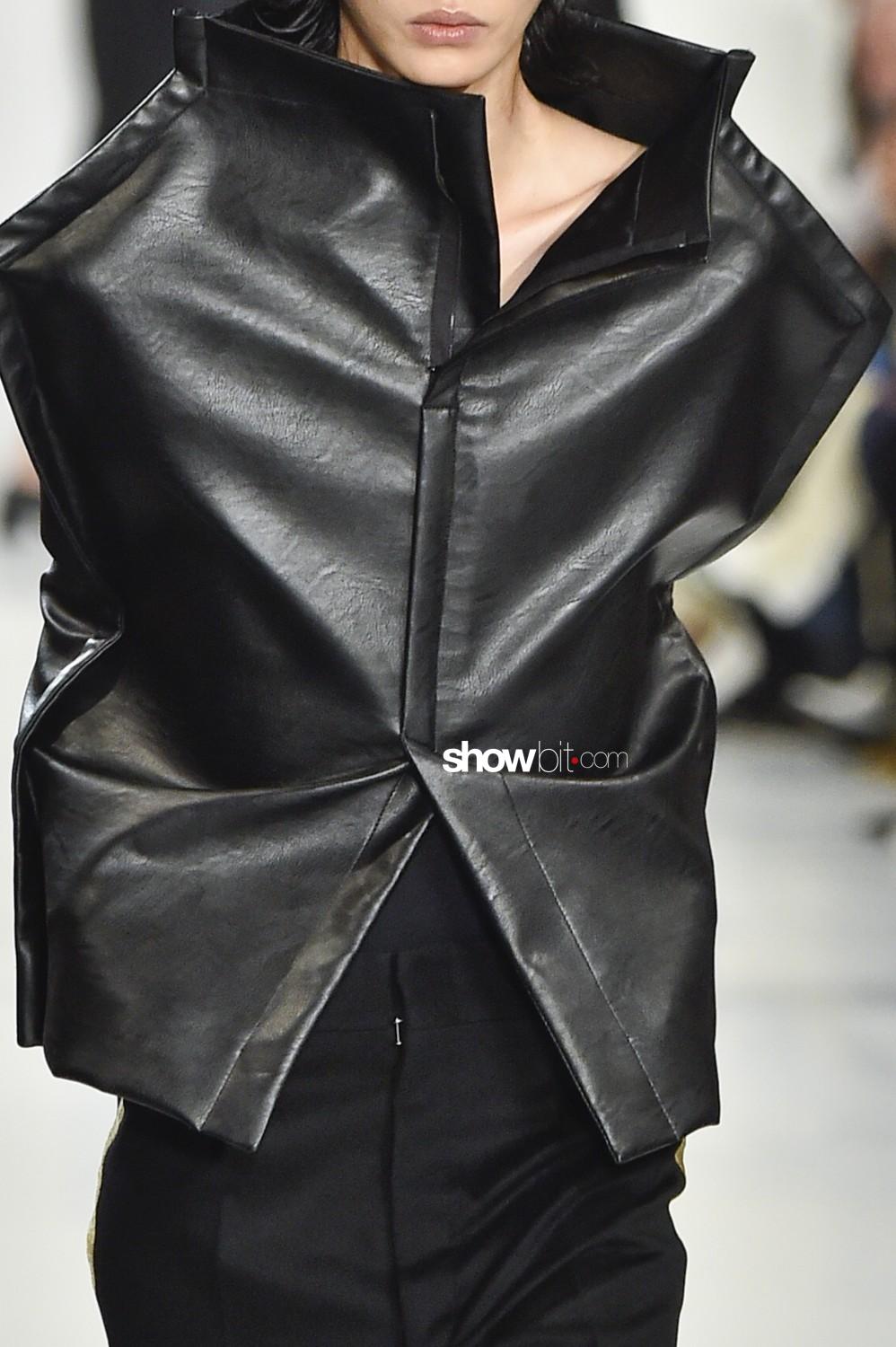 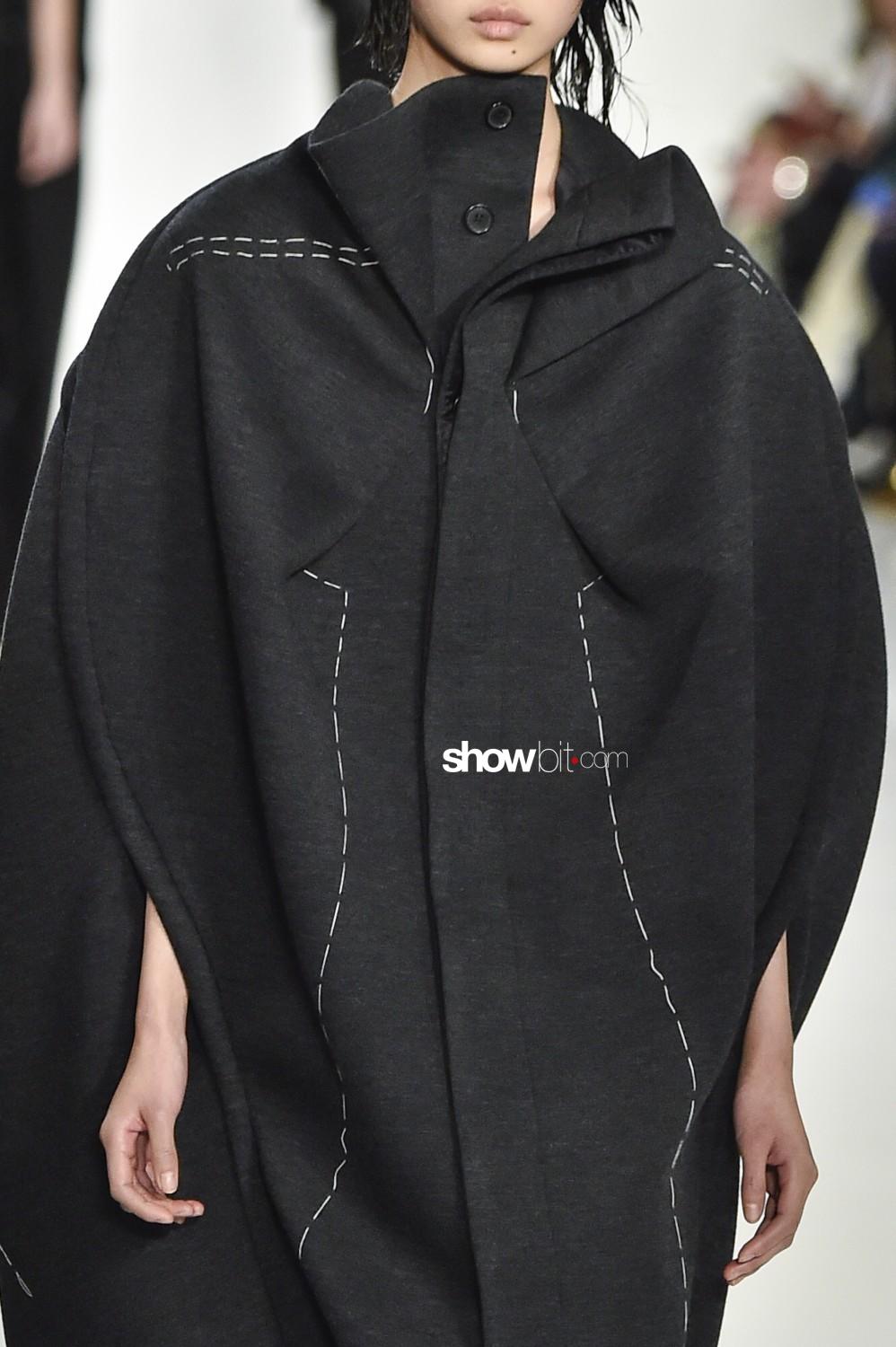 Find all the close-up images:

Find all the full-lengths:

After the storm of decadence – perfectly rendered by the Margiela‘s last seasons’ décortiqué fashion-, on first impression here finally comes the calm of austerity.
The tailored traditional suit, as we have been knowing it since the Industrial Revolution, is now submitted to a rigid and radical change, and John Galliano is one of the most drastic spokespeople in the matter. Through his unique modus operandi, he skilfully uses fashion as a mirror of the changes provoked by society in the world of perceptions. It’s the over-stimulation and over-exposure of excess that distorts reality and confuses truths; an excess that cannot be but followed by decay and austerity, as a result of inevitable cyclical phenomena. But there’s hope in this message, in the same manner as in an overwhelming environment of oversaturated impressions, the youngest generations crave authenticity.

That’s what Galliano is offering in his Fall 2019 collection: he goes to the heart of the concept, depriving the garments from the useless and the predicted, in order to reach the purest nucleus. The sober-tailored garments are cleaned from any identificative elements, conveying a gender-free character and letting our image to choose our identity and cultivate it. Furthermore, the garments are just the memories of their original shape, changing their roles into infinite morphing possibilities; reduced to their essence and proportion without any overstructure to limit their signification: jackets blend with shirts and coats, or transform into dresses, making it difficult to place them into structured categories.

The key to comprehend the collection stands in Galliano’s lovely sounding one-liner: It’s not about the end product. It’s the journey. It is true that his pieces are descendants of tradition – made of classic tweeds, flannels and herringbones – but this tradition is still in its handcrafting stage; it’s about the incomplete couture product, an intermediary between the idea and the concrete outcome. Visible stitching on blazers serve as a reminder of the artisanal skills that are needed to create this kind of clothes; high necks are left free to droop, vaguely reminding the bustier during the moulding process on mannequin, that still has no definite shape, willing to be shaped into infinite final results.

The subversive attitude is also visible on the vivid prints that contrast with the monochromatic tailored blocks.
The final result may be upsetting, yet the message conveyed is clear: the -already- traversed path is not the only one possible solution.