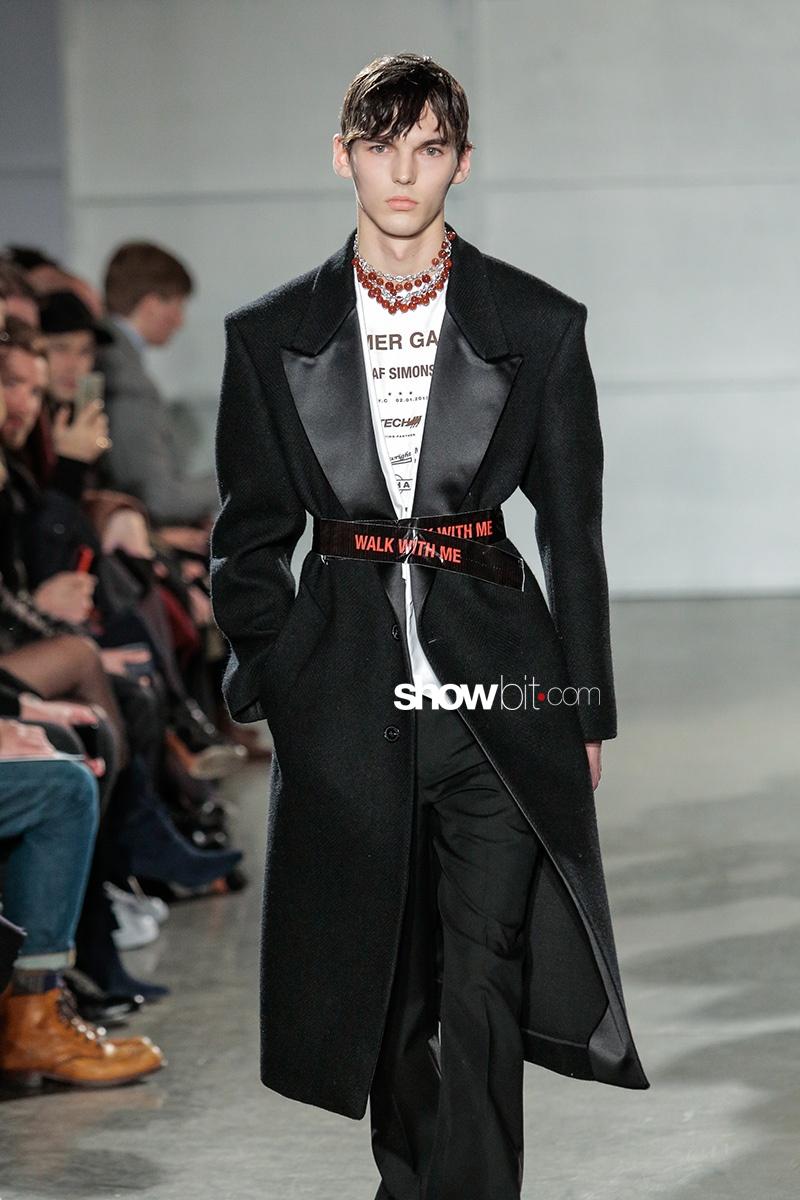 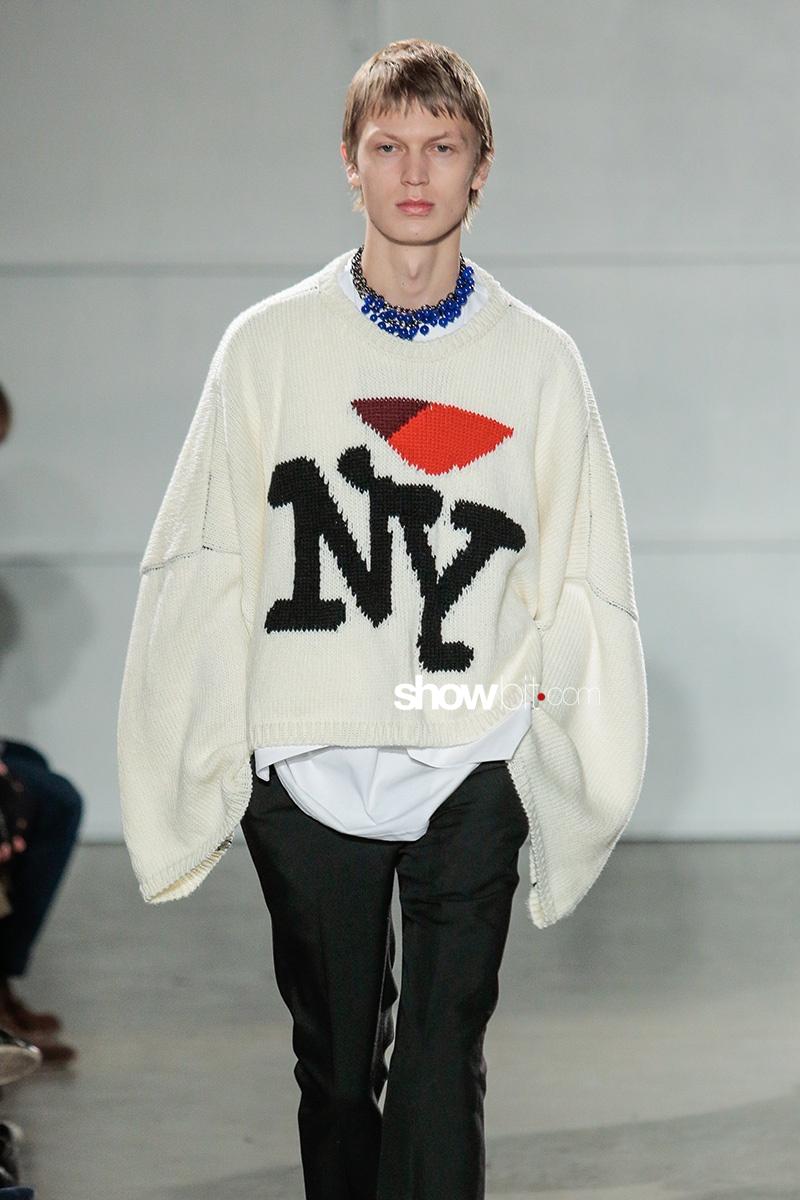 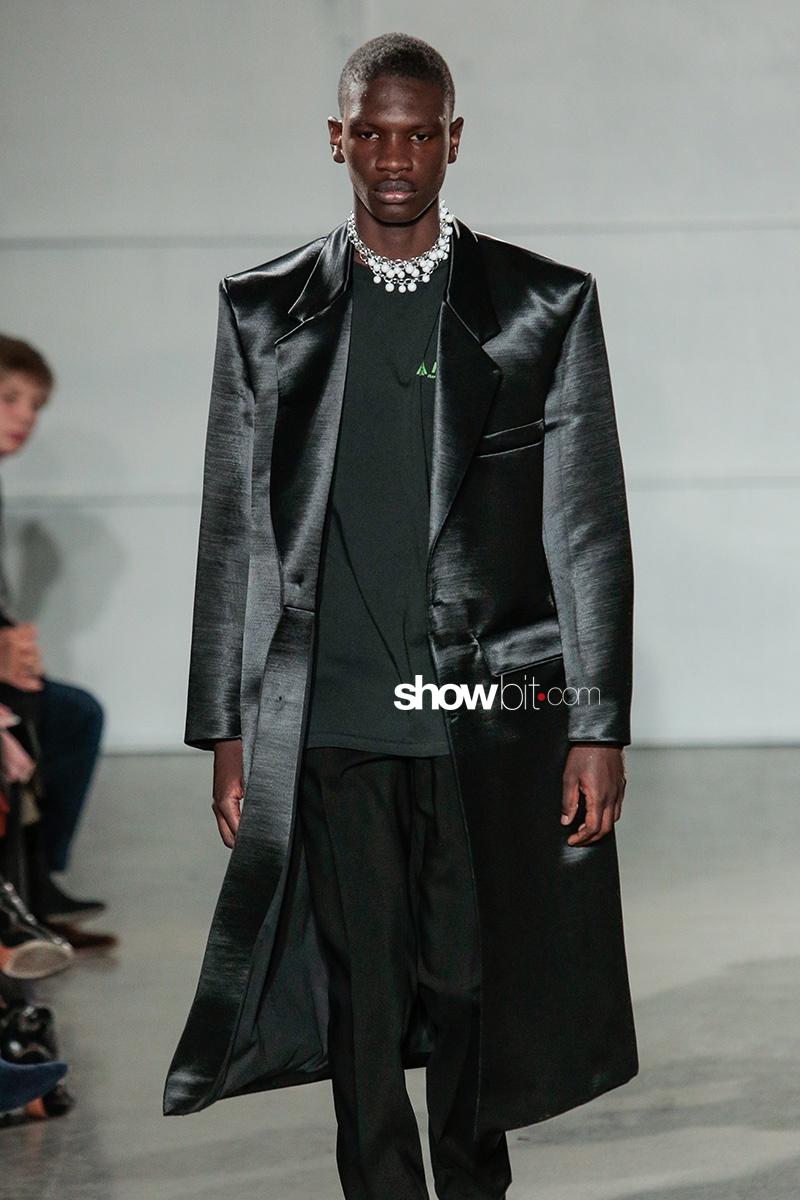 The person who goes to New York for the first time surely falls under the spell of the big city, and if you are a child everything will look gigantic and assuredly distorted. Everyone has a different perspective and experiences the Big Apple diversely whether it is the first or the hundredth time. So when Raf Simons, Belgian designer, decided to present the Fall 2017 collection of his eponymous menswear brand during New York Men’s Fashion Week the curiosity got high. The fashion show comes some days before Simons’s debut as new creative director for Calvin Klein but it seems that the designer is already in a New York state of mind. The collection is a homage to the Big Apple and a call to be fearless.

Raf Simons designed punk-ish uniforms with satin-sheen coats, oversized pants and belts made from duct tape. The reference to Milton Glaser is visibile on the oversized knitwear which reads ” I Heart New York”, iconic logo and mainstream symbol that the designer deconstructed, as he did for all the outfits, giving them new shapes.

Take a look to all the photos from the runway