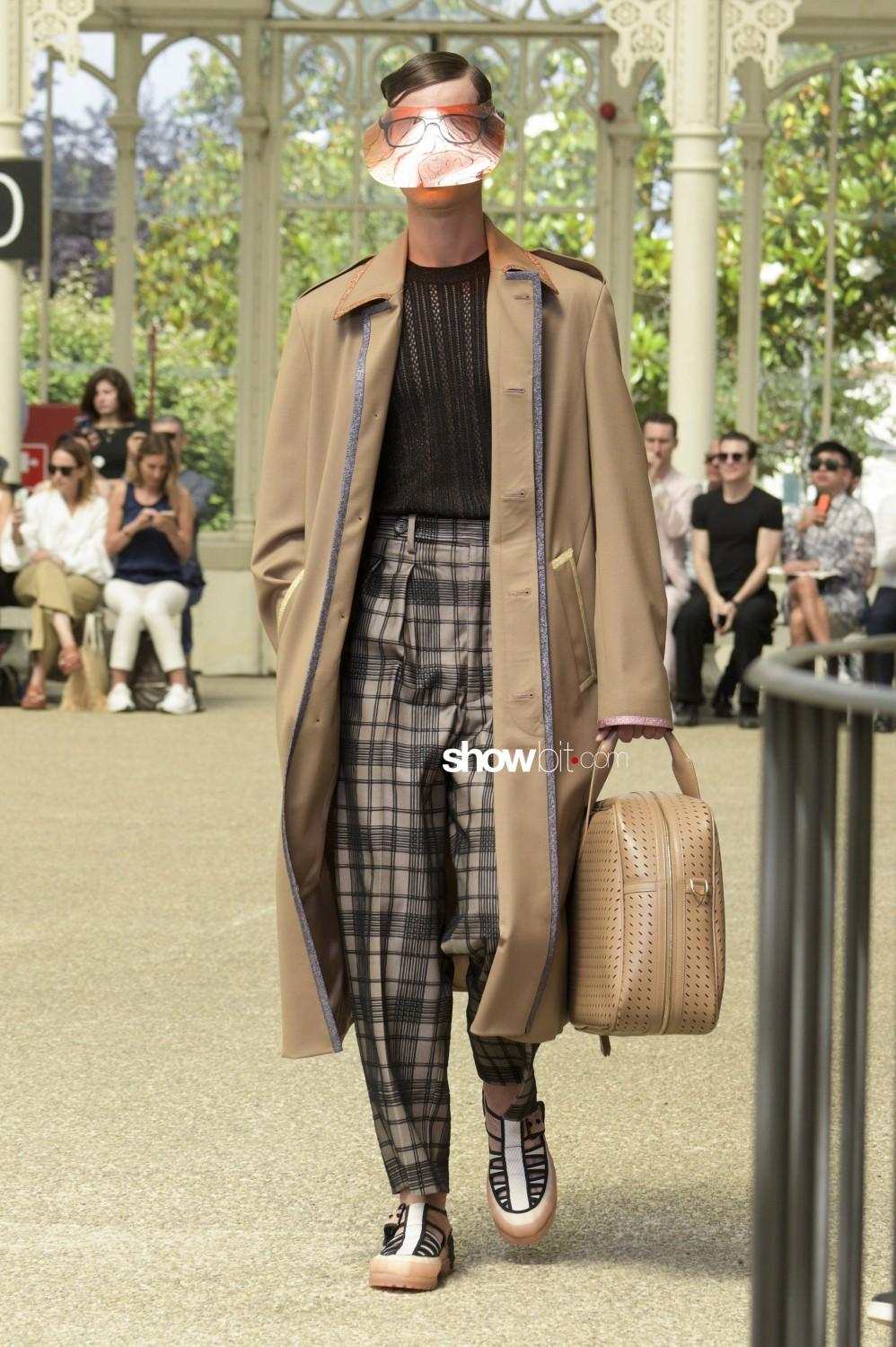 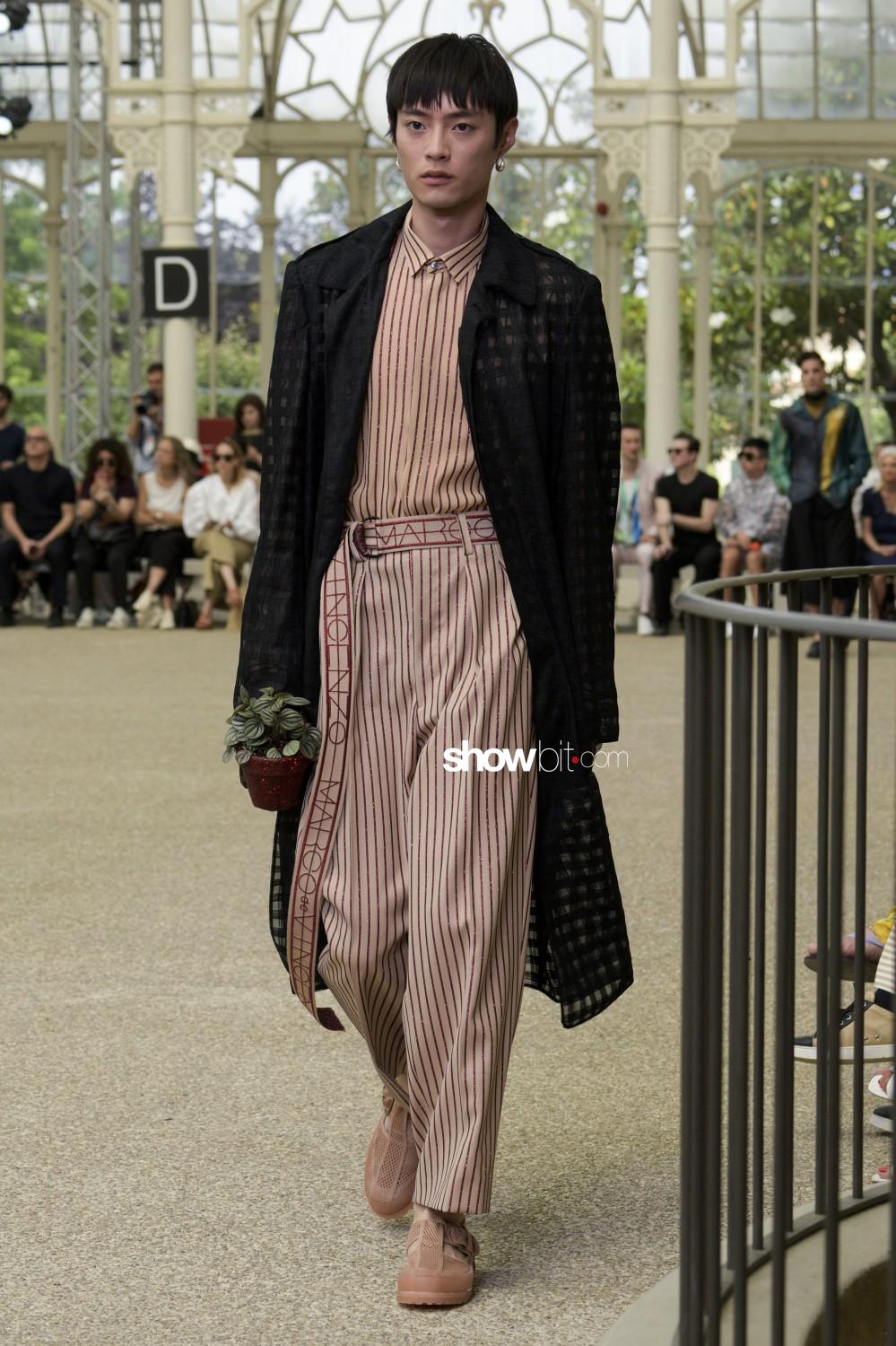 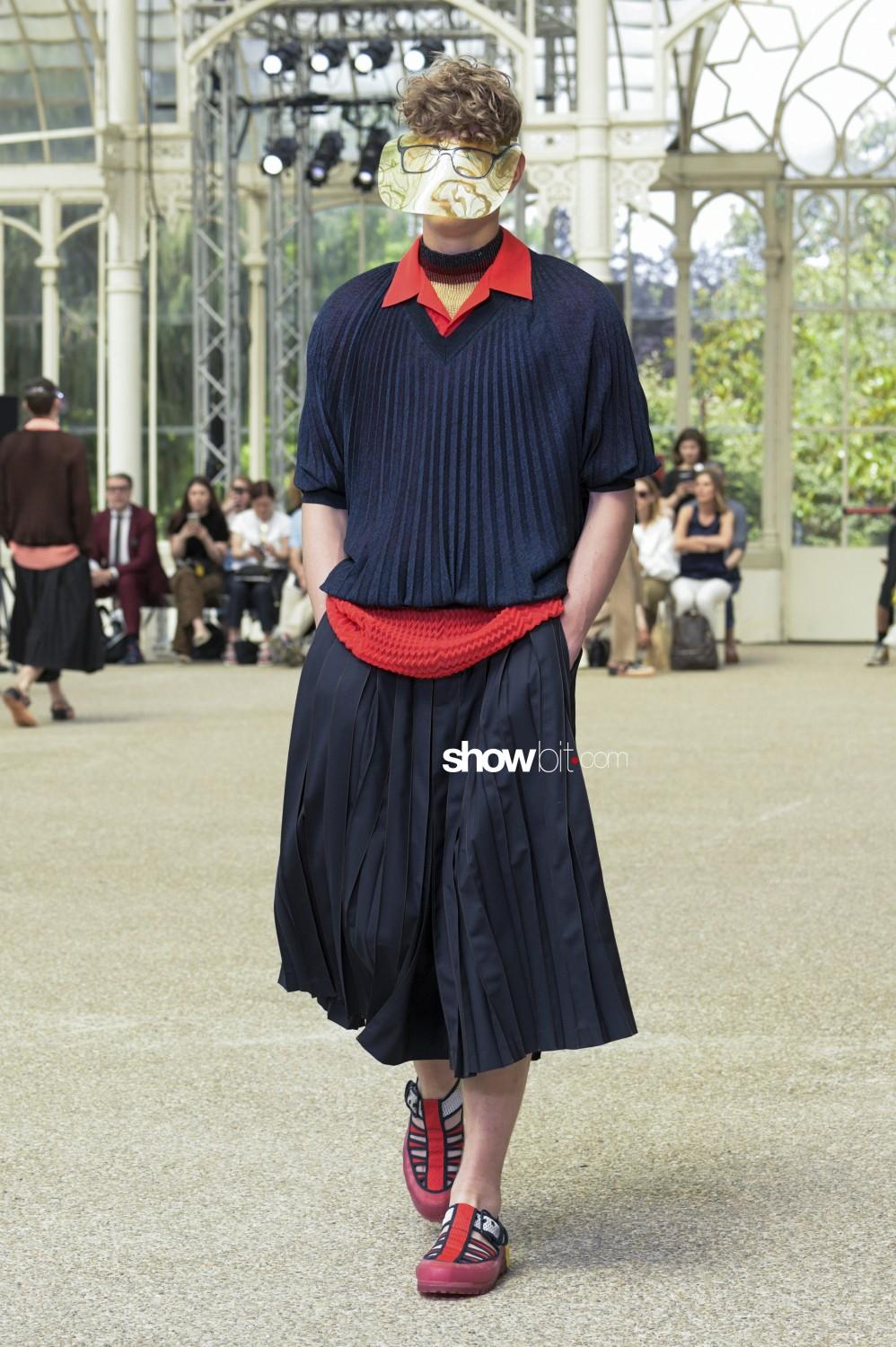 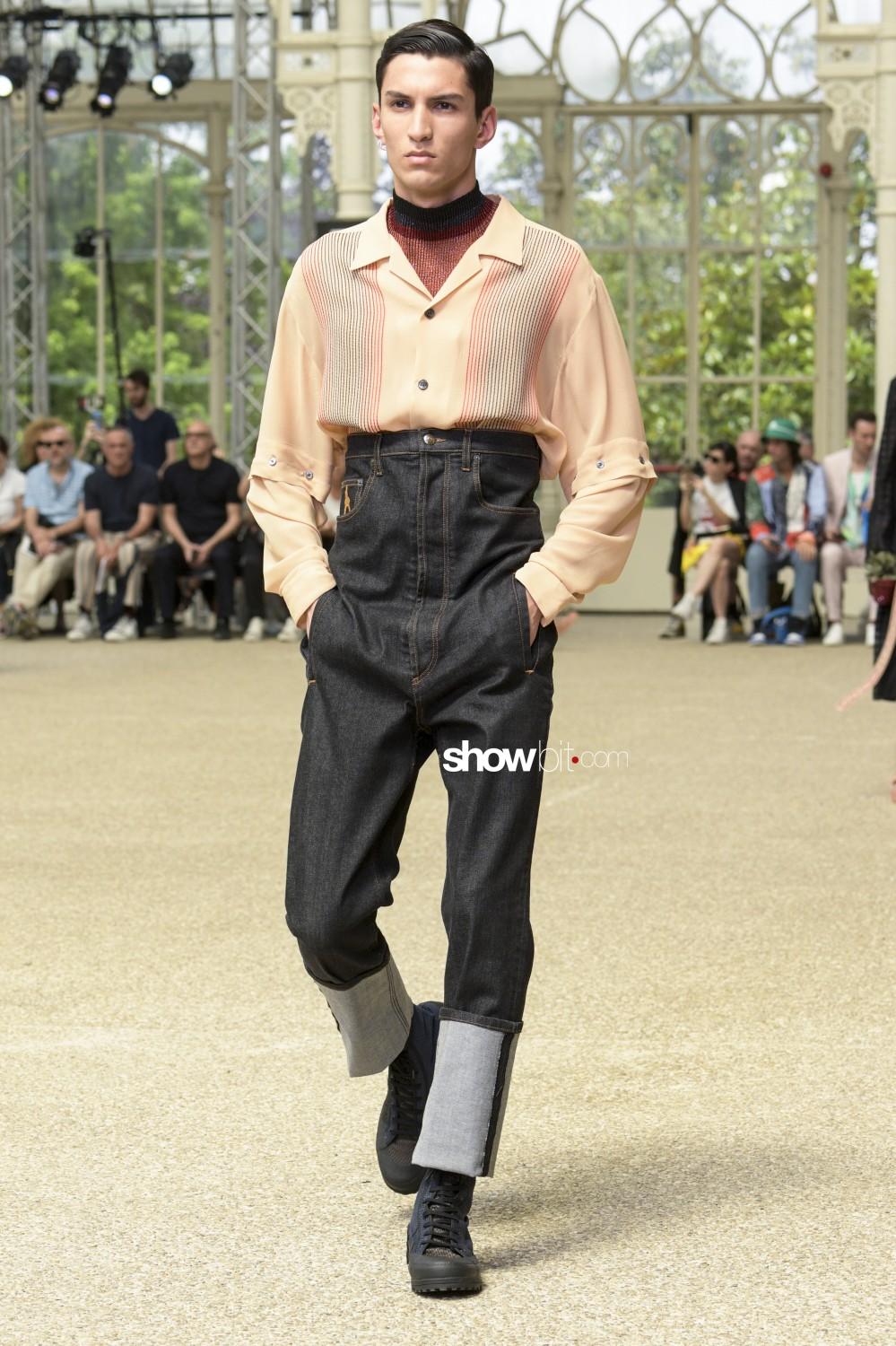 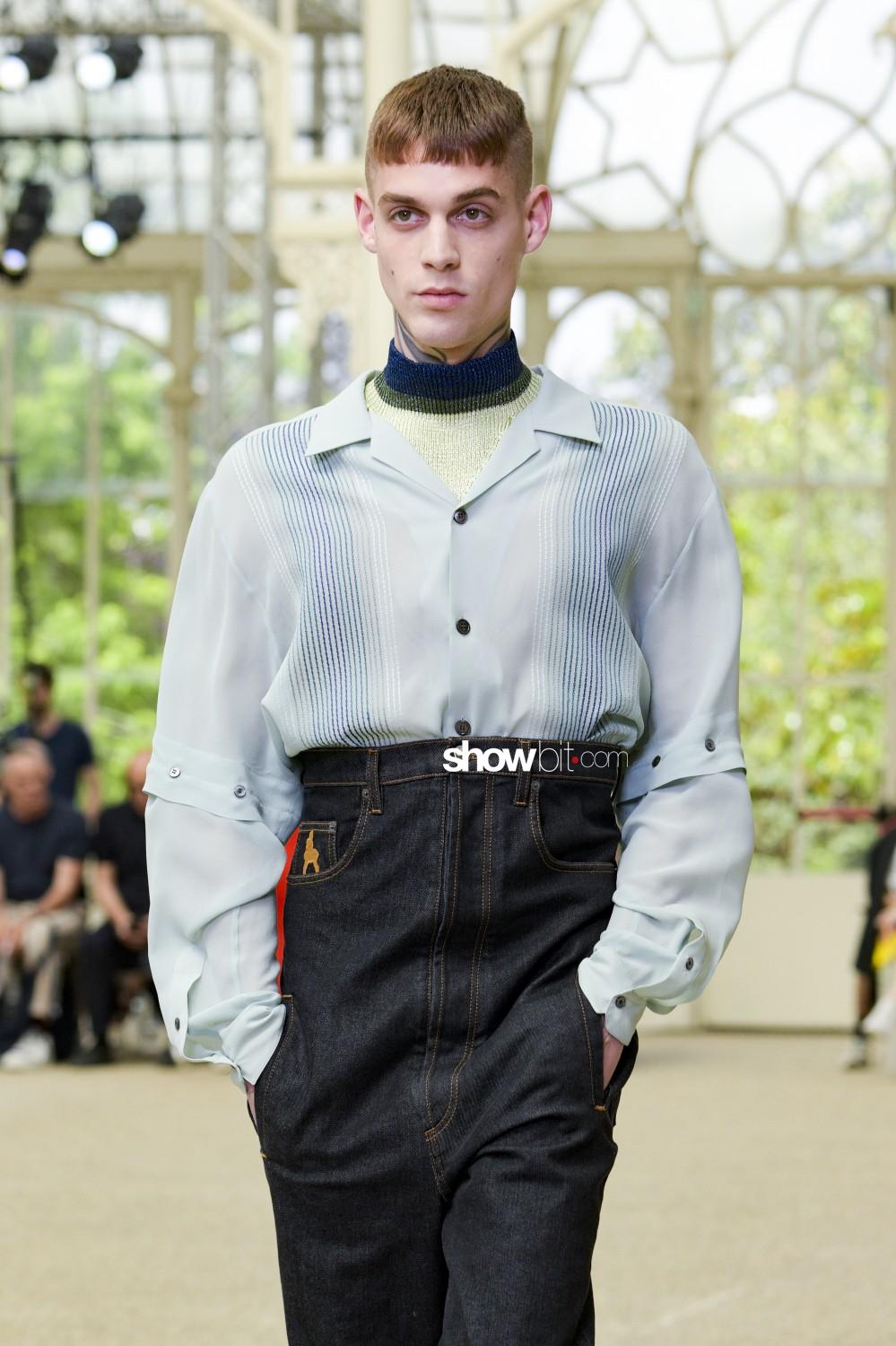 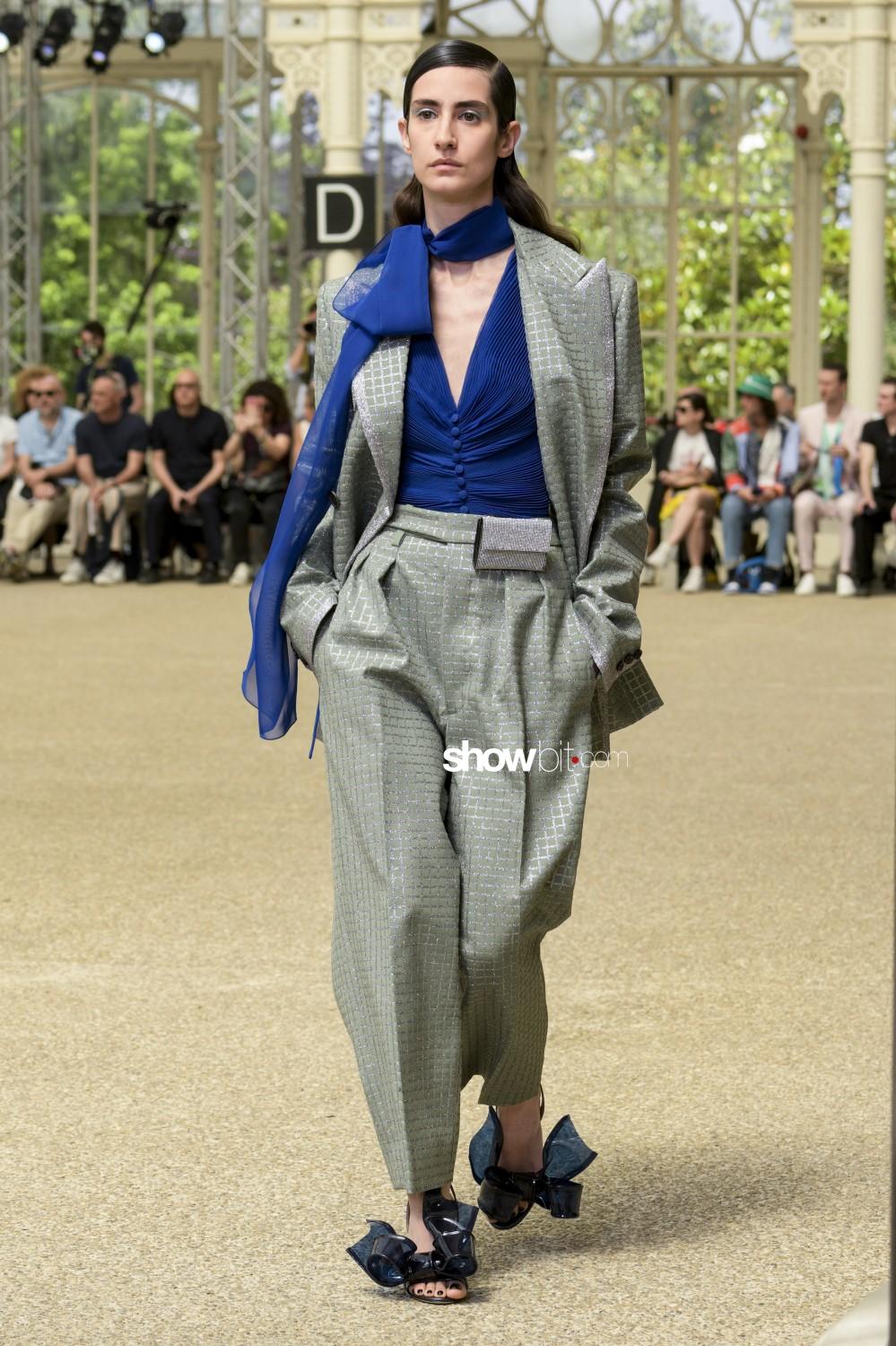 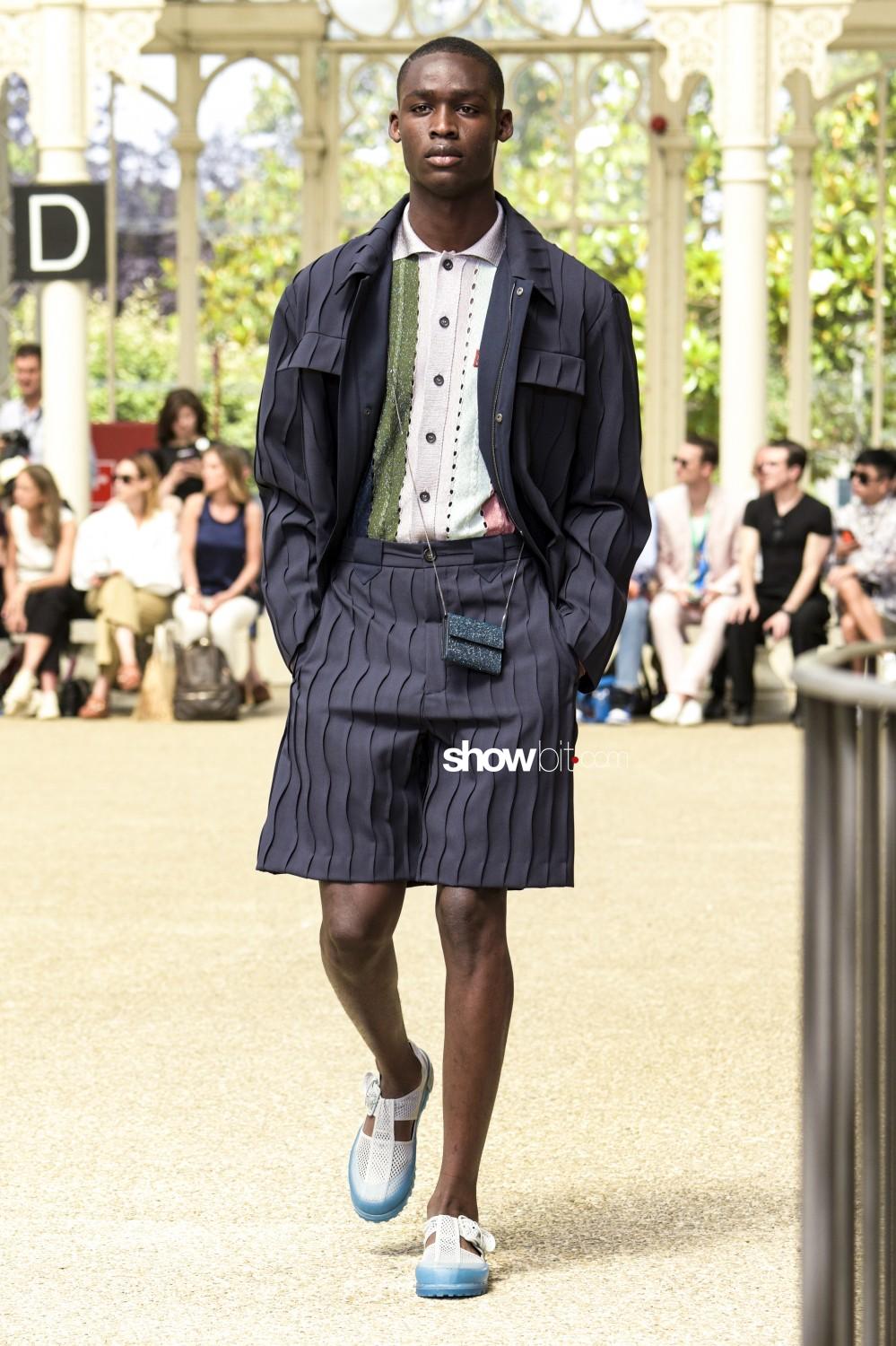 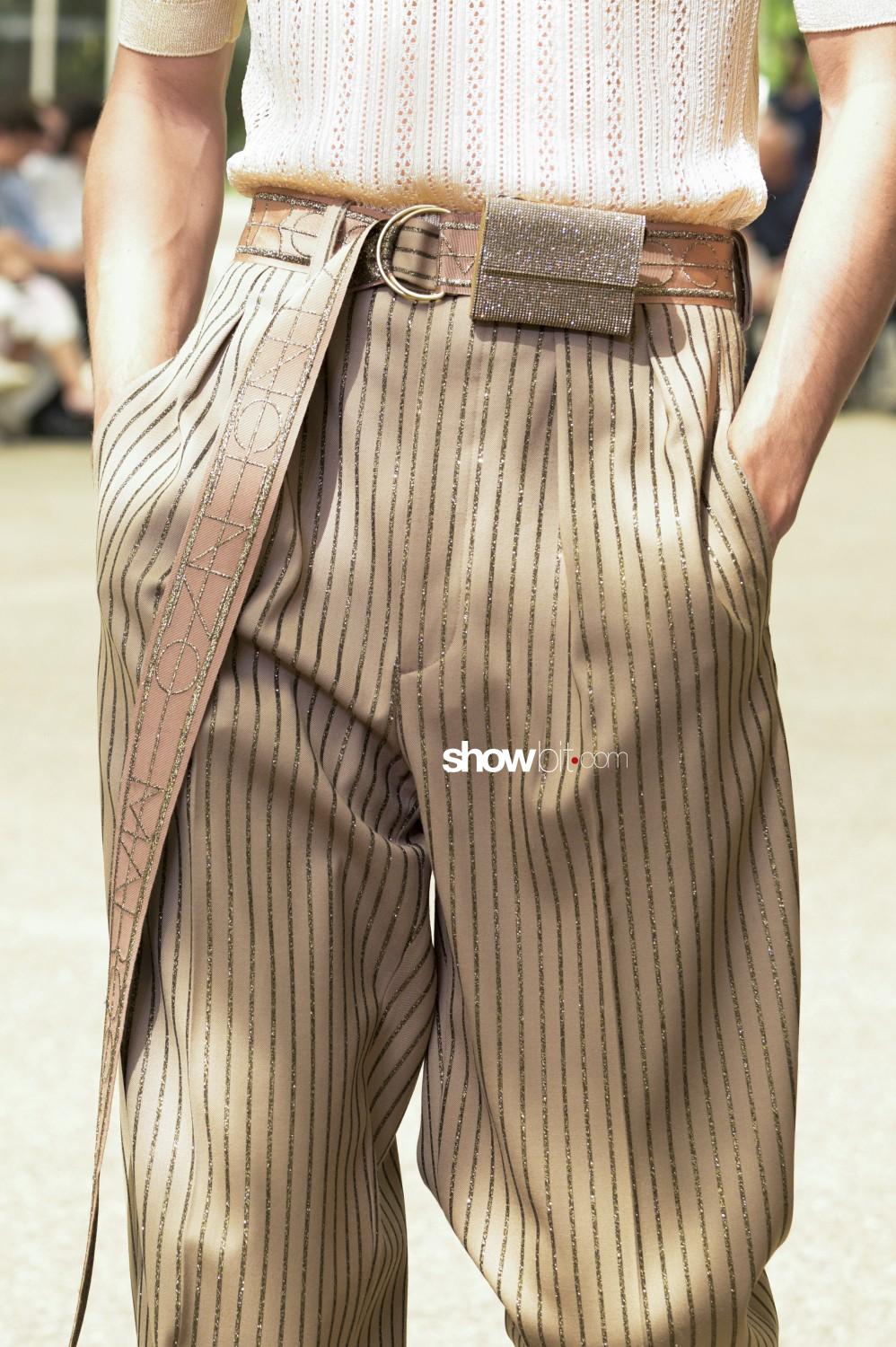 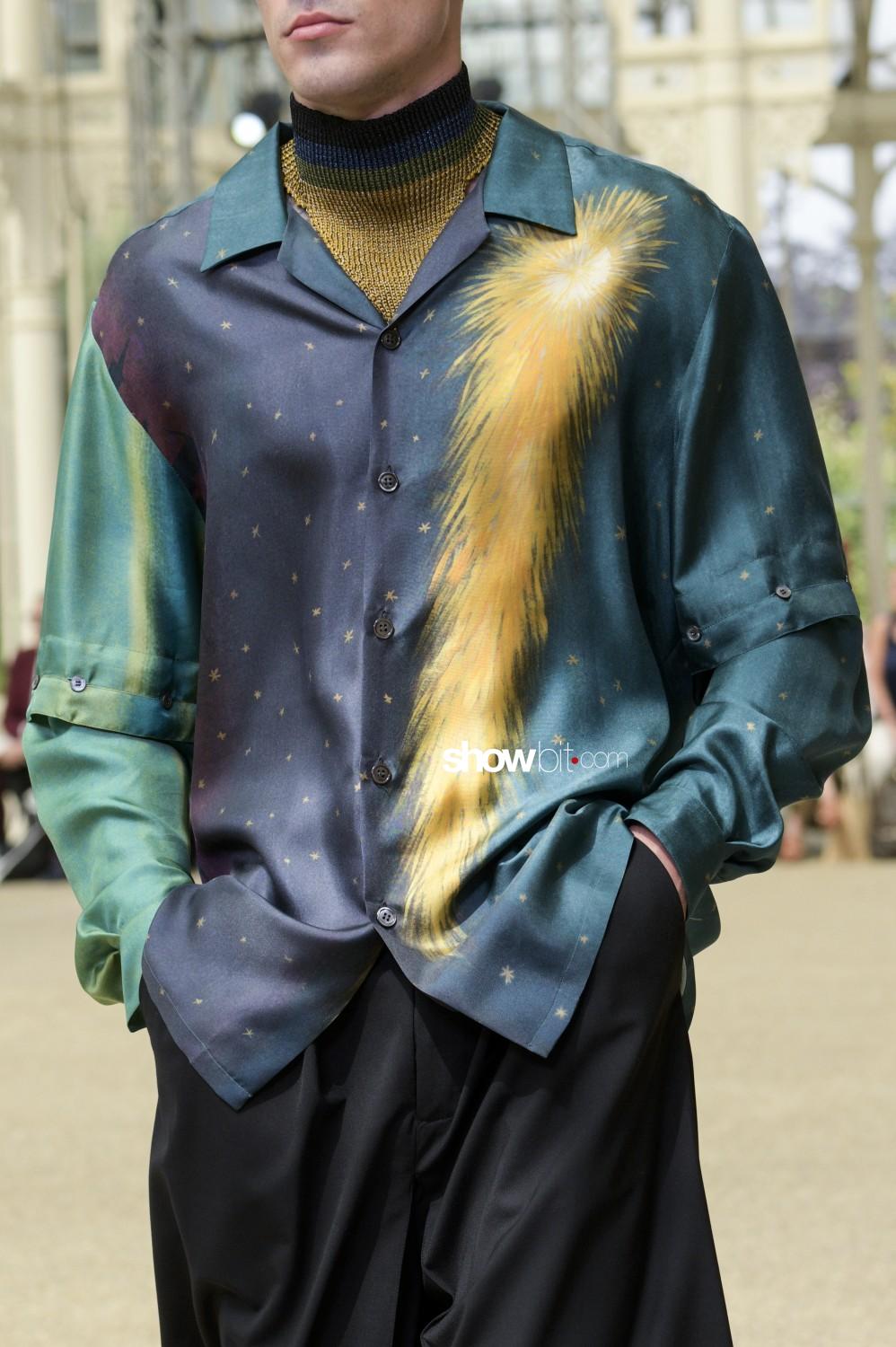 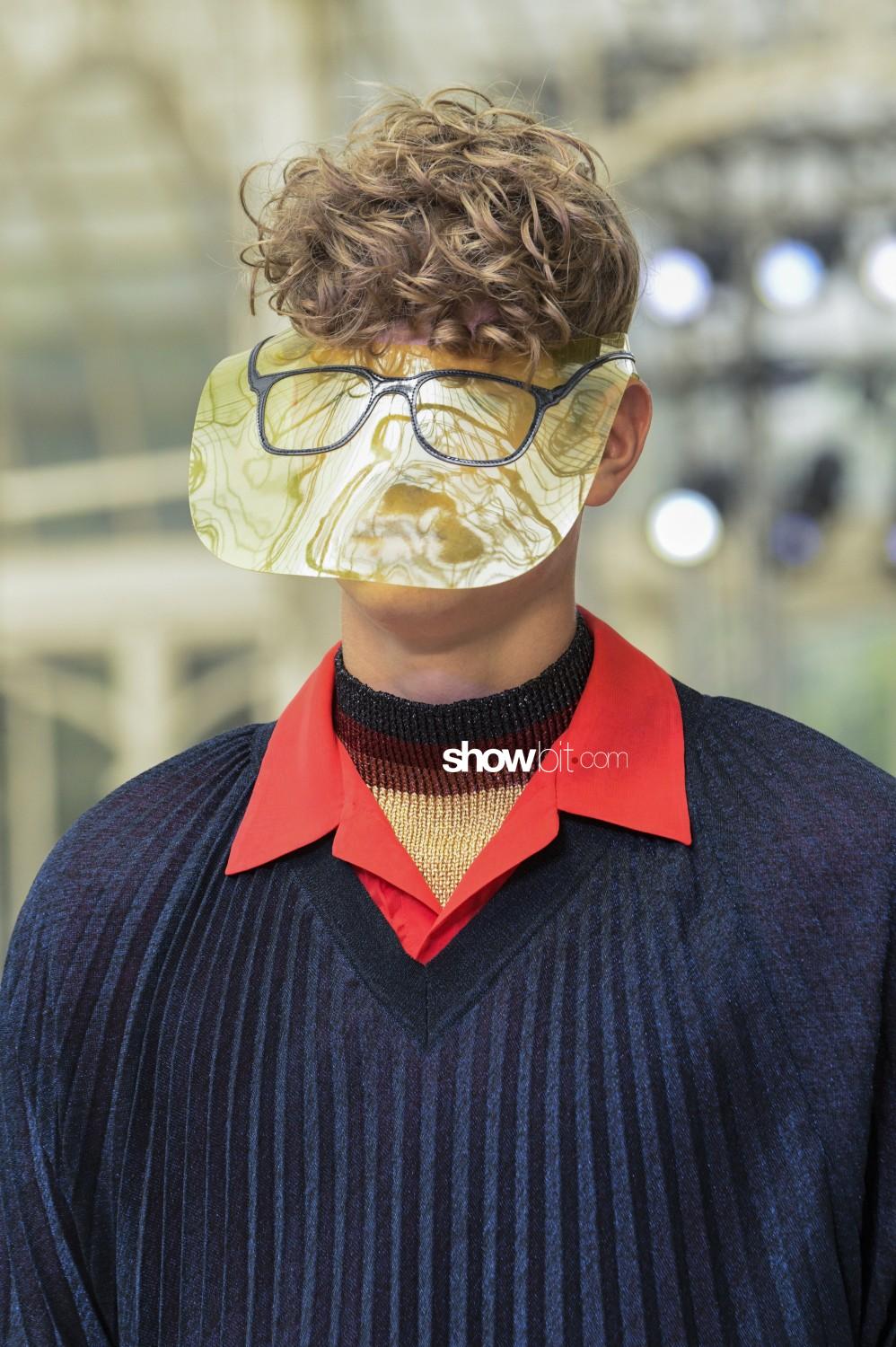 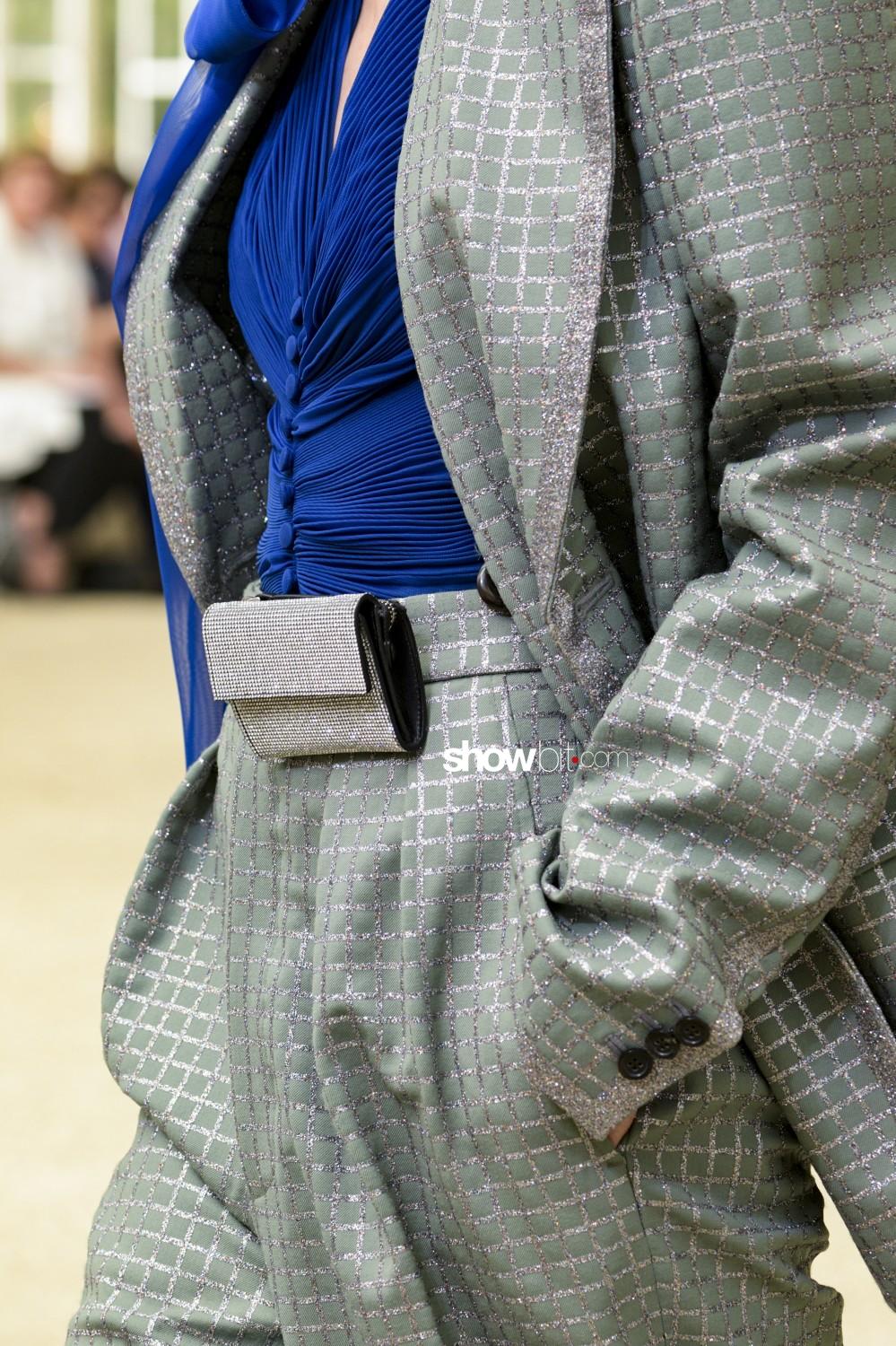 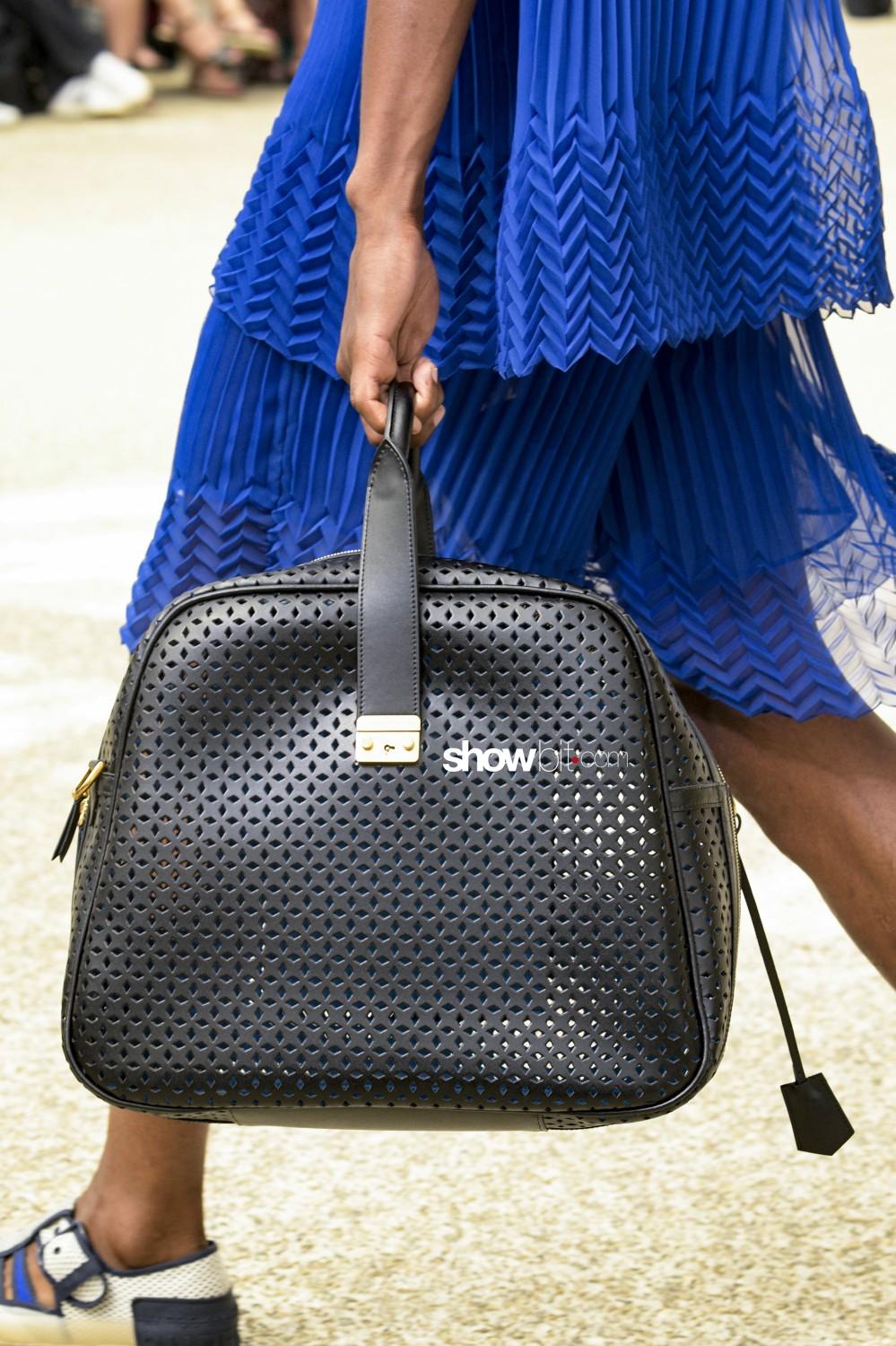 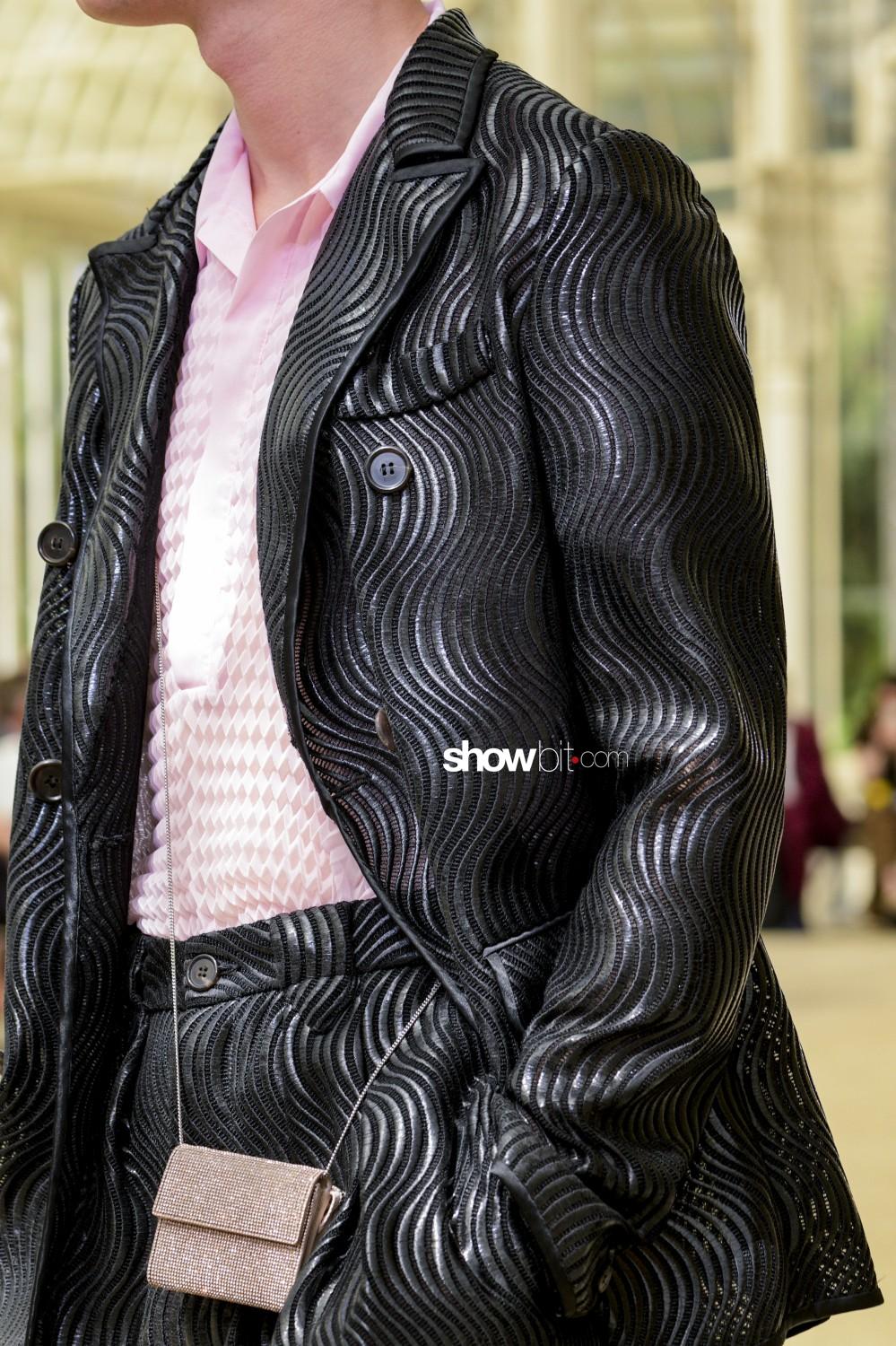 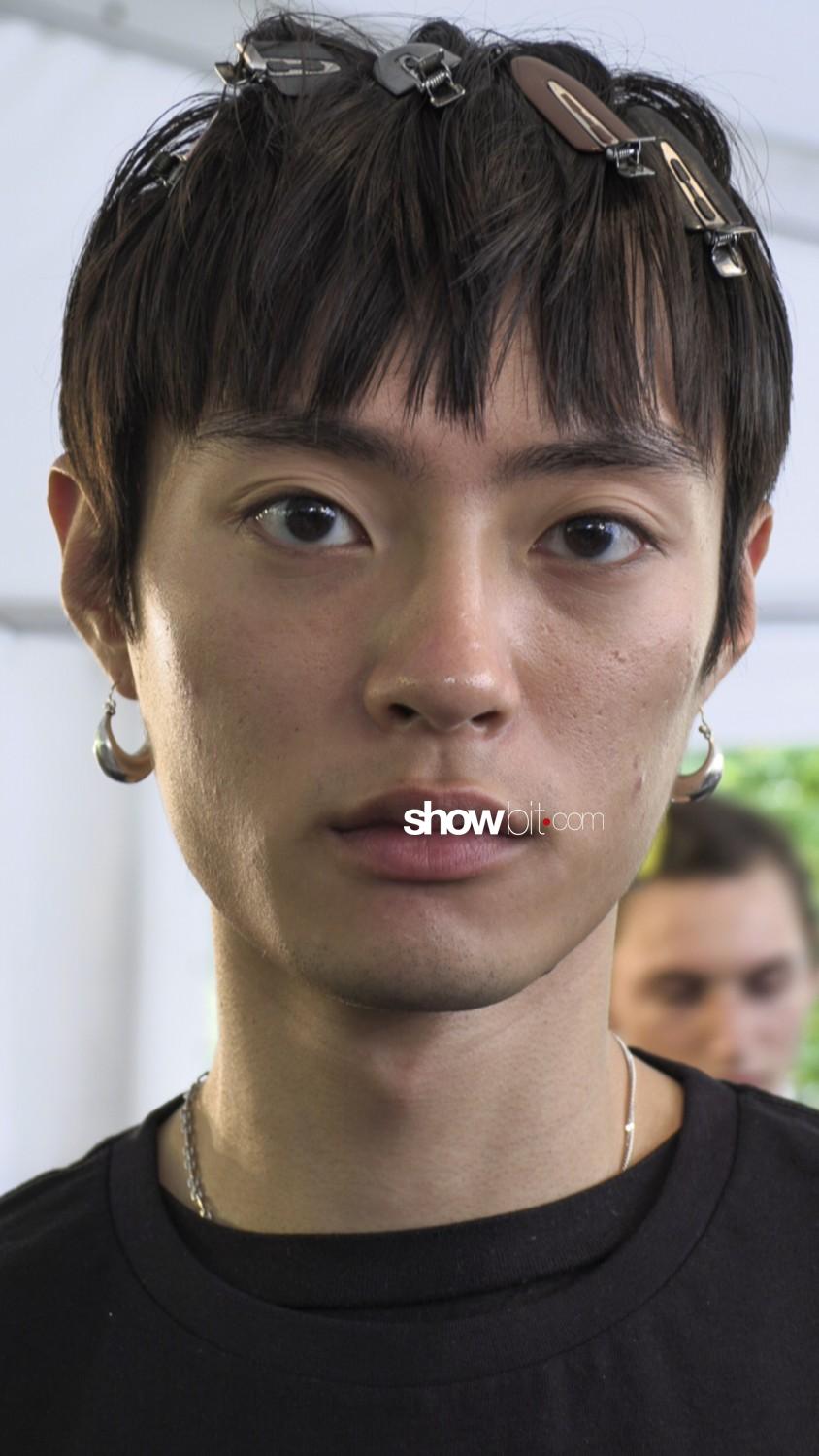 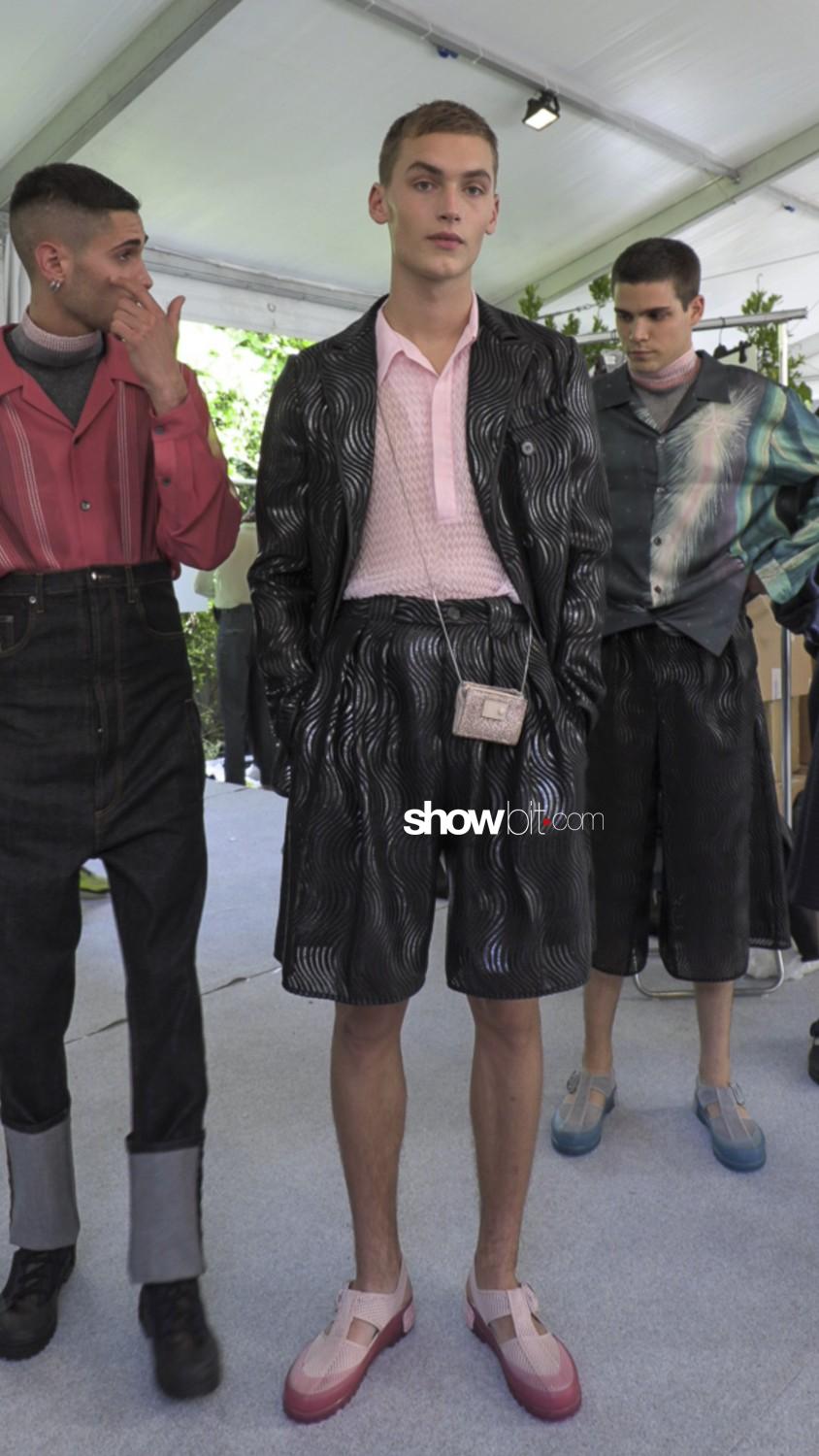 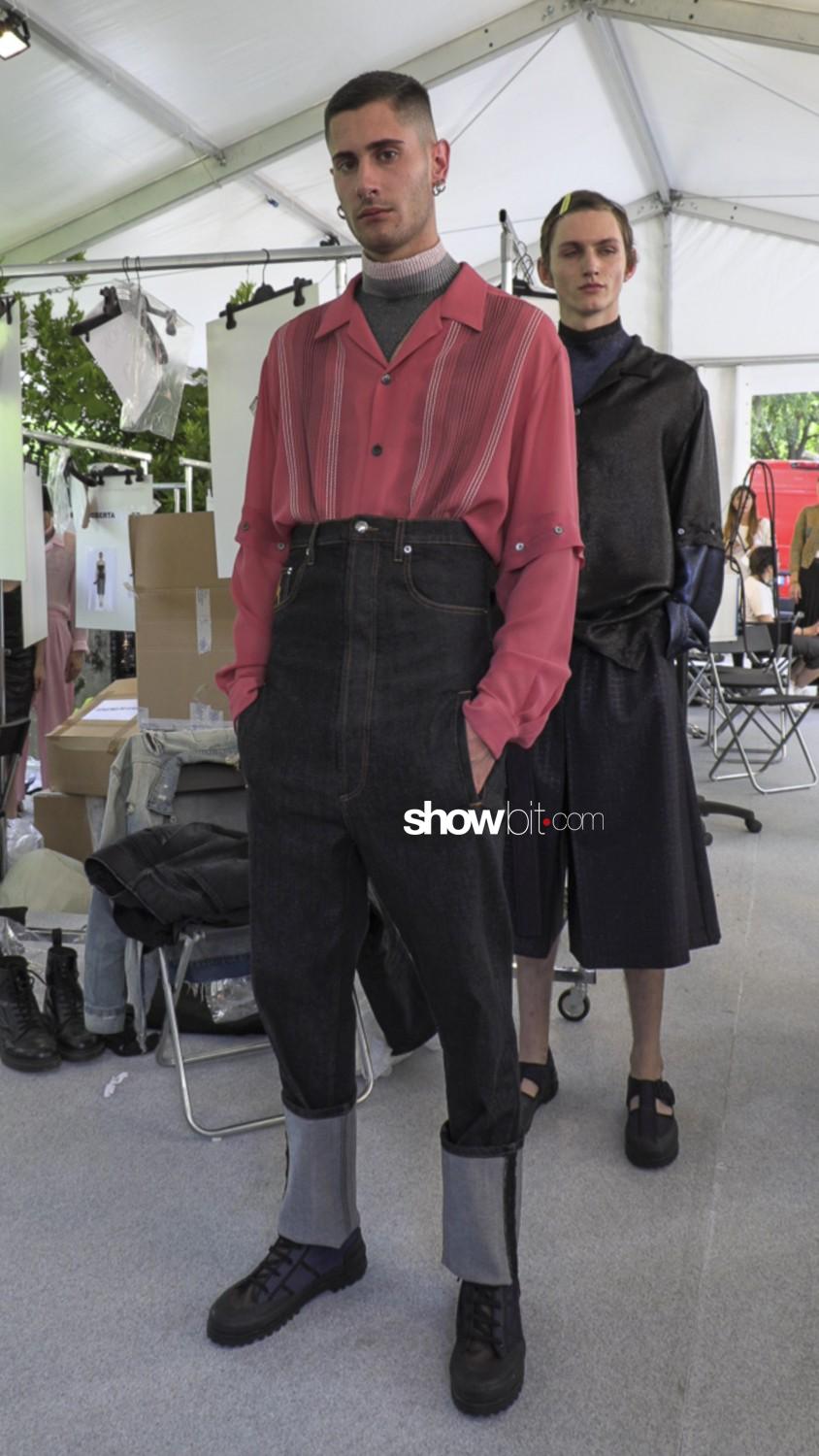 Since his very first creative steps in fashion, Marco de Vincenzo proved to be a tireless experimenter. His nonconformist attitude brought him to use fashion as a medium to freely express one’s personality traits in a bold manner; an attitude that, more likely, moves from one’s appearance to one’s freedom of thinking, that stigmatizes homogenisation.
This time, the 96th edition of Pitti Uomo in Florence was the perfect occasion where to set his unexpected debut in menswear; a new start that still felt the eccentric imprint which distinguished his womenswear collections over the years.

Hosted inside the late 19th century greenhouse Tepidarium del Roster, the whole – at first glance – was apparently following a classical (and very Italian) trend in the clothing silhouettes: fine knitwear, striped and checked tailored suits, some pairs of jeans and shirts. Yet, when seen up close, his creations reveal his incessant research in innovative workings on the fabrics, like three-dimensional textures, optical illusions and light effects.

The main pieces of the collection are made with the plissé technique, handled in different consistencies with the same apparent ease and mastery: sinuously embossed or stiffen in herringbones or diamond patterns, thus, it affects chiffons as well as knitwear pieces, conferring them wide and dynamic shapes. Deep pleats cover the baggy volumes in an endless sequence; pleats also generate see-through effects on tailored suits, featuring a combination of transparency and opacity. Curious cutting details instantly catch the attention: exaggerated high waists and cuffs on the jeans, even including a double pair of pockets. Shirts buttons are placed at the elbow, allowing a play of deconstruction of the sleeve; perforated vinyl is used to conceive instead a coat of an unsuspected lightness.