Paris: Dior, in step with 1968… just like the present day 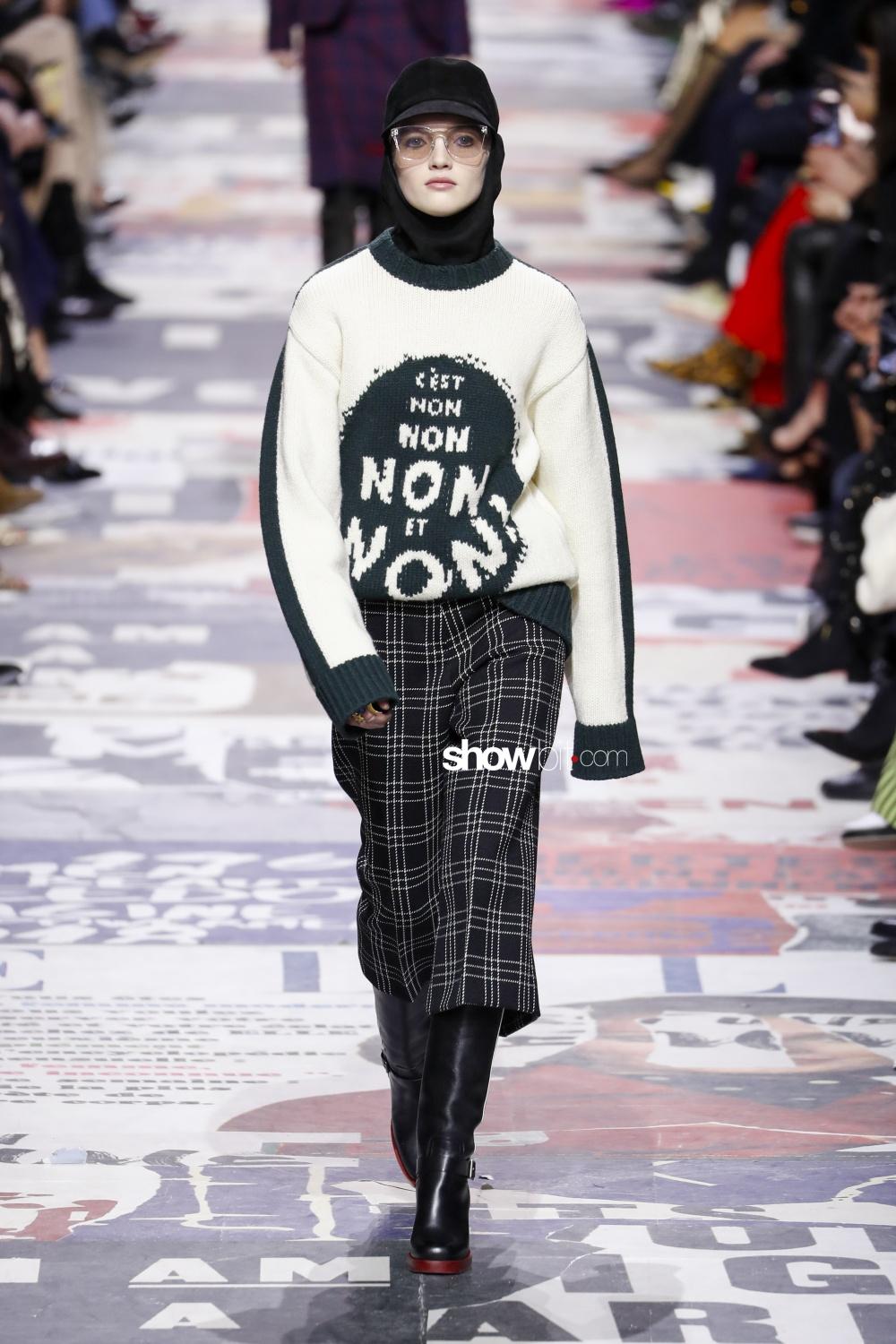 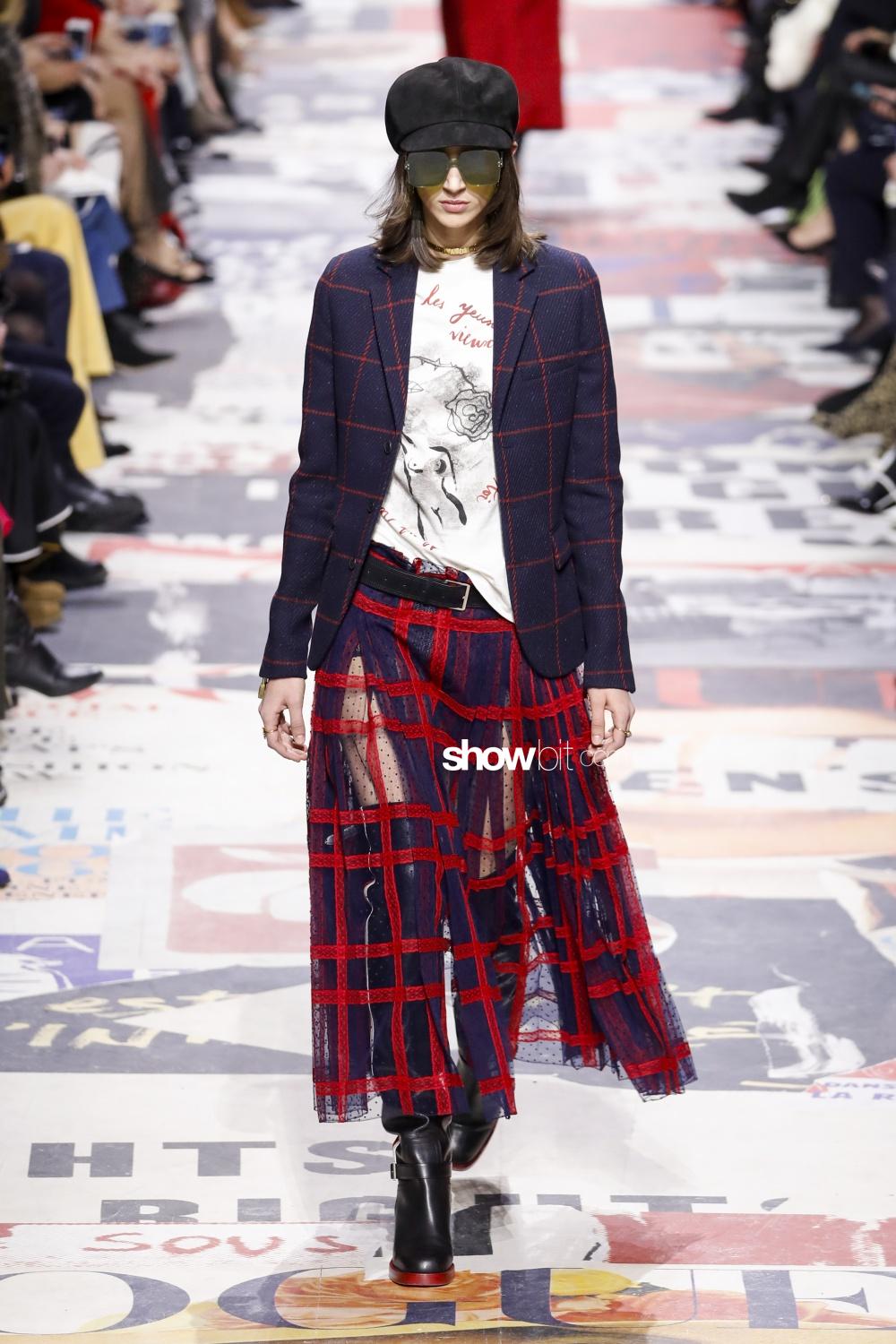 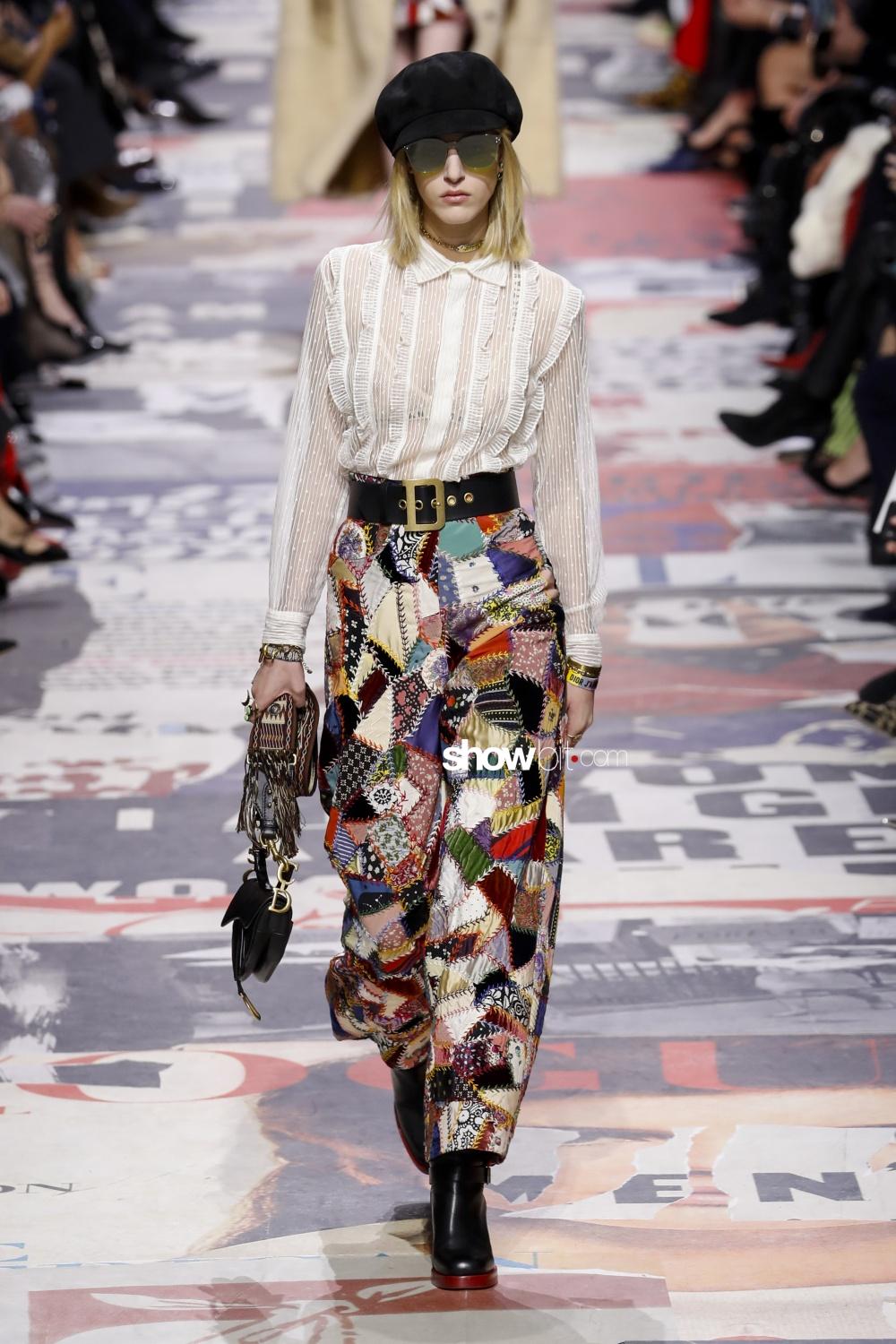 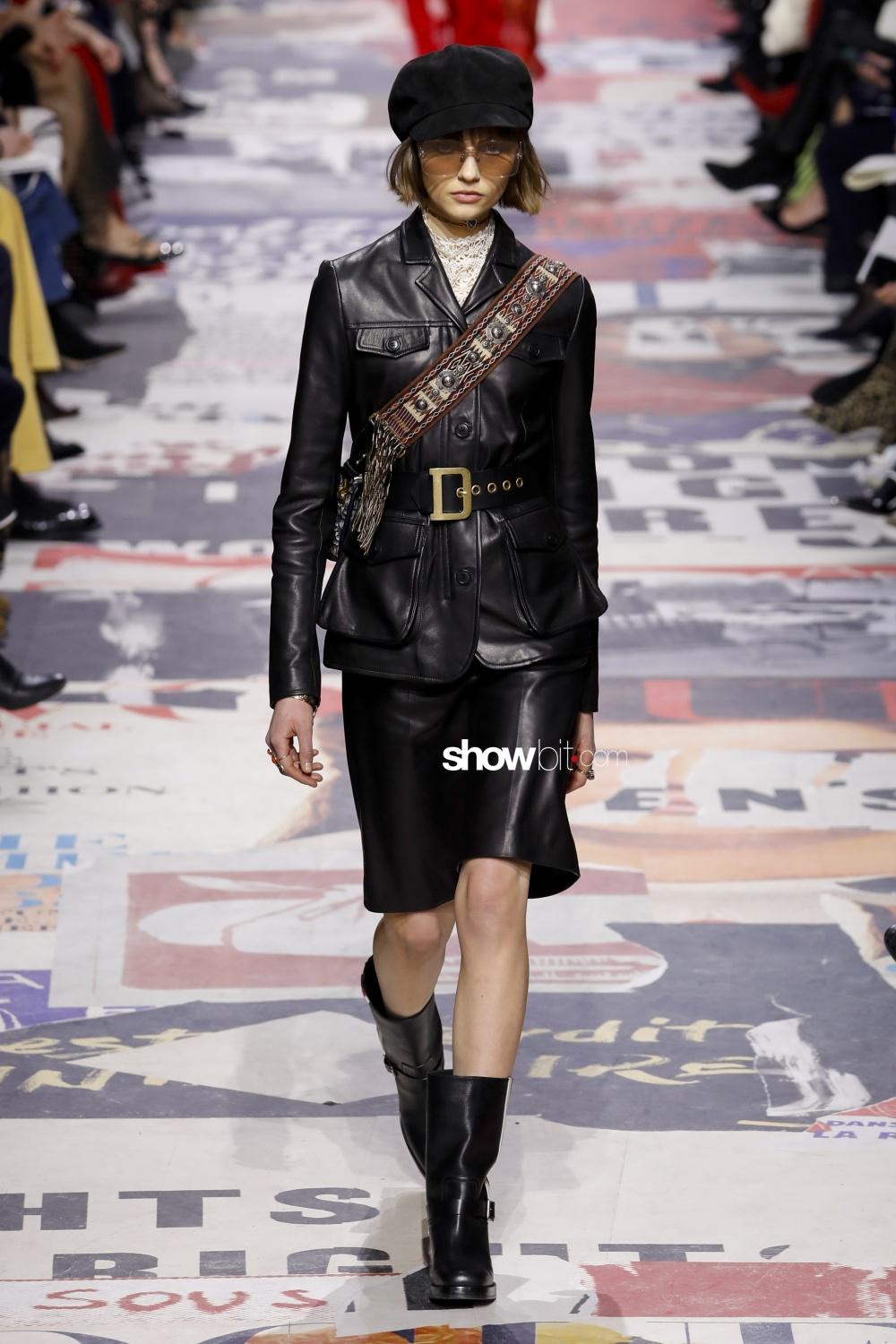 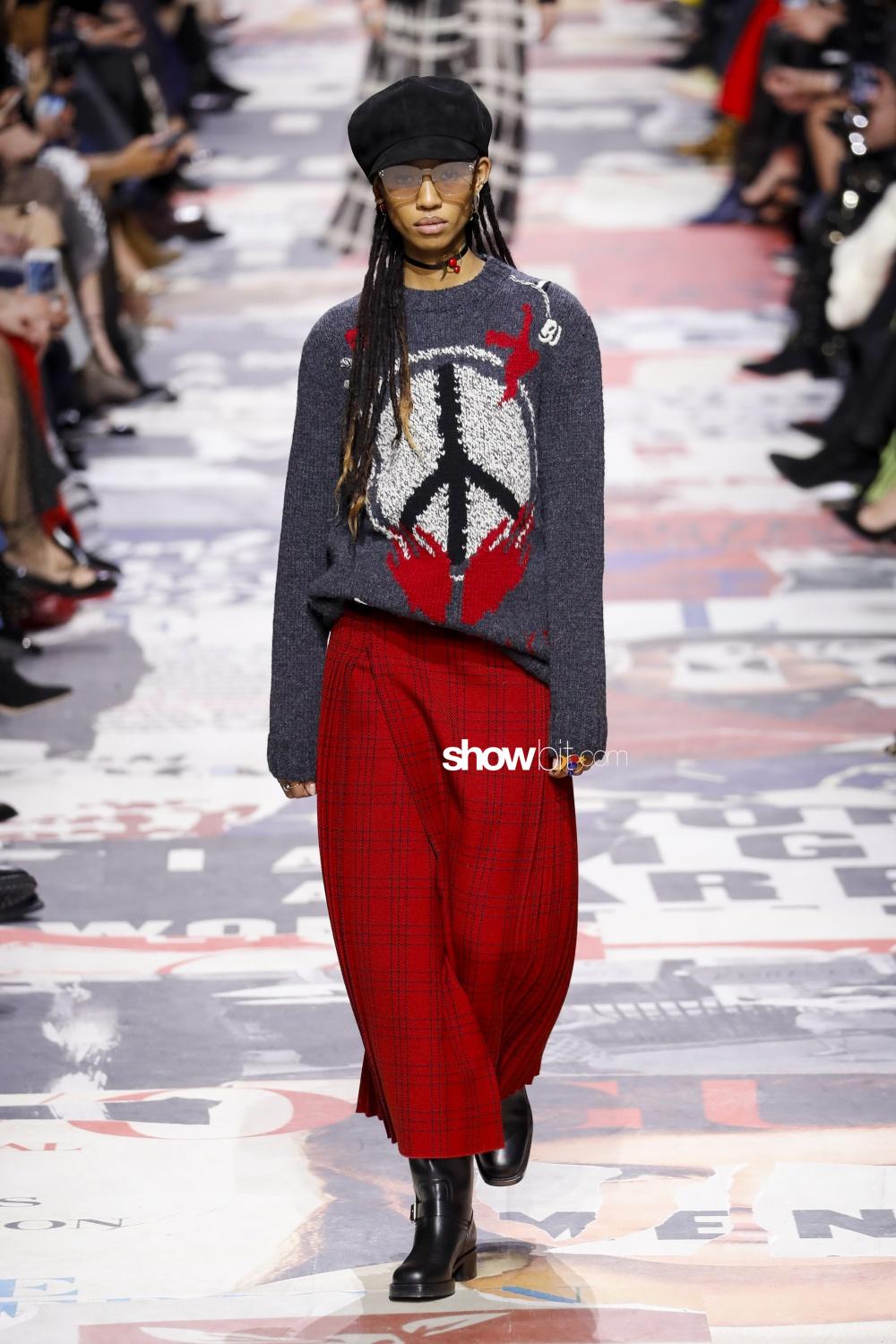 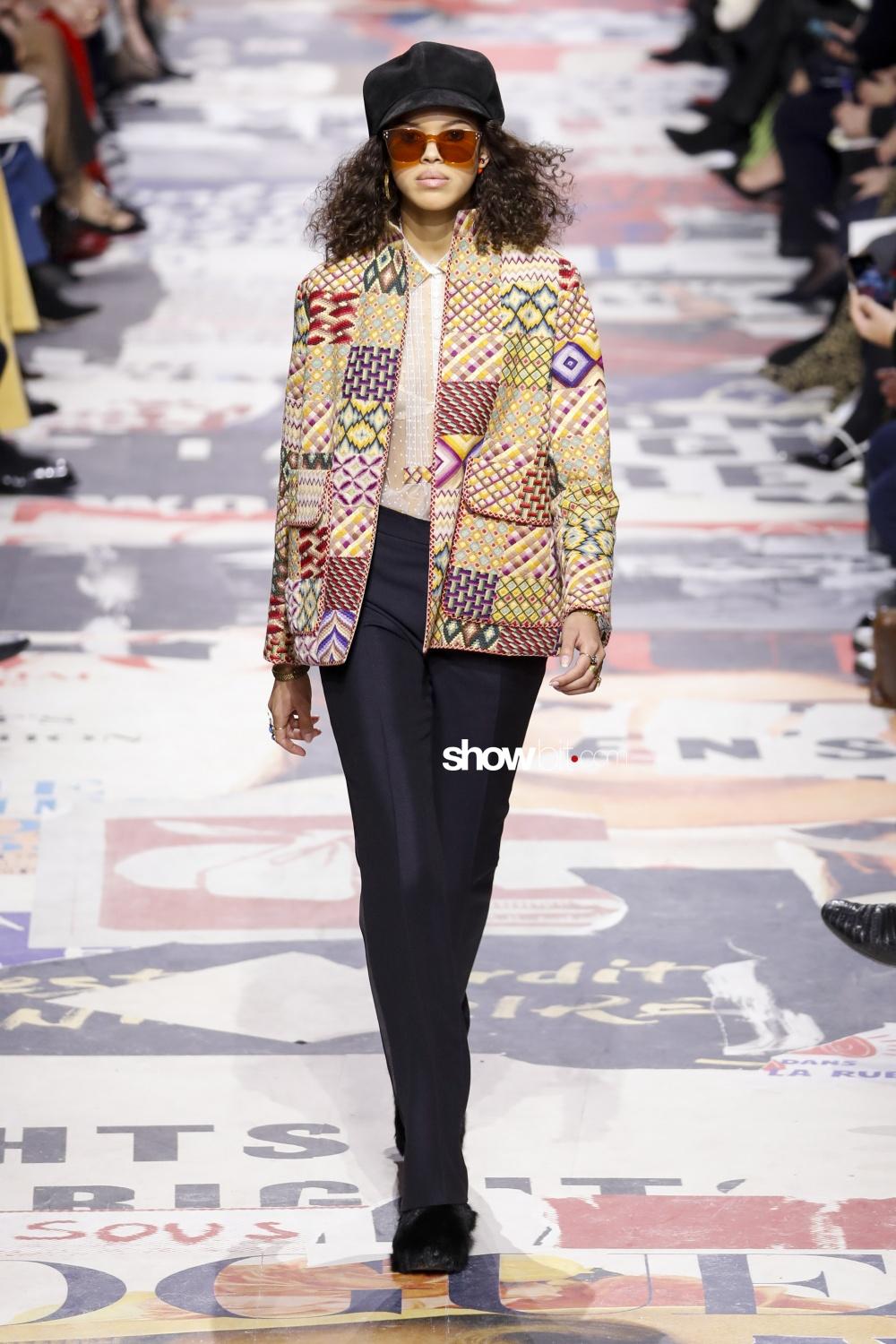 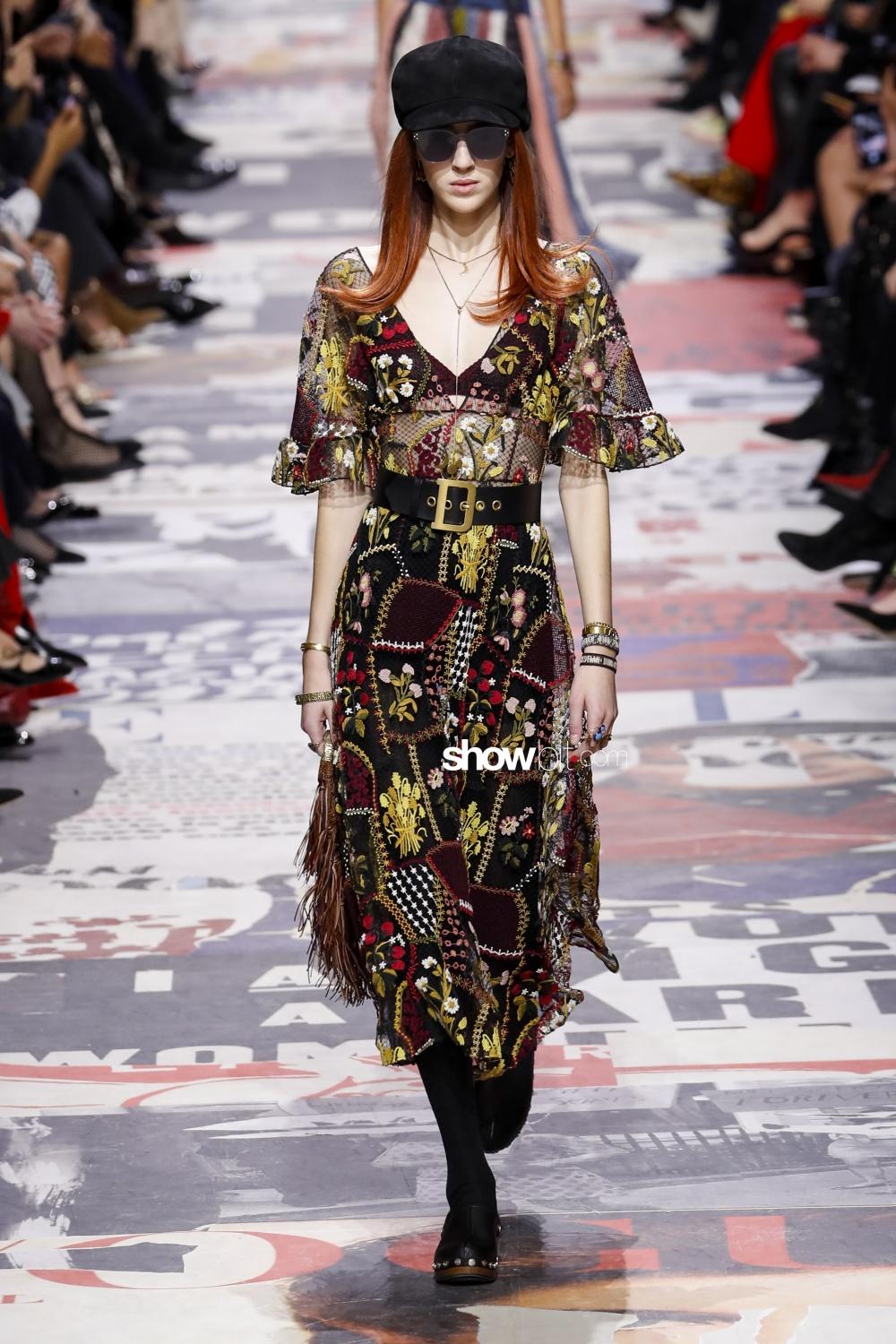 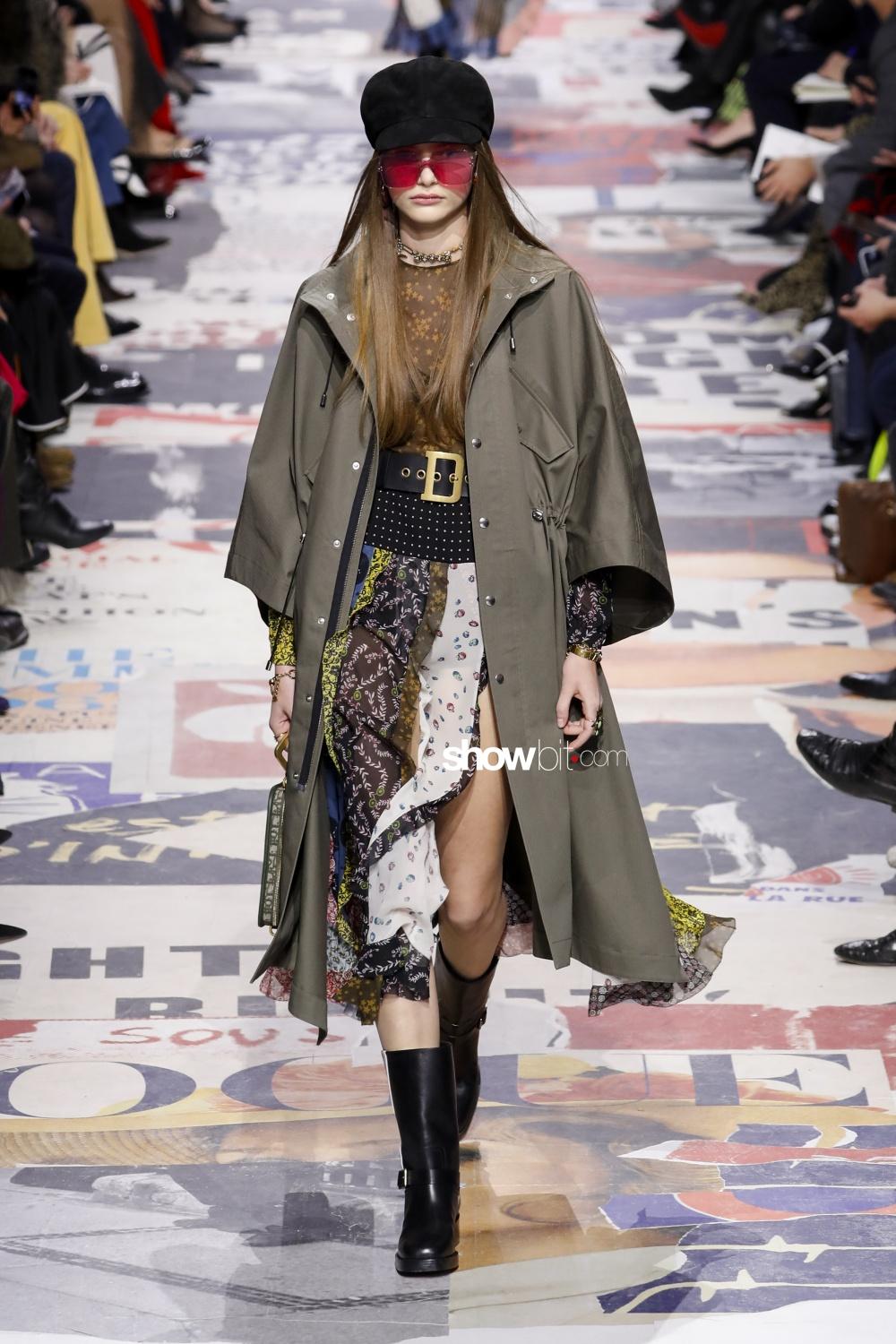 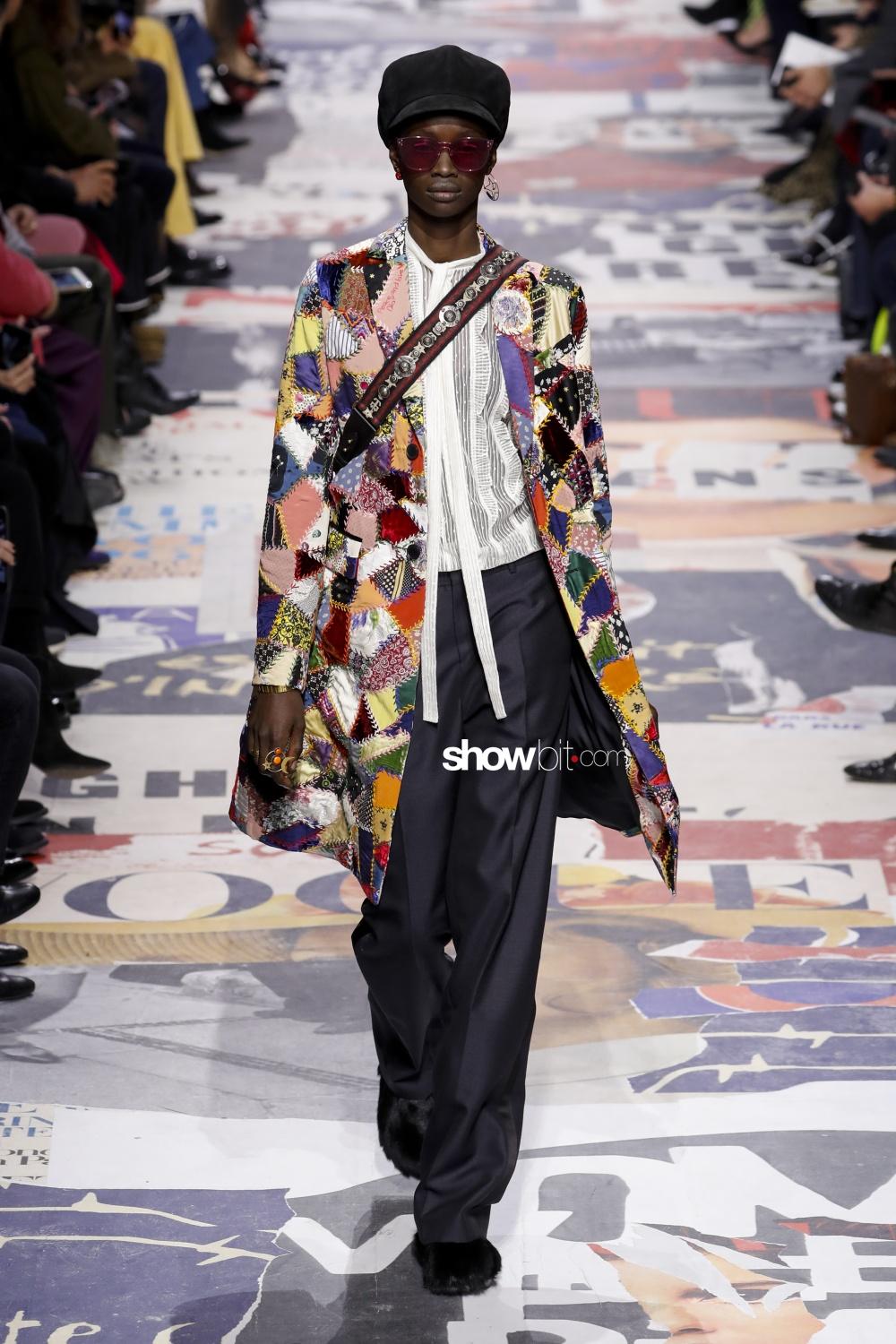 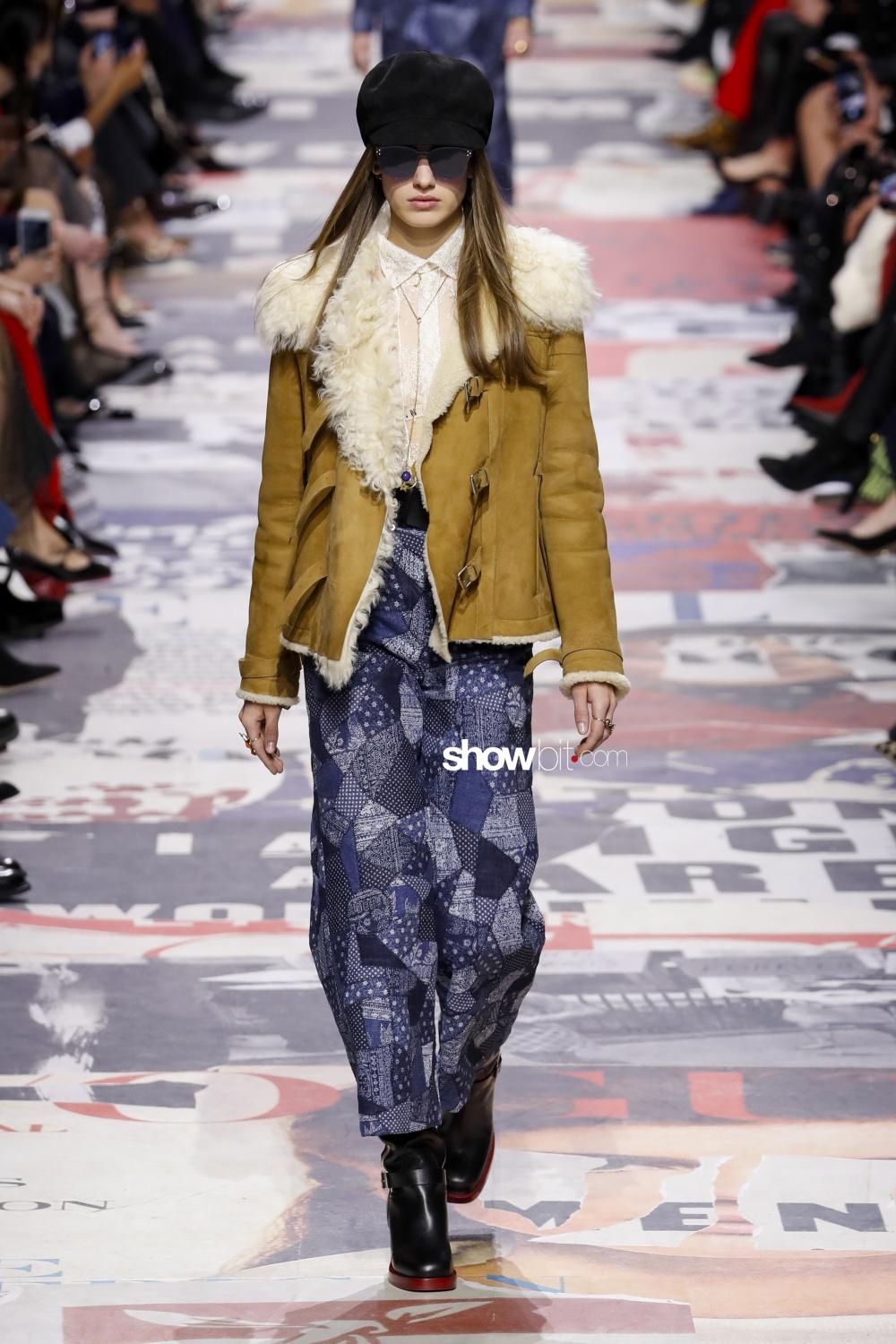 A tumultuous year and also a worldwide influential moment for youth culture: 1968 is the “youthquake” Diana Vreeland was talking about three years earlier; the breaking point of the current situation of that time, involving music, pop culture and, of course, the fashion industry. Despite the negative events (i.e. assassinations), 1968 marked an explosion of creativity that Maria Grazia Chiuri wants to celebrate with her new Dior ready-to-wear collection designed for Fall/Winter 2018.

She puts the political posters of the French far left from 1968 to 1974 on center stage, in occasion of the 50th anniversary of the Paris student uprisings. The catwalk set is fulfilled with the covers of fashion magazines from 1968, mixed up in a collage.

The action of assemblage permeates the collection as well, in the colourful floral patchworks that are a flower-power echo, as it goes hand in hand with crocheted, embroidered bohémien-styled dresses. Inevitable are the countercultures references, and their leather uniforms of protest that resound, even though Chiuri skillfully avoids repetitive clichés, letting the elegant Stephen Jones’ hats recall the ’60s era.

The collection was opened by a sweater “C’est non non non et non!” that slightly echoed the #MeToo manifesto.

In the same manner as fashion perfectly understood the 1960’s zeitgeist, (no coincidence in 1967, Marc Bohan was launching Miss Dior, the first prêt-à-porter line, making fashion accessible to a widespread public), Dior’s feminist power is strongly perceptible, dovetailing with the Trump regency: Chiuri is determined in making Dior women a feminine army, gathered in a fight for common targets.