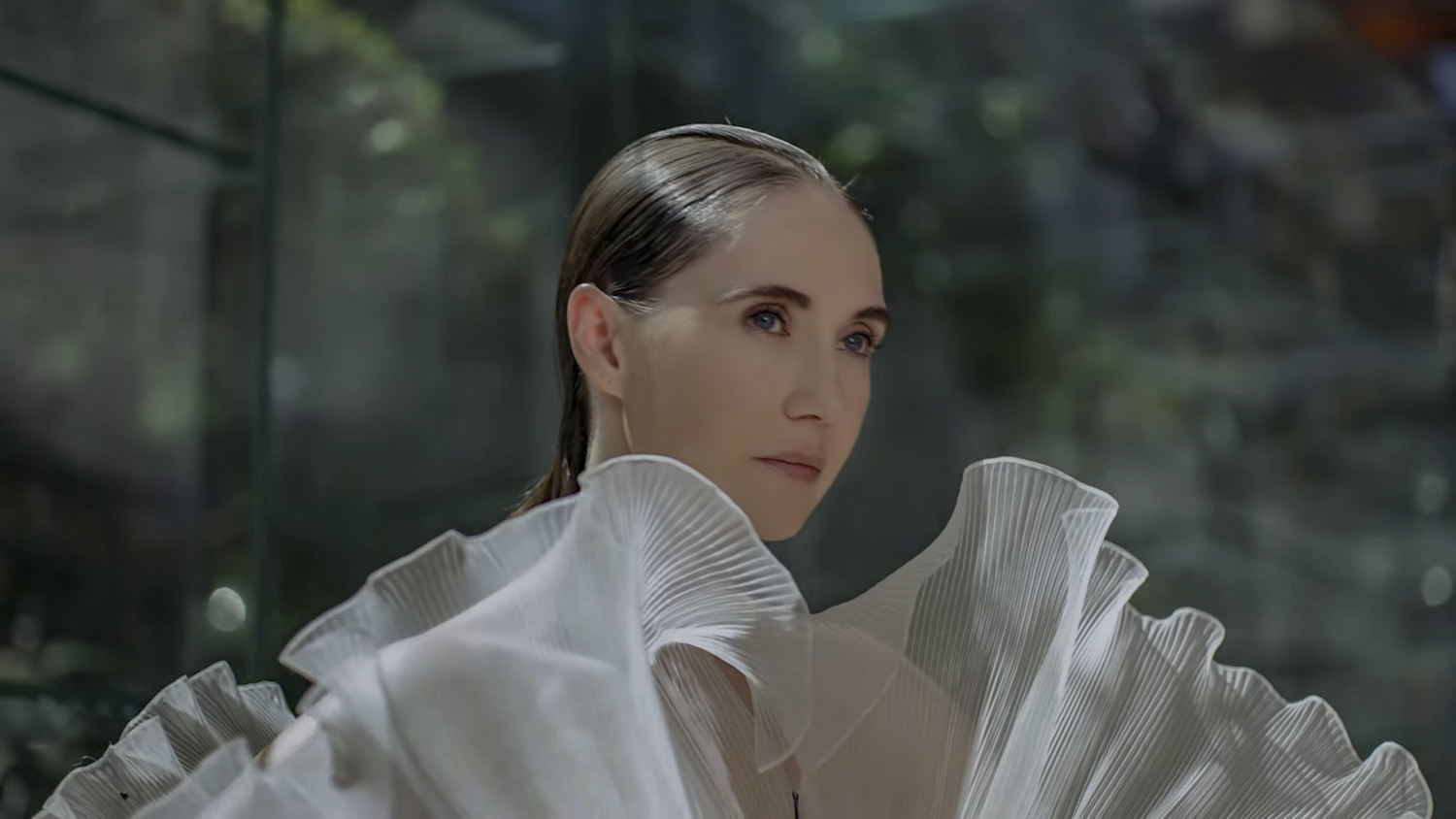 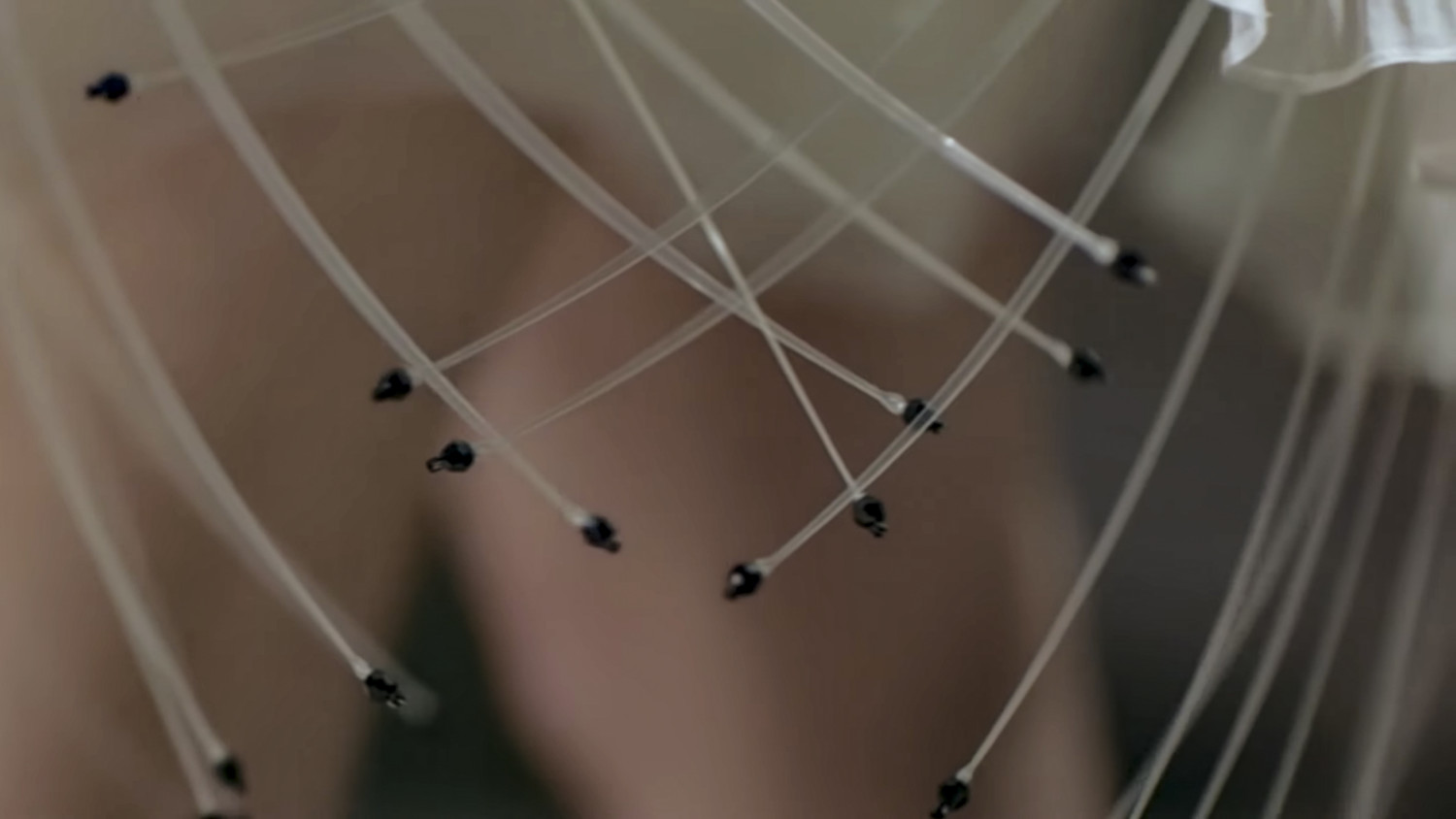 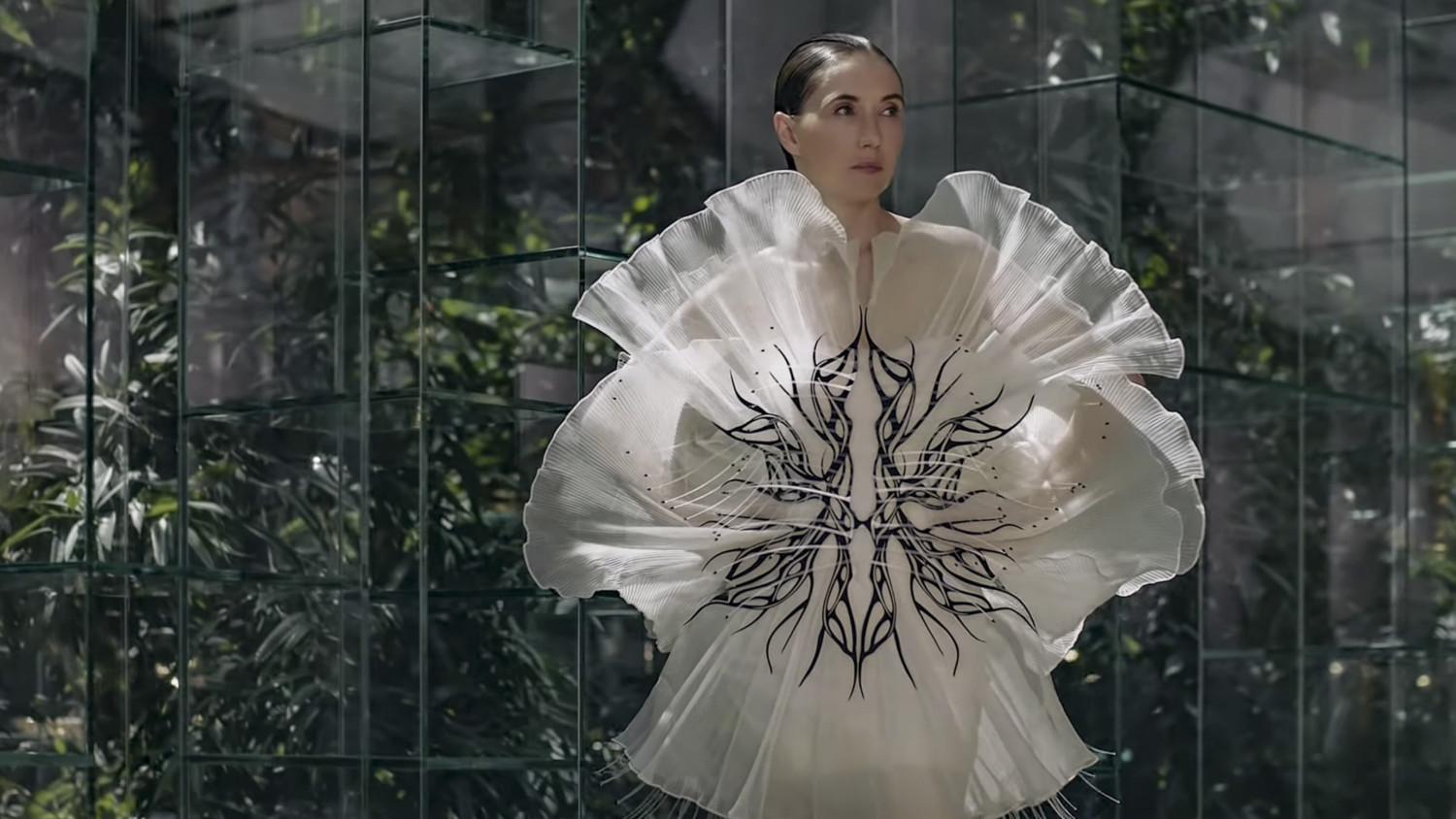 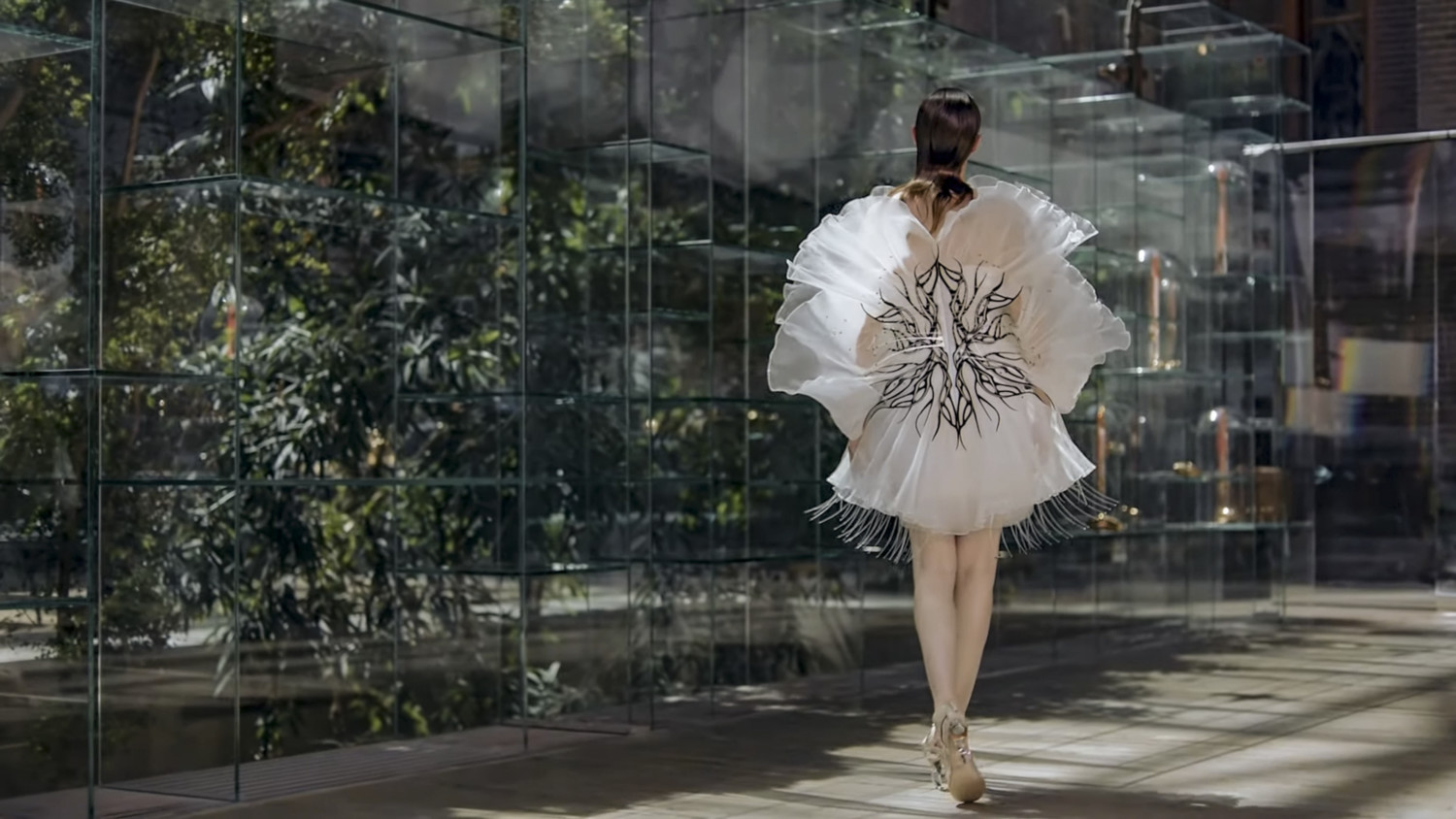 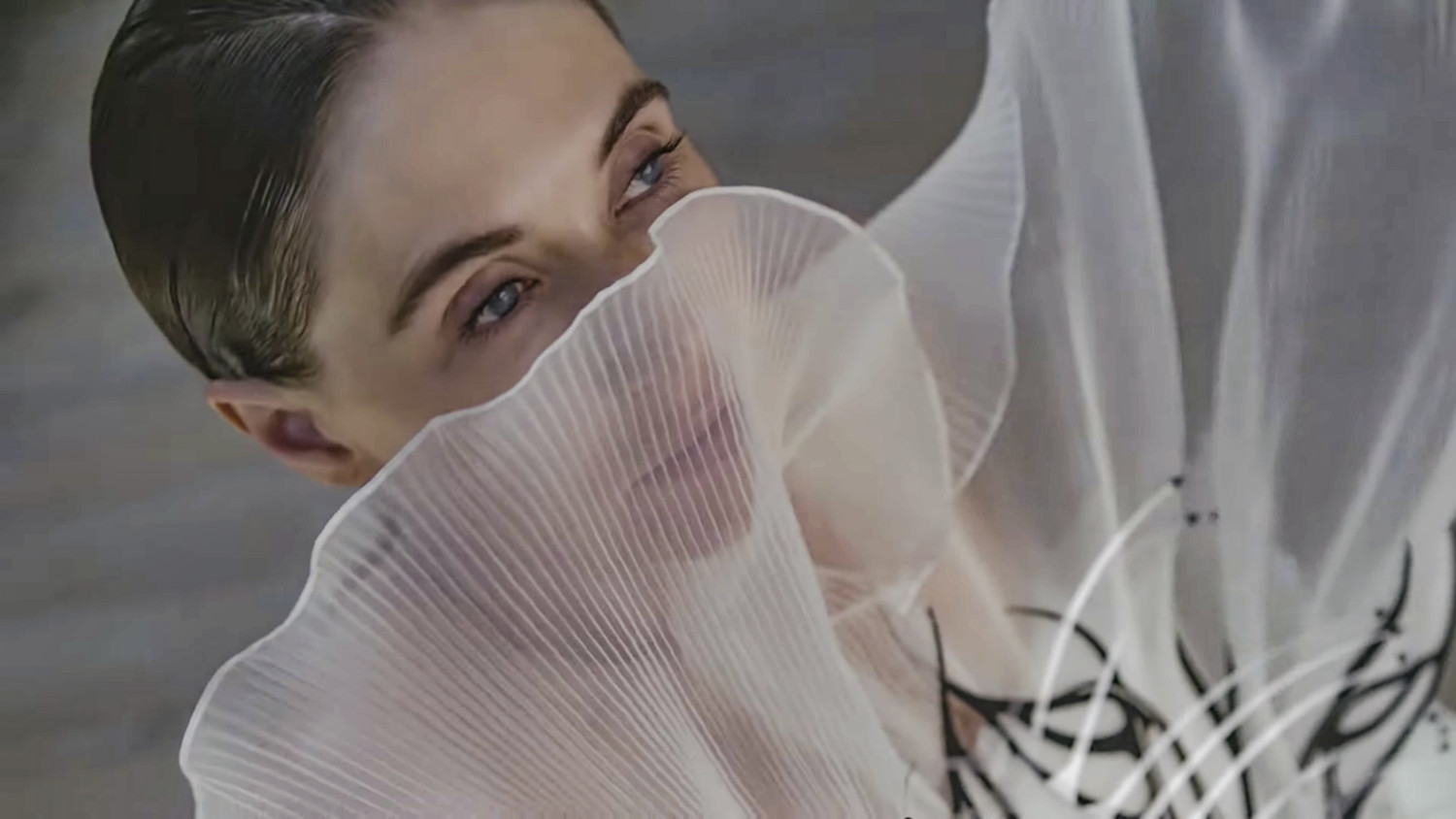 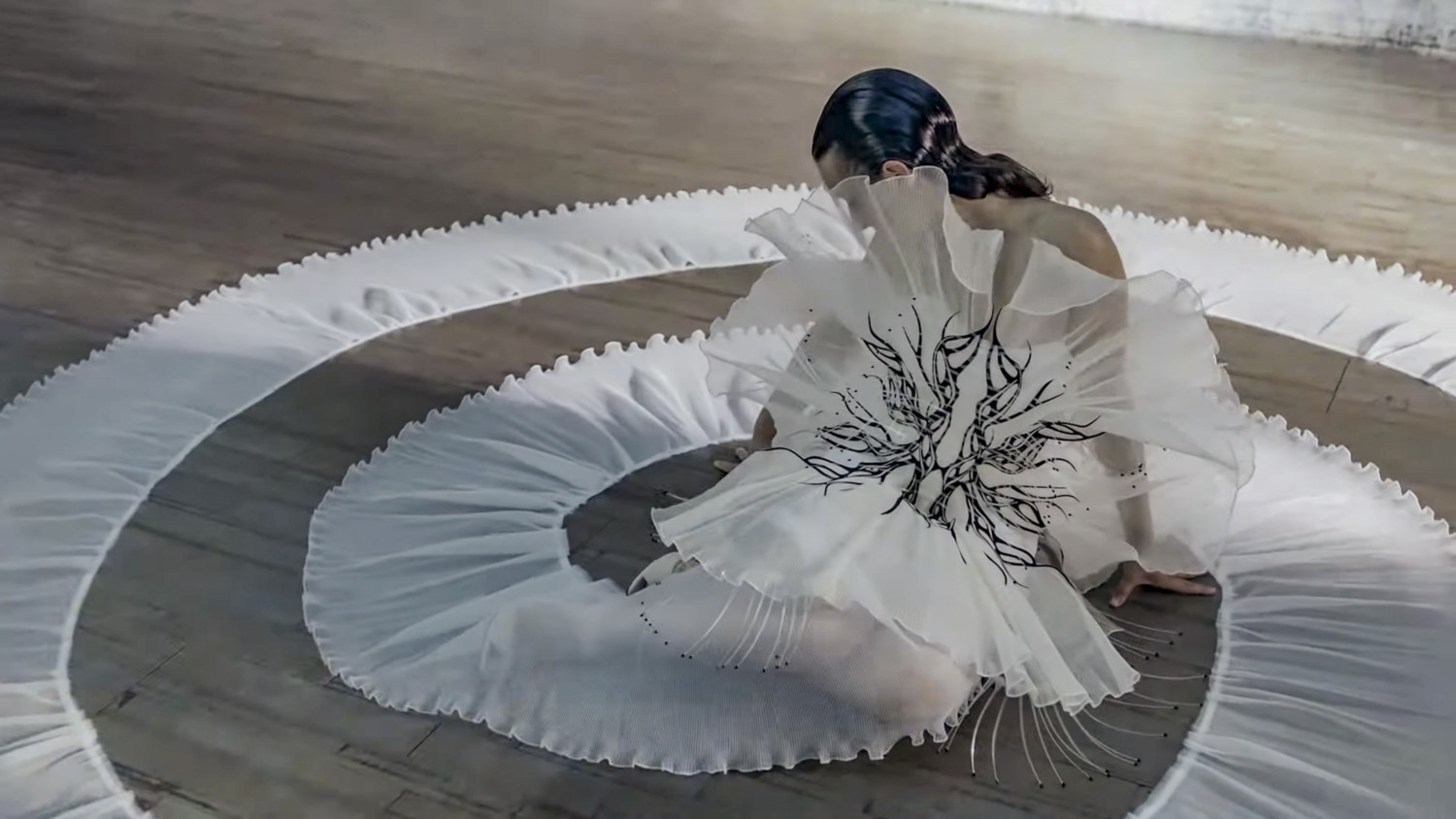 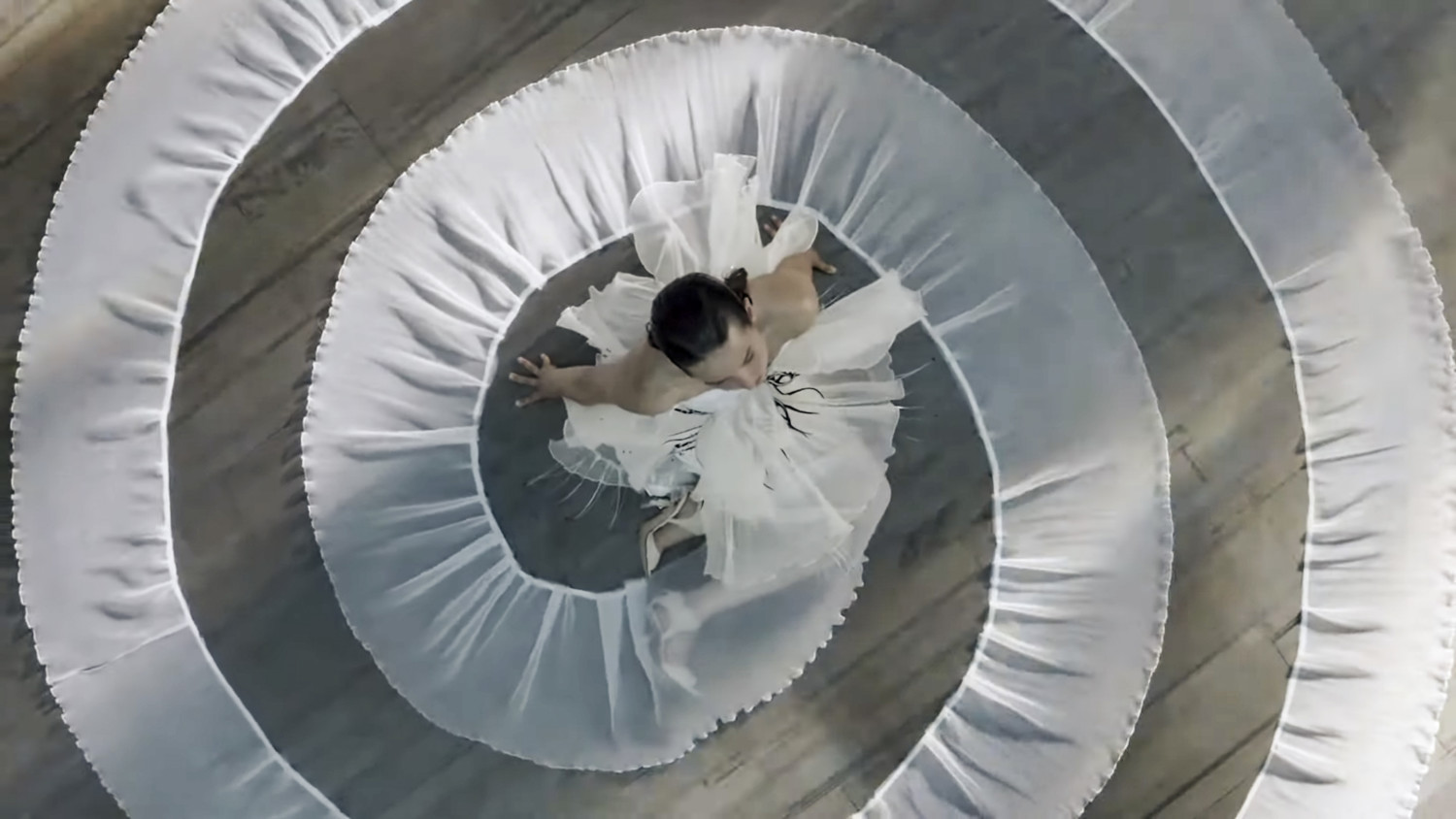 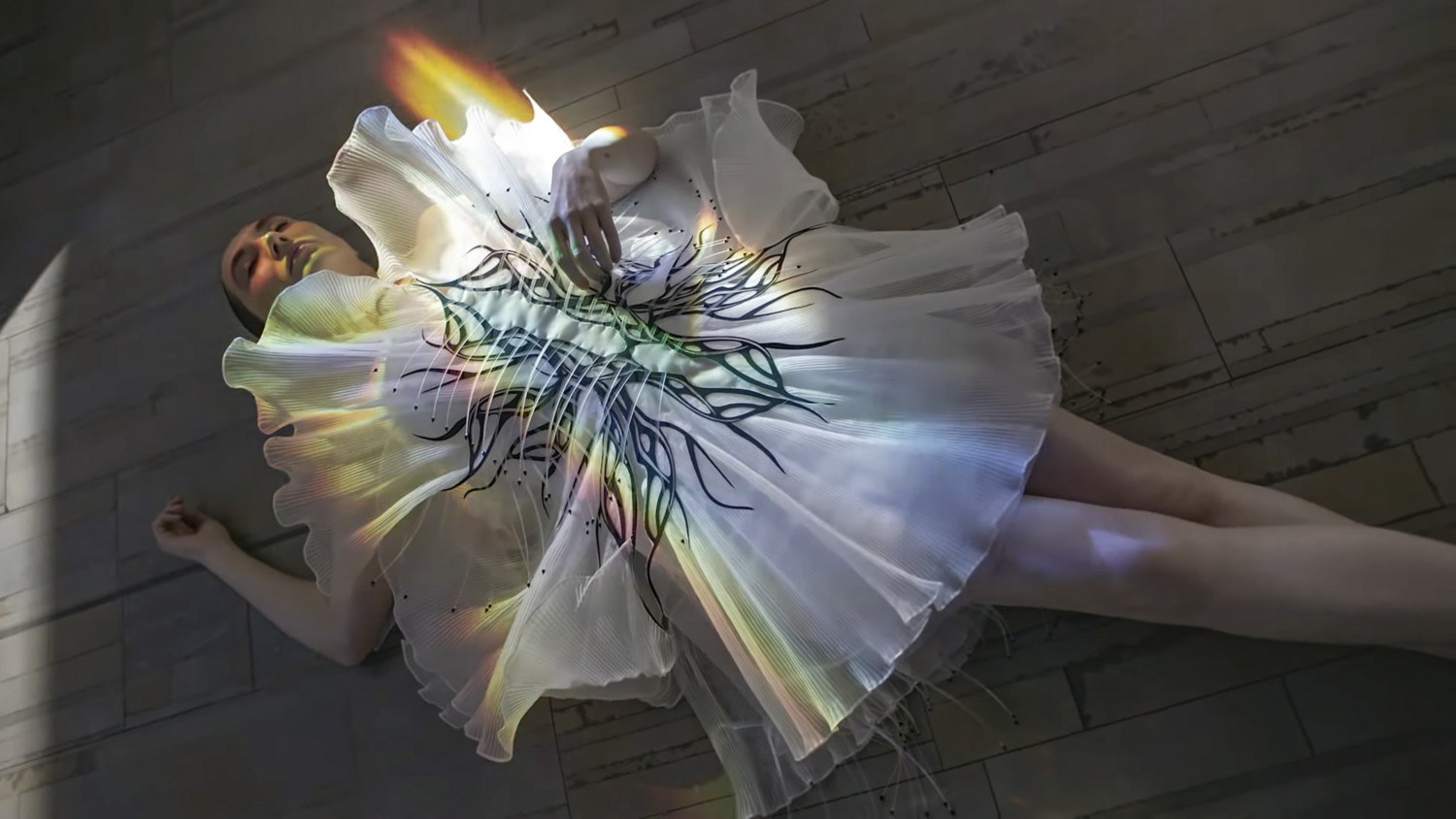 Transmotion: id est, the process through which an entity changes from one state and form, to another. This is the idea from which Iris Van Herpen drew inspiration to create one single dress, in which she concentrated all her brand’s pillars to tell a story, as a personal celebration of Paris Haute Couture Week online.
Worn by Van Herpen’s muse Carice van Houten and immortalized by Ryan McDaniels, the Transmotion dress embodies the Dutch designer’s -complex yet enthralling- reflections upon the nature of perception, through an aesthetic that follows in the footsteps of her signature mastery in the handling of fabrics.
Metamorphosis processes are a recurring topic chez Van Herpen. The Maison roots its symbolism in Iris’s fascination for the natural world and her ability to represent it like no other through the infinite potentiality of Haute Couture; she loves the beauty, the engineering of it, be it linked to water, air, light, sound or even electromagnetic waves. In her futuristic and highly technological Couture collections, humankind and nature are therefore blended through exquisite compositions which result into hybrid, almost mythological creatures.
An ethereal bloom of plissé petals of white silk organza sprout freely from a black bodice, made of laser-cut duchess satin branches, creating a symmetric dress with no specific up or down, front or back. Like an enveloping support, but also a constraining structure, the tree-like branching conceptually reflects human’s intention to tame nature and keep its savage character under control.
The branching also “reveals the synonymity of mycorrhizal networks (the Wood Wide Web) and the symbiotic nature within human communities“, as Van Herpen revealed in the press release.
The Transmotion dress is about creation, growth and regeneration; concepts which are represented through sprays of tiny black crystals that look like seeds, embodying new life and the potentiality that comes with it.
The use of clashing colours (black/white) and tactile consistencies in the dress conveys the idea of the coexistence of opposite ideologies. In the presence of these different, opposite forces, the nature of perception comes into play as a symbol of regeneration and harmony finally encountered throughout the capacity to shift between negatives and positives.
Find further contents on FHCM platform:
Check out all the photos from Paris Couture Week on our database:
SEE THE FULL SHOW