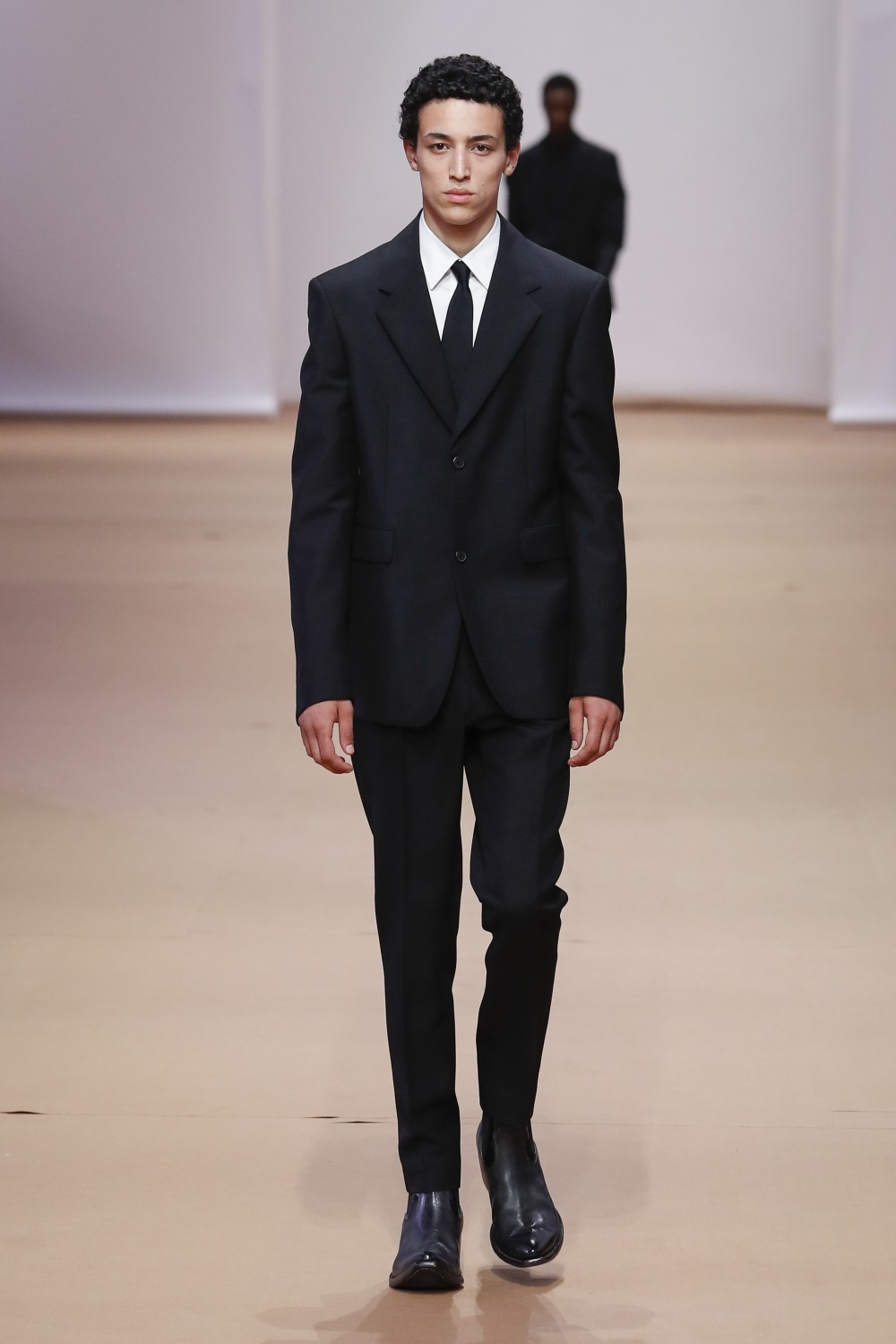 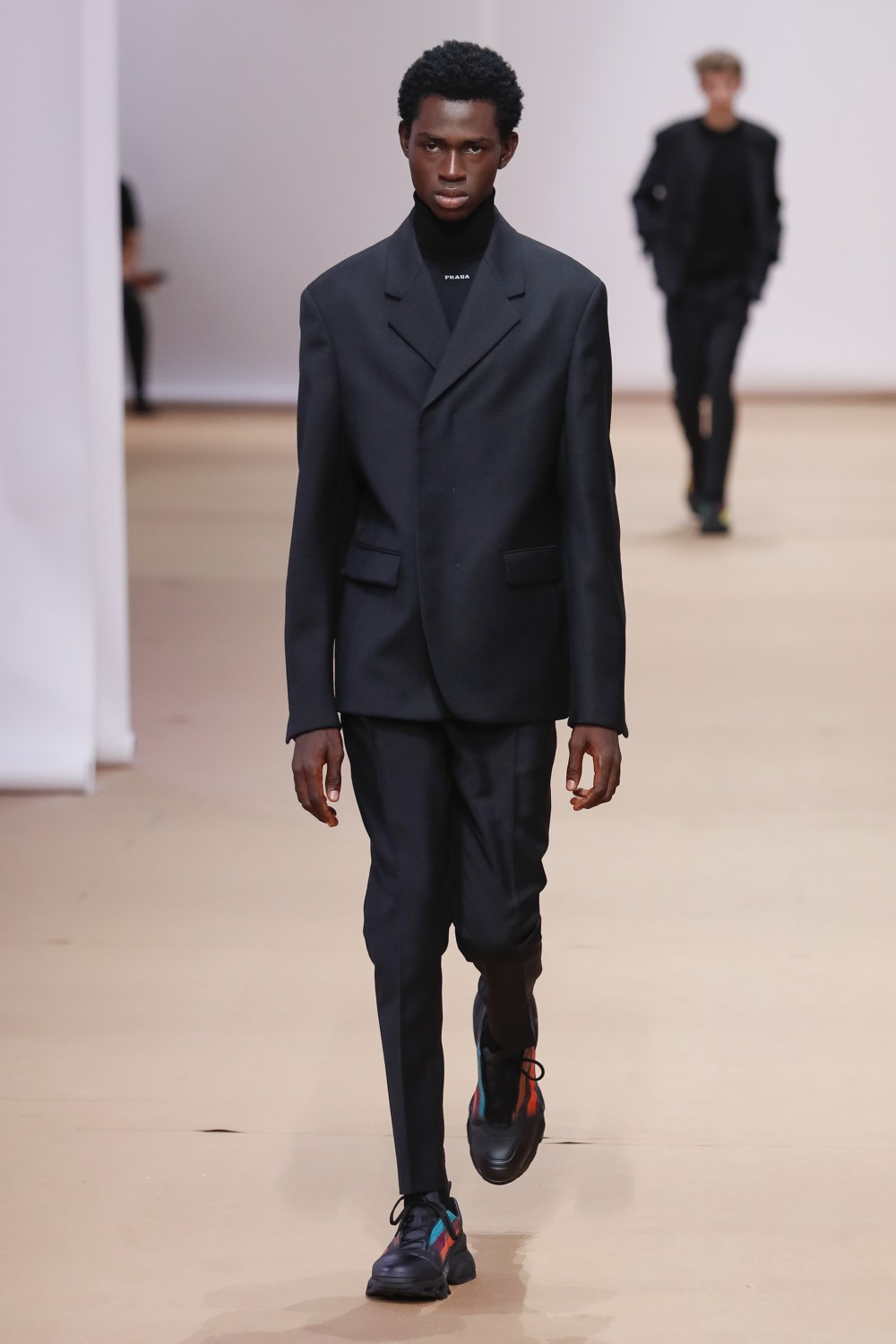 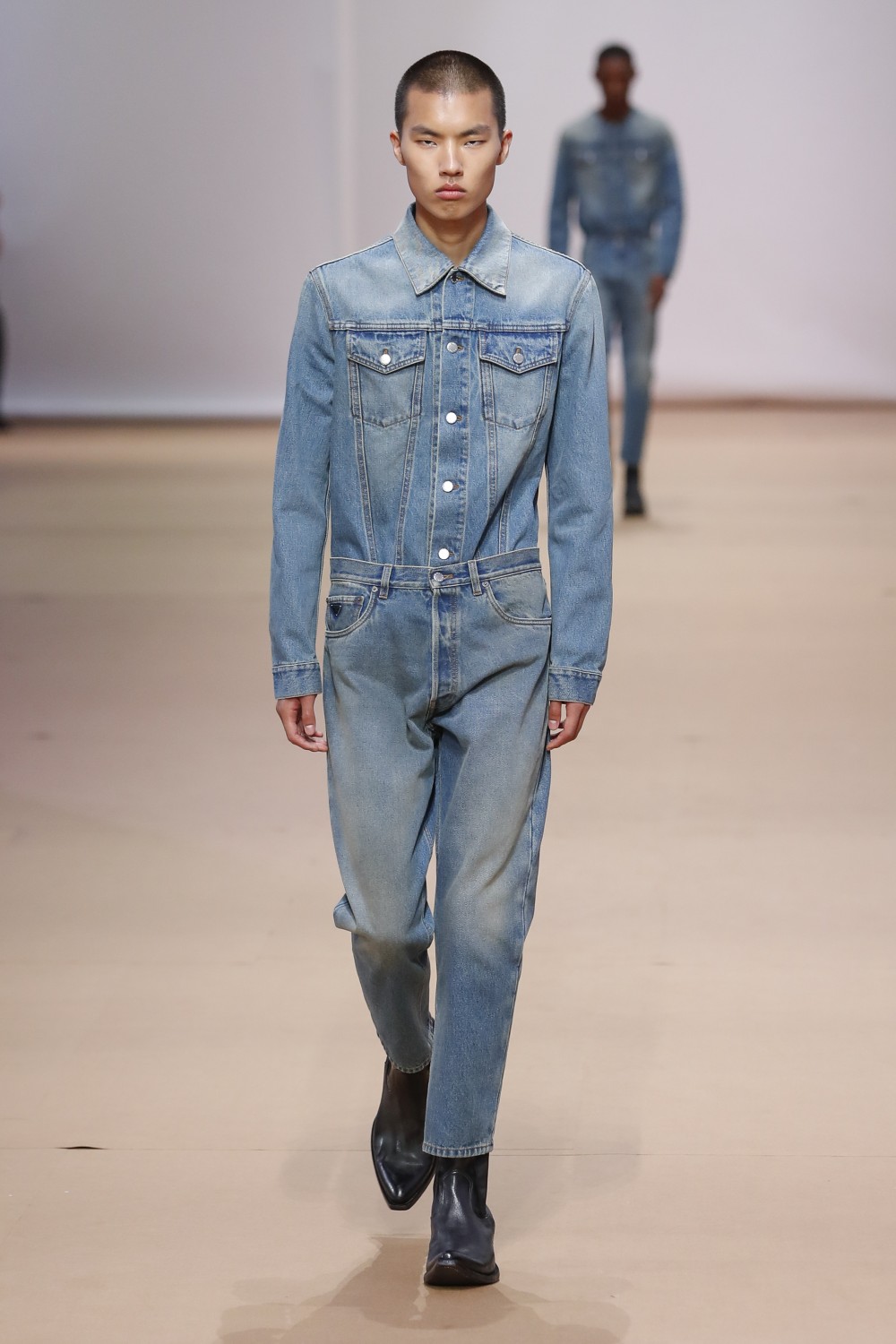 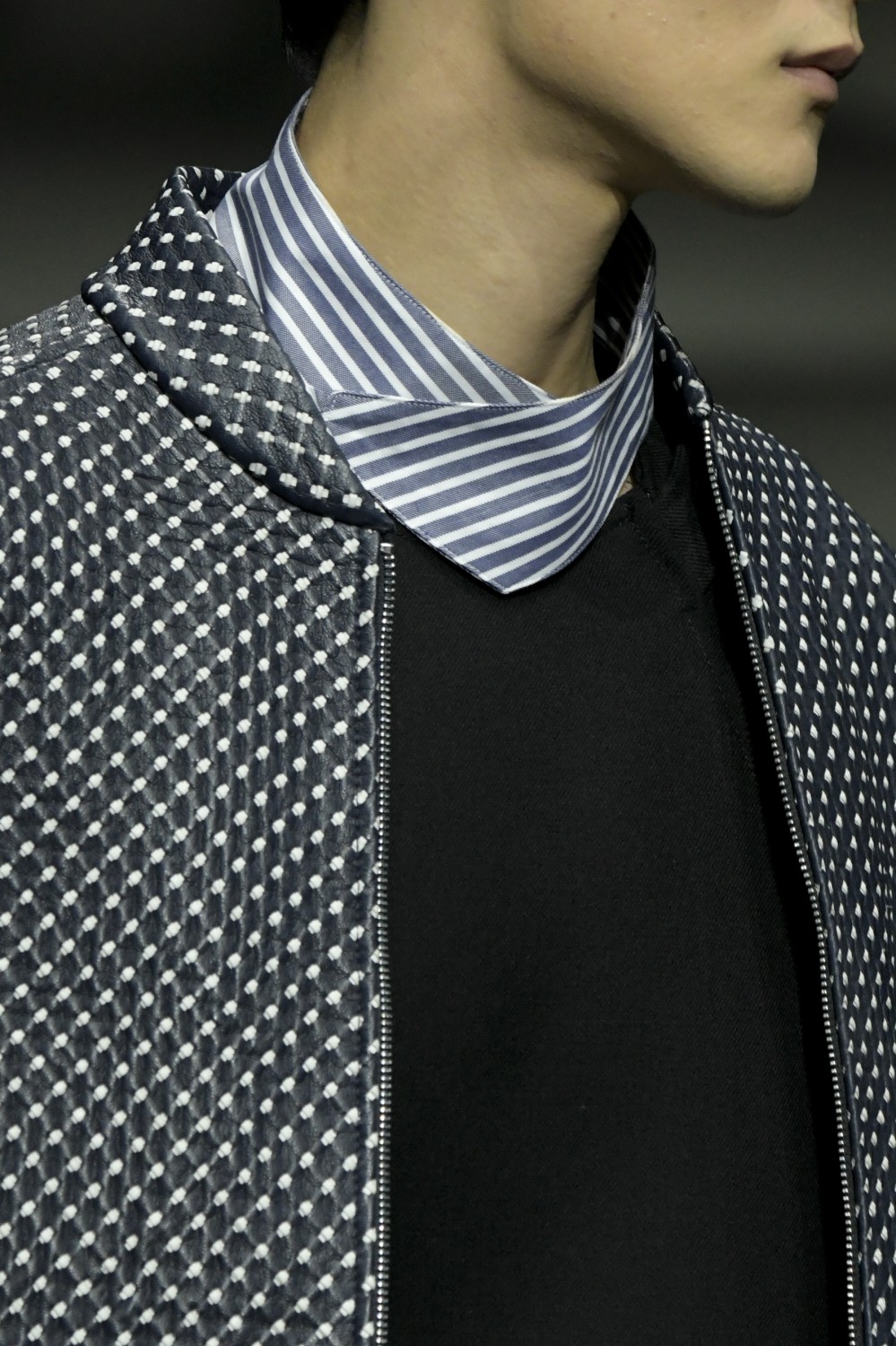 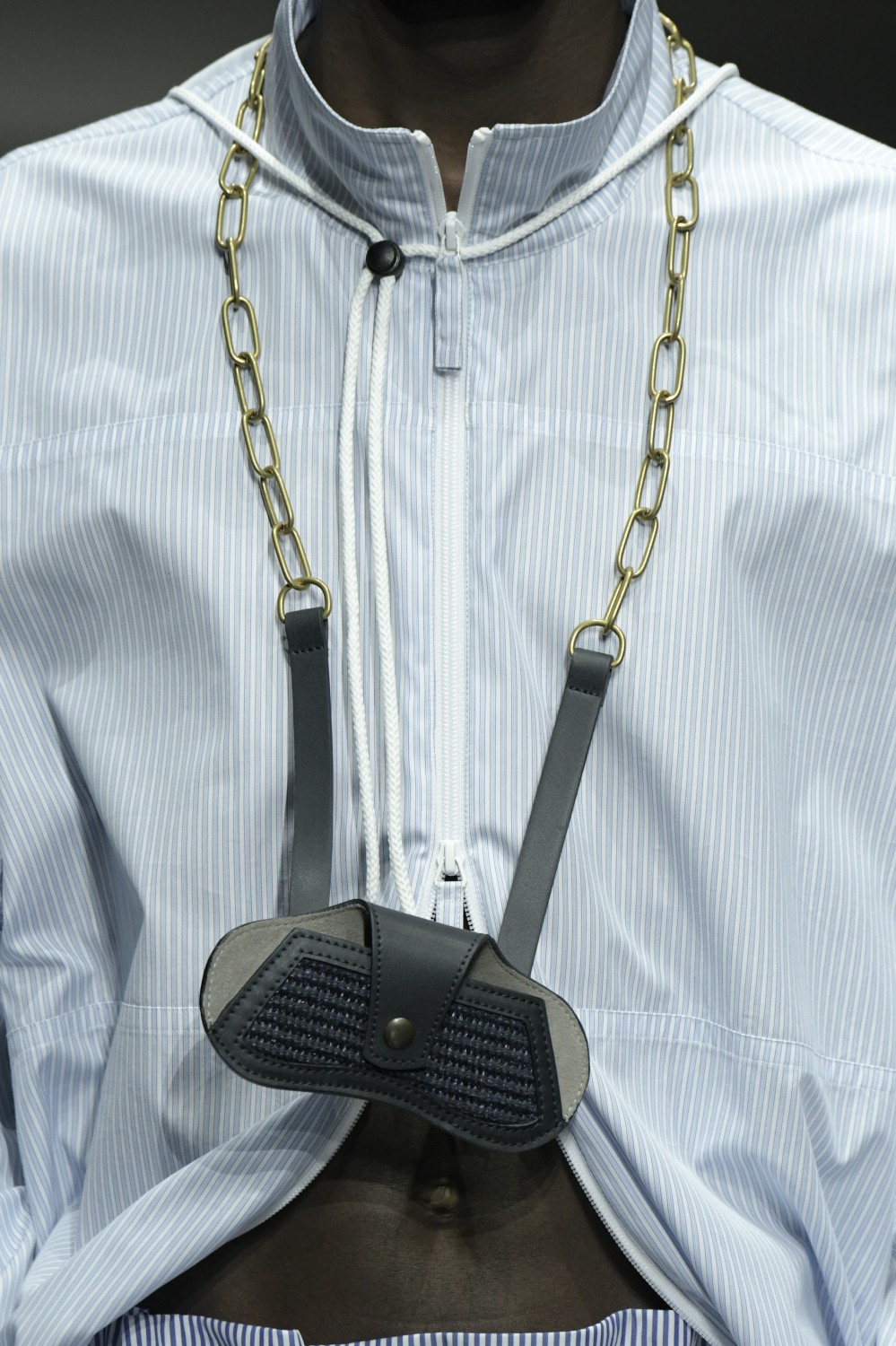 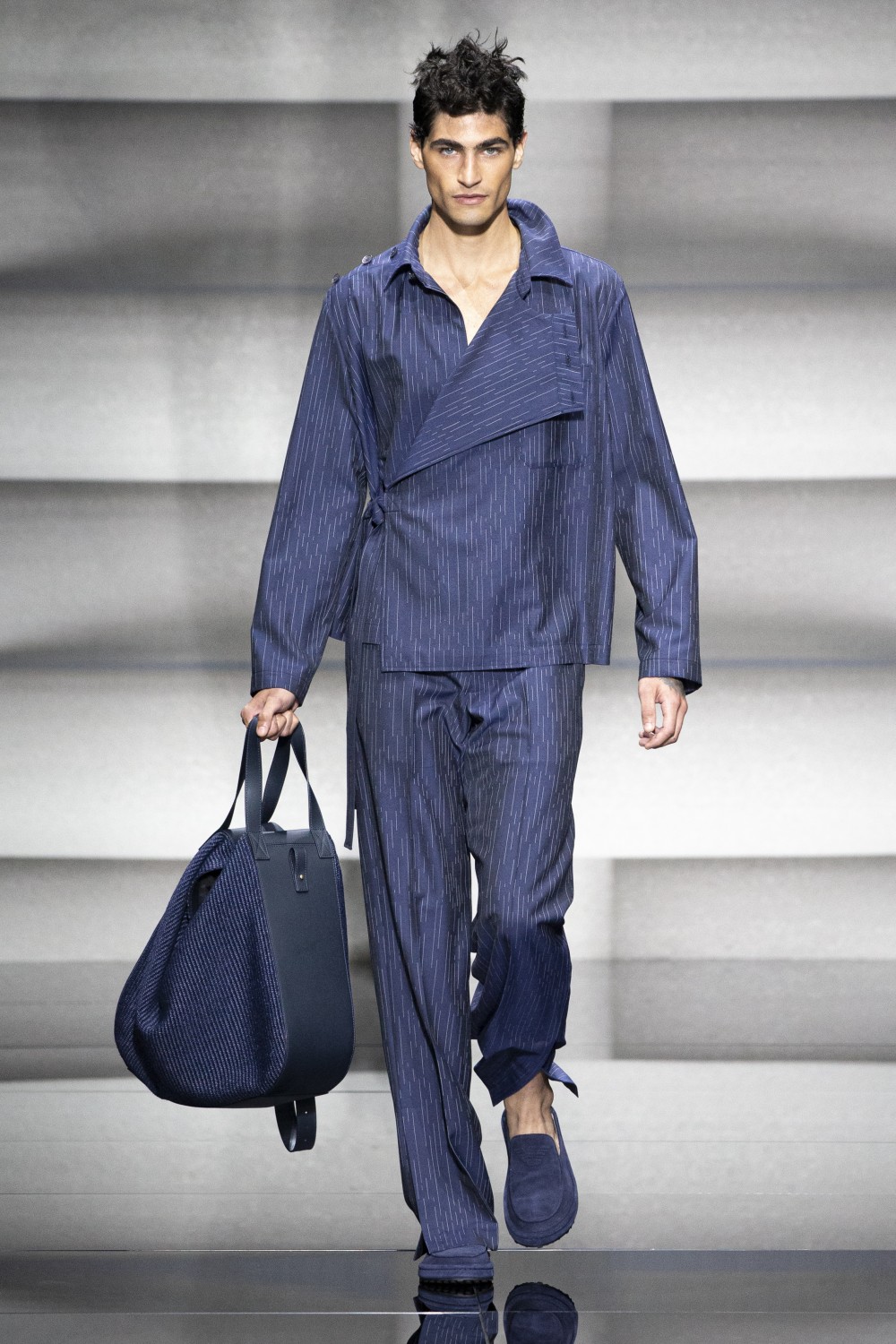 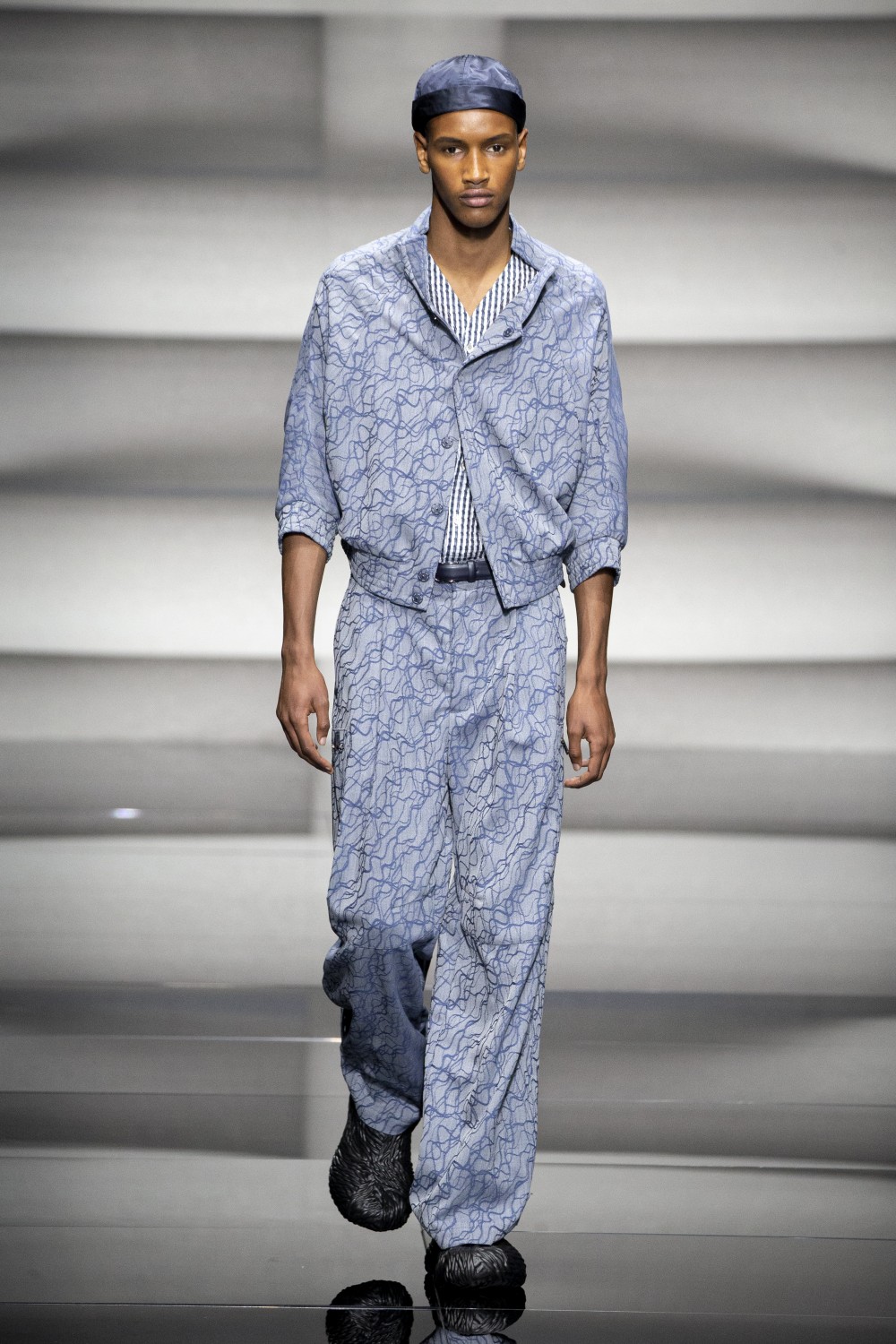 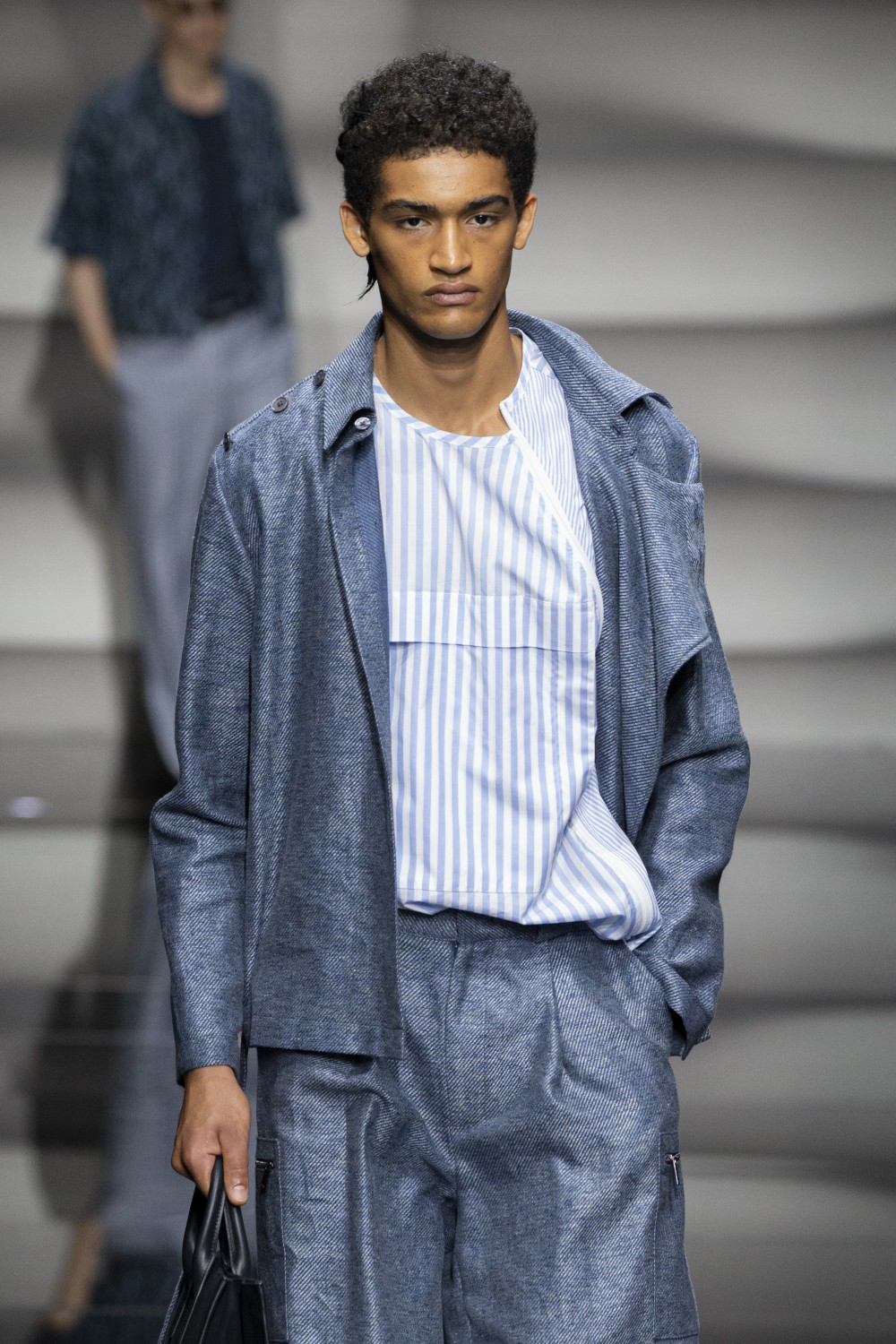 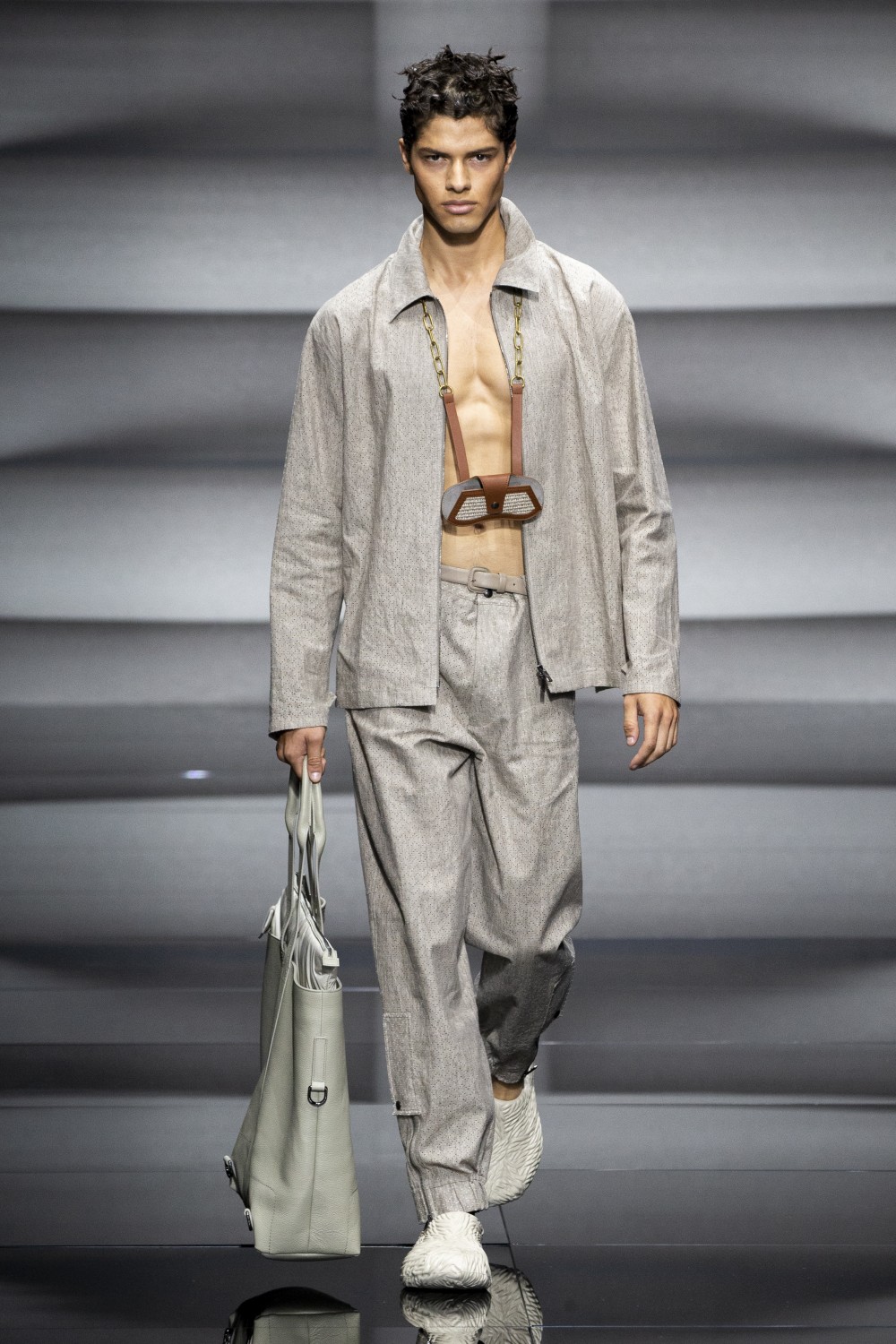 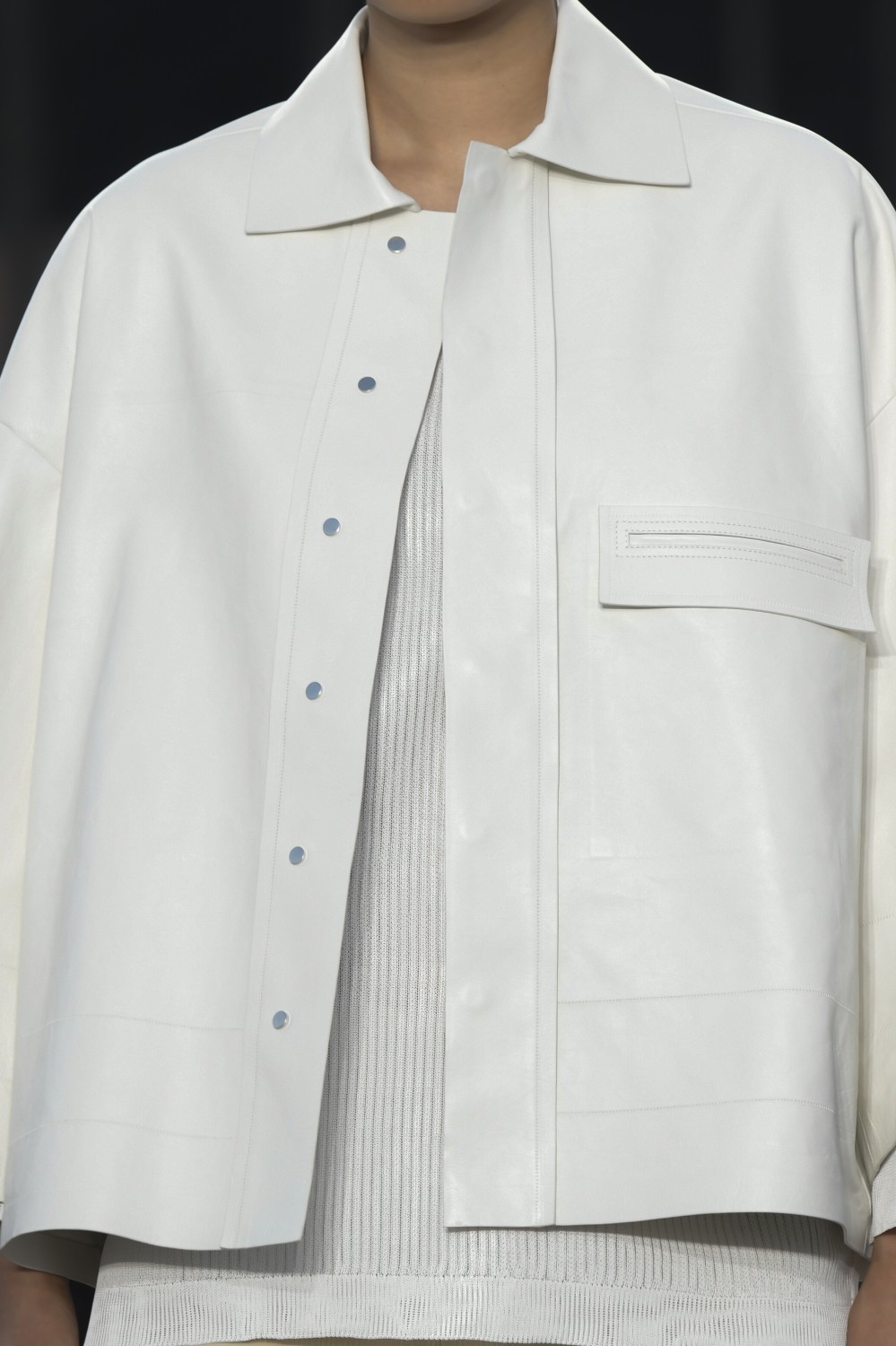 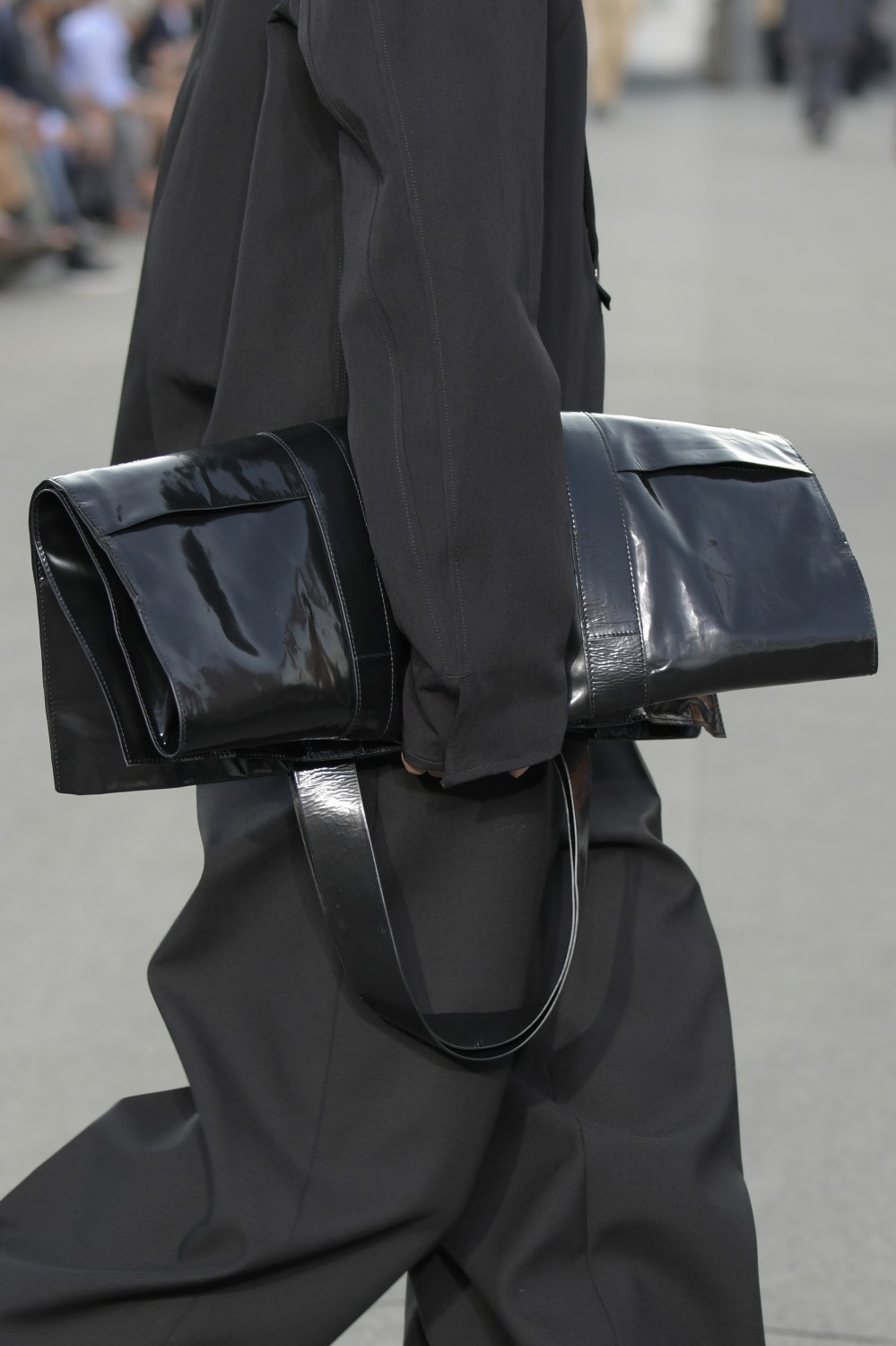 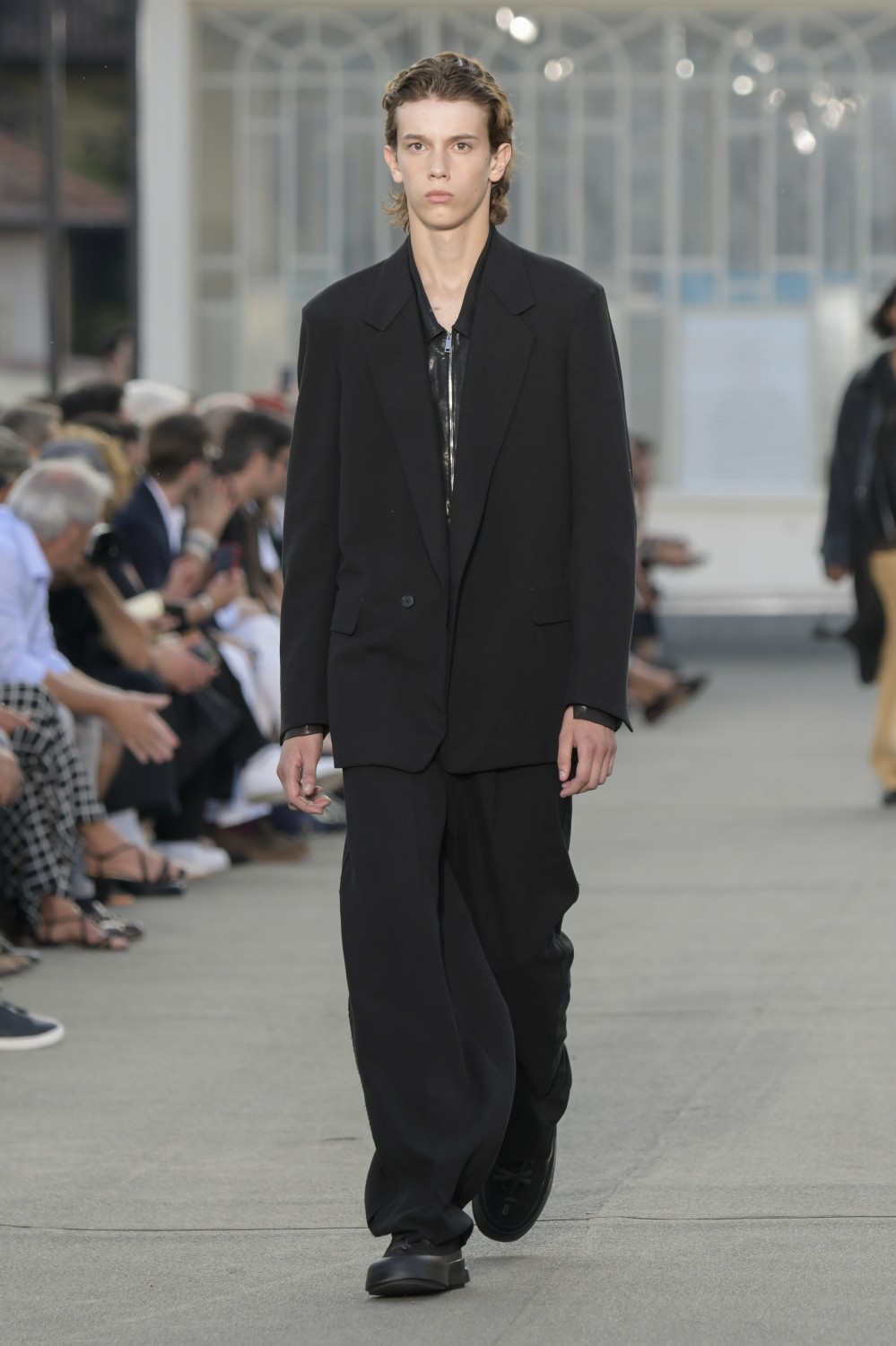 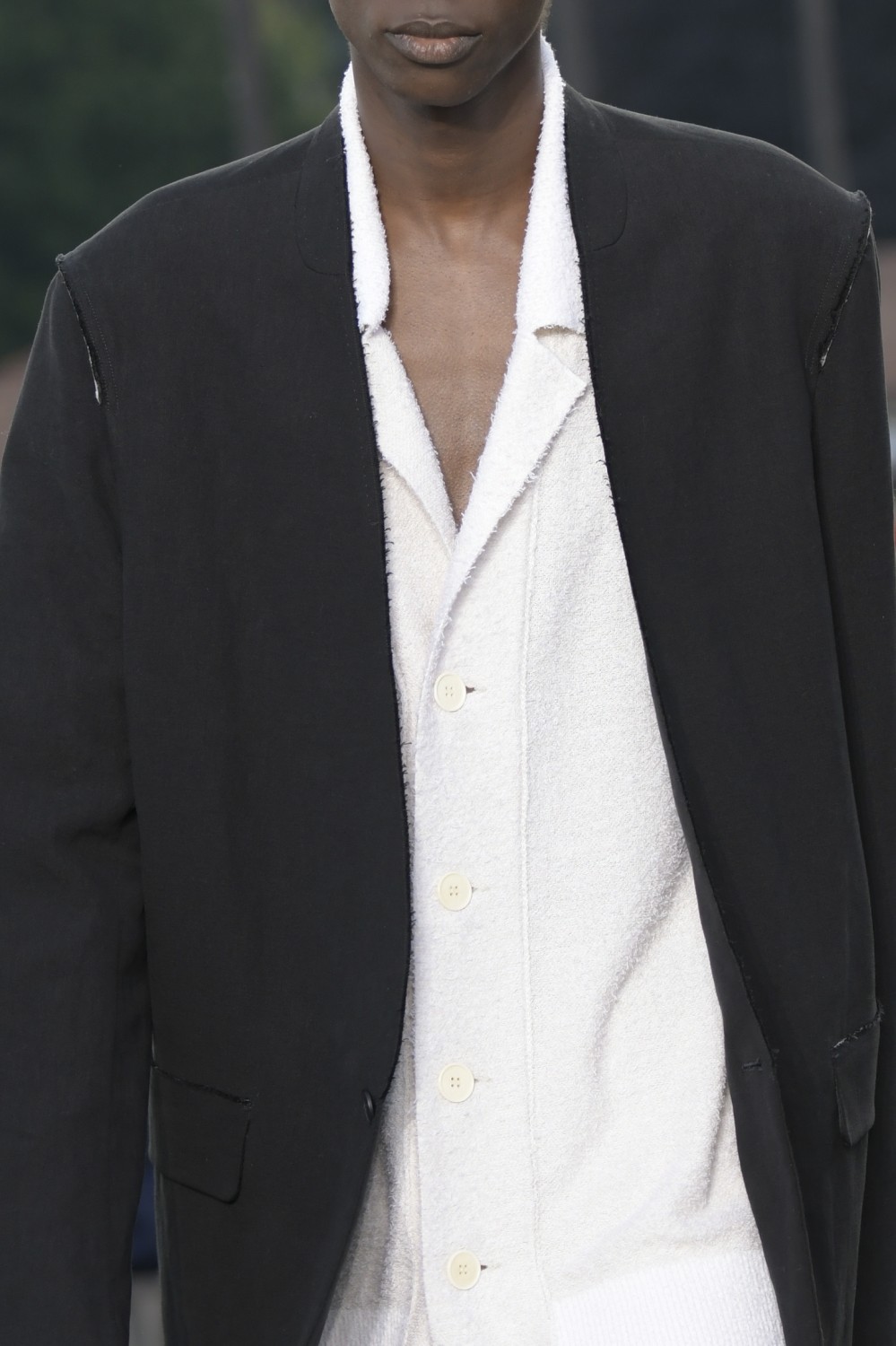 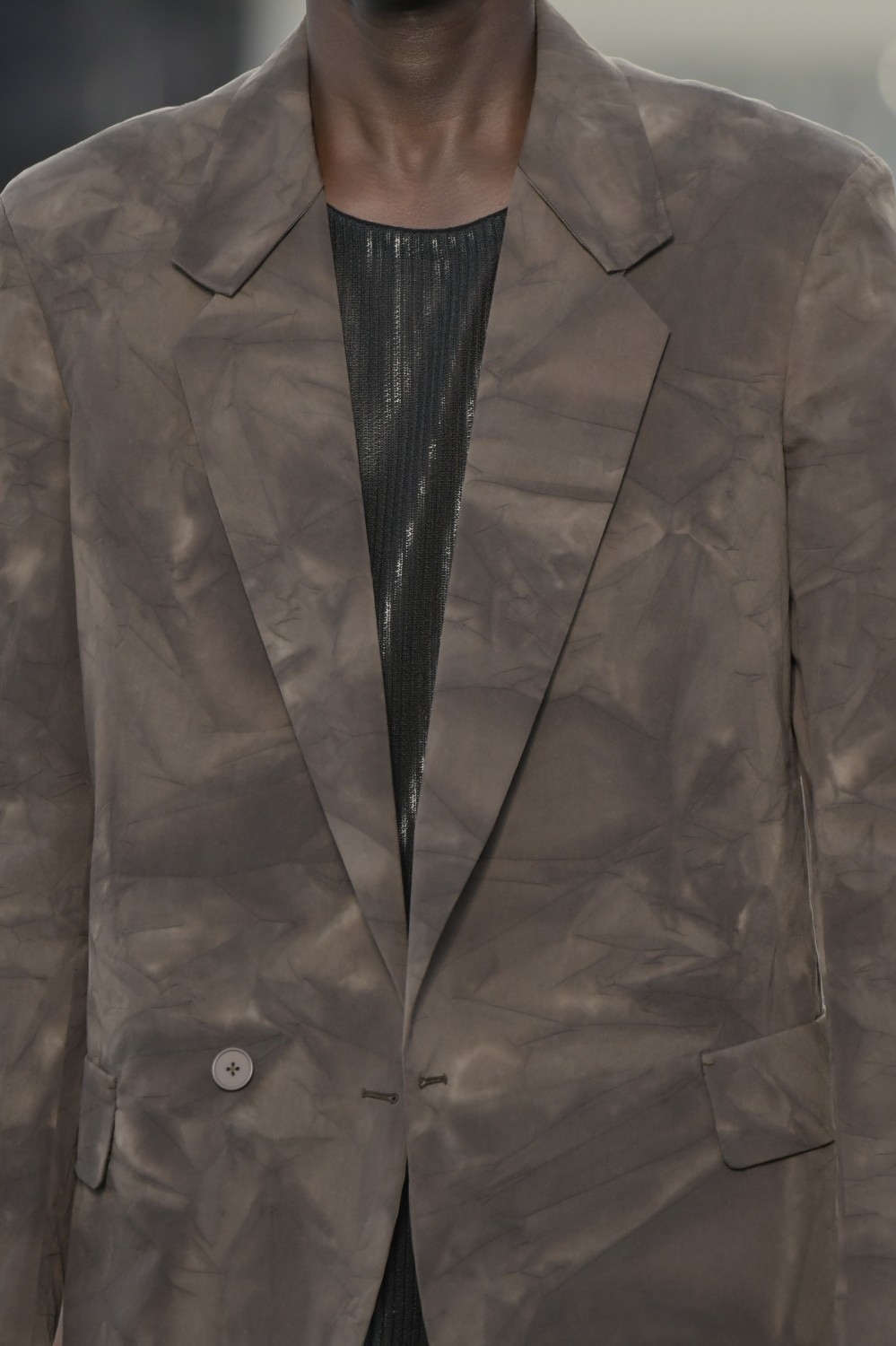 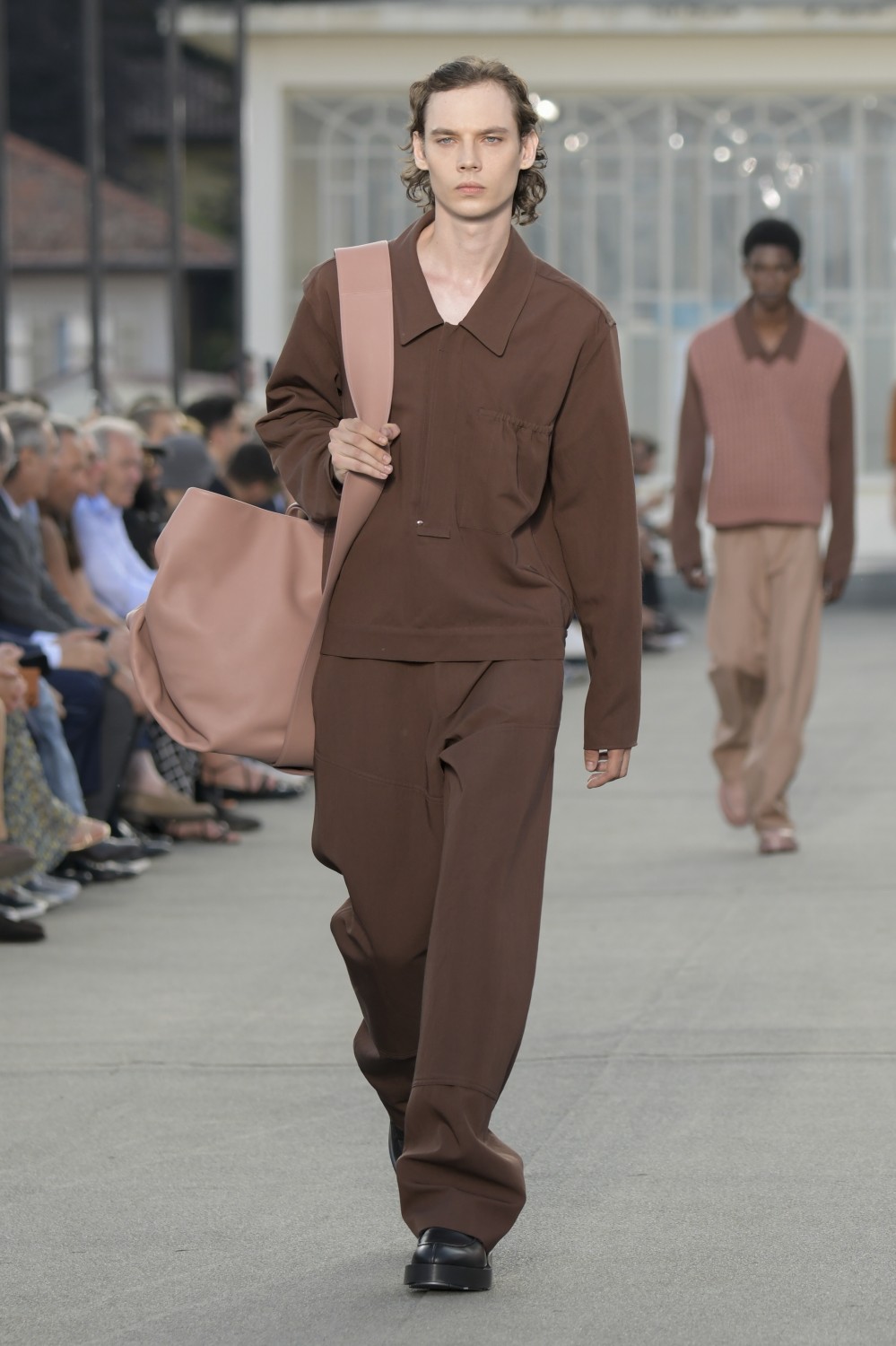 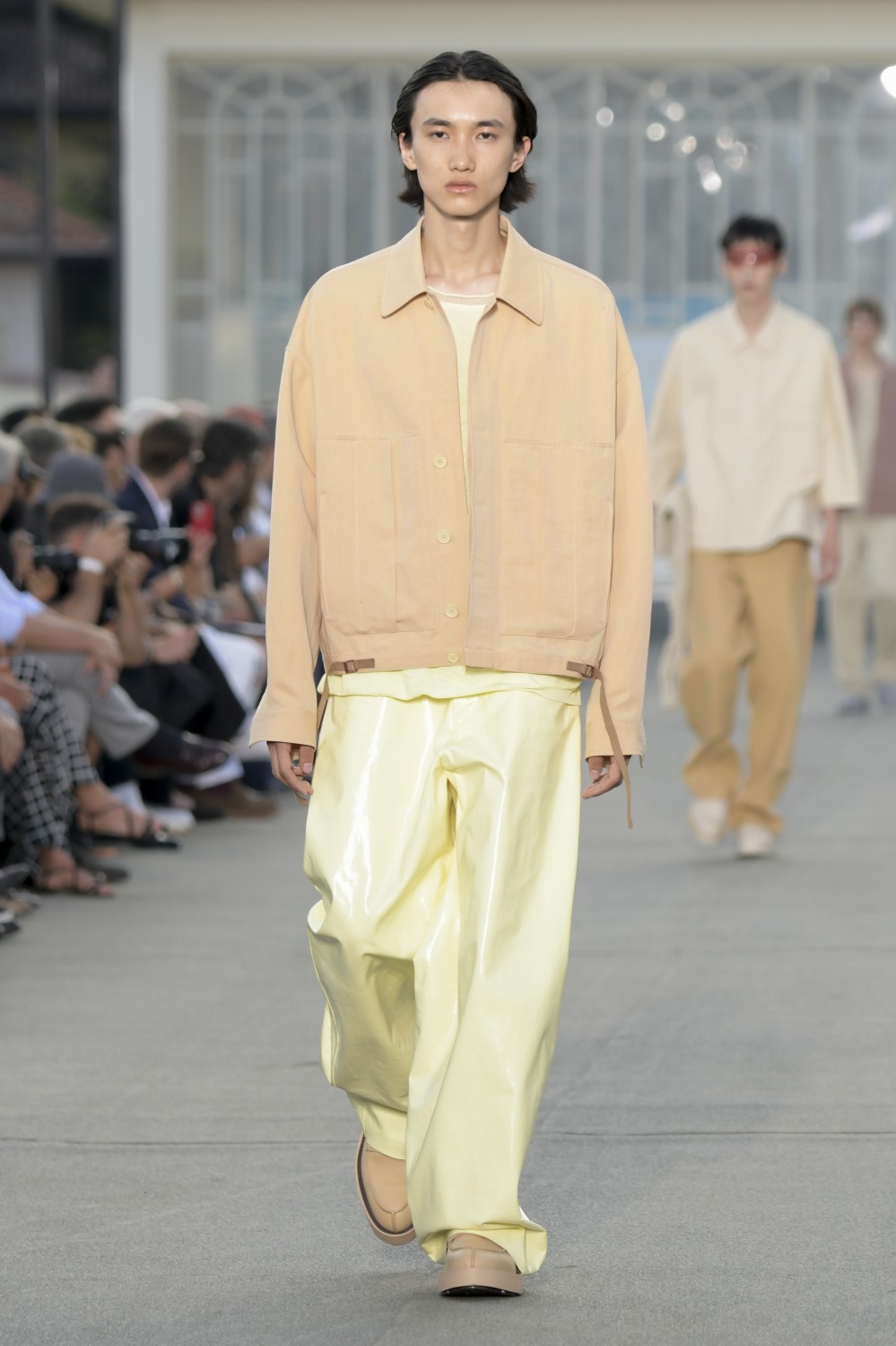 Brands & identities, we would say: they are two realities inextricably weaved together, that result into unique and unrepeatable outcomes. When it comes to the tailored suit, then the diverse interpretations of it emerge firmly, as within the same formal perimeter of age-old tailoring pillars, each brand attains a different development of historical awareness in the current condition. The tailoring field becomes a meeting point where creative suggestions intersect, traditions are faithfully followed or delightfully subverted; where heterogeneous, cultural sources of inspiration conceive diversified brand identities, while aspirations and utopias determine their attitude and character.

Chez Prada, for Spring / Summer 2023, the black suit becomes a “reduction proof of concept and concreteness perfectly executed but cold as an in vitro experiment”, in the accurately-chosen words by Angelo Flaccavento. Anything but surprising, though: Prada’s composed elegance is part of its intrinsically understated character, which is also where its signature seditious and rebel attitude stands. When everyone turns to utopia, excess and extravagance, Mrs. Prada – flanked by Raf Simons – focuses on extreme simplicity in the form of everyday essentials: impeccably-cut suits, severe turtlenecks worn underneath – the only pieces allowing the presence of a small, visible frontal logo -, some other few essentials such as leather coats and shorts, but also a sprout of gingham checks, colorful stripes on knits and fresh, washed denim attenuating the formality of the collection.

On the other hand, de-structured is what defines Armani‘s tailored suits once again. To say the truth, the soft-shouldered jackets to which the King of men’s fashion has well-accustomed us gains relevance now that post-covid fashion craves comfort and lightness more than ever before. At Emporio, lightness prevails in the impalpable cottons and gobelins, the lightened internal construction, the delicately wrapping volumes easily opening at the shoulder with buttons, as well as the jackets completely deprived of the lapels; at Giorgio Armani, it develops through slouchy, liquid wide trousers which convey an extremely comfortable appeal both in volume and hand touch; some fake double-breasted jackets actually have single-breasted fastening; relaxed tailoring is embedded within the collection, yet it concurrently preserves the delight of the dressing-up ritual.

And what’s next for tailoring, instead, for such a forward-looking brand as Zegna? “The idea is to use our craftsmanship as a progressive tool, keeping the finesse, the attention to detail, the respect of materials”, states the creative director Alessandro Sartori, “while experimenting with shapes that are light, and materials, solutions and finishes that give these shapes a new technicality”. Stripped of any useless frill, a clean, rather minimal aesthetics finds its counterbalance in the high-performance fabrics, designed with sustainability in mind: new yarns and fabrics have actually been created from waste. Intrinsically-engineered knitwear, alongside rubberized leather, pure wools, technical silks and a special yarn named “use-existing” wool – obtained by melting recycled paper with cotton! – walked down the catwalk, building up a new kind of effortless and conscious men’s fashion that proves to be sensitive to the present times.

FIND ALL THE PHOTOS