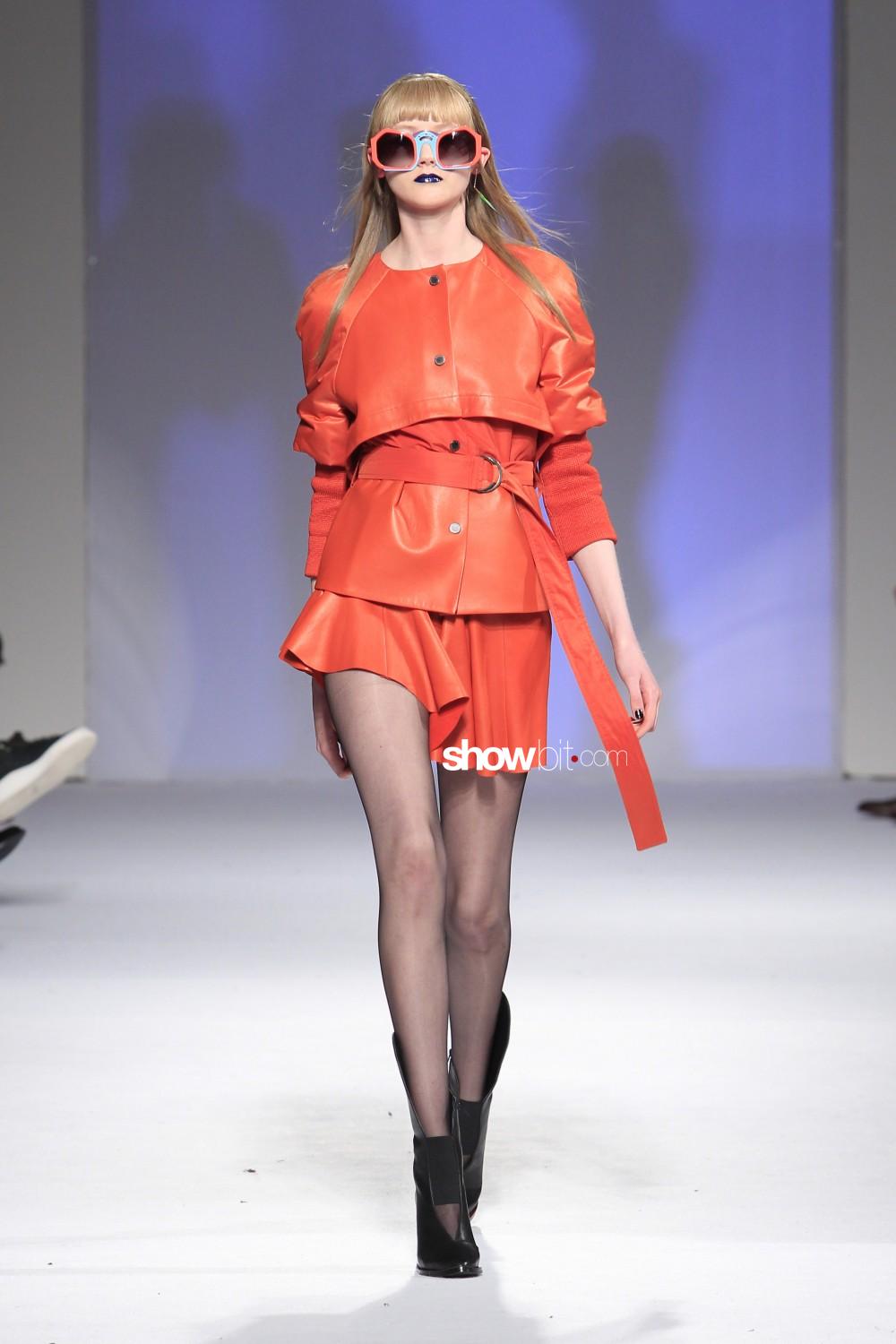 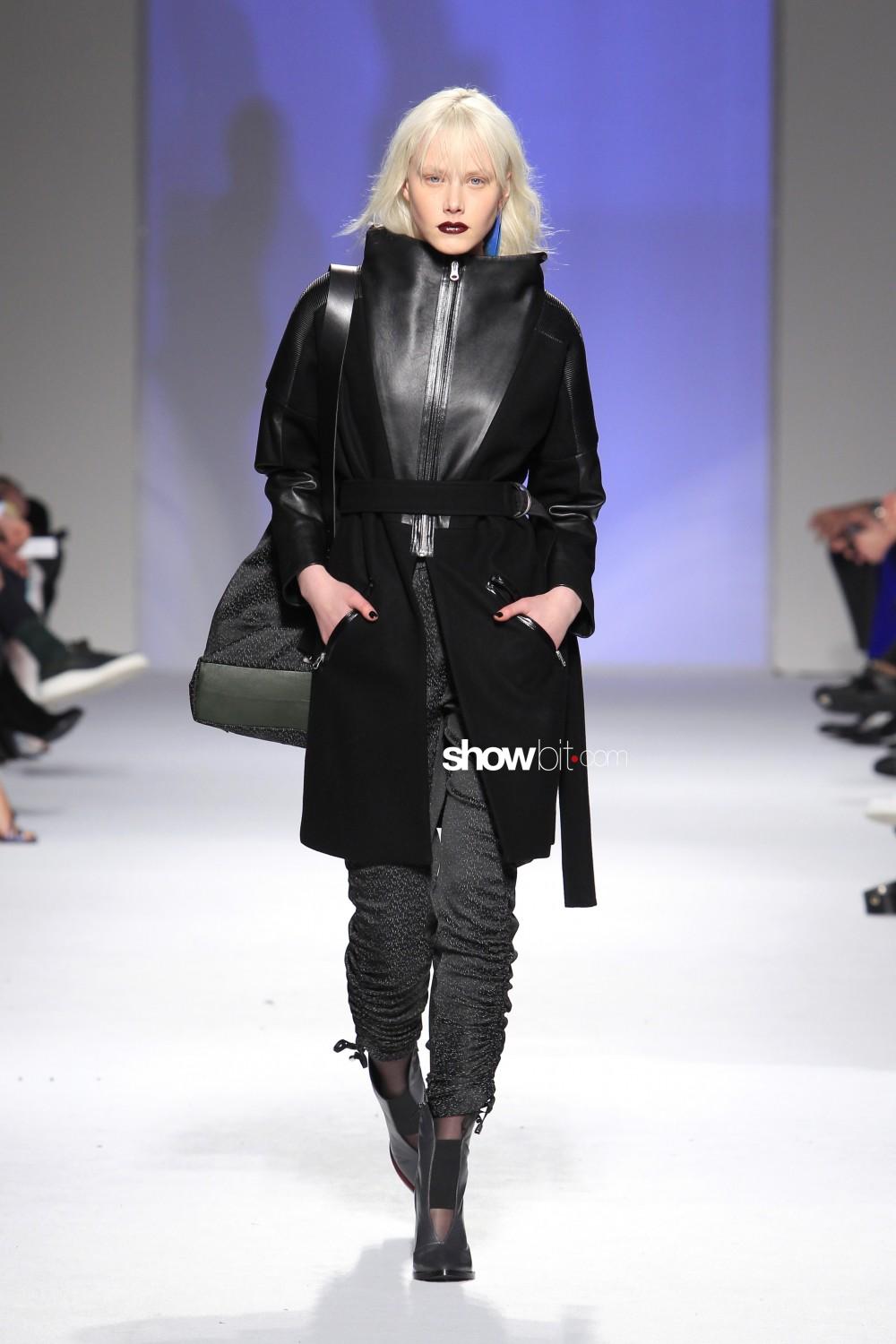 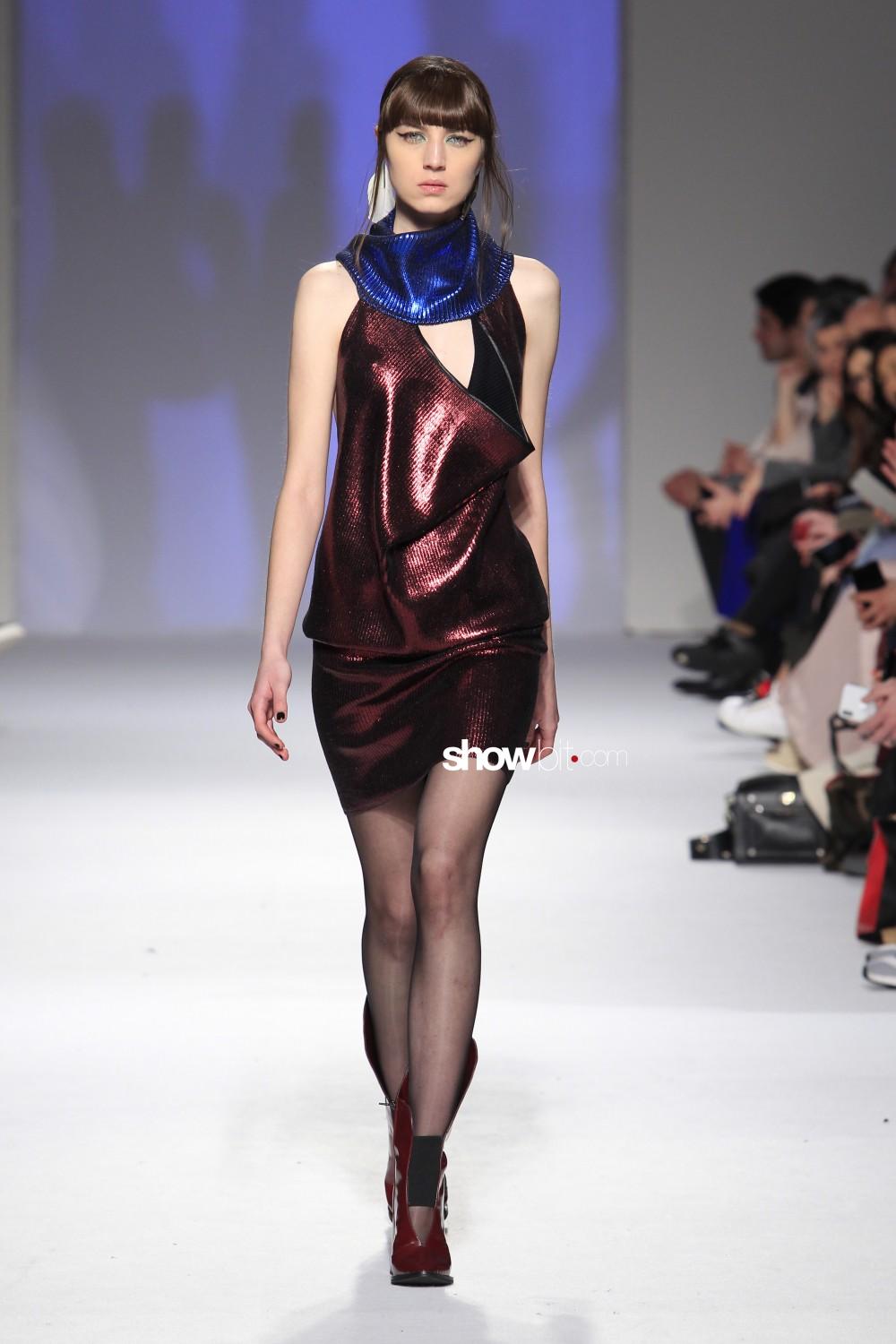 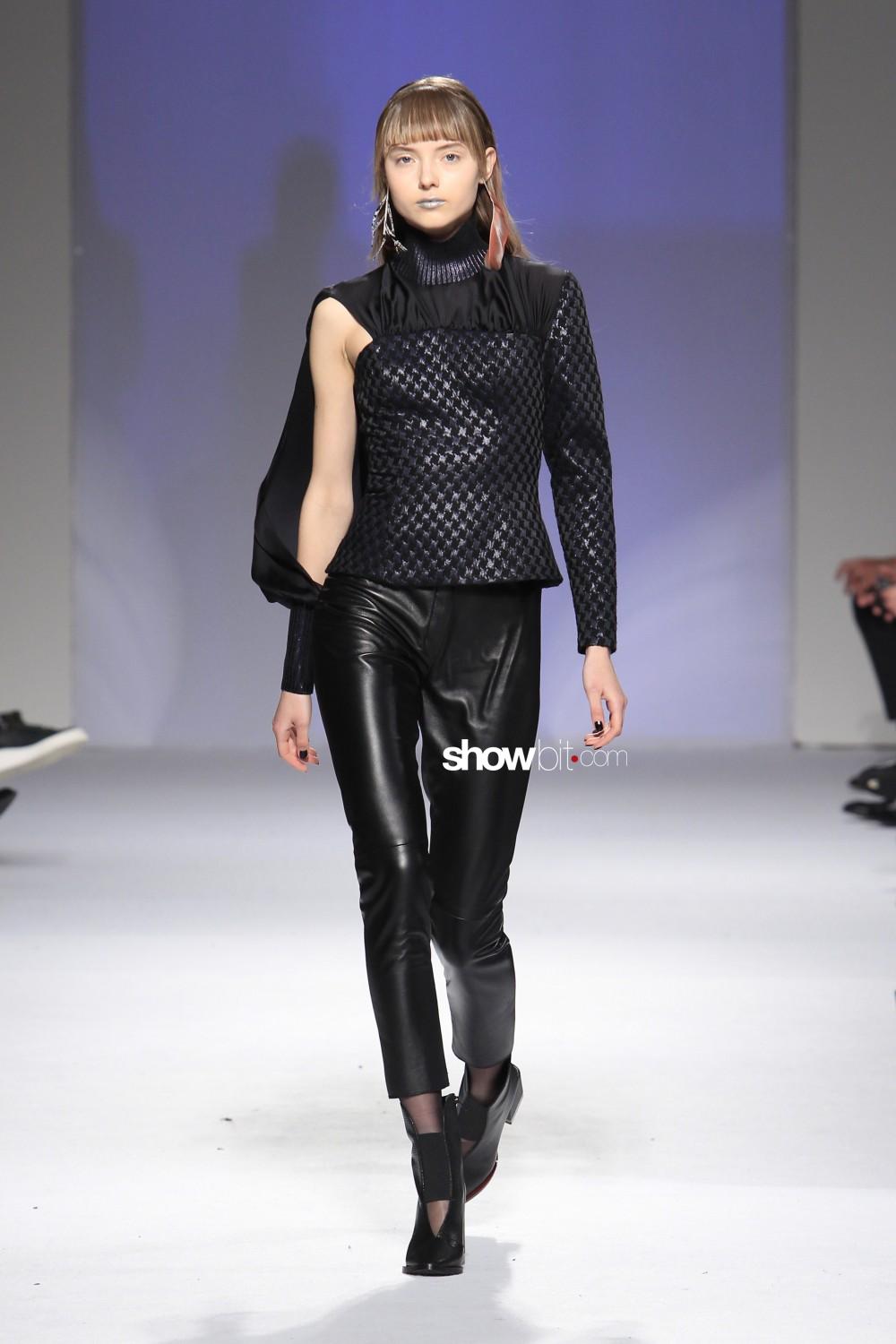 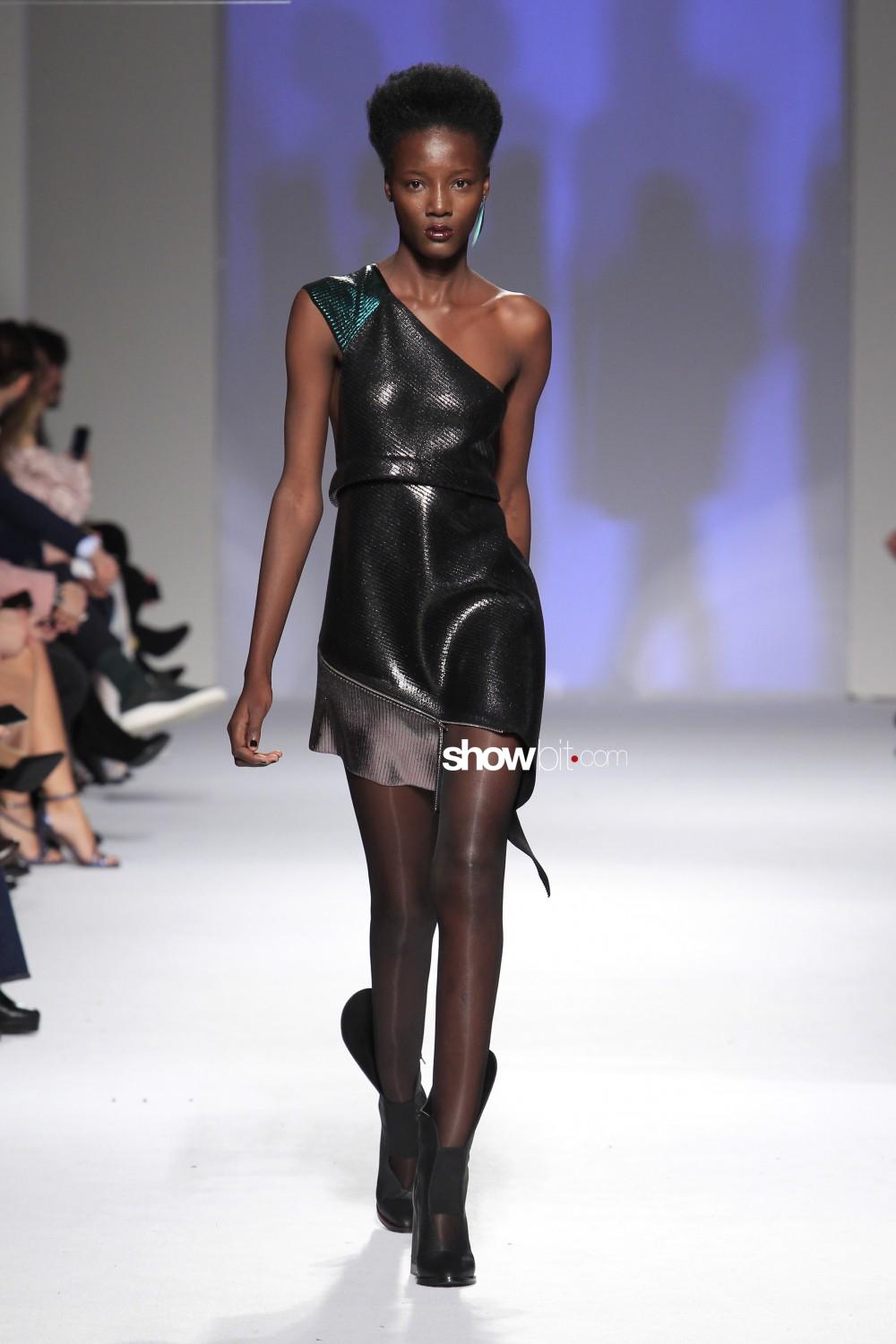 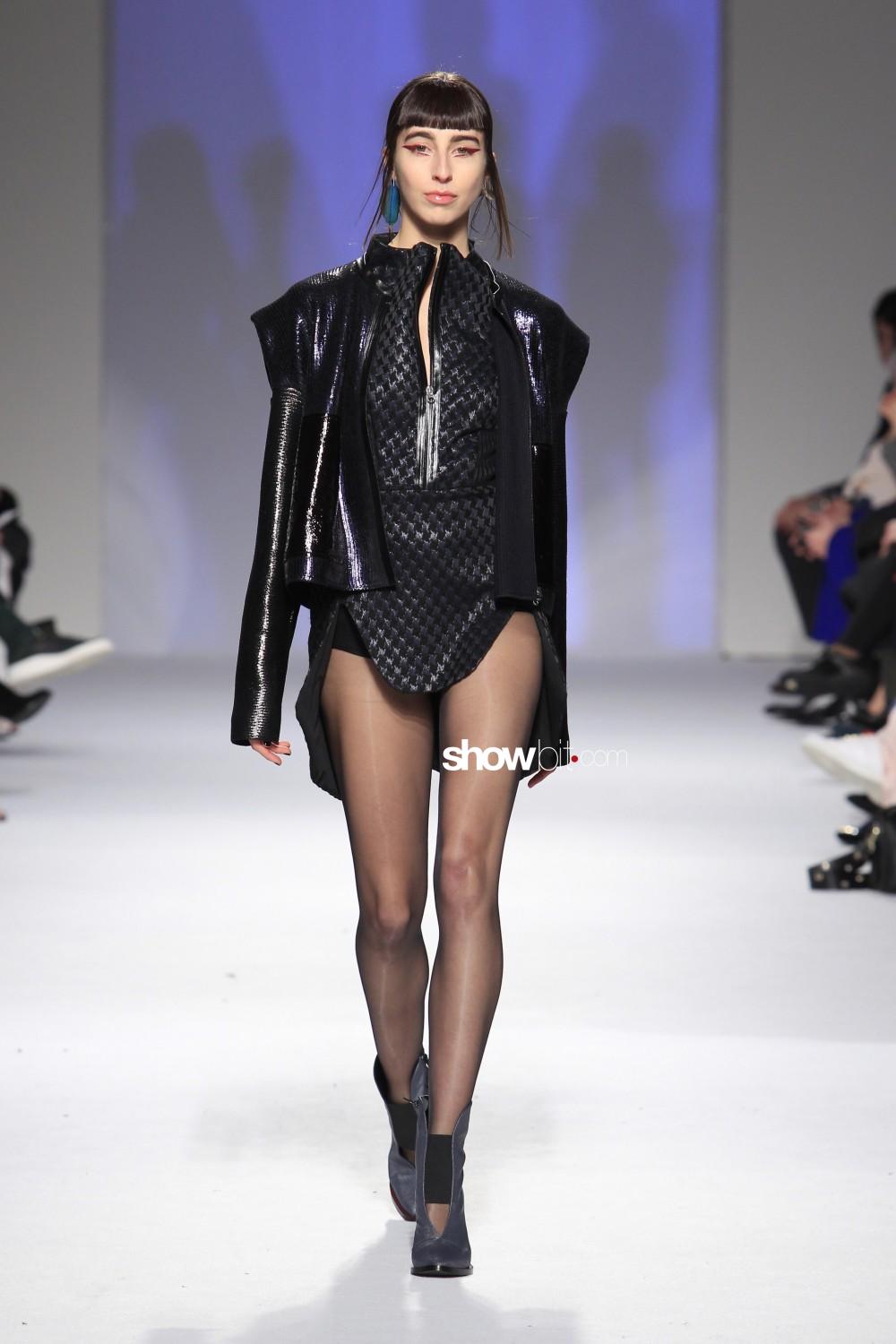 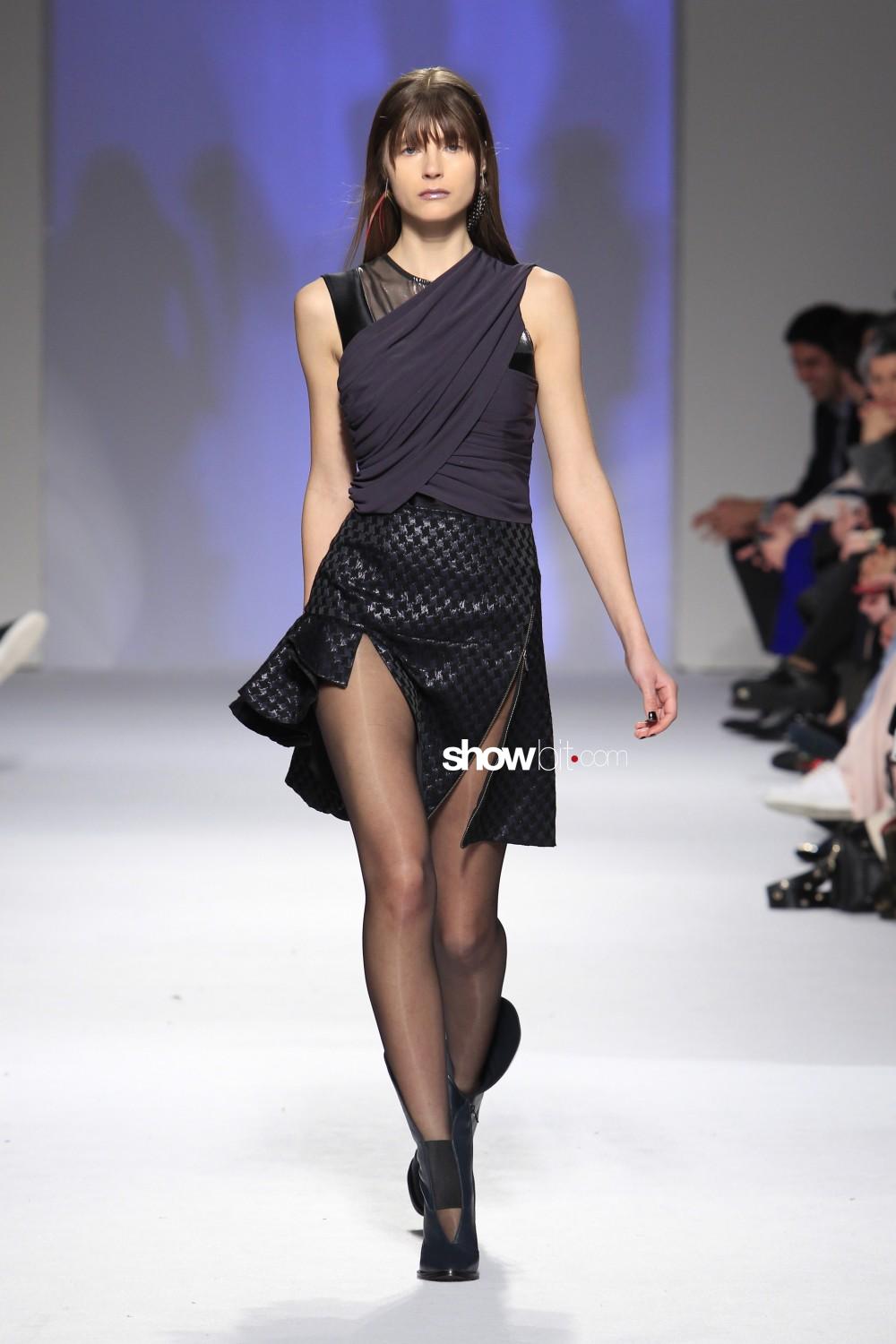 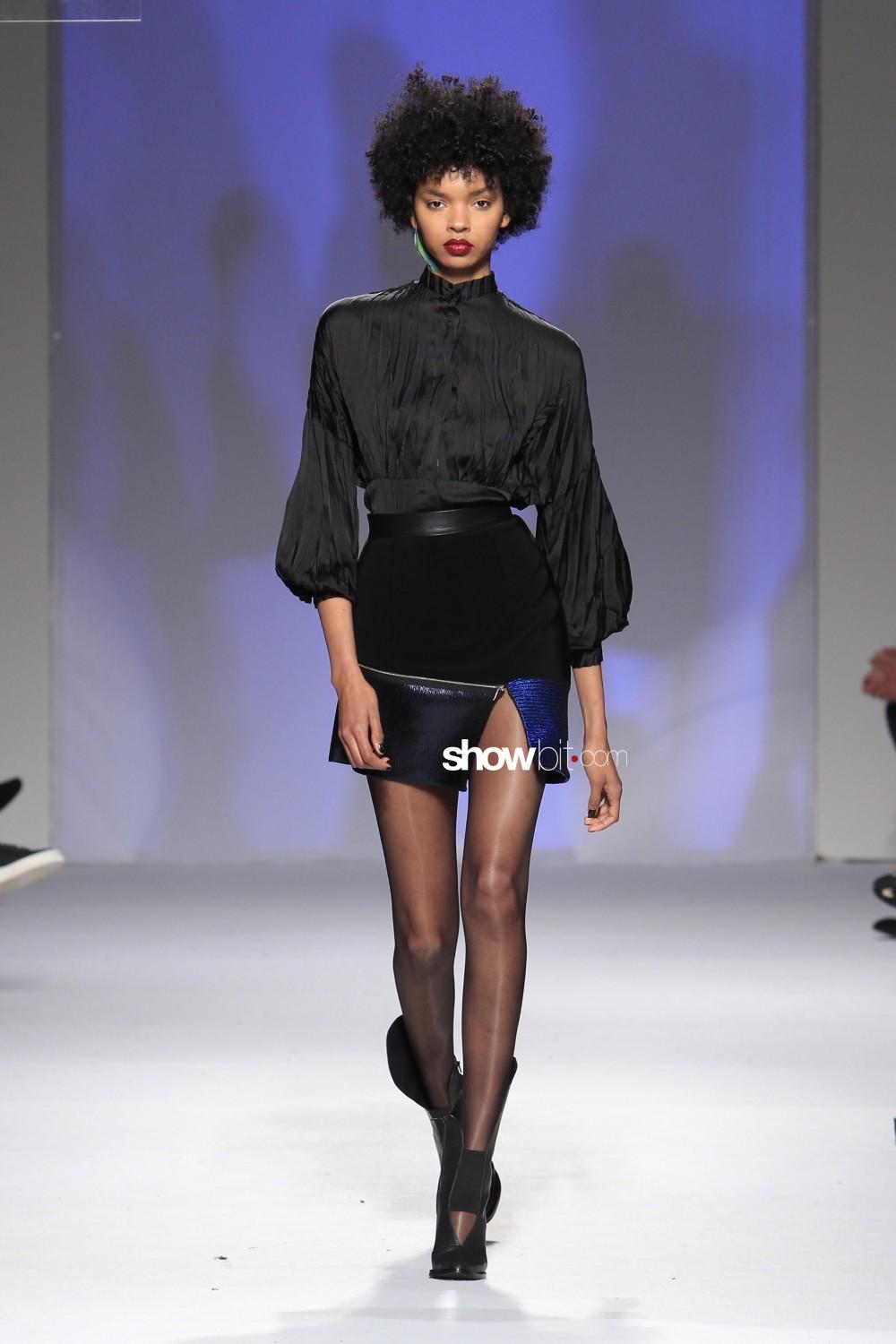 Luìs Buchinho is one of the big names of the Portugal Fashion Week: he debuted in 1995 at the first edition of Portugal Fashion, after attending Citex, currently known as Modatex. Since then, his creations were showcased at fashion shows in New York, Sao Paulo and Paris and he regularly participates at the prêt-à-porter week in the City of Light since 2009.

No doubt he elaborated his own vision of fashion, giving it a unique signature and making his creations easily recognizable.

For Fall/Winter 2018, his lineup -named Night Drive– has acquainted a rétro-futuristic aesthetic, looking both to the 60’s and to the future of computer imagery: there’s a combo of soft and warm fabrics that follow the body shape, against rigid fabrics as leather. Edges go hand in hand with curves, alongside irregular hems and asymmetries. Experimentation is in the unexpected cut-outs and fastenings through zippers and buttons.

The black dominates the winter palette in different shades, glows and opacities, and it meets the lamé knits that create metallic effects.

The patterns design was inspired by the artist Lillian Schwarz in computer animation: that’s why the garments are enriched with pixel-editing techniques, computer-generated images and graphic abstraction.

Waterproof coats are realized with vivid colors such as primary blue; they are combined with quilted puffed jacket and futuristic minidresses.

Take a look to the photogallery!