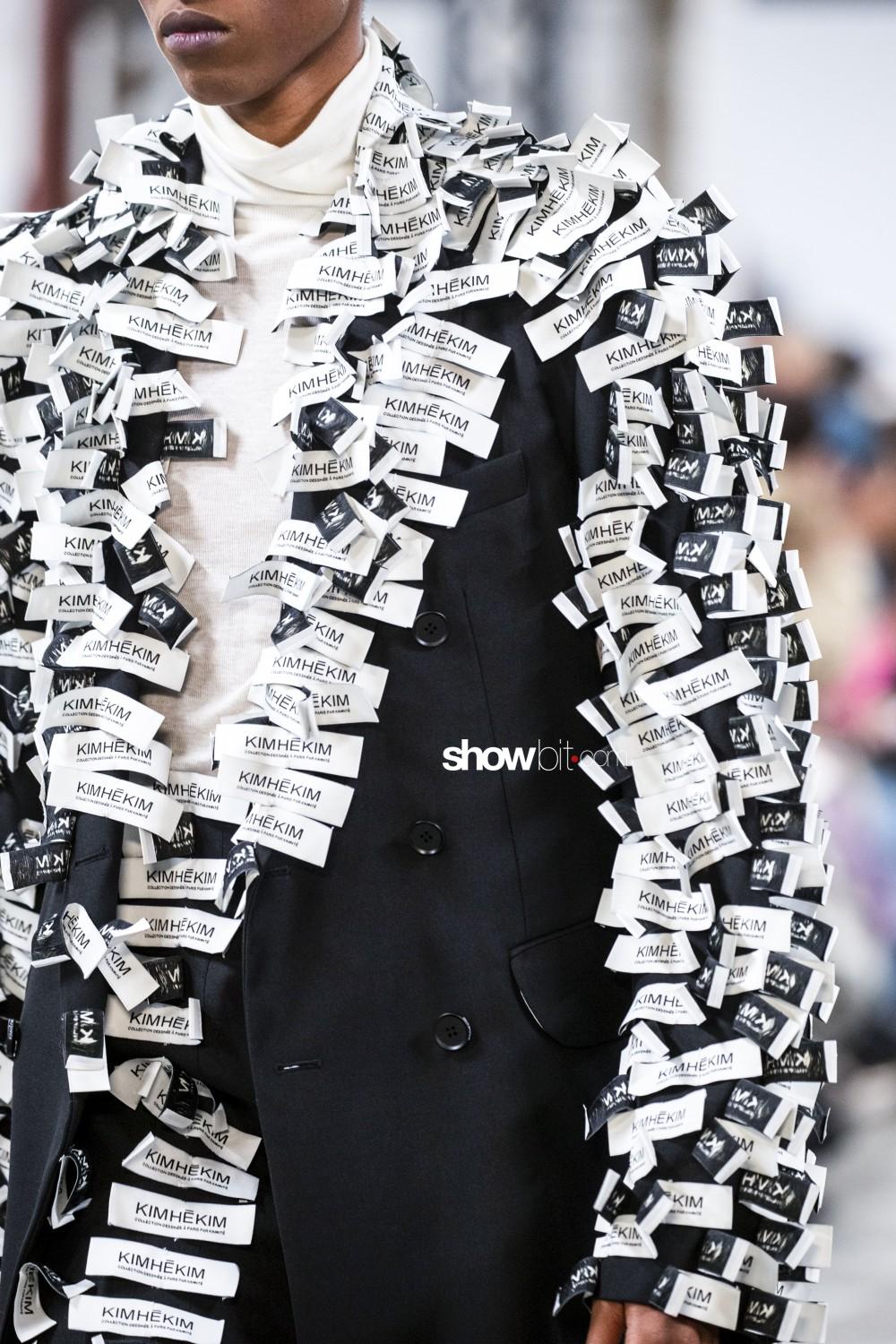 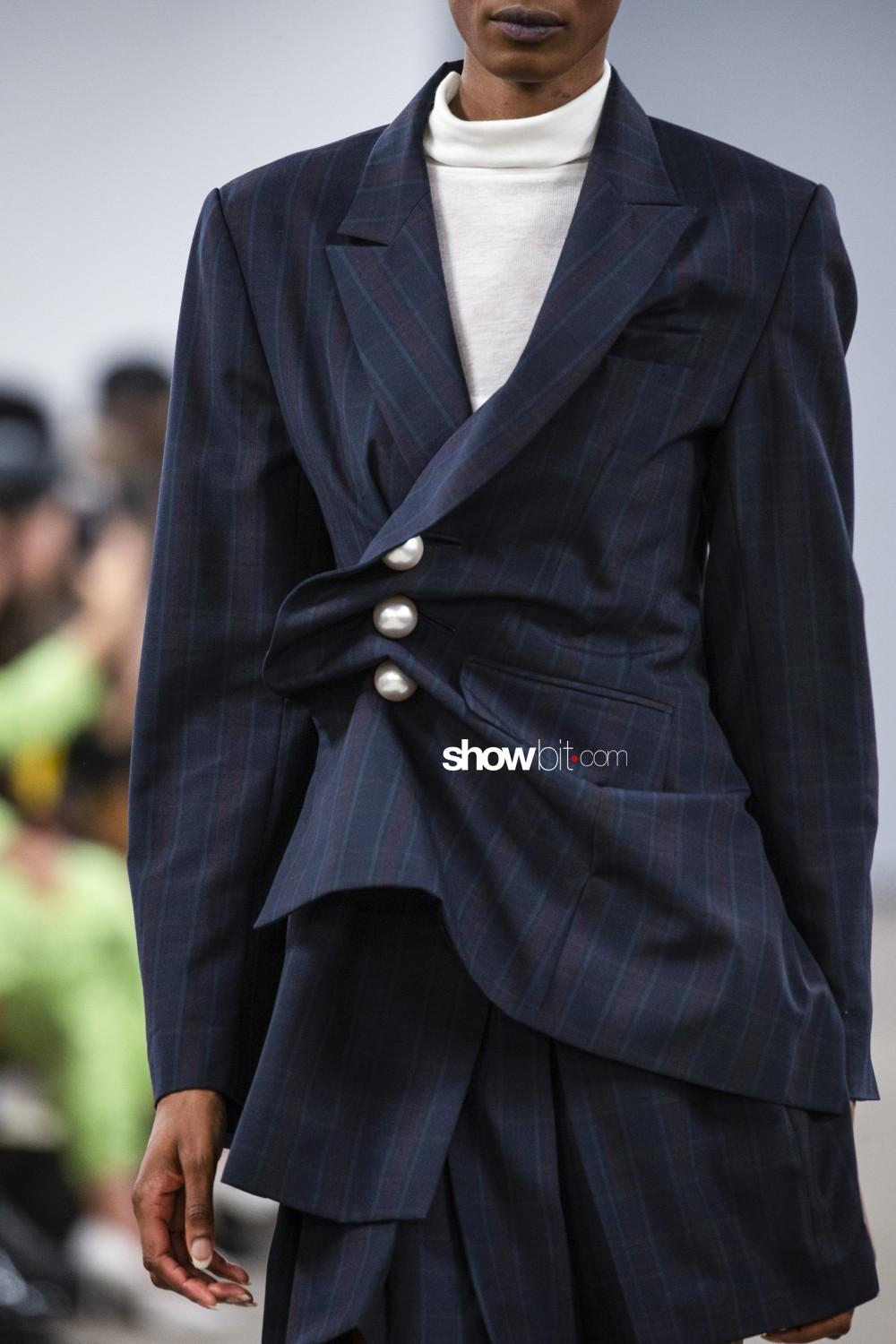 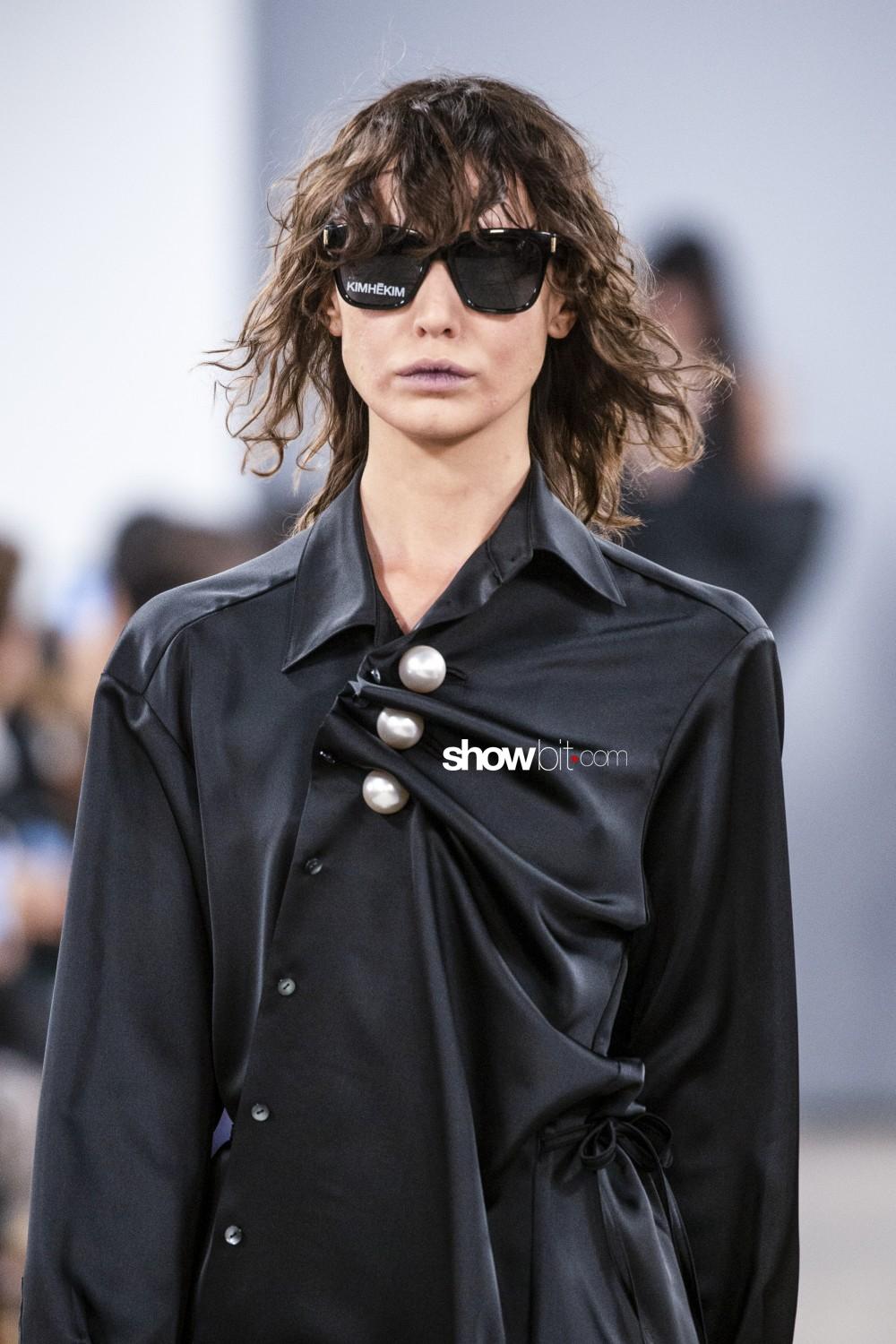 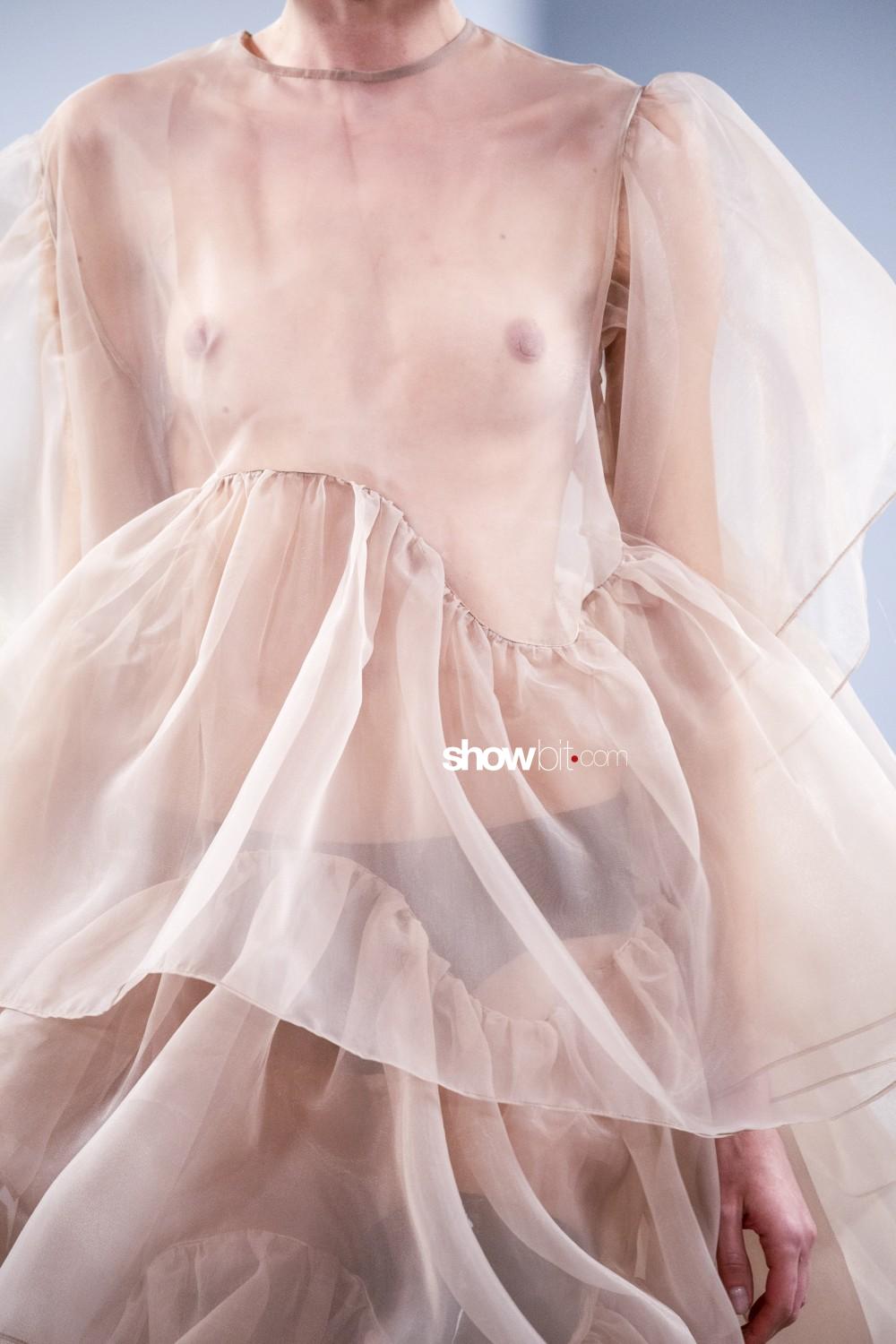 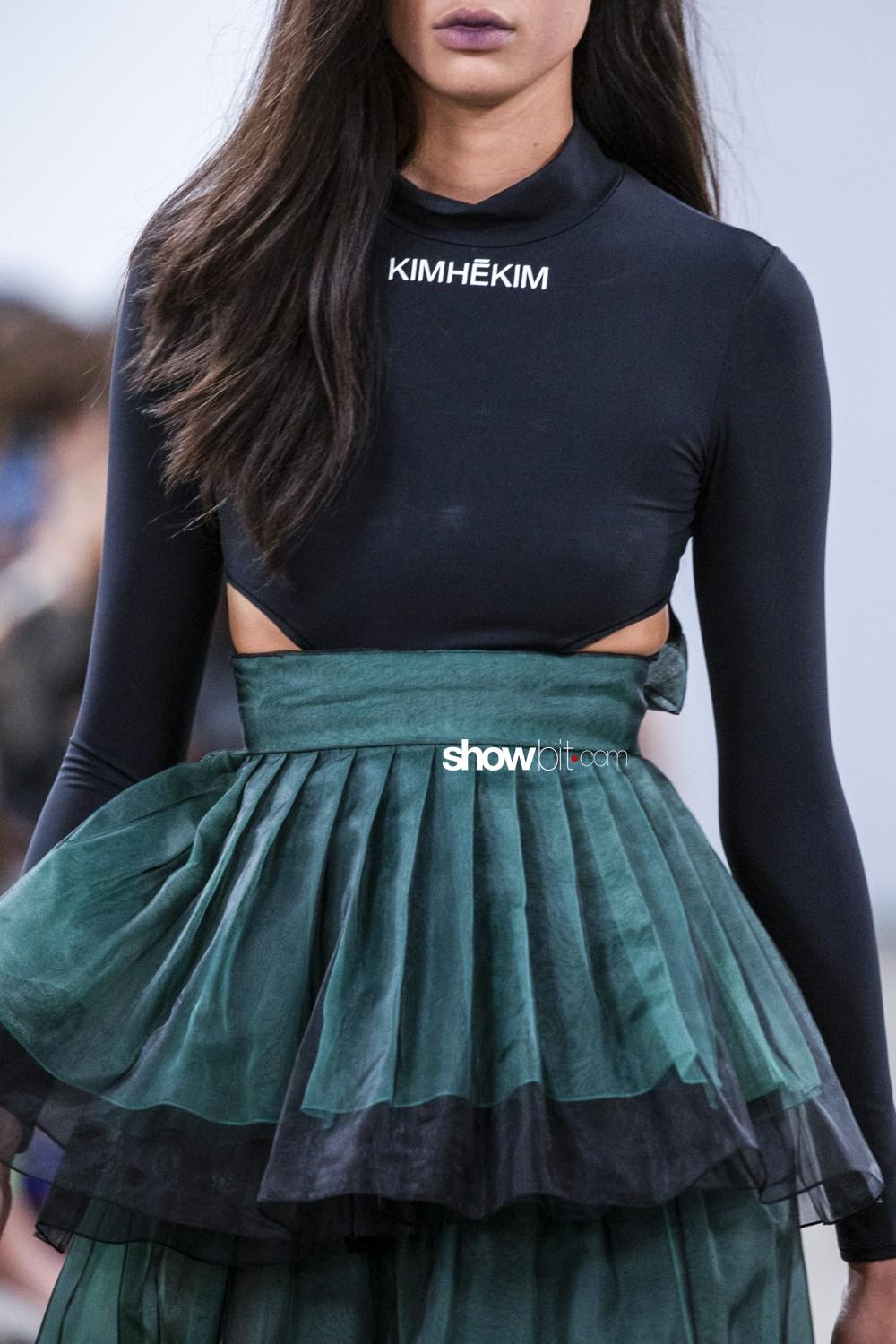 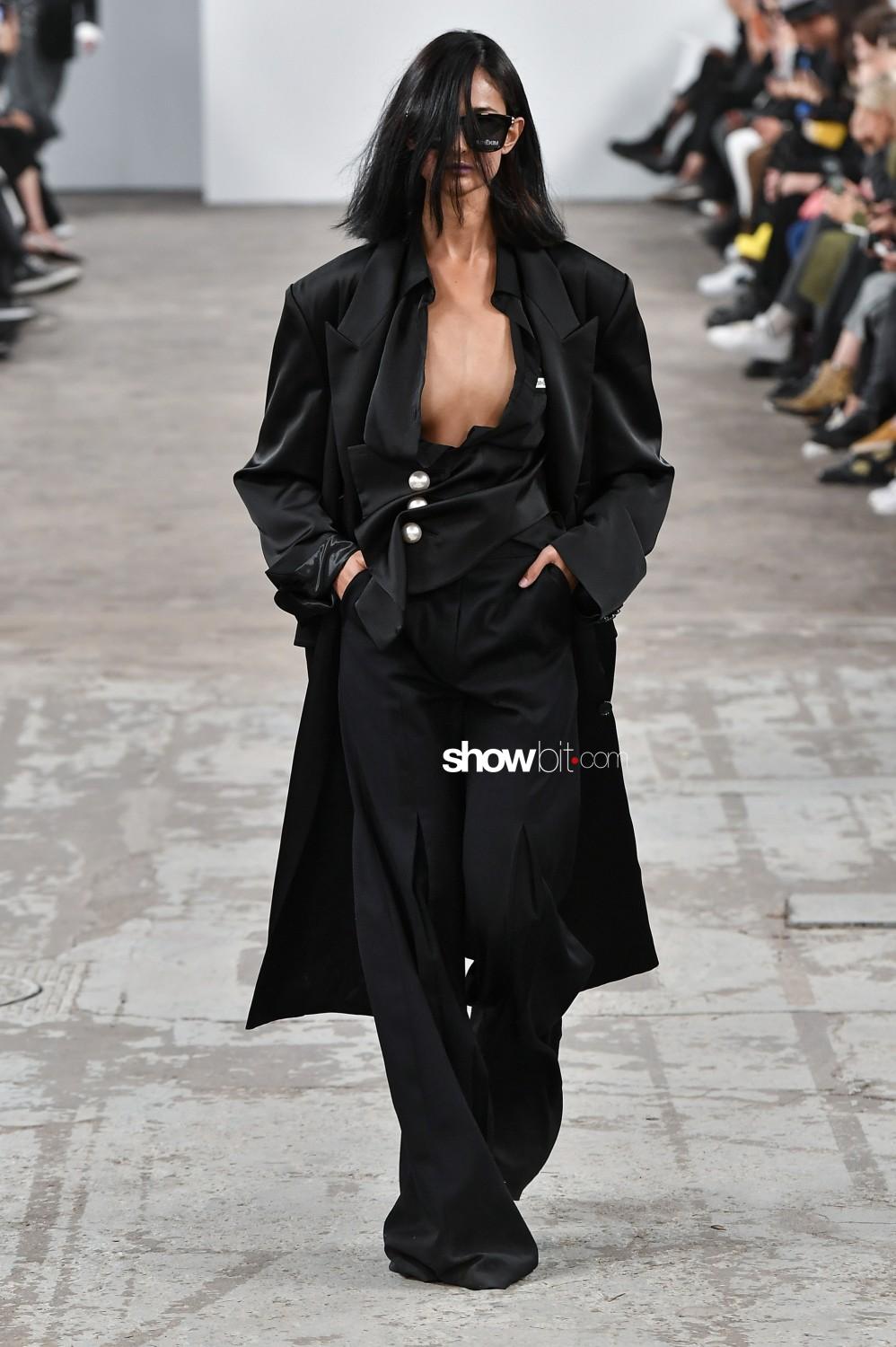 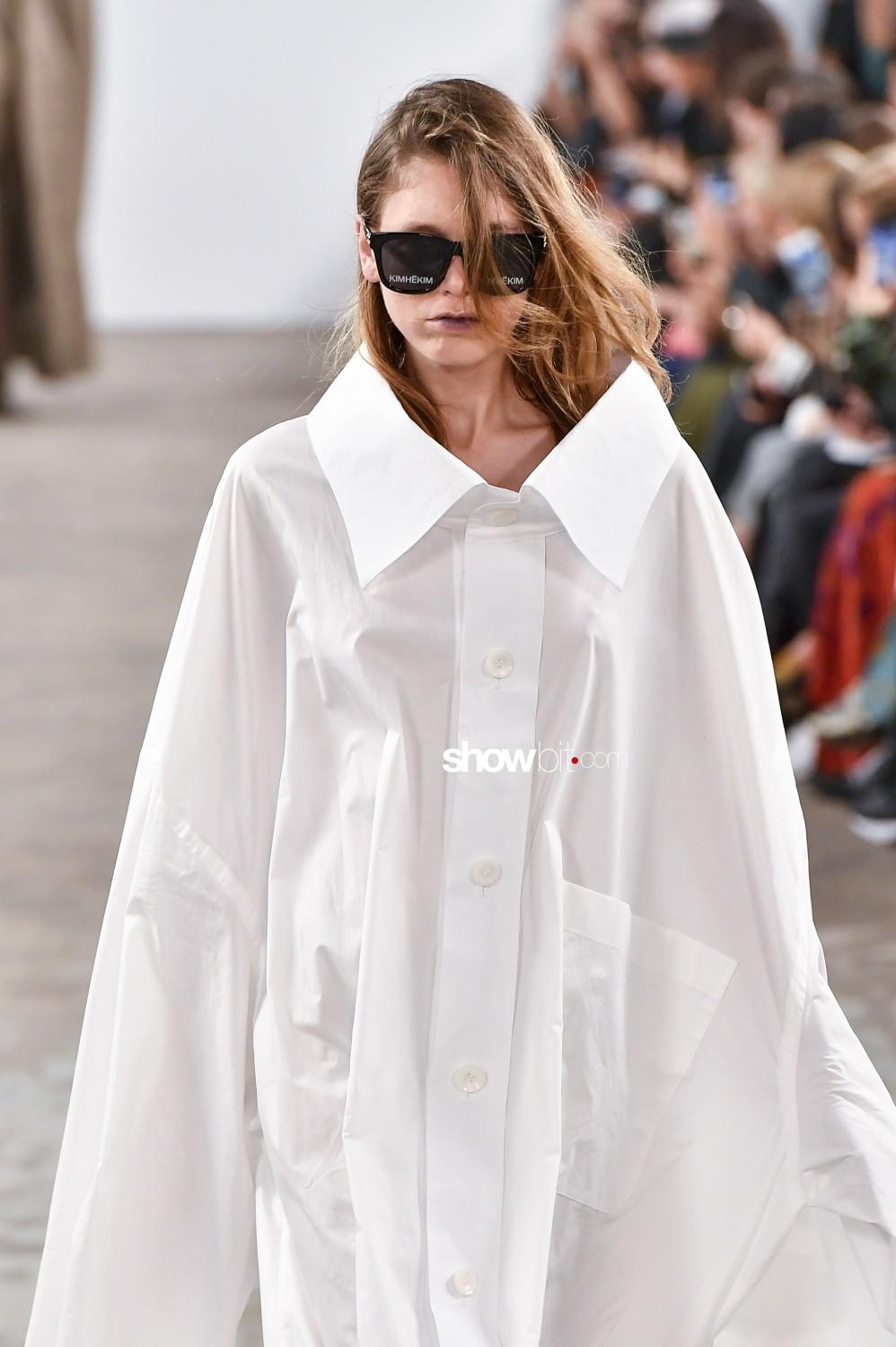 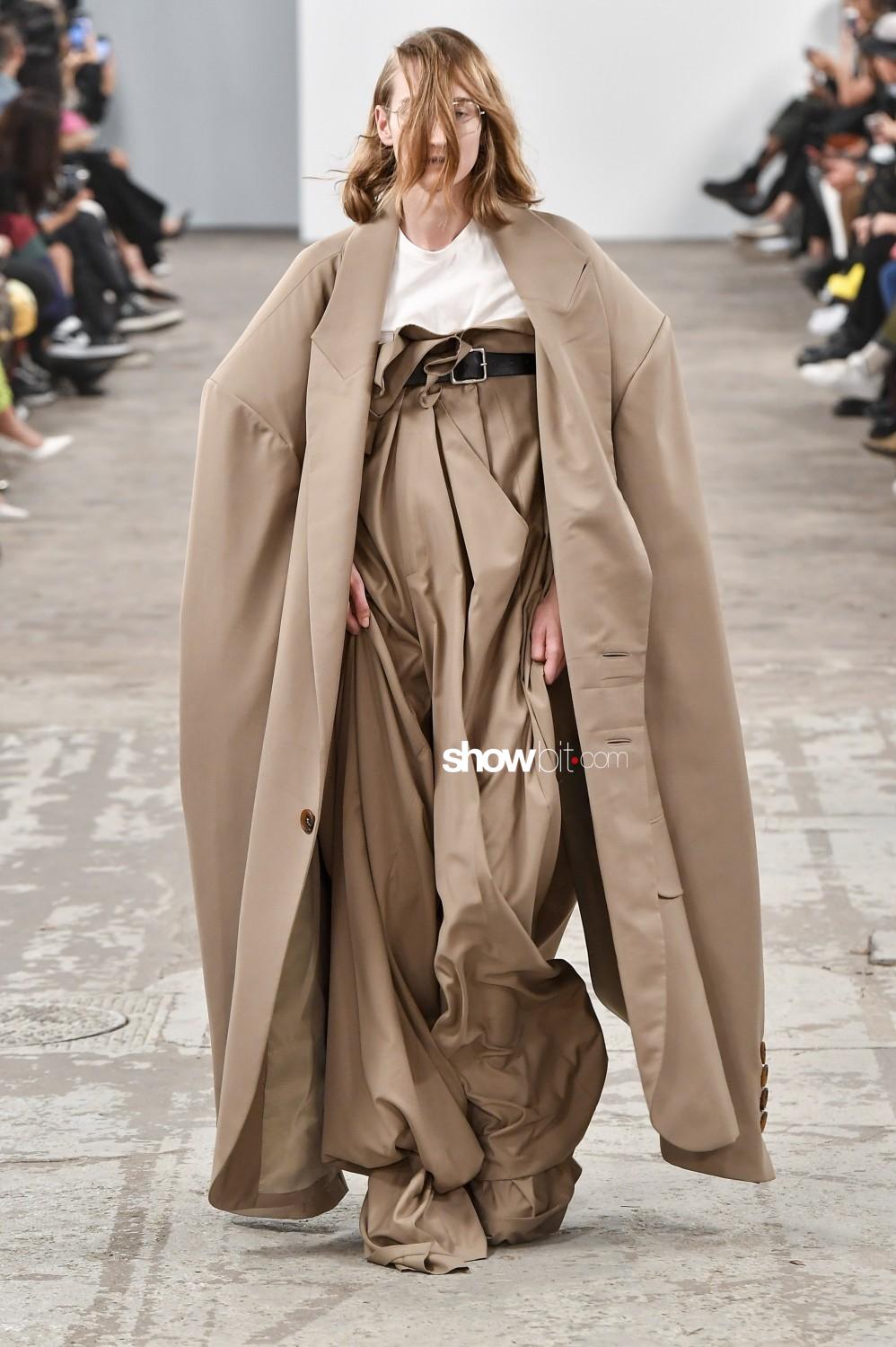 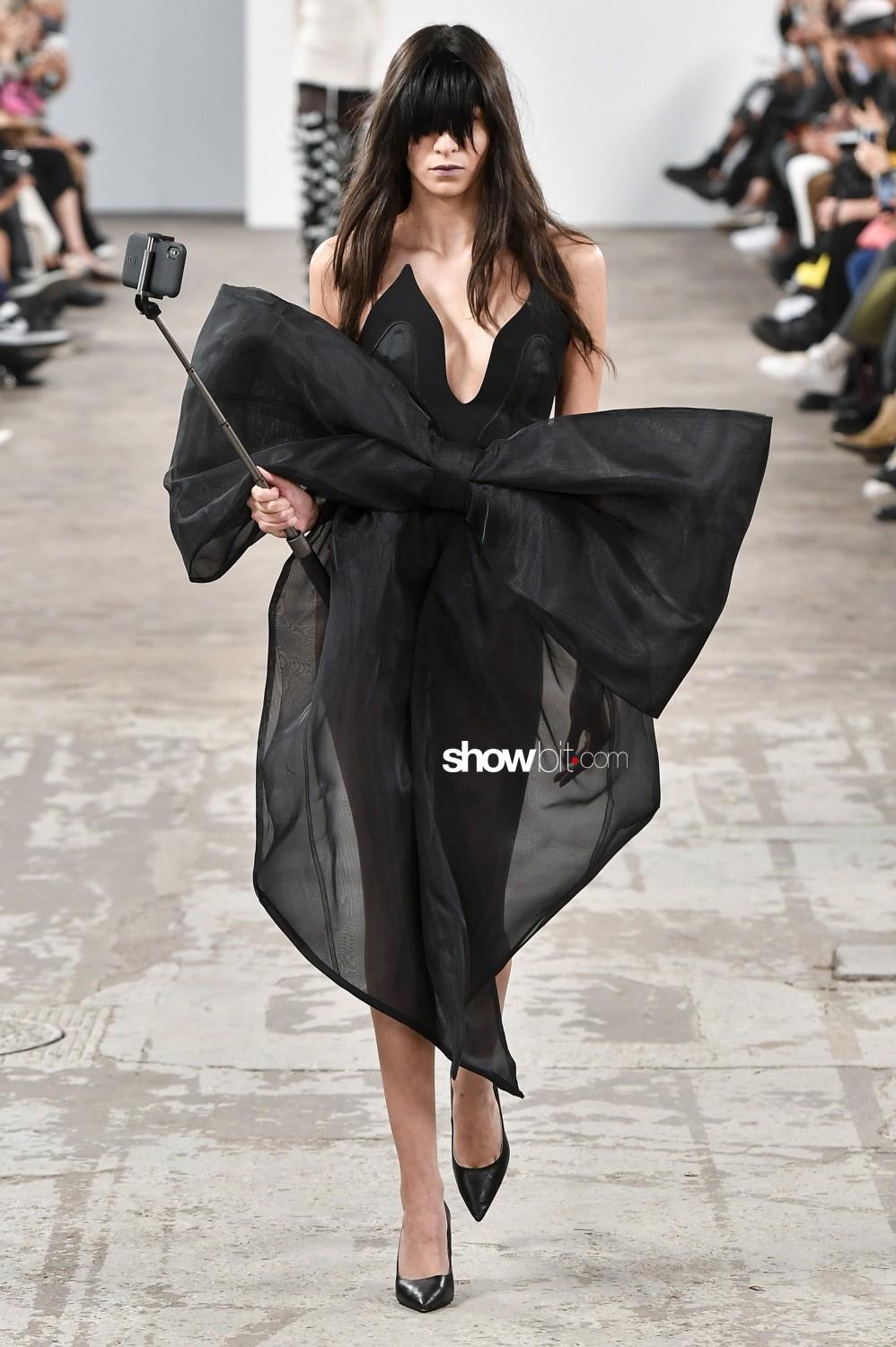 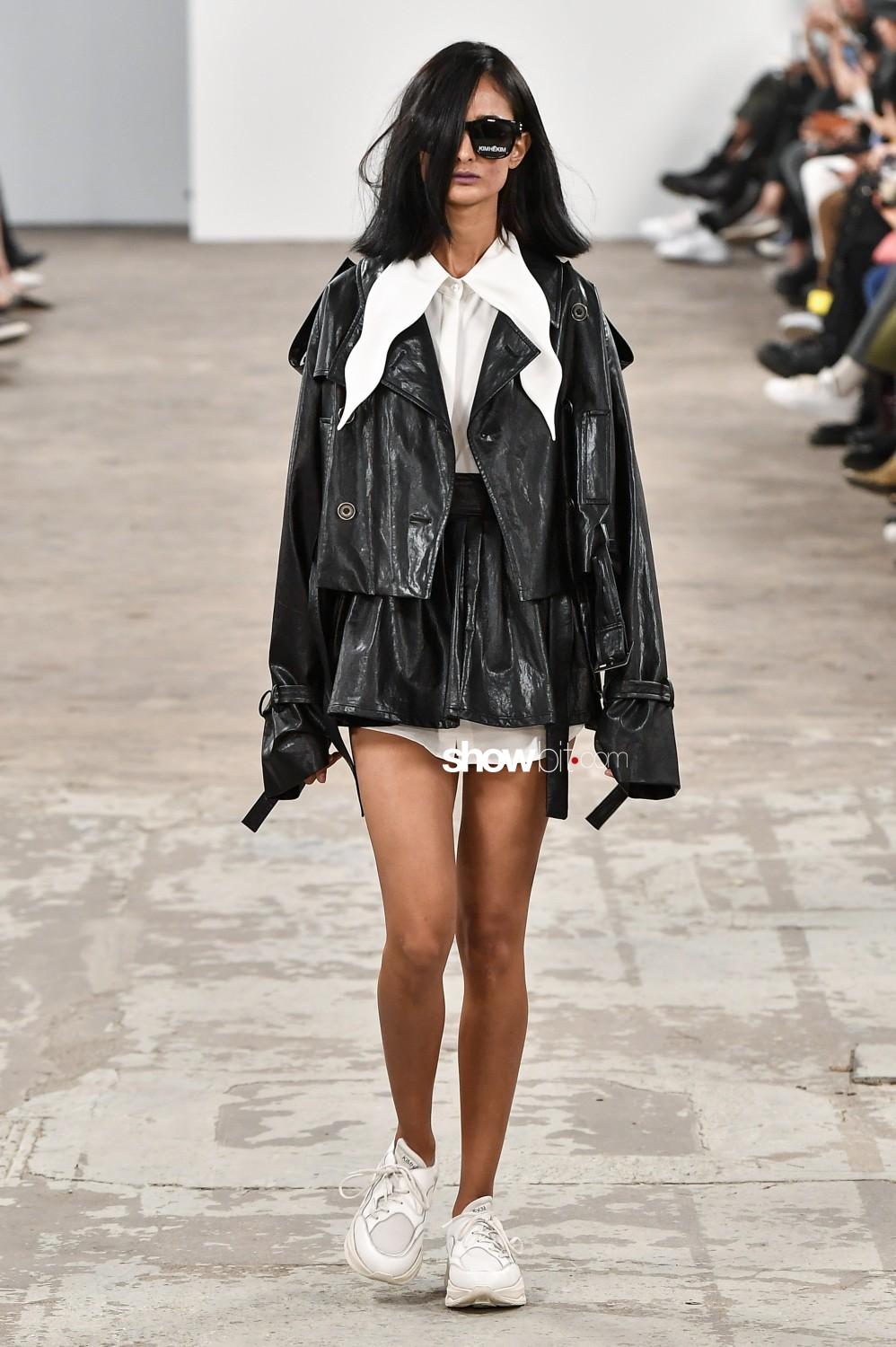 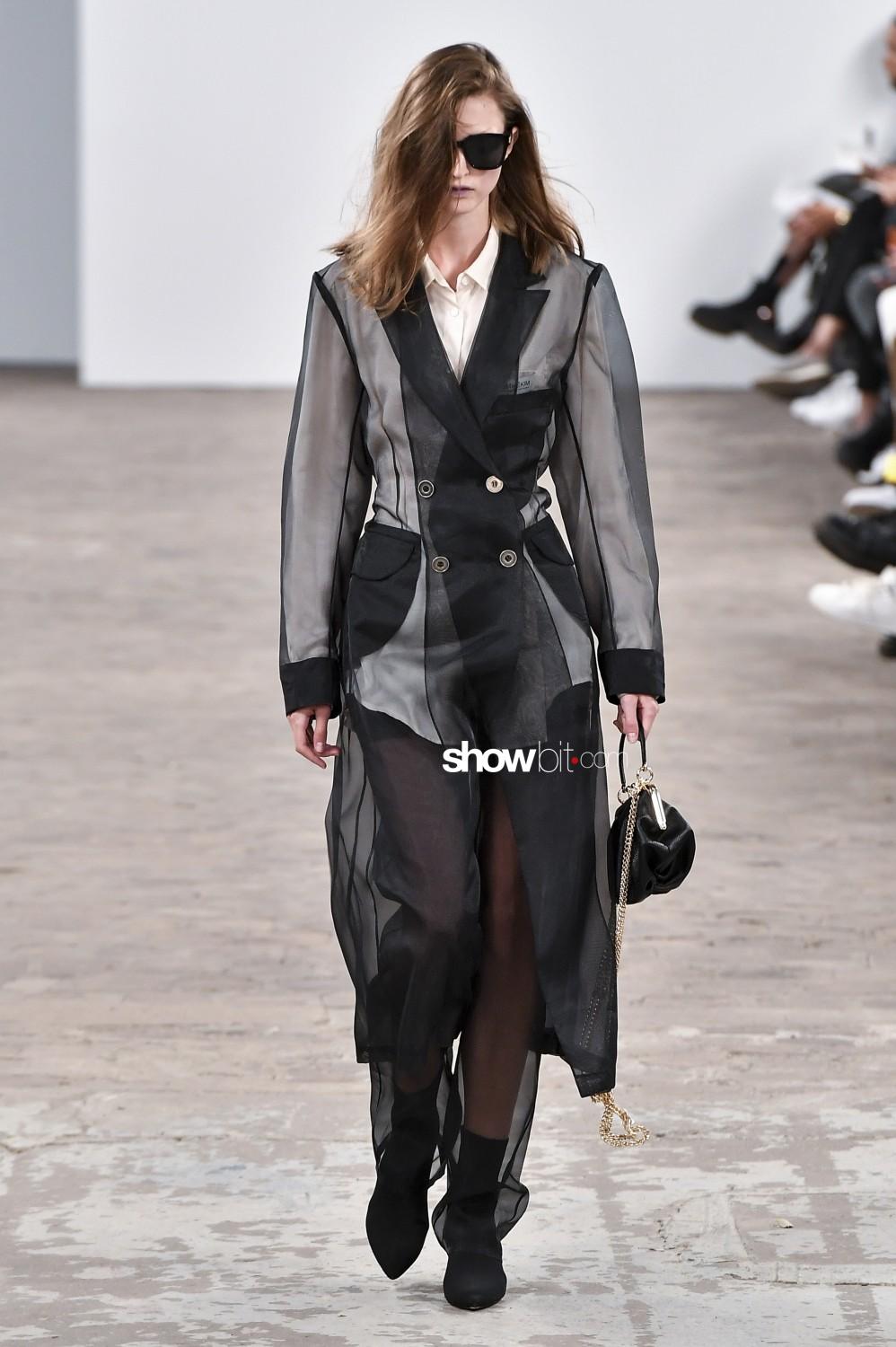 Kiminte Kimhekim keeps narrating his characteristic vision on fashion, that last season marked his successful debut at Paris Fashion Week. With the Spring 2020 collection, he put on stage an evolved approach in style and concept by developing further studies and amplifications of his personal imprint upon the traditional South Korean garments he made himself known for.

His first approach to fashion dates back to a very young age, when his grandmother taught him how to make traditional costumes; since then, the 33-year-old designer went a long way ahead, gaining experience at Nicolas Ghesquière’s Balenciaga studios, where he also absorbed the heritage of draped tailoring. This experimental terrain turns out to be the strong point of Kiminte’s fashion today: he plays with giant tailoring in complete freedom from any convention, buttoning up the blazers in a wrong order with chunky oversize pearls generating draped and dynamic volumes. He takes the fabrics and manipulate them into loose and slouchy silhouettes in gigantic proportions. Shirts and blazers acquire improbable dimensions, covering the entire body and preventing from any usage of hands and arms, while roomy trousers envelop the body and cinch it at the breast line. An XXL tie draped over the model’s shoulder has the appearance of a shawl. If these elements follow an ambivalent gender character, he later adds some girly touches, challenging proportions through huge organza bows, low-necked minidresses unveiling the legs and funny pleated miniskirts.
The approach and the attitude of artisanship plays the major role in his fashion: he expressed the perfect marriage between the artisanal and the industrial through a strapless minidress made of countless labels hand-stitched together.