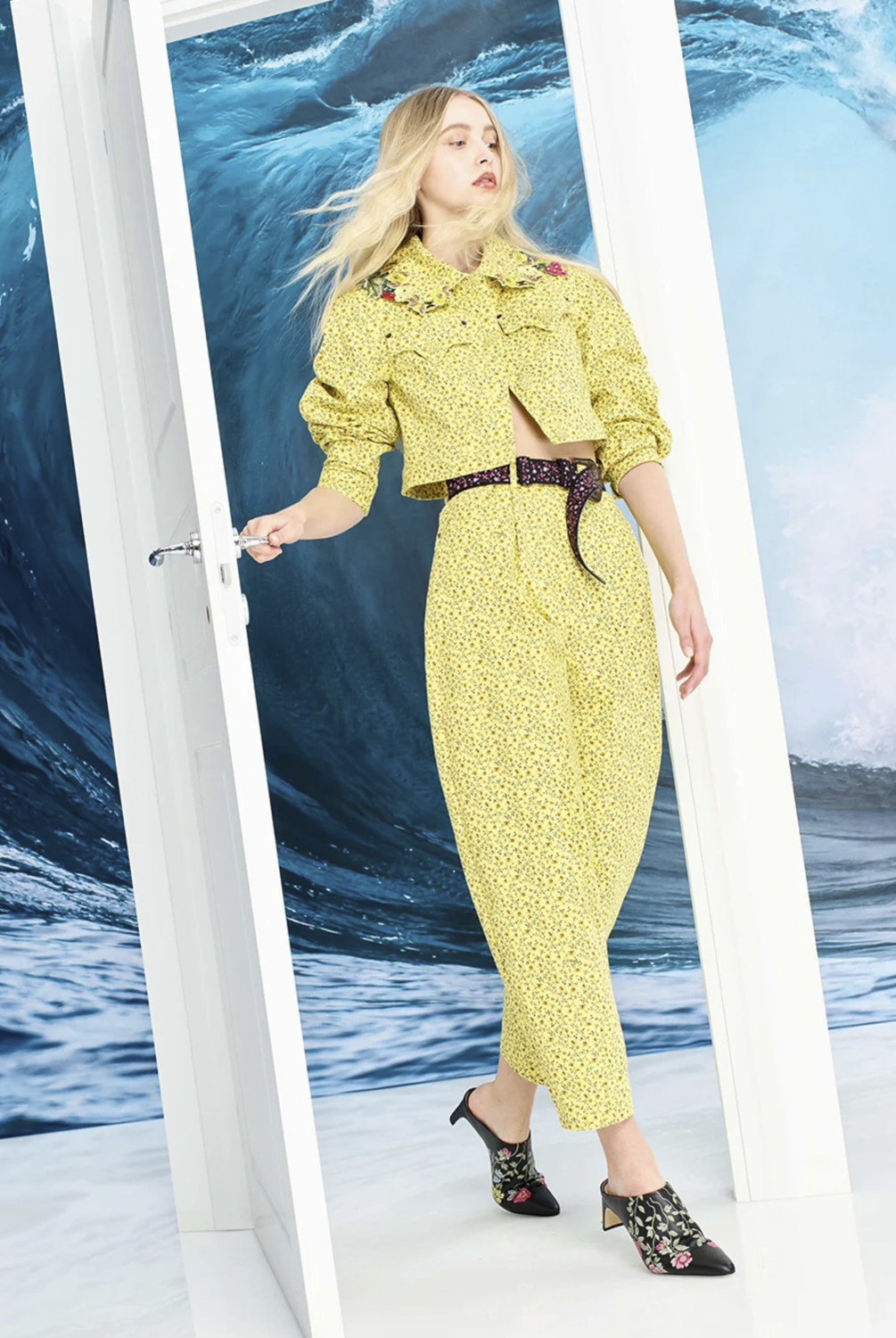 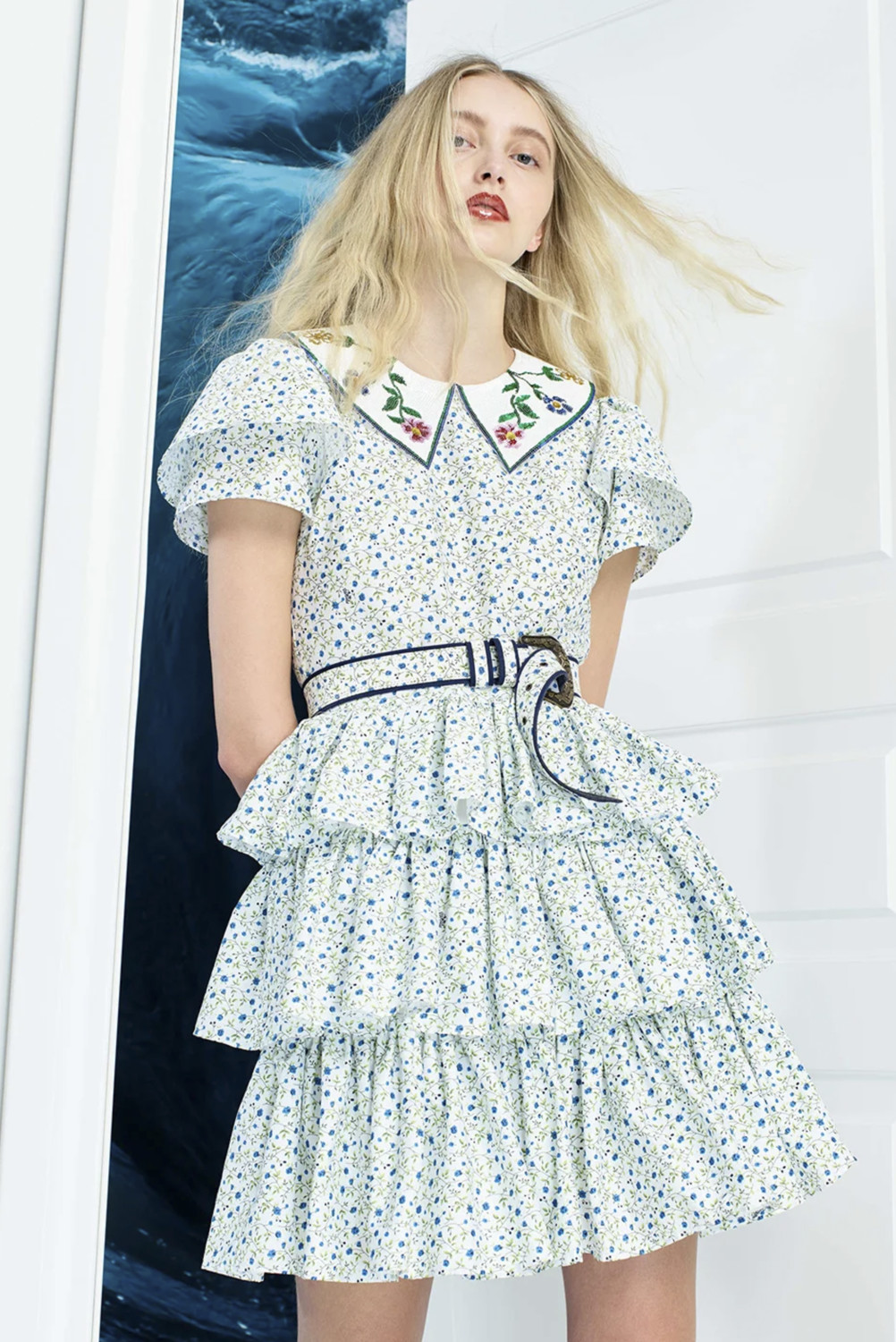 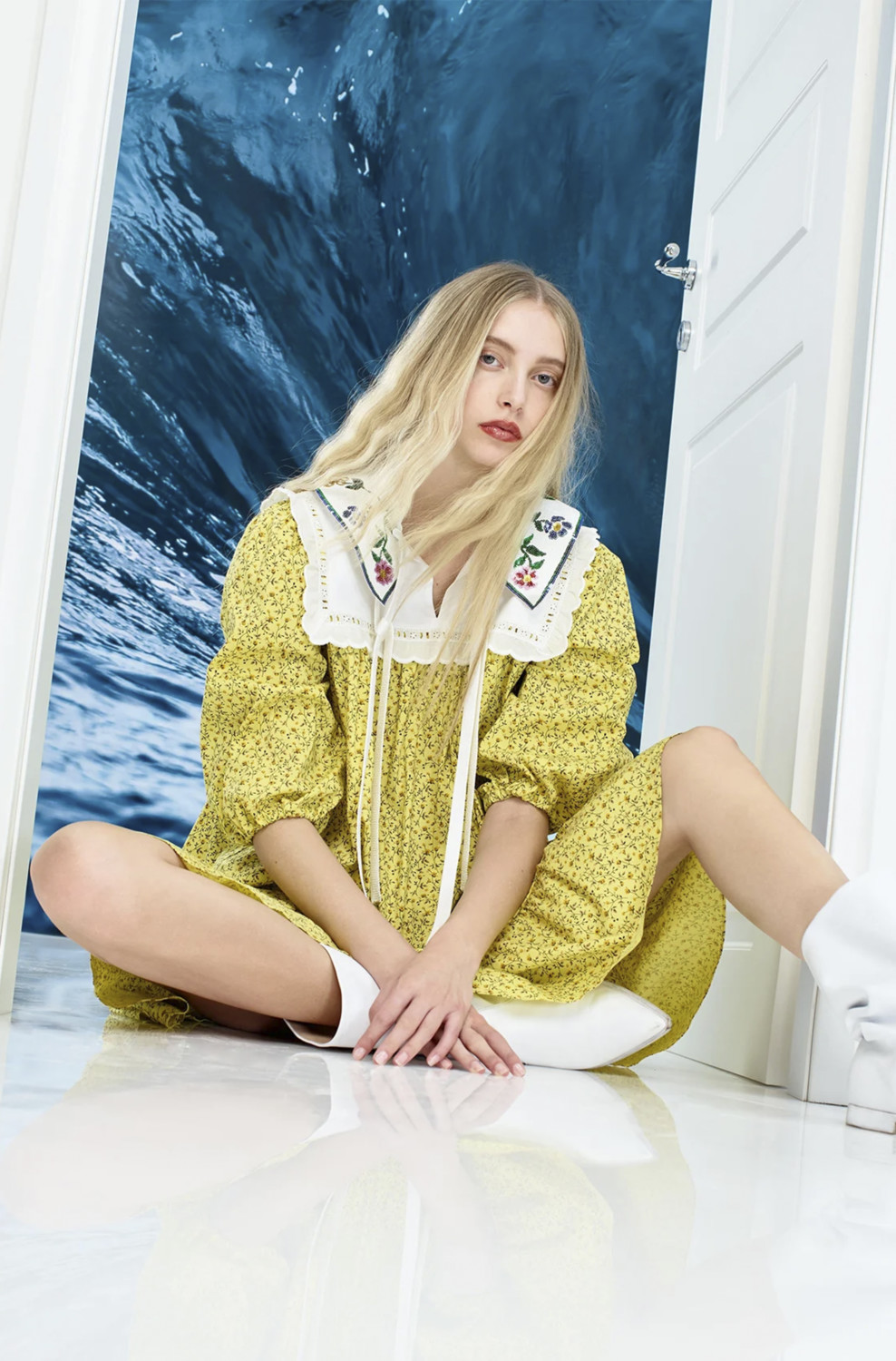 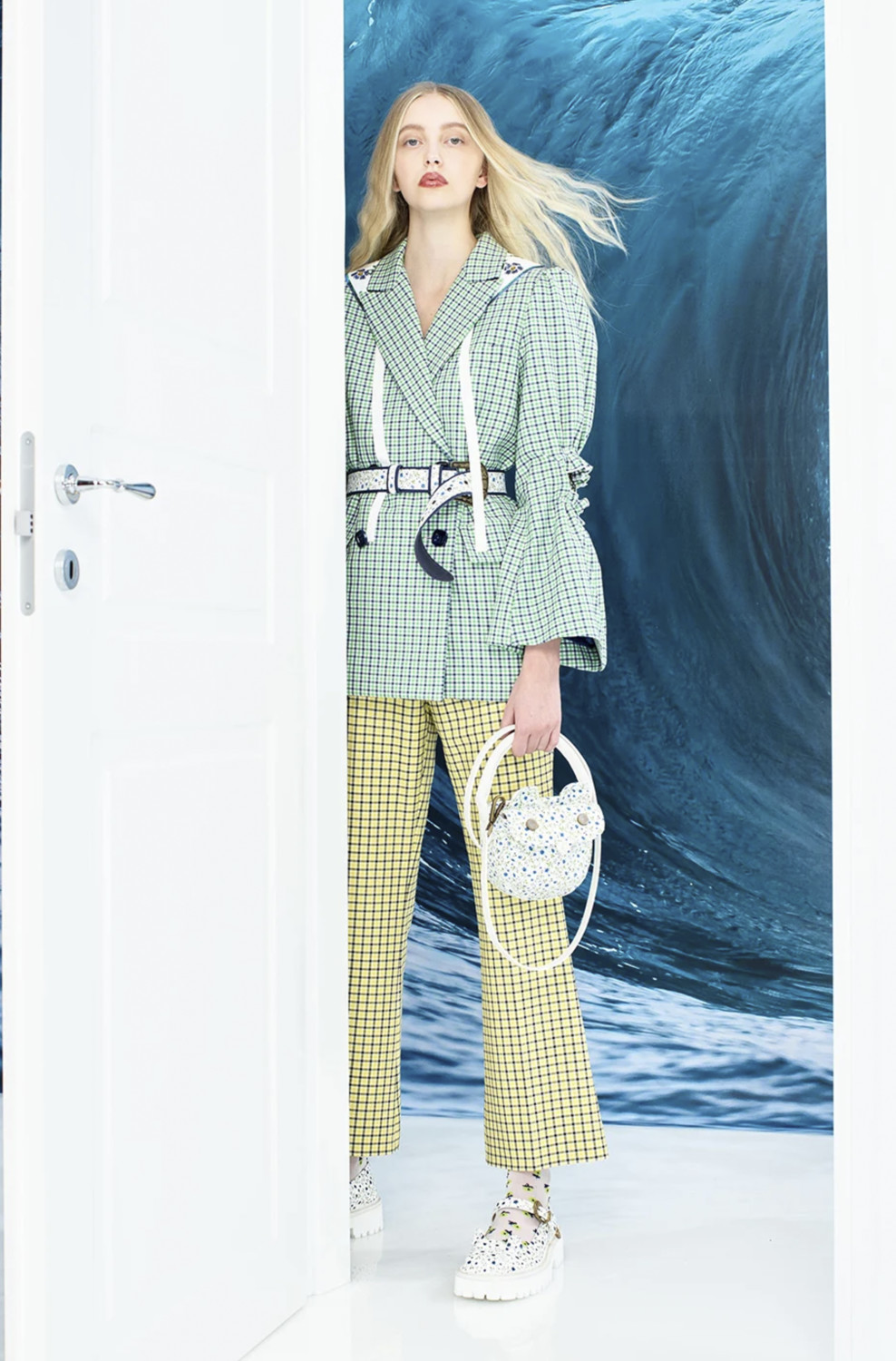 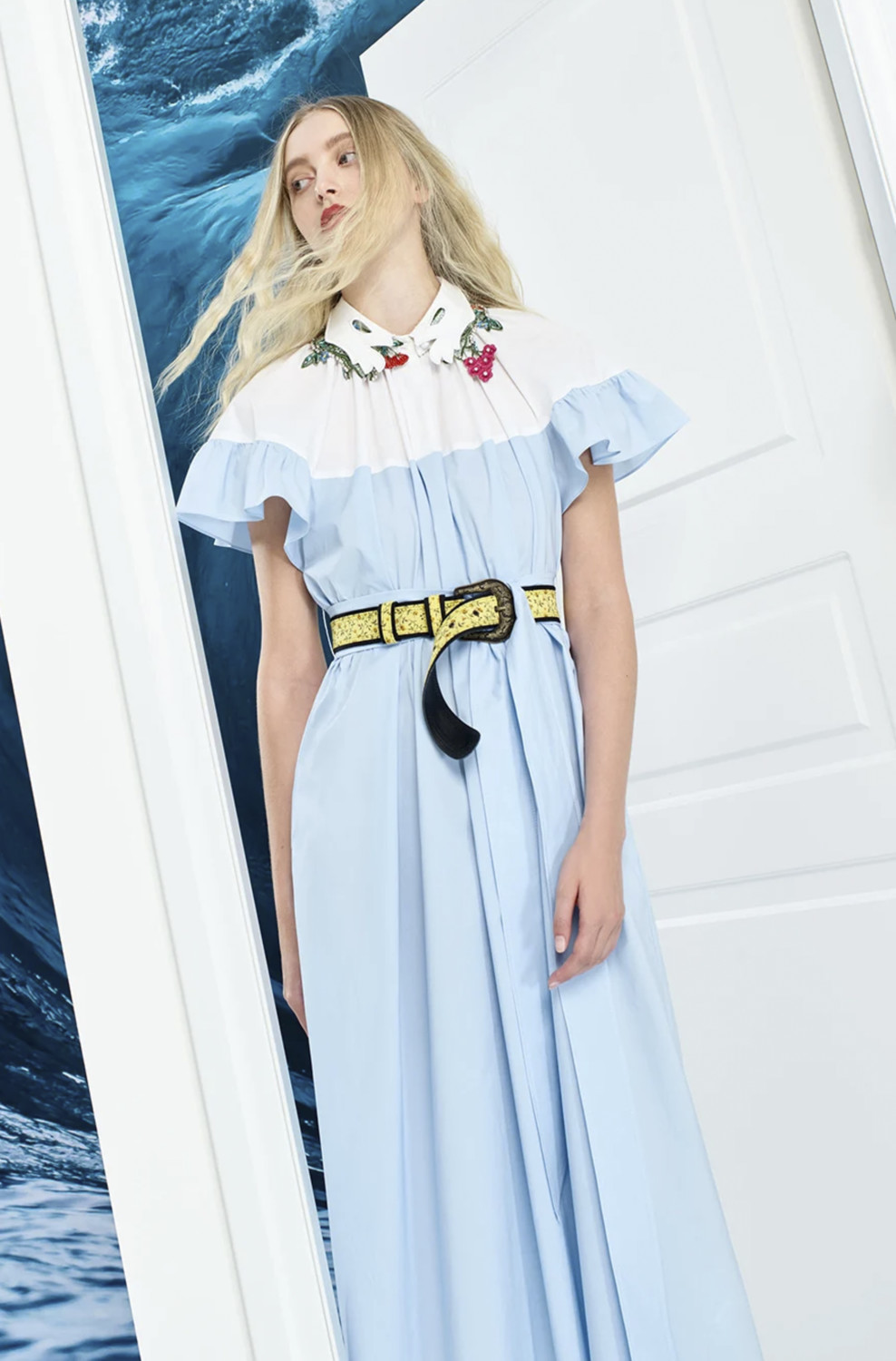 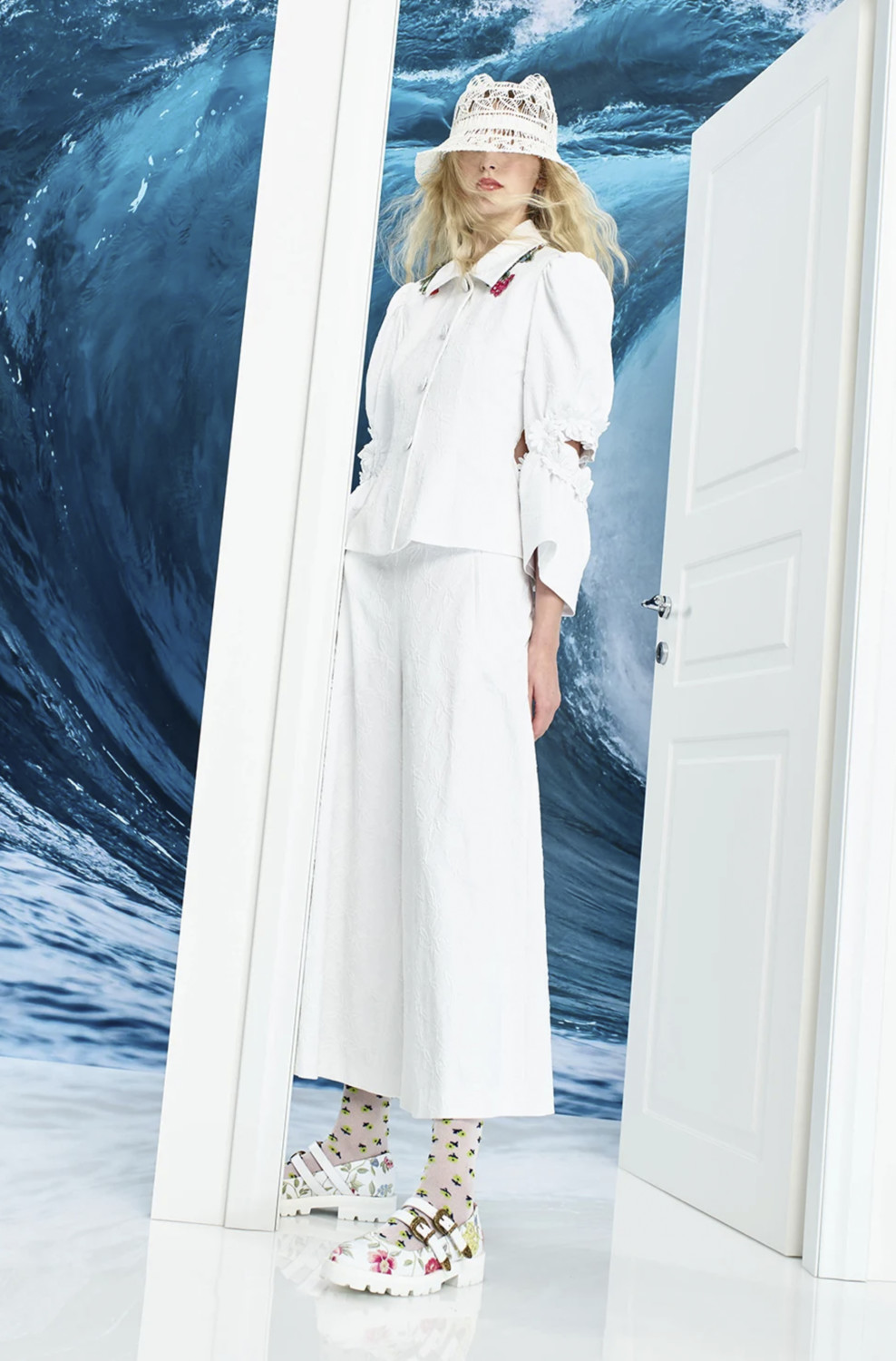 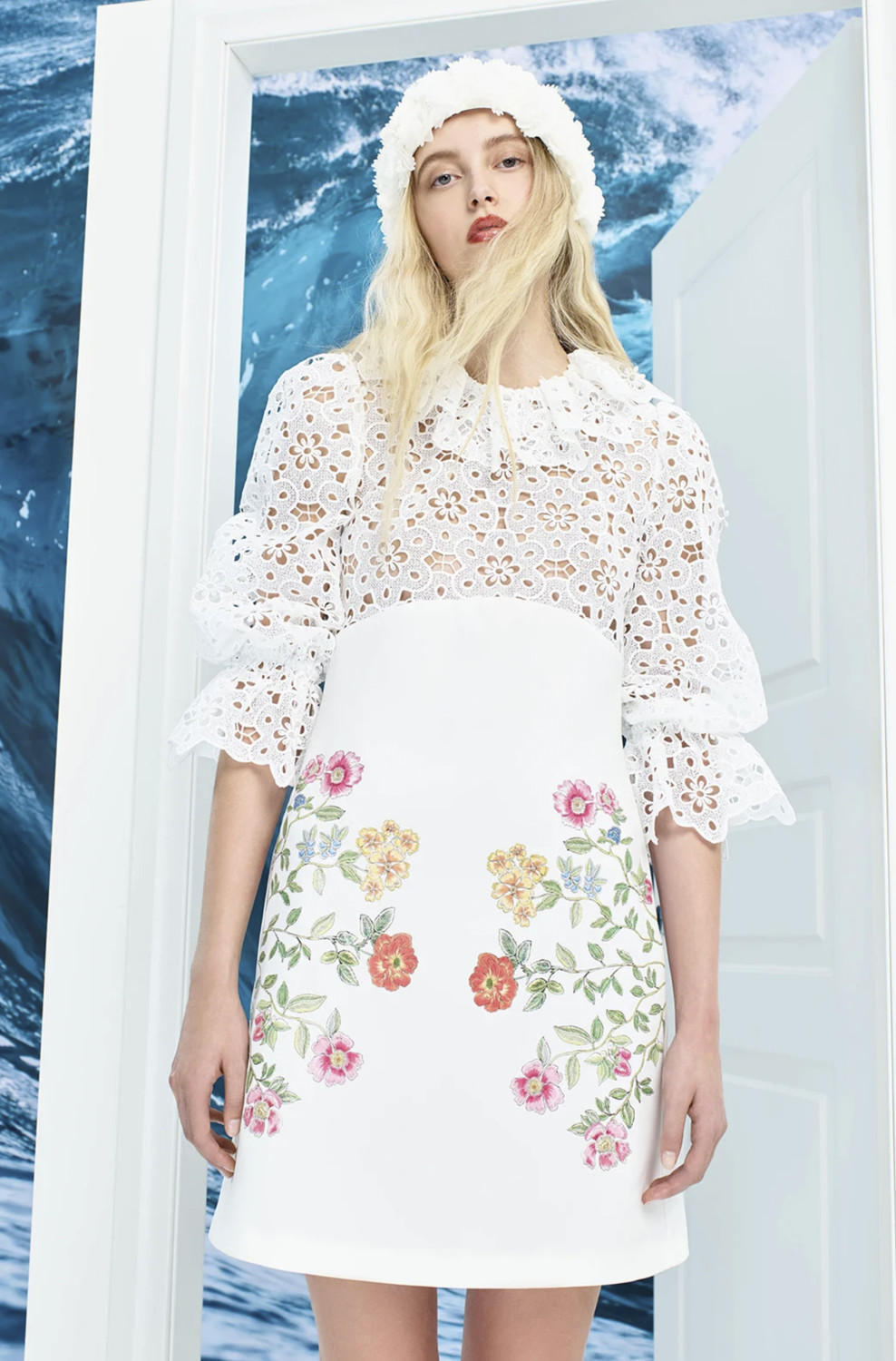 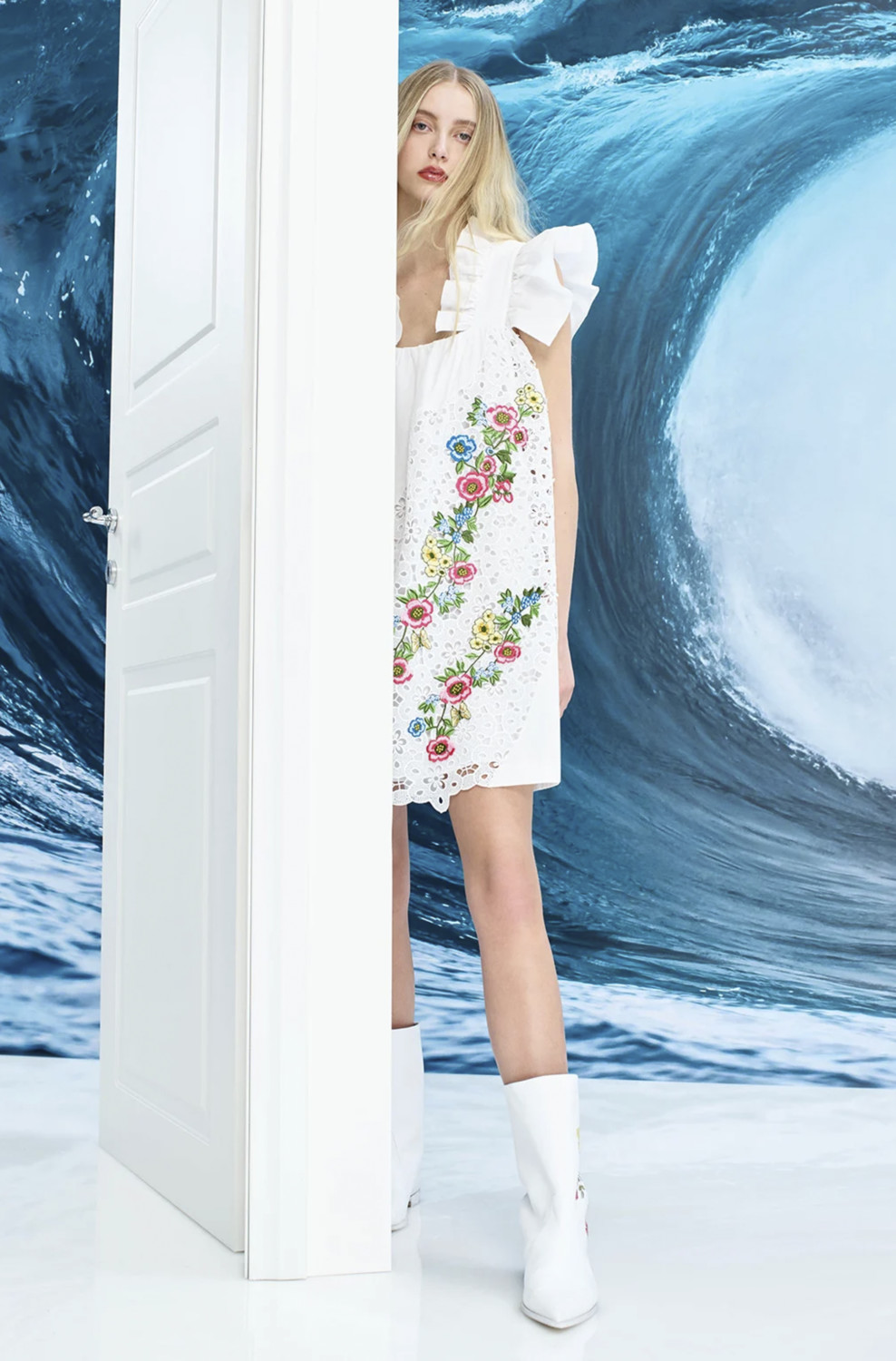 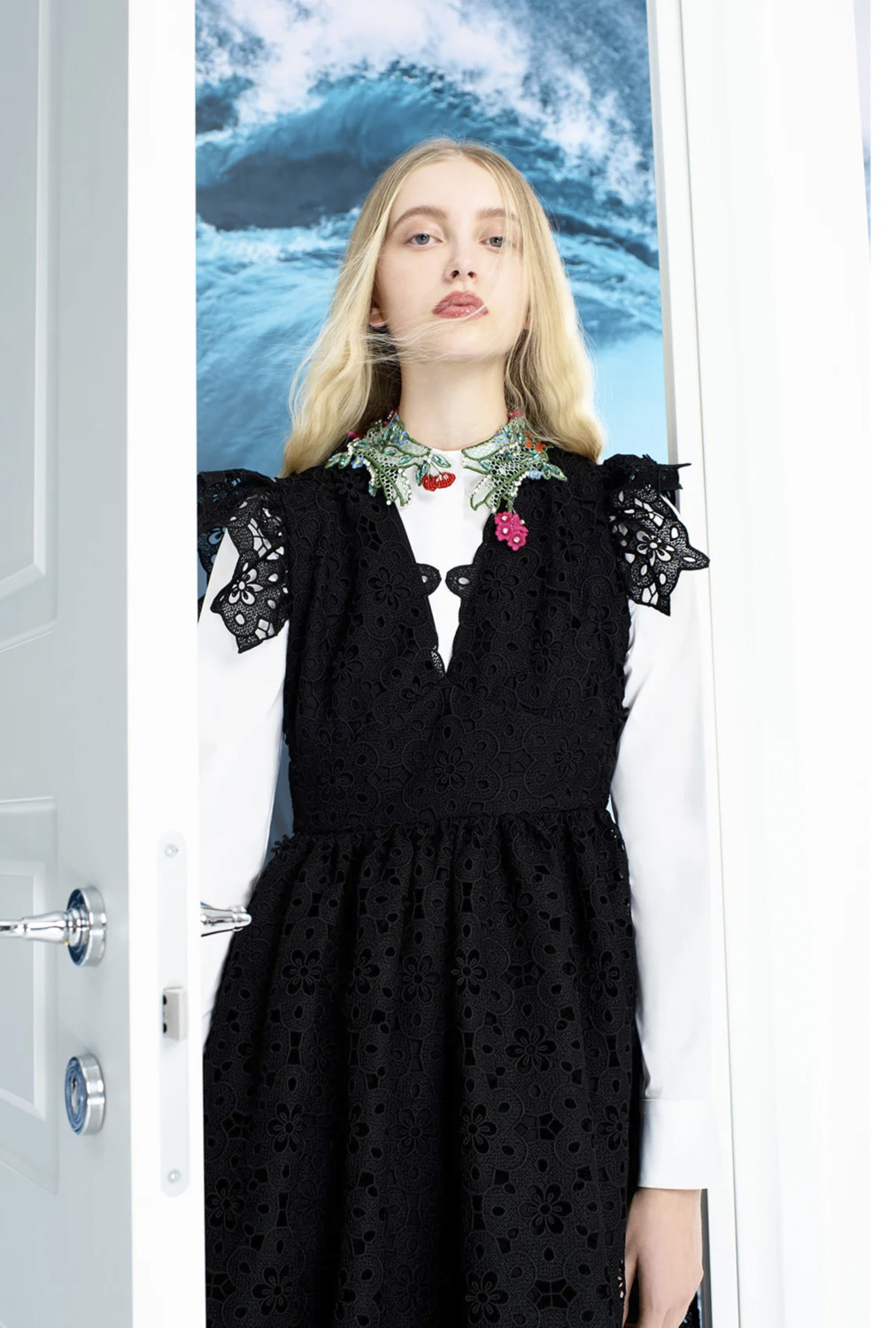 Some looks from Vivetta Resort 2021 collection 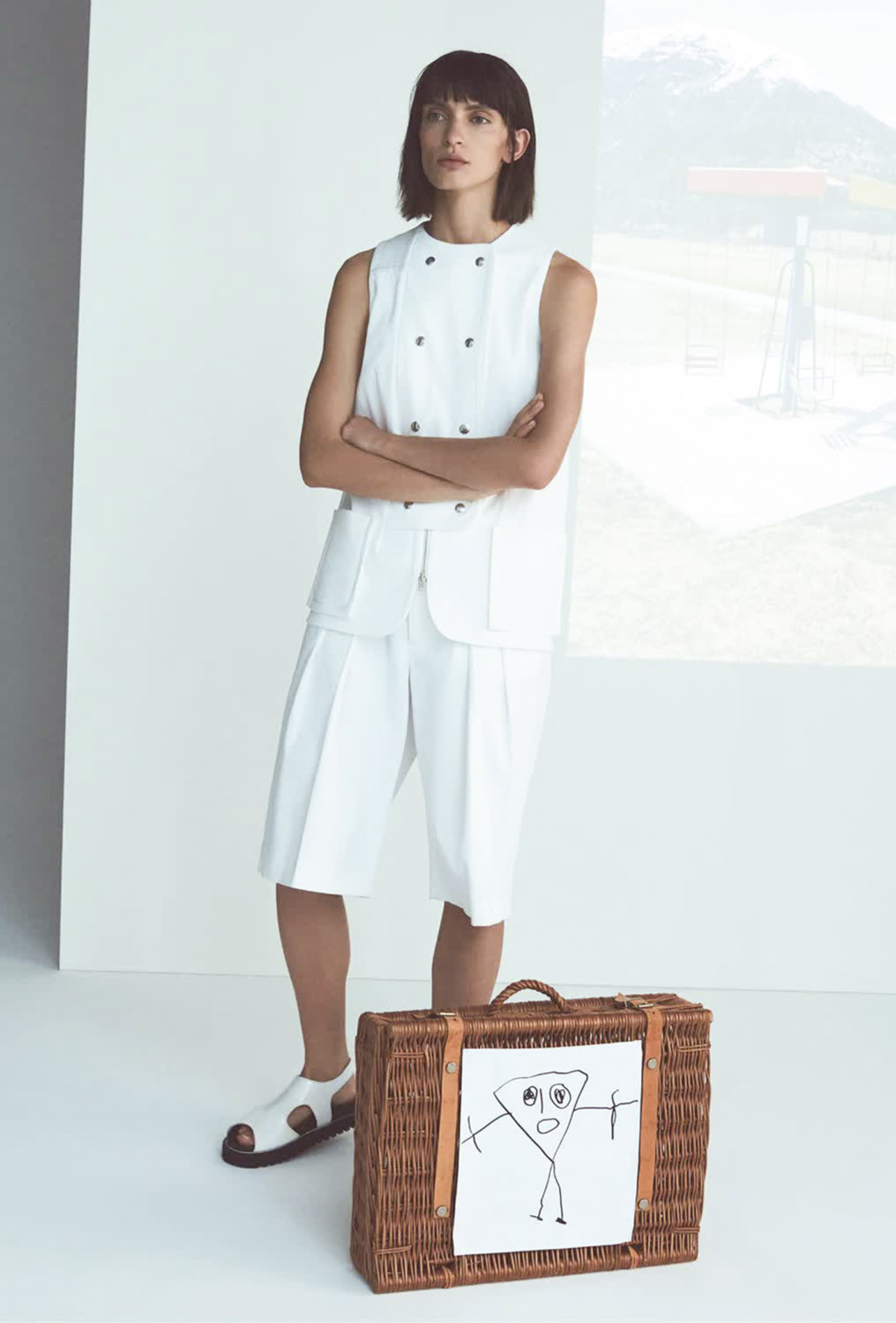 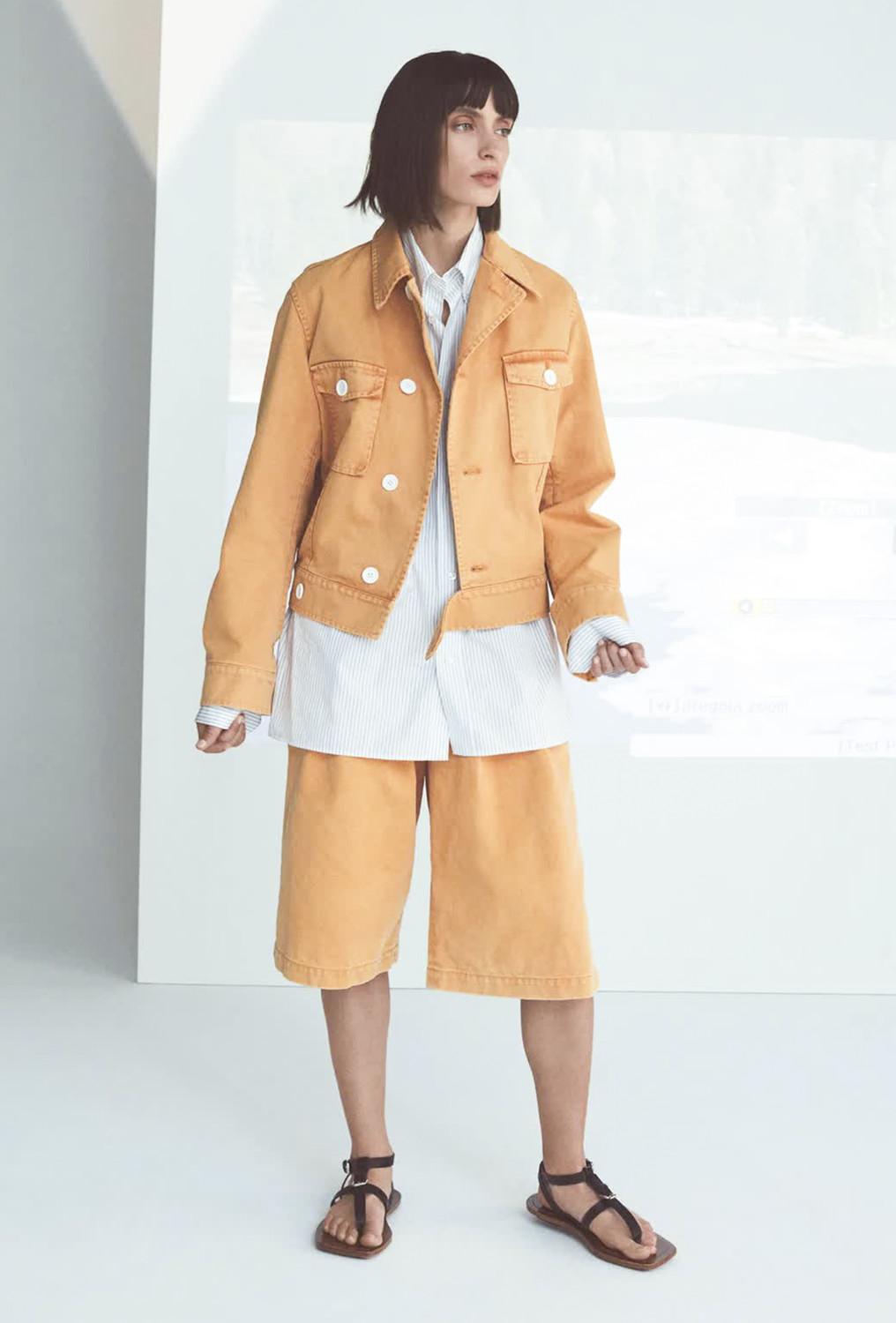 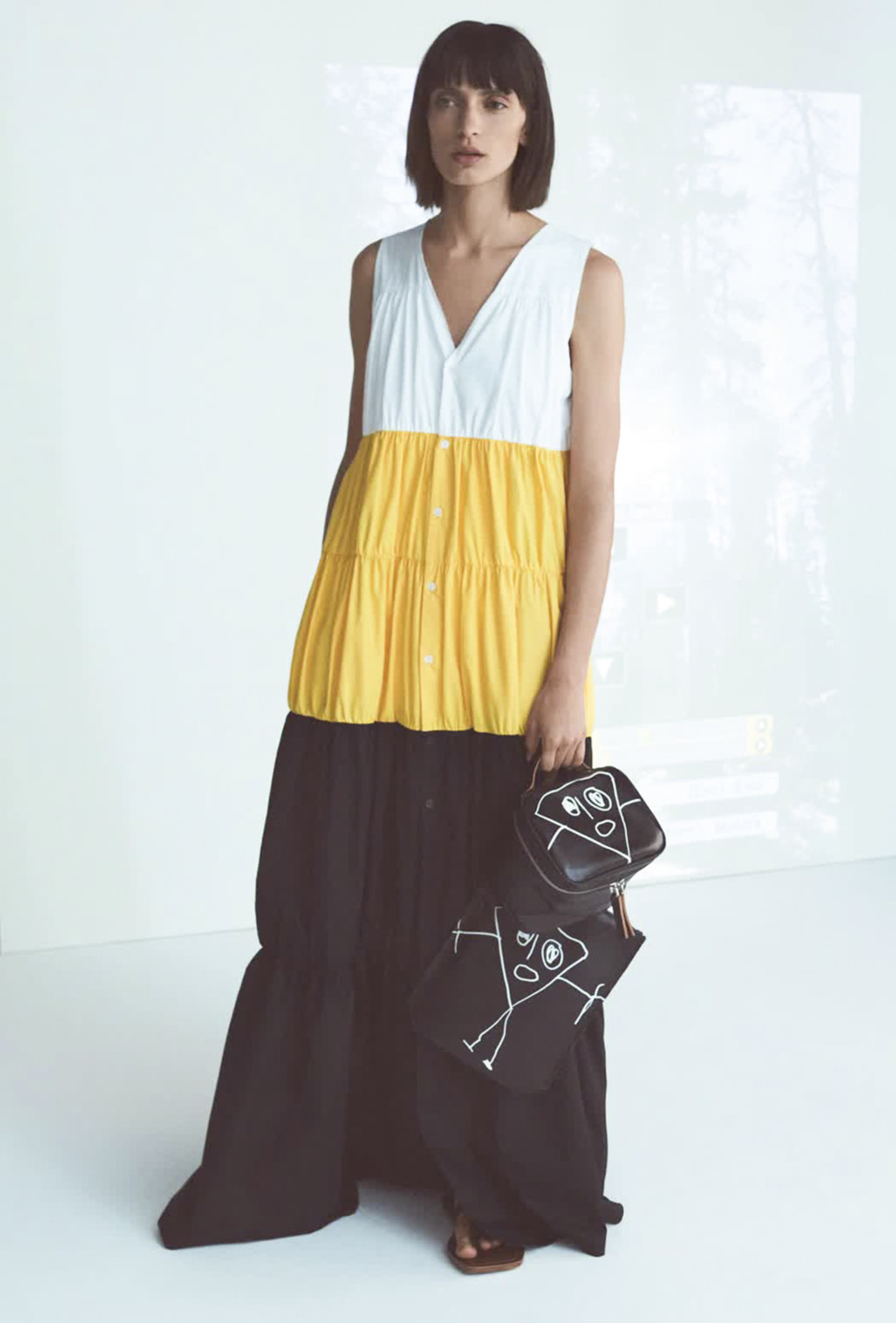 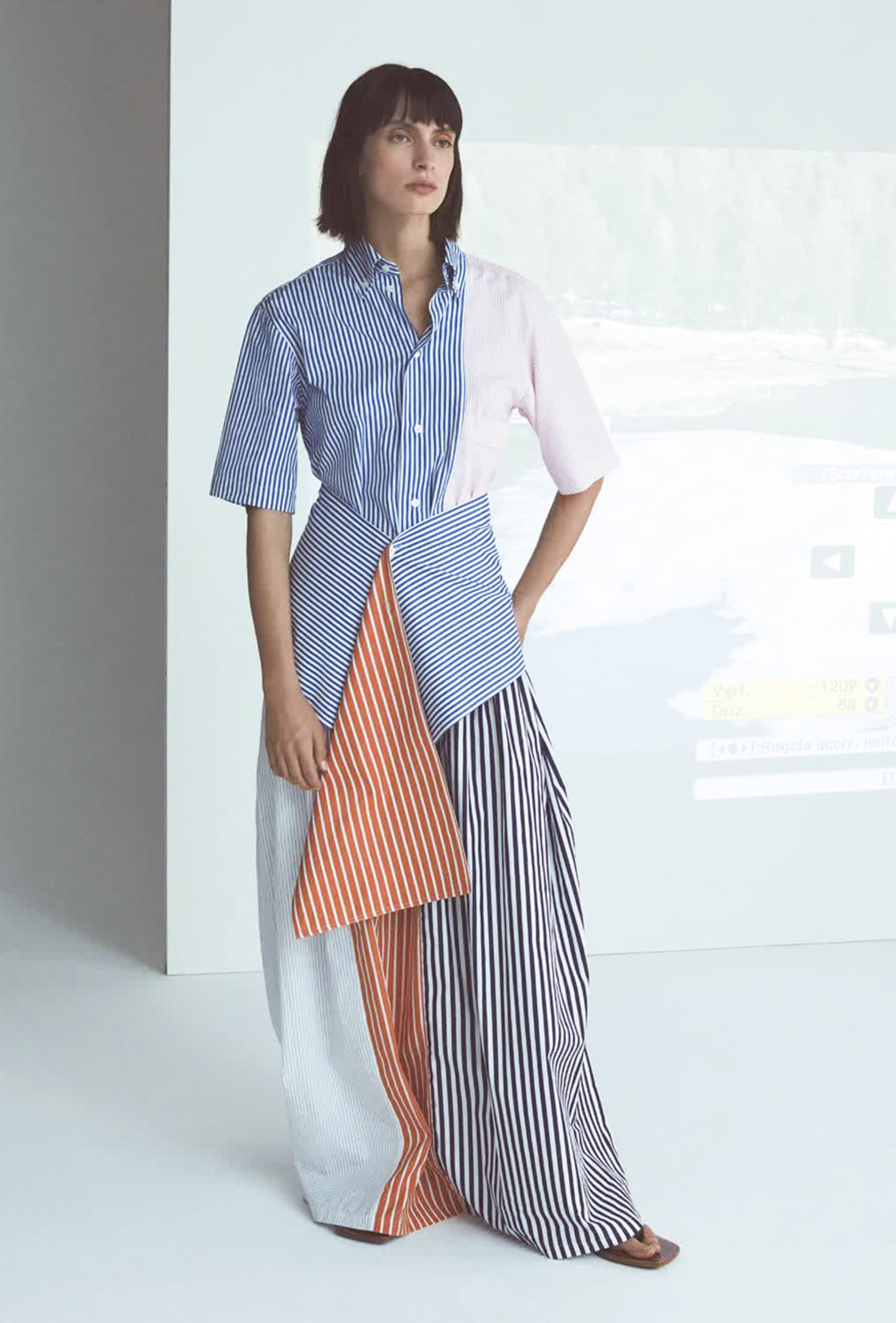 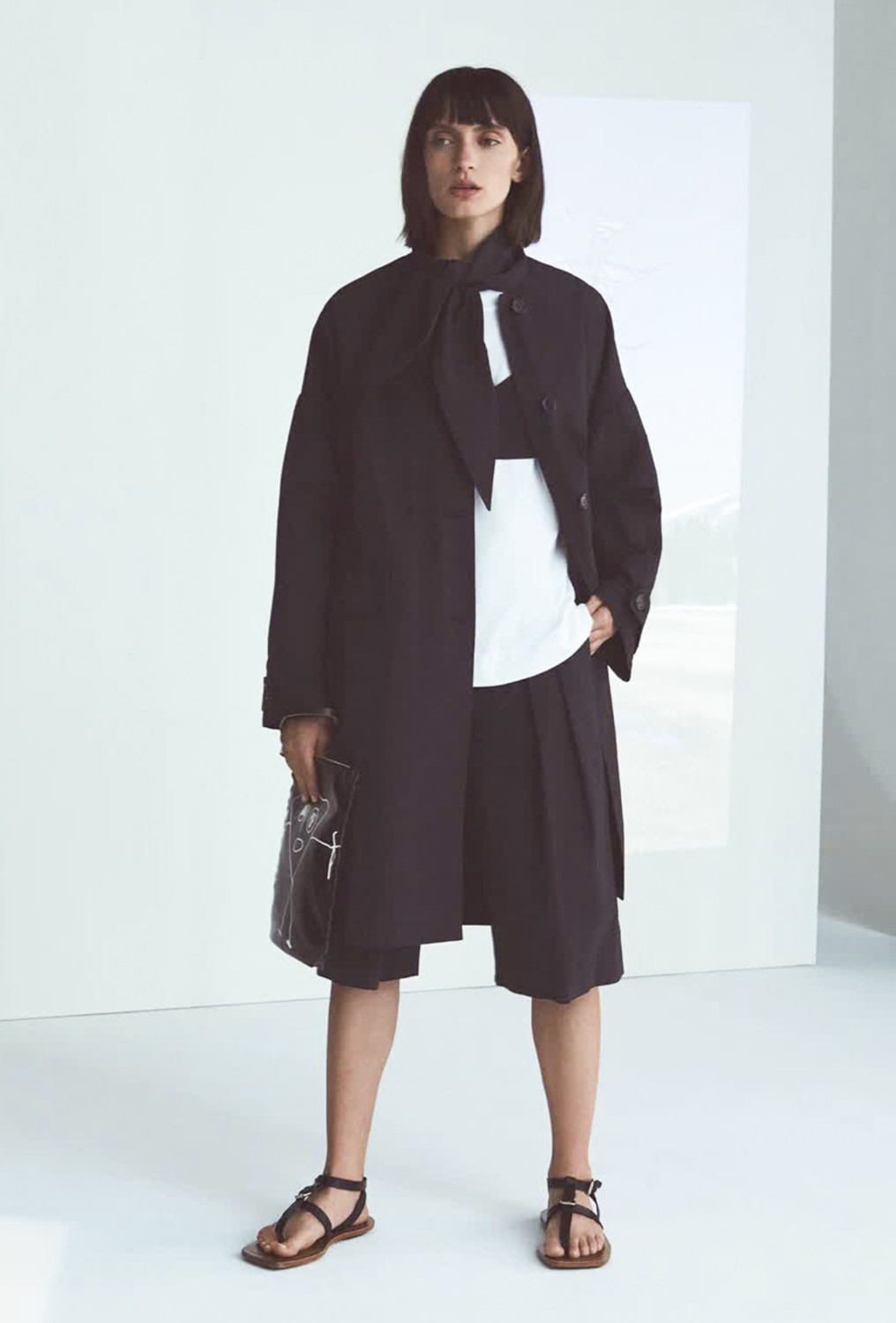 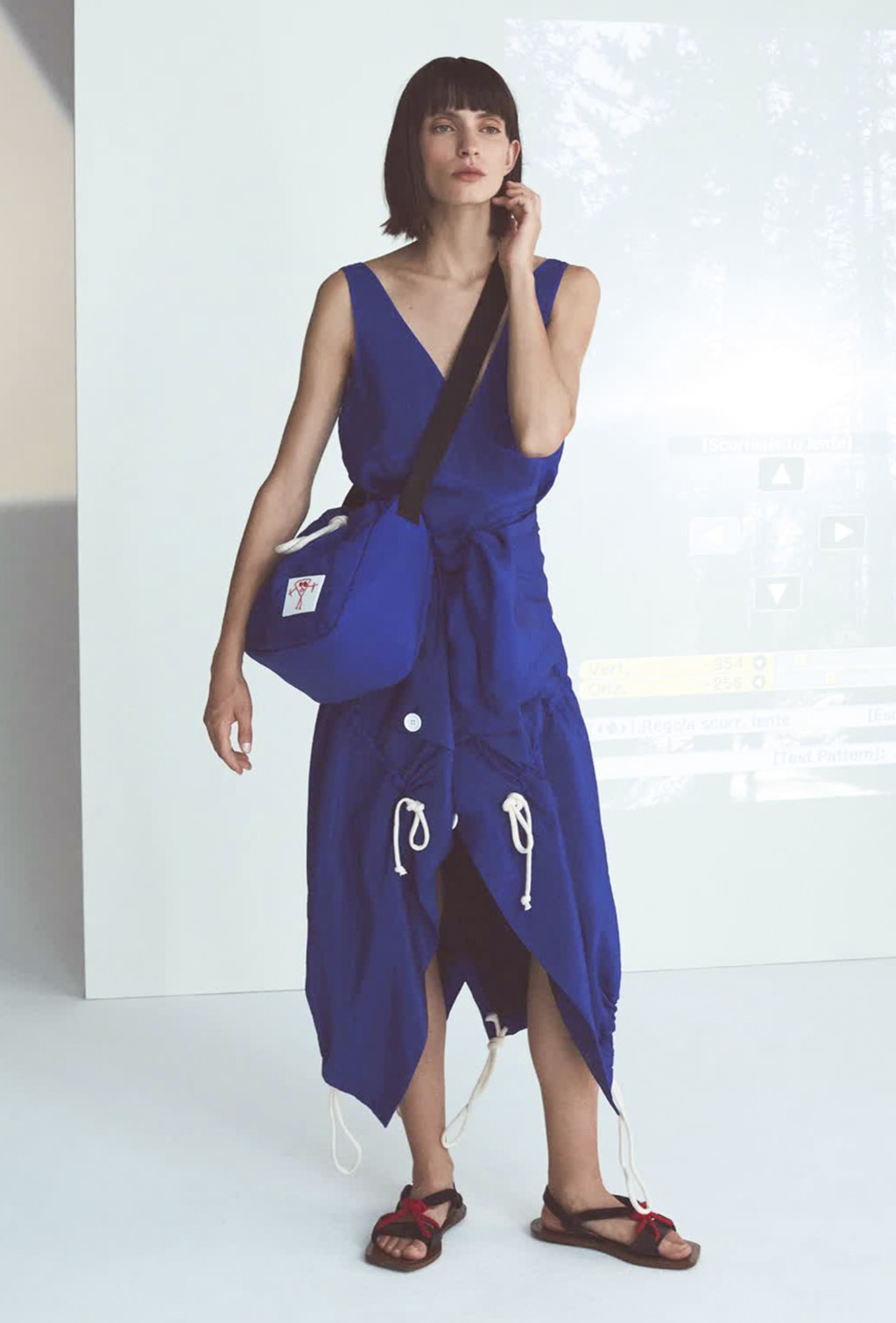 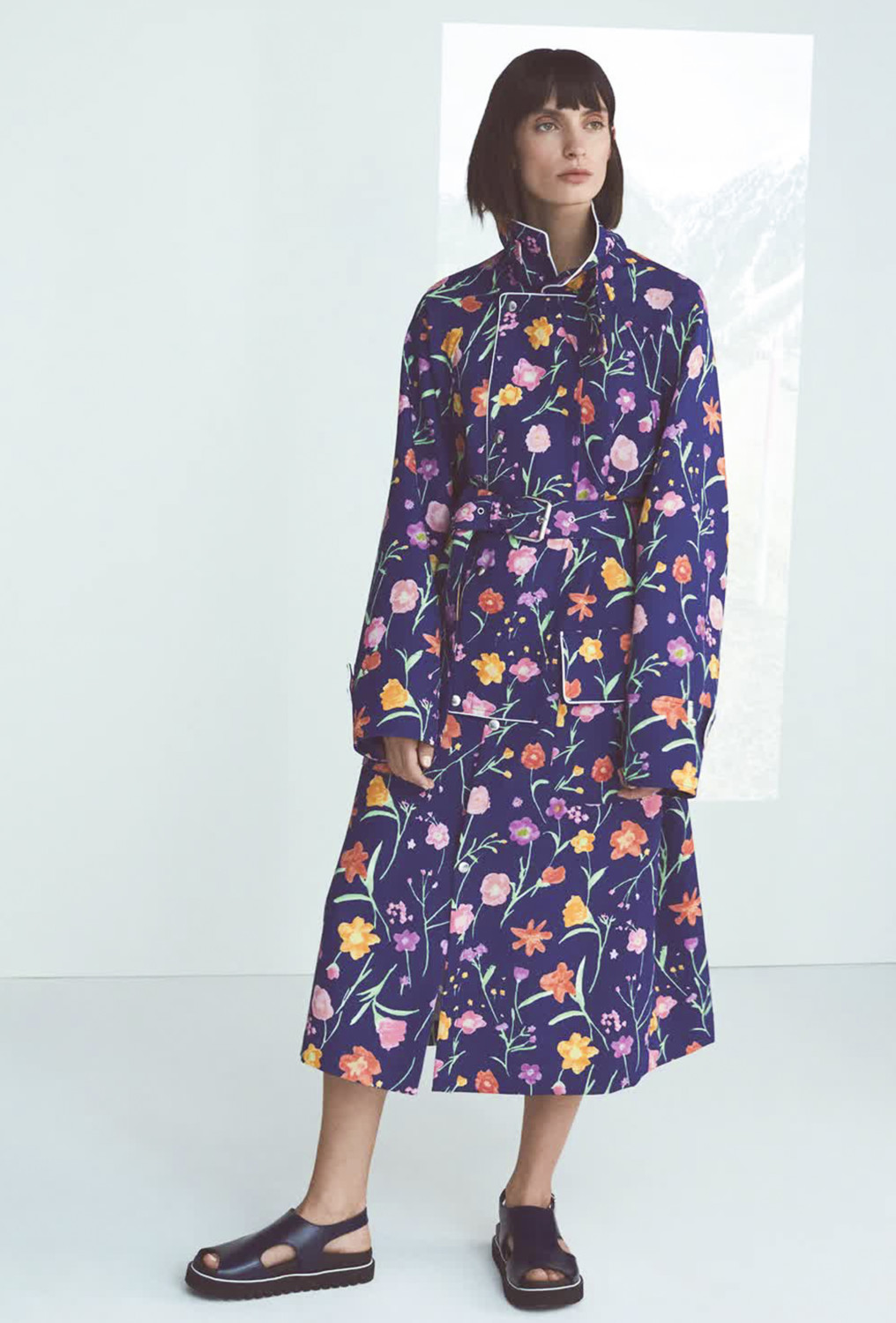 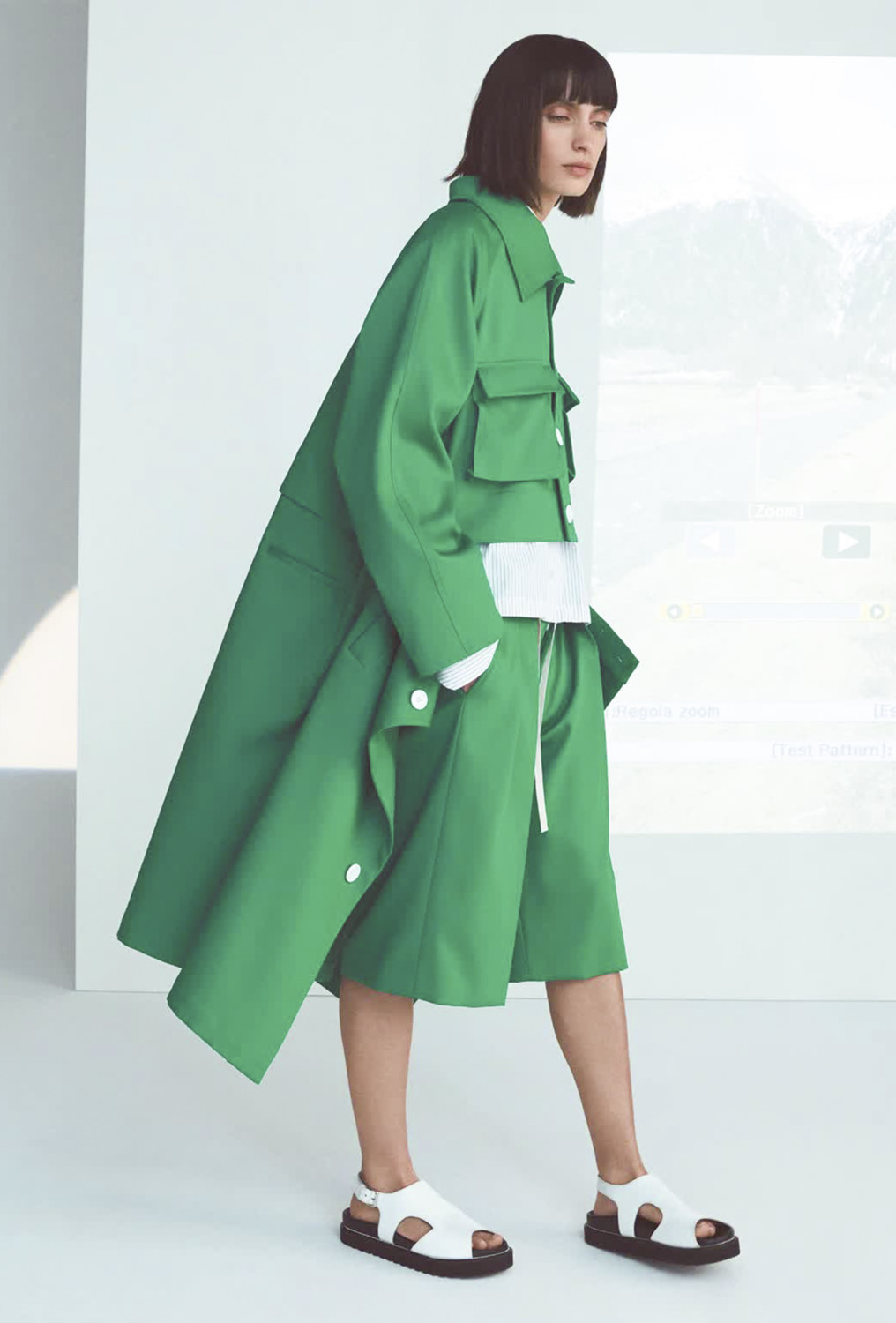 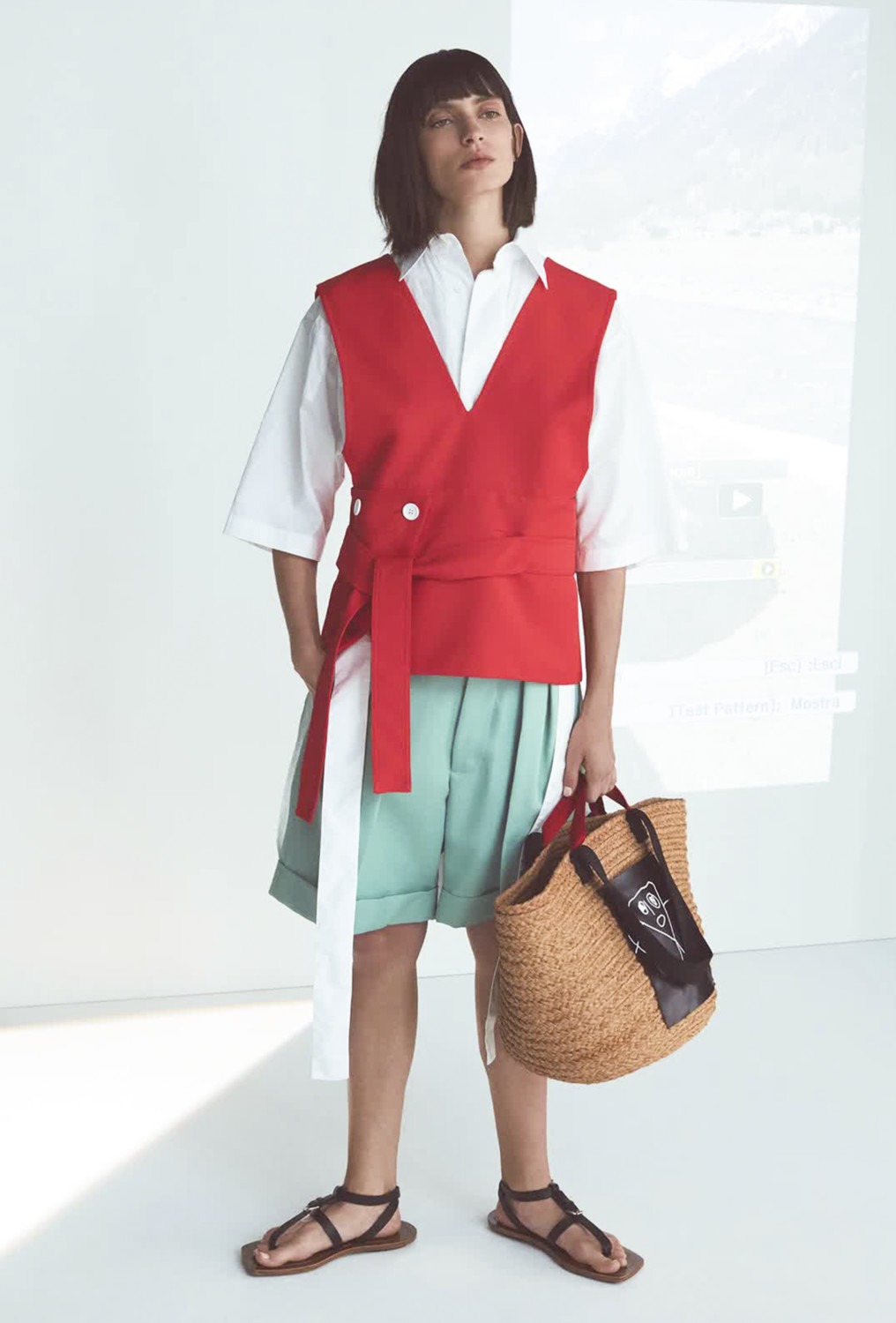 That Nature has always been a constant in inspiring ideas in fashion is somewhat predictable. Less ordinary is instead its elevation to salvific forms; a veritable escape path in response to the present times; or again, an idyllic place where to recover the lost equilibrium.
This perception of it comes to light more outstandingly than ever through the post-covid fashion, and many brands pointed it out with their digital shows. Finding stimulus rather than obstacles in the lack of standard runways, the fashion houses found themselves in the condition – among a wide range of settings – to choose the most adequate ones to express their moods.
Following in the footsteps of Elie Saab and Bouchra Jarrar of Haute Couture Week, or Rhude and Davi Paris at Paris Fashion Week among many others, Vivetta Ponti wishes for a return to a bucolic coexistence with nature, through nostalgic references. Drawing fully from her imagination, her childhood and happy memories linked to it, the Italian designer represents the power of dreams and the play of thoughts with her new Resort 2021 collection. The Vivetta dresses are almost fusing with nature itself; like a heap of flowers, the microfloral prints confuse with each other in the midst of uncontaminated natural landscapes, worn by Venuses-models while lying down on the grass and playing with flowers. Blooms blossom also on the jewel sequined-collars, on socks and Mary-Jane shoes, or again, in three-dimensions on the headpieces; romantic details – occasionally surreal, like Vivetta’s signature hands-around-the-collar motifs – are declined in different versions, through macramé lace. embroideries and precious appliqués.
With a strongly poetic imprint, Nature is analyzed in an extremely precise and focused manner in Plan C: during the lockdown amidst the natural landscapes of the Swiss Alps, the creative director Carolina Castiglioni embraced the most innovative visual language of Google Street, to take us on an immersive perspective in the middle of a wood from a 360° viewpoint. What emerges is an augmented reality made of sounds, colors, light and shapes. Not even the garments can escape from this framing: they are broken up from different points of view and revealed in their fascinating executive rigor and discreet luxury.
Composed by oversize shirts with detachable polo necks, waisted dresses, bomber jackets and de-structured trenches, with a captivating play of stripes, the Spring 2021 collection aims at expressing the beauty of nature, the passing of the seasons and the constant changes caused by time. “A graduated place that changes just like the shade of a cloud. I wrote about how everything is imperceptibly moving; the vertical rain, the lake shore. (…) Nothing is still and each time night follows and it’s beautiful“, a voice whispers in the film Everyone is a landscape, directed by Luca De Santis and previewed during Milan Digital Fashion Week.
A white dress is opening the scene as a symbol of winter, followed by a rainbow of colorful dresses which represent the rebirth after the immobilism of the snow, and finally, the joy of summer. The collection in its entirety is an ode to nature, as the house to which everyone belongs: “I write about a home that is not a building, the sonic picture of a window, I wrote about a place where we have always been“.
Discover more contents of Milan Digital Fashion Week platform:
See all the photos and videos from MFW of our database:
SEE THE FULL SHOW